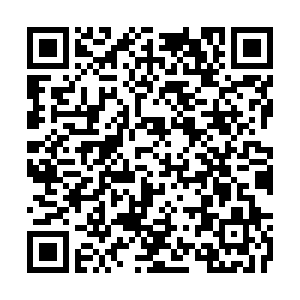 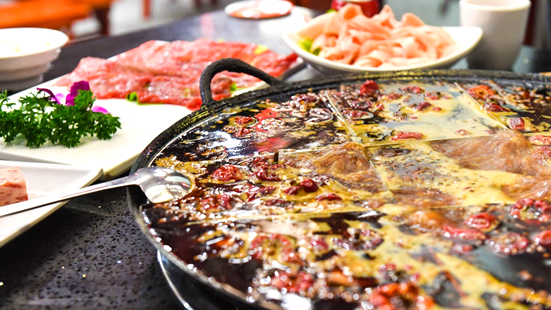 Cool, rainy weather has arrived to Great Britain's capital and has perhaps added to the slightly homesick feeling for many Chinese people living overseas. For those dying for something to comfort their stomachs and lonely hearts, a beef hotpot at the oldest Sichuan restaurant in London's China Town can be just the right medicine.

Jiu Gong Ge Hotpot, literally means the pot is divided into nine equal parts for boiling different foods, or for people to share. Many Chinese restaurants offer similar hotpots in the style of southwestern China's Chongqing. But this one serves distinctive sirloin and beef tendon spicy hotpot, the only one of its kind in London.

It takes four hours to stew the meat and all the side ingredients are the restaurant's secret weapons. 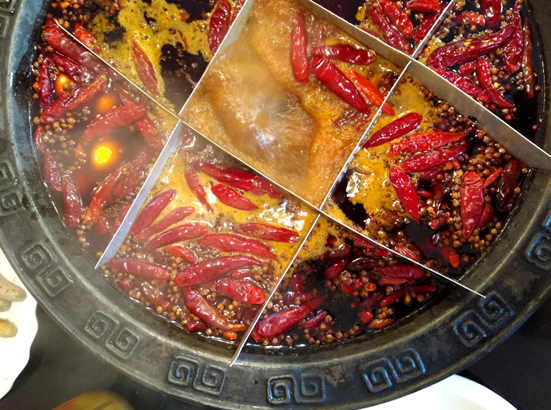 The diners are welcome to treat their taste buds to tens of ingredients to make their special sauce. There are dozens of meat, seafood, tofu and vegetables as side dishes.

This was the earliest Sichuan flavor restaurant to open in London's China Town. All the ingredients are purchased and transported from Chongqing, while the beef is 100 per cent grown in England.

"I came to UK after I retired from the army. I used to work in some Cantonese restaurants but I came to realize that Sichuan delicacies were becoming popular among Chinese communities as more and more Chinese students started coming to England to study," said Empress of Suchuan manager Wu Feng. "I encountered a lot of unfriendly behavior from local people when I started here, so did the students. But the situation has changed a lot since more and more students and tourists have arrived."

Wu, a native from eastern China's Fujian Province, said he is very proud to work at Jiu Gong Ge Hotpot.

The rapid development of China's economy has encouraged a large number of students and tourists to come to the UK, and Chinese restaurants have benefited from the boom. Now, the Chinese in London don't have to travel far for a taste of longed-for hometown gourmet food.