China and Uzbekistan seek prosperity through reform and opening-up
CGTN 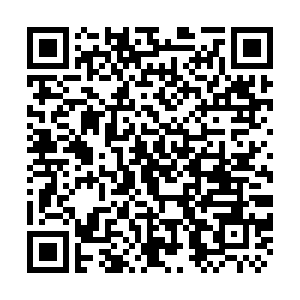 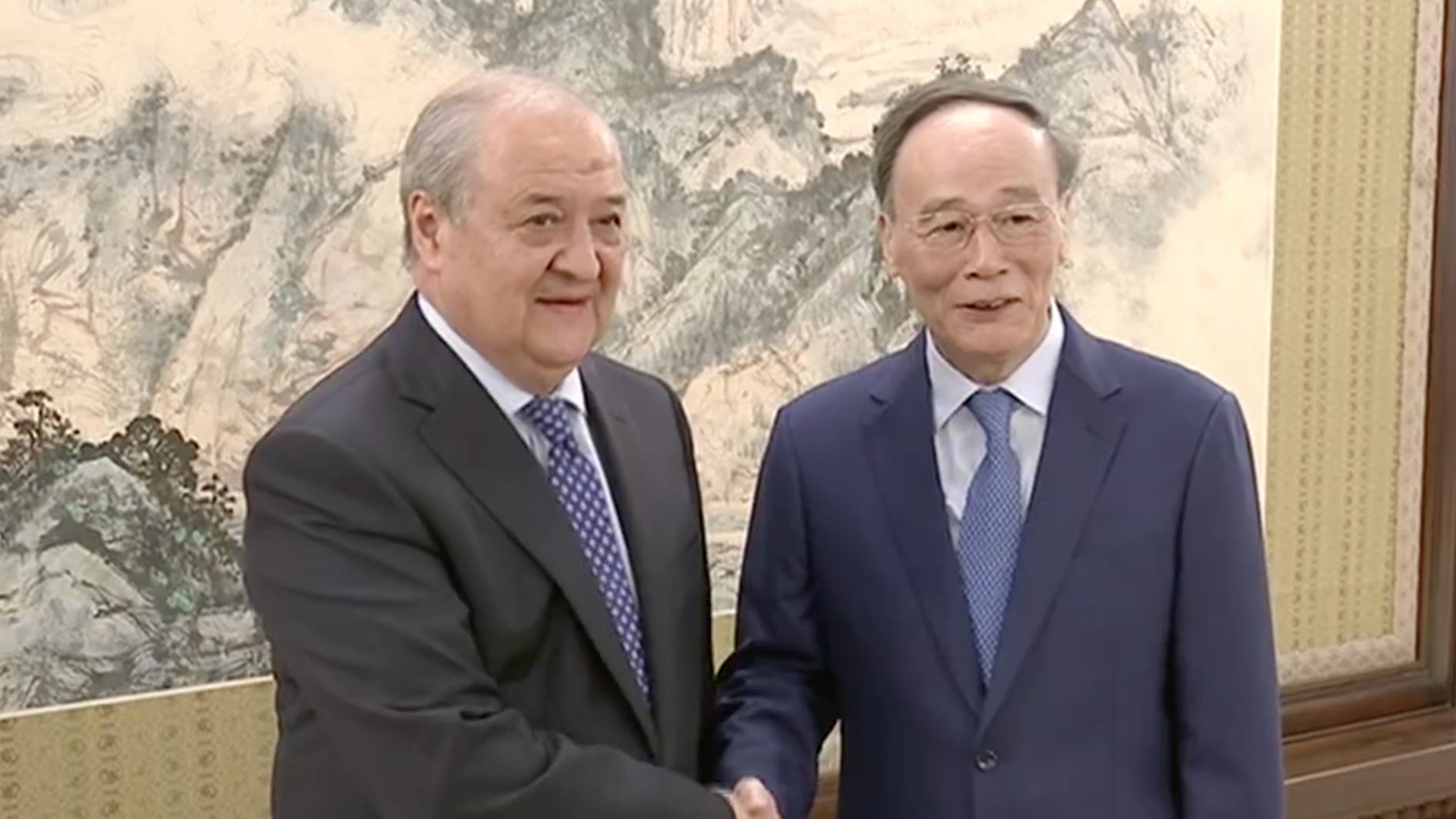 Chinese Vice President Wang Qishan said on Monday both China and Uzbekistan are committed to realizing national prosperity, rejuvenation and people's happiness by reform and opening-up.

Wang made the remarks during a meeting with visiting Uzbekistan Foreign Minister Abdulaziz Kamilov in Beijing.

Wang said Uzbekistan is an ancient country along the Silk Road and the two countries have enhanced cooperation in all areas since they established diplomatic relationship 27 years ago.

"The higher the target, the better we need to manage the time and maintain our strength and patience and achieve the strategic goals step by step," said Wang.

Kamilov spoke highly of the efforts China has made in regional cooperation and peace and stability. He said Uzbekistan is willing to enhance interconnectivity with China and strengthen cooperation under the Belt and Road Initiative (BRI). 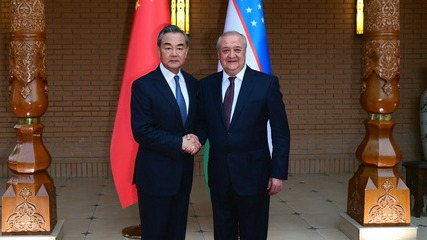 Noting China and Uzbekistan are good neighbors, good friends and good partners, Wang said the two sides are enjoying solid political mutual trust and fruitful Belt and Road cooperation, and firmly supporting each other on issues concerning their core interests.

China will work with Uzbekistan to strengthen all-round cooperation, and continue to enrich their comprehensive strategic partnership, Wang said.

Uzbekistan supports the de-radicalization measures in China's Xinjiang, he said, adding that no foreign country has the right to interfere in China's internal affairs.

1,500 Chinese companies are investing in Uzbekistan 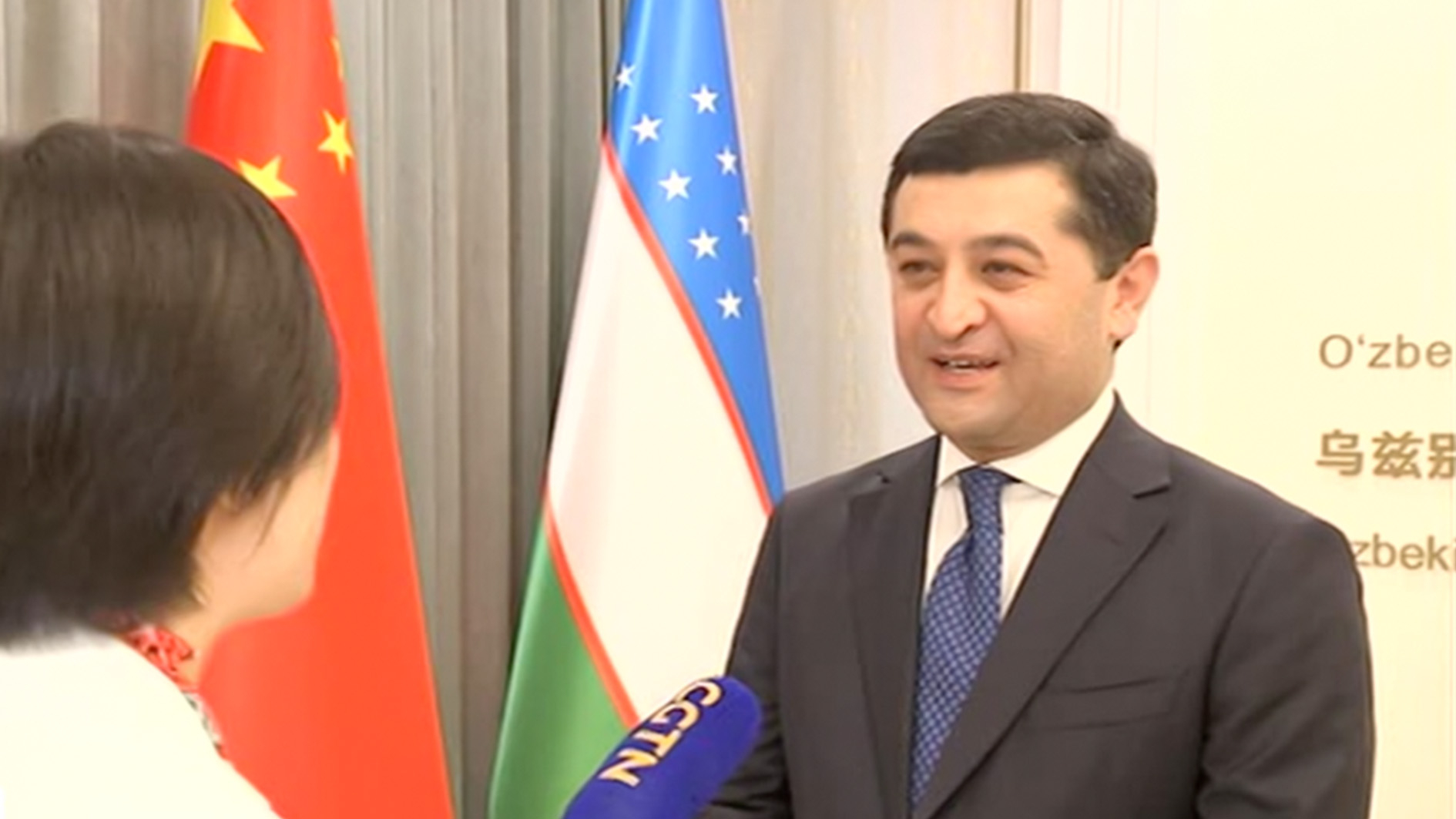 Since China and Uzbekistan established diplomatic ties in 1991, bilateral trade volume has grown over 100 times. With Uzbekistan unveiling a new embassy in Beijing, Ambassador Saidov Bakhtiyor told CGTN that the Central Asian country has great expectations for its relationship with China.

"Bilateral trade doubled from 2017 to 2018, and our goal now is to have the volume double this year too," Bakhtiyor said.

There are currently over 1,500 Chinese companies investing in Uzbekistan, which is twice the number of 27 years ago, according to the ambassador.

"As we have played a key role on the ancient Silk Road, we will contribute to the Belt and Road Initiative," he stressed.