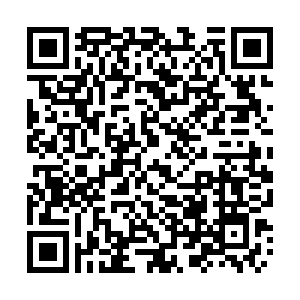 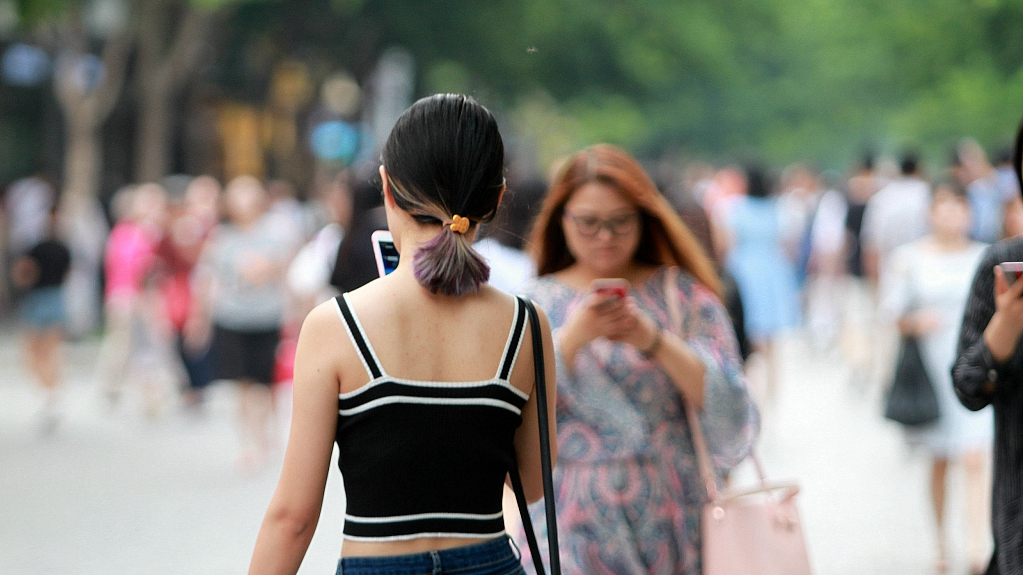 Perhaps one of the quickest ways to ignite the internet today is pitting men and women against each other. That's why, when a Chinese social media writer alluded to the alleged lack of freedom for the country's women and girls to wear what they like in public, a war of words erupted.

Last week, an article titled "Wish Chinese girls the freedom to dress" went viral after it was published and widely shared on WeChat, the most popular social network in China. The author, who mainly writes about movies, argued that women in China often face undue scrutiny over how they dress in public, and as a result are shamed for wearing clothes that would be considered normal in a freer society.

One example of this lack of freedom cited by the author was the recent controversy over the low-cut camisole a Chinese actress wore at the airport. This choice of clothing led to the actress being cyber-bullied on her Weibo account, with some netizens accusing her of "seeking attention with her breasts" rather than her work. 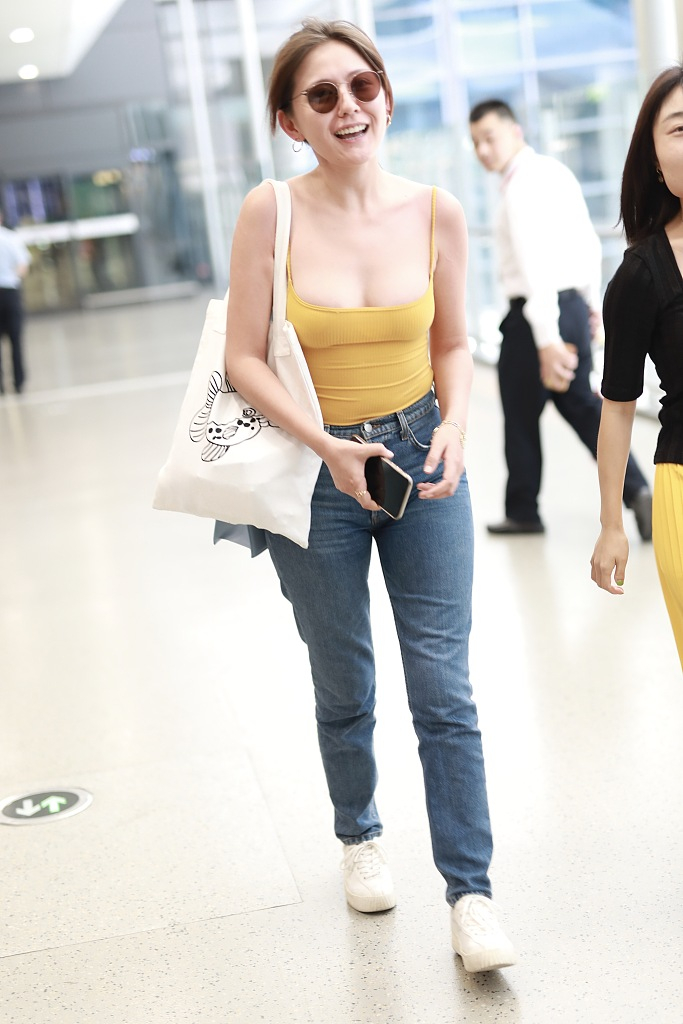 Women are subjected to vulgar jokes and malicious comments, often from other women, if their clothes reveal too much skin, said the article. It also criticized widespread body-shaming in China, where girls are often openly mocked for dressing in a way that accentuates their imperfections.

"A girl, no matter what body shape or skin-color she has, should have freedom when it comes to what she wears," the article argued. "And on this premise, she should not be restricted or prevented by others, and should not be evaluated and criticized in any way, including words and actions."

Within 24 hours, the article attracted more than 5 million views, sparking a heated – and heavily-gendered – online debate. Interestingly, a previous article published by the same account calling for men's freedom to be themselves only had around 40,000 views.

Many of the comments that were allowed to appear in the comment section reeked of sexism and misogyny, if not downright insulting. But some onlookers suspected that the author had cherry-picked the worst responses to further prove her point.

The more reasonable opponents argued that Chinese laws already give women the right to wear what they like, and the author wanted to deprive others of the right to their opinions.

Some also took offense at the suggestion that other (Western) countries have more respect for women's freedom while painting all Chinese men as patriarchal. Female netizens who supported this rhetoric were labeled "grassroots feminists," a derogatory Chinese term similar to "feminazi" in English.

Unprepared for the controversy, the author was forced to remove the original article after some users reported the account for abuse.

While the article left a lot to be discussed, many people were outraged by the blatant sexism and misogyny displayed by some of the comments, including obscene name calling and the view that men should have a say in what their girlfriends, wives and daughters wear outside the home. 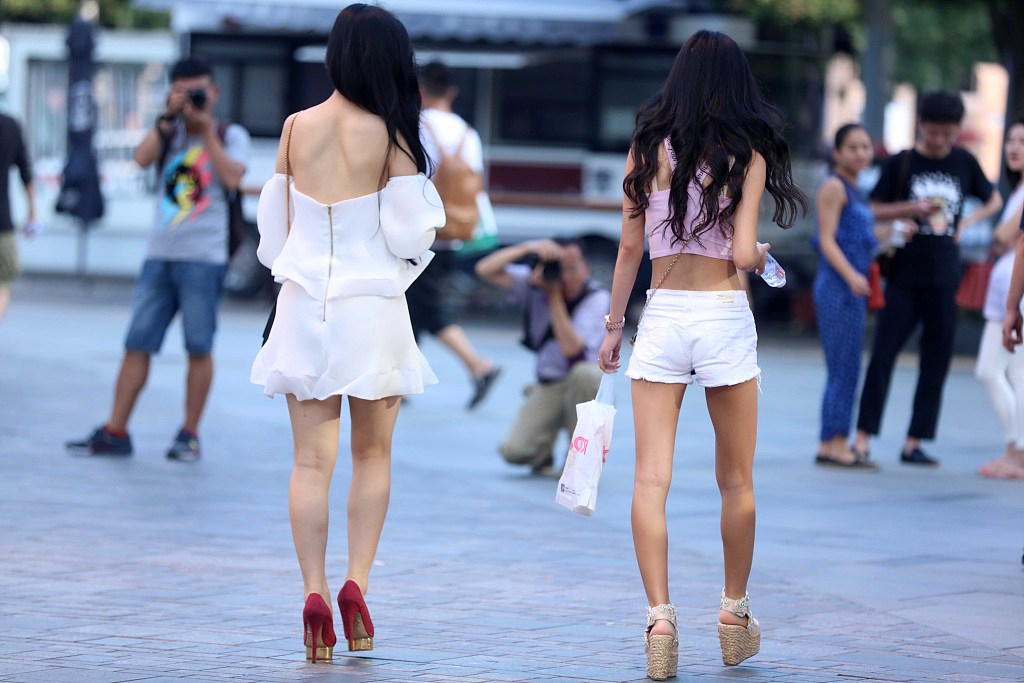 Numerous commentators have pointed out that slut-shaming – the demeaning of women and girls who are perceived to violate society's expectations regarding sexuality – is the problem. Last year, a Chinese education mogul's claim that "Chinese women's degeneration" had led to the degeneration of the nation caused an uproar. It was just one prominent example of open sexism in the country.

No law in China bans bare shoulders or a short hemline in the street. But avoiding unwanted attention and quiet disapproval from judging eyes is another story. Since there are few rules as to what's appropriate and not appropriate to wear in public, experiences and feedback from our environment are all we have for guides.

With the debate trending, some Chinese girls have spoken about being told to change clothes by well-meaning family and friends, who reminded them of the importance of personal safety, because "there are all sorts of people out there."

"If there is somewhere I can feel completely safe, I would wear whatever I want there," one said.

Criticism could go the other way, too. A student recalled once when she wanted to purchase a comfortable loose t-shirt, only to be told by her father to not always dress like a tomboy.

"Then I realized that even when I dress conservatively, I can still get criticized," she said.

In her book "I Am Not a Slut: Slut-Shaming in the Age of the Internet," Leora Tanenbaum has explored the confusing world filled with sexual objectification, stereotyping and double standards, which girls have to navigate.

Society encourages girls to be sexualized on one hand and punishes them for it on the other, she said.

Tanenbaum has created the Instagram project "Being Dress-coded," which documents young women's experiences of being slut-shamed and socially censured for their clothing. 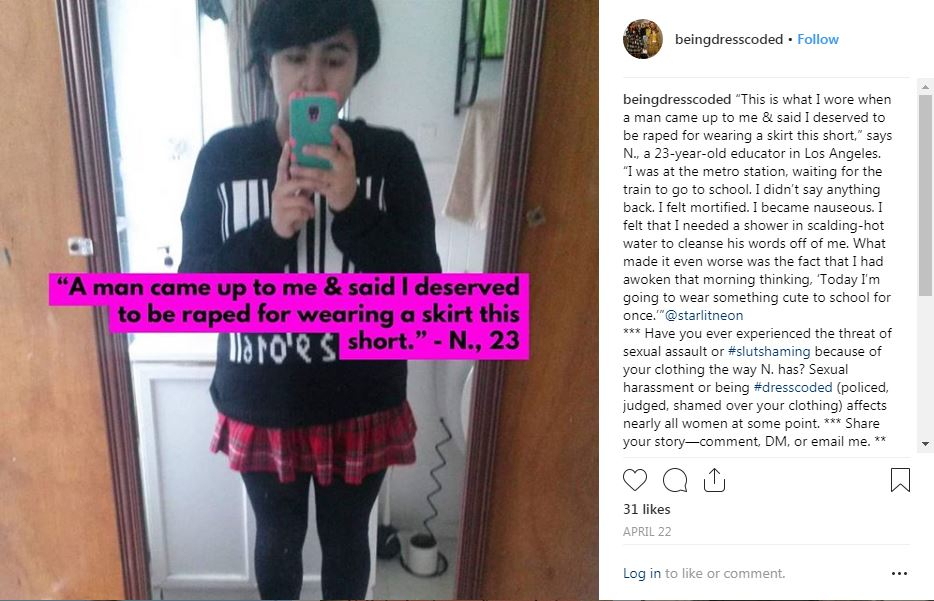 Slut-shaming can have serious real-life consequences. Last year, a viral campaign started on Twitter with women posting pictures of their thongs online with the hashtag #ThisIsNotConsent to protest an Irish court's ruling in a rape case, after the victim's lacy underwear was used as proof of her consent.

"Look at the way she was dressed," a defense lawyer reportedly told the jury, arguing that the 17-year-old victim was open to meeting someone since she was "wearing a thong with a laced front." The 27-year-old defendant was acquitted.

Depending on your standards, it is not always clear who's in the right. There have been two recent reports of female passengers getting booted off European flights for wearing clothes the crew deemed inappropriate. The majority of internet users who saw photos of the outfits in question sided with the airline on both occasions.

As the late author Toni Morrison famously said: "Freeing yourself was one thing, claiming ownership of that freed self was another." Personal freedom in even the freest society is not without limitations. But what makes the difference, commentators say, is not the opinions of others, but those of the individuals themselves.

A netizen nicknamed "yolanda" said she gets a lot of glares in the street as she likes to go bra-less and wear clothes with a plunging neckline. "I just glare right back," she said. "I hope more bold girls will stand up for themselves. When there are enough of us, people will get used to it."

"Real freedom is to be unafraid of what other people think, not demanding a whole society to support your choice."