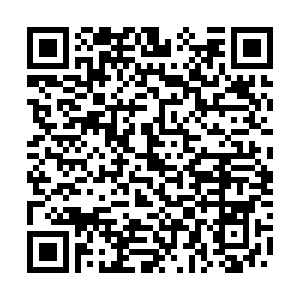 A ban is likely to be enforced to end the export of live elephants captured from the wild, with a majority of countries actively voting against the trade at the ongoing triennial global wildlife summit.

After the final tally on Sunday, 46 countries decided to cast their mandate against the trade, 18 including the U.S. voted in favor and 19 countries chose to abstain themselves from the process.

Delegates from more than 180 countries are attending the 12-day long summit in Geneva, Switzerland, organized by Convention on International Trade in Endangered Species (CITES), a global wildlife regulator.

The meeting that kicked off on Saturday aims to control illegal wildlife trade and resolve a series of disputes related to the issue. Governments have submitted around 56 proposals to increase or decrease the protection level of CITES-listed species.

One such proposal, moved by Burkina Faso, Jordan, Lebanon, Liberia, Niger, Nigeria, Sudan and Syria, demanded an end to global trade of live elephants captured from the wild.

Most of the captured wild African elephants are young calves separated from their family members — the practice results in injuries or mortality and psychological trauma for the calves, the proposal said.

“Calves suffer psychological and physical harm when taken from their mothers. Zoos and other captive facilities force these calves to live in an unnatural, unhealthy environment that does not meet their complex needs,” Audrey Delsink, director of wildlife for Humane Society International (HSI) said.

The debate over the issue has been raging for a decade. Expert groups voiced their concerns against the removal of elephants from their natural habitat.

“We do not endorse the removal of African elephants from the wild for any captive use,” International Union for Conservation of Nature’s (IUCN) African Elephant Specialist Group warned in 2003.

Botswana, Namibia, South African and Zimbabwe were removing wild elephants from their herds, to export them to various zoos, circuses and captive facilities.

While South Africa, Namibia, and Zimbabwe exported 215, Botswana sent five wild elephants to multiple zoos across the world. South Africa sent the highest number of the animals to circuses.

Countries will cast their final vote on the proposal during the plenary session next week.

“This decision will save countless elephants from being ripped away from their families in the wild and forced to spend their lifetimes imprisoned in substandard conditions at the zoo,” Iris Ho, a senior wildlife specialist at HSI added.