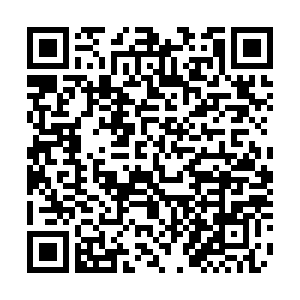 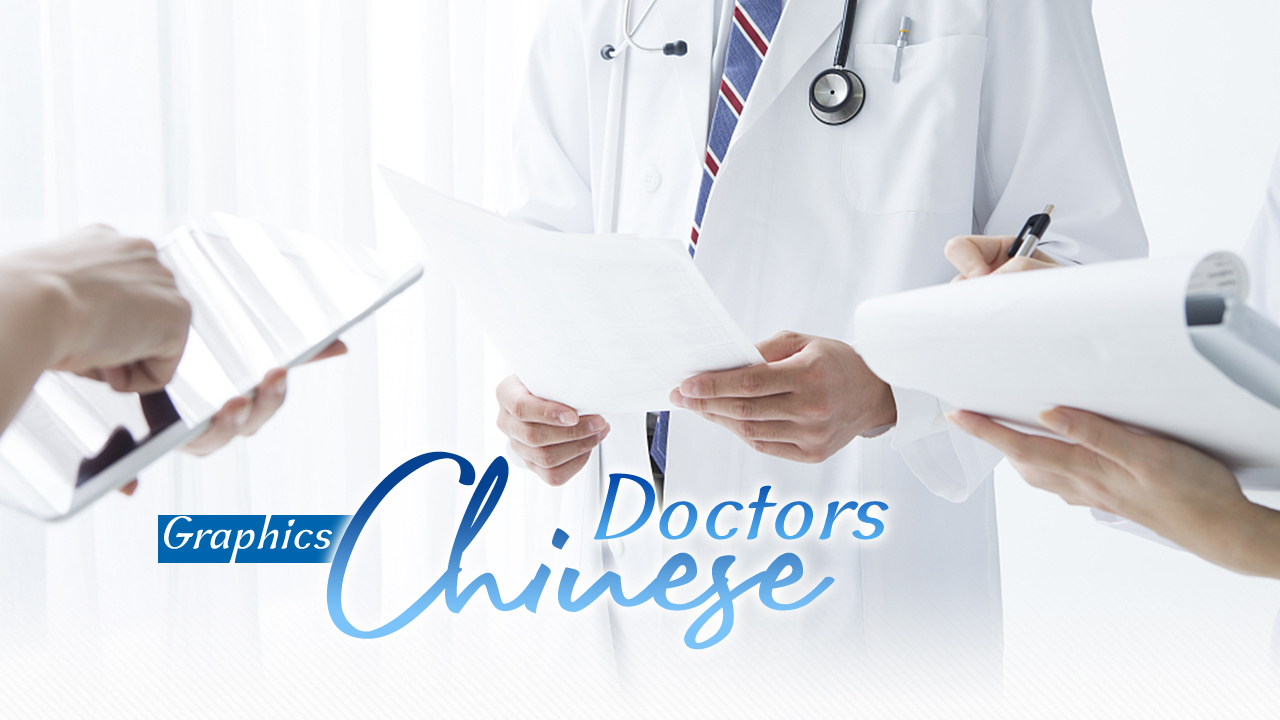 In 2018, Chinese patients sought medical help 8.3 billion times, a number that is higher than the world's population, according to the National Health Commission (NHC).

The sheer number of patients, which keeps rising year by year, is inevitably heaping pressure on the already strained healthcare system. 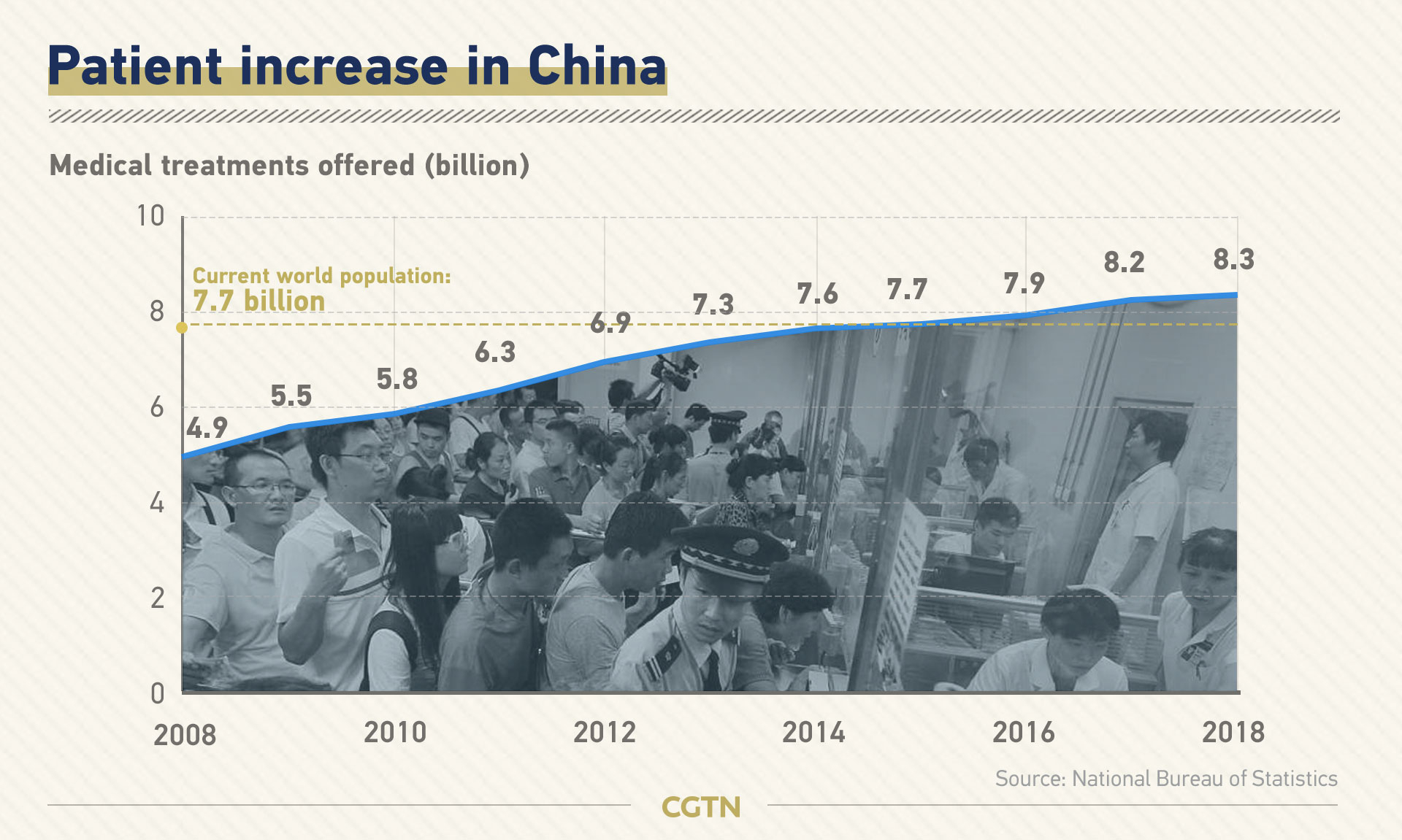 In the years 2016 and 2017, the Chinese Medical Doctors Associations surveyed 146,200 physicians from 44,600 hospitals across China on their situation and included their findings in a white paper published in 2018.

Physicians of major hospitals work over 51 hours per week on average, far beyond the national legal working hours of 40, the survey found.

Among the doctors interviewed, only 20 percent believe they are in good health, and less than a quarter of them enjoy annual leave. 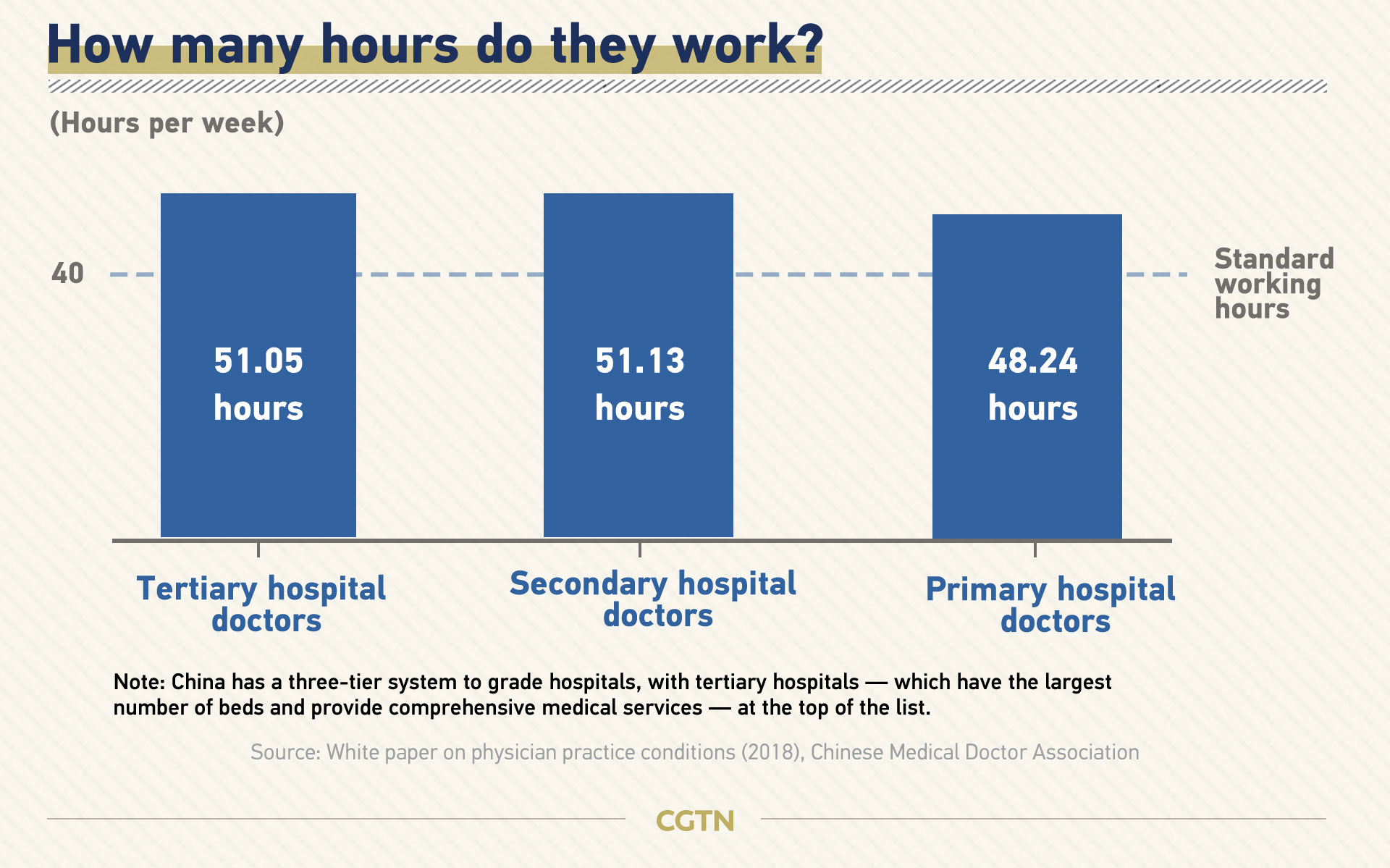 It is not unusual for a Chinese doctor to receive over 100 patients a day, media reports say, which sometimes means they simply don’t have the time to diagnose and treat their patients adequately. The consequences are unhappy patients who take out their frustration on medical staff, even resorting to violence in some cases.

In China, attacks on doctors also have a name: yi nao or “medical disturbance.”

Over 60 percent of medical professionals said that they had experienced medical-related disputes, according to the Chinese Medical Doctors Association's white paper.

Even with such a stressful work environment, about half of the physicians think their work is not socially recognized. 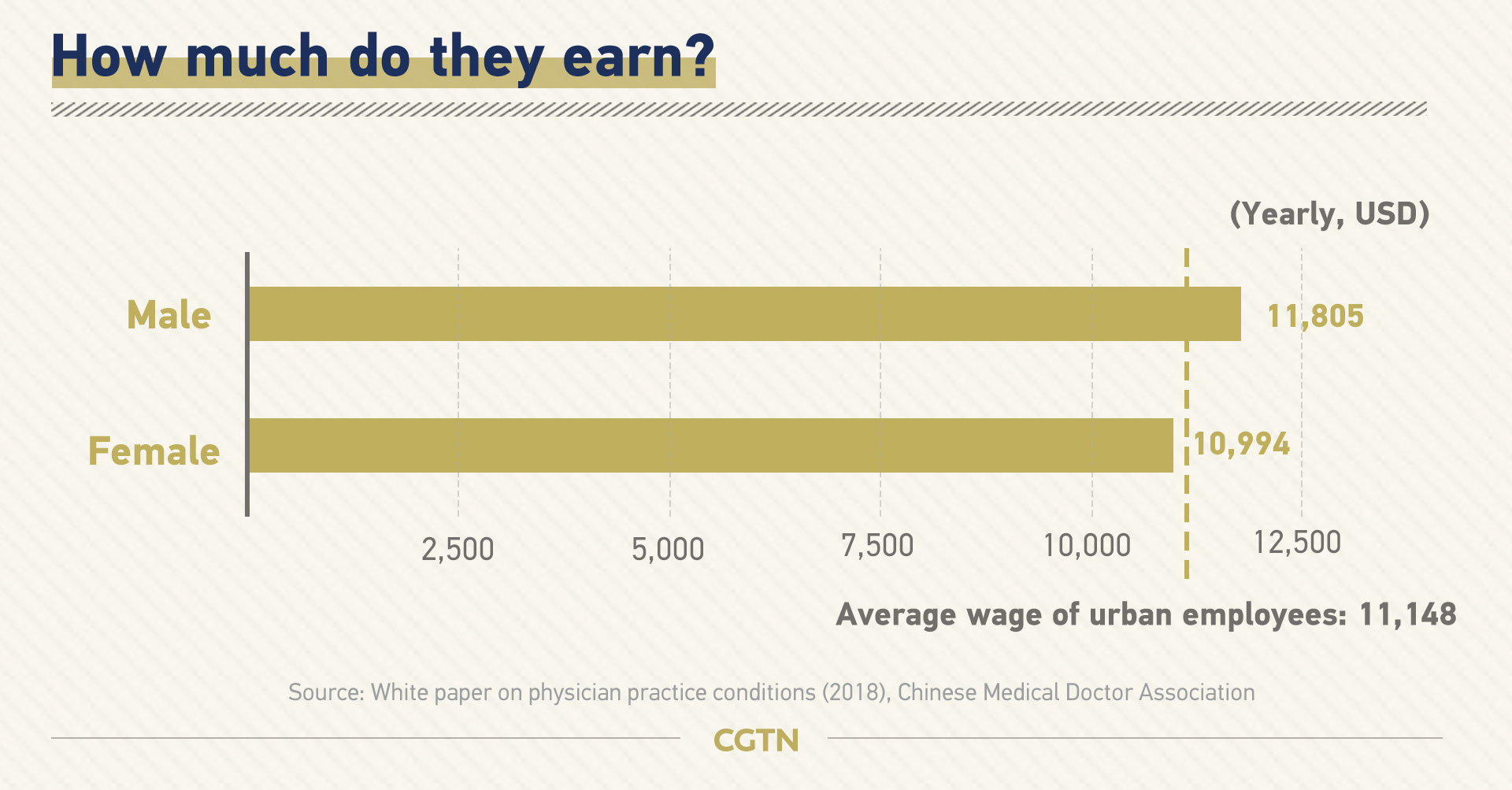 Their average salary amounts to 76,000 yuan a year (10,795 U.S. dollars) and many doctors, such as pediatricians, earn a lot less than that.

Such income does not match their social contributions, the white paper argues.

Among all positions in the Chinese healthcare system, pediatrics is notoriously poorly remunerated but comes with high pressure. 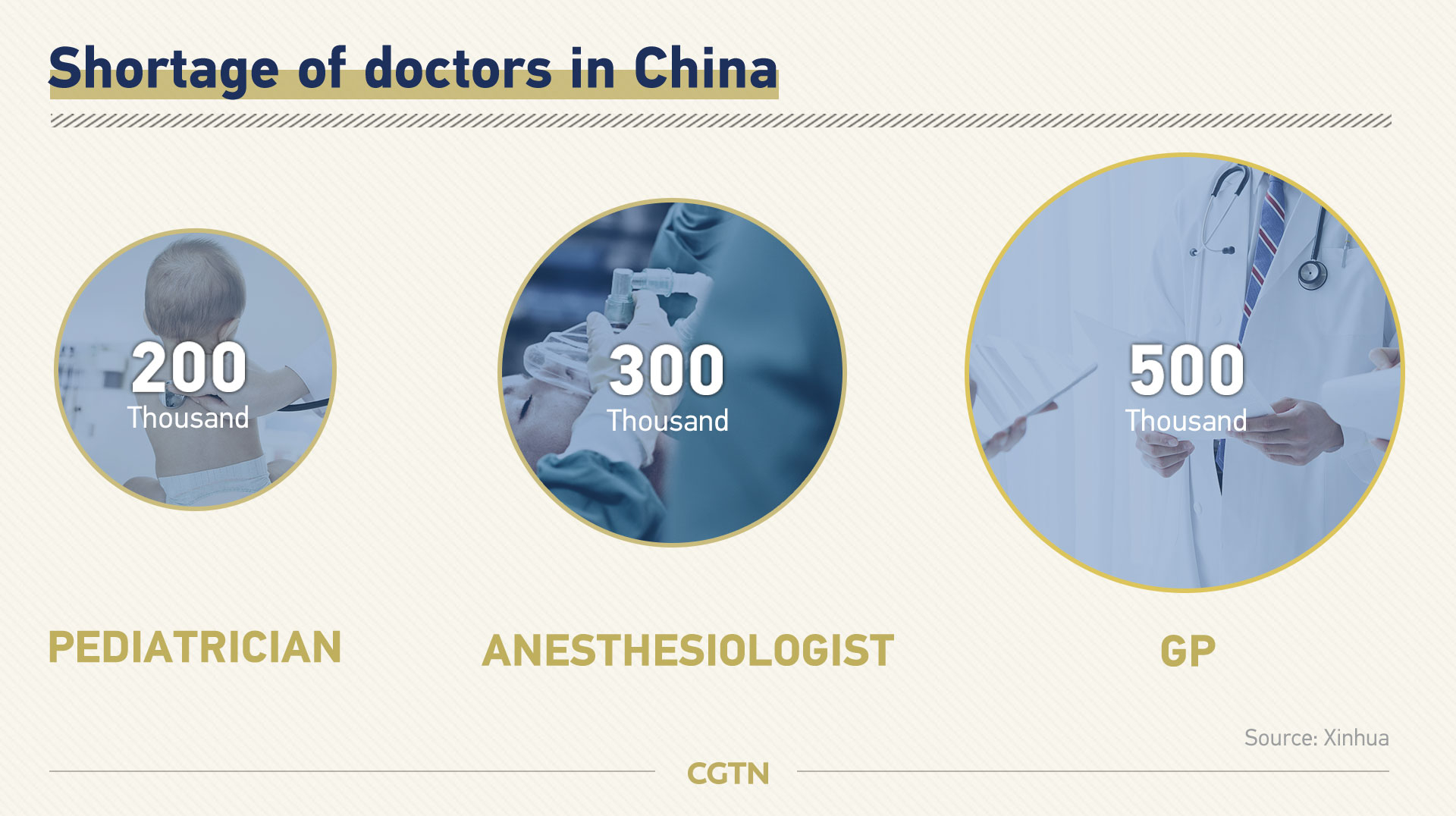 A study published in July in the official journal of the American Academy of Pediatrics showed that China had a total of 135 thousand pediatricians, or about 0.4 pediatricians per 1,000 children, which is far below the 0.69 target set for next year.

"We need to improve the income of pediatricians to at least 50 percent more than their counterparts caring for adult patients, along with a refined medial insurance policy to make it a fair game," said Jiang Yuwu, a doctor from Peking University First Hospital in an interview with CCTV last year. 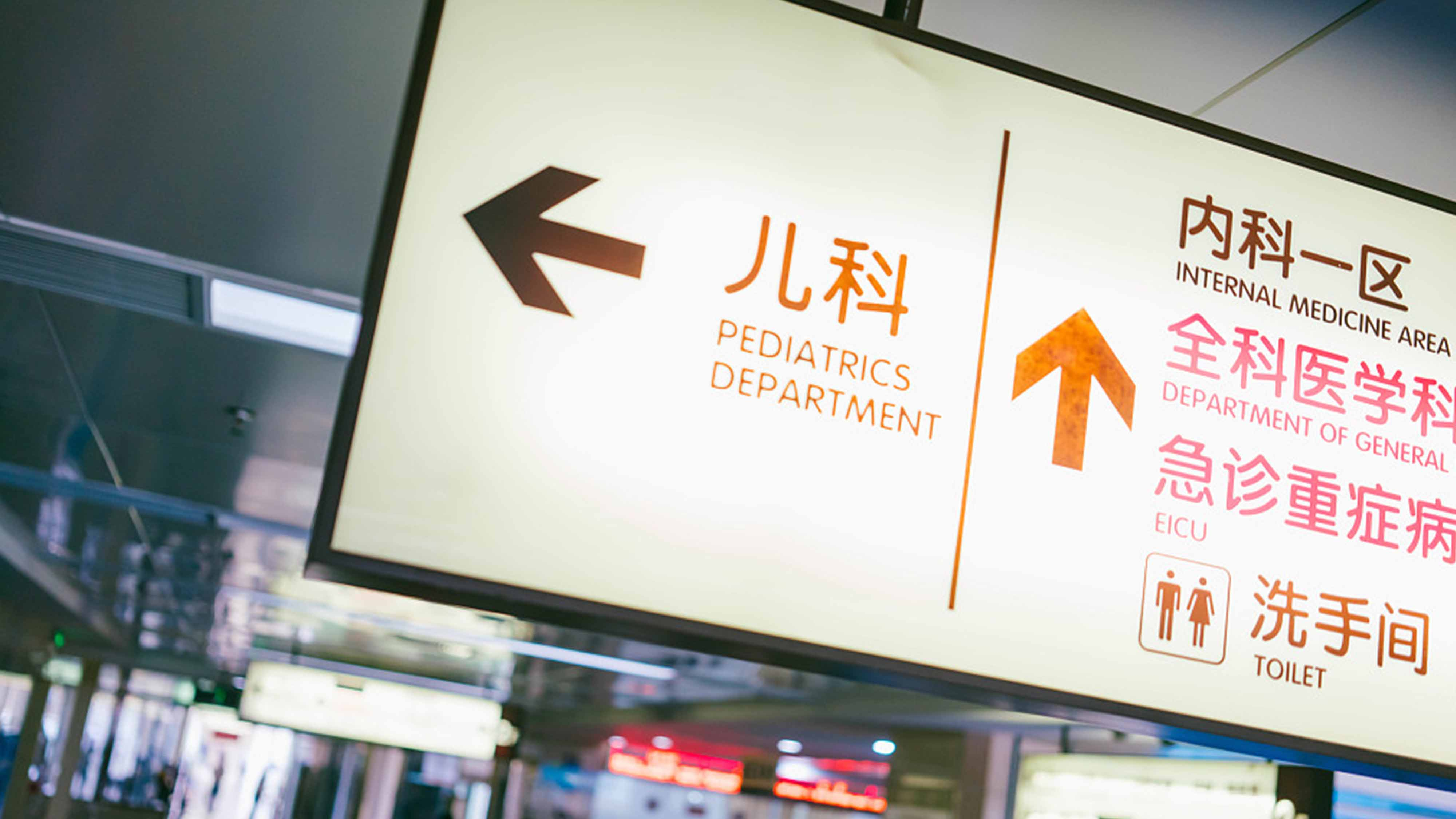 The deficiency in doctors has taken on more urgency as the country grapples with the mounting health problems of its vast population.

But this cannot be easily fixed, as doctors have to study long and hard to qualify – up to 10 years including undergraduate and postgraduate qualifications.

Fully aware of the situation, the Chinese government has introduced multiple measures to train more medical personnel and improve the doctors' pay level, career prospects, working environment and social status, to create a proper mechanism to motivate doctors and cater to their interests.

The criminal law was also amended to make yi nao, or "medical disturbance" a criminal offense in 2015.

Now a team of 3.6 million licensed medical practitioners has been built in the country as of the end of 2018, with the total medical and health workers reaching 12.3 million to sustain the world's largest healthcare system. 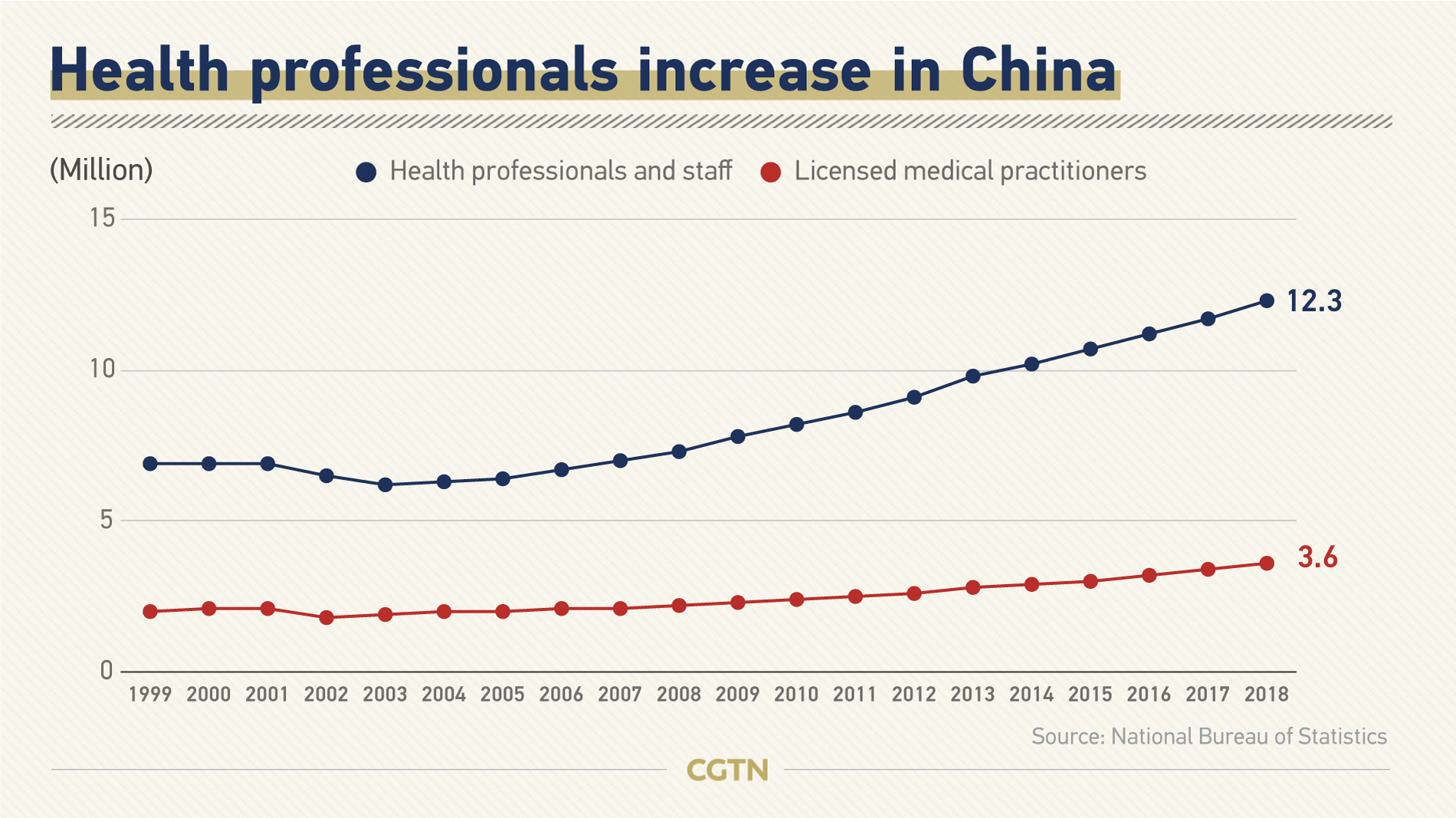 According to the "Health China 2030" blueprint, the country plans to have at least 2.5 licensed medical practitioners per 1,000 people, and between two and three qualified general practitioners available for every 10,000 residents in China by next year.

These two major targets have already been achieved in 2018, two years ahead of schedule.

The Chinese doctors' hard work and the supportive measures taken to improve their working conditions have brought remarkable improvement to the country's public health sector.

Main health indicators of residents in China have surpassed the average standards in middle and high-income countries, according to NHC officials. 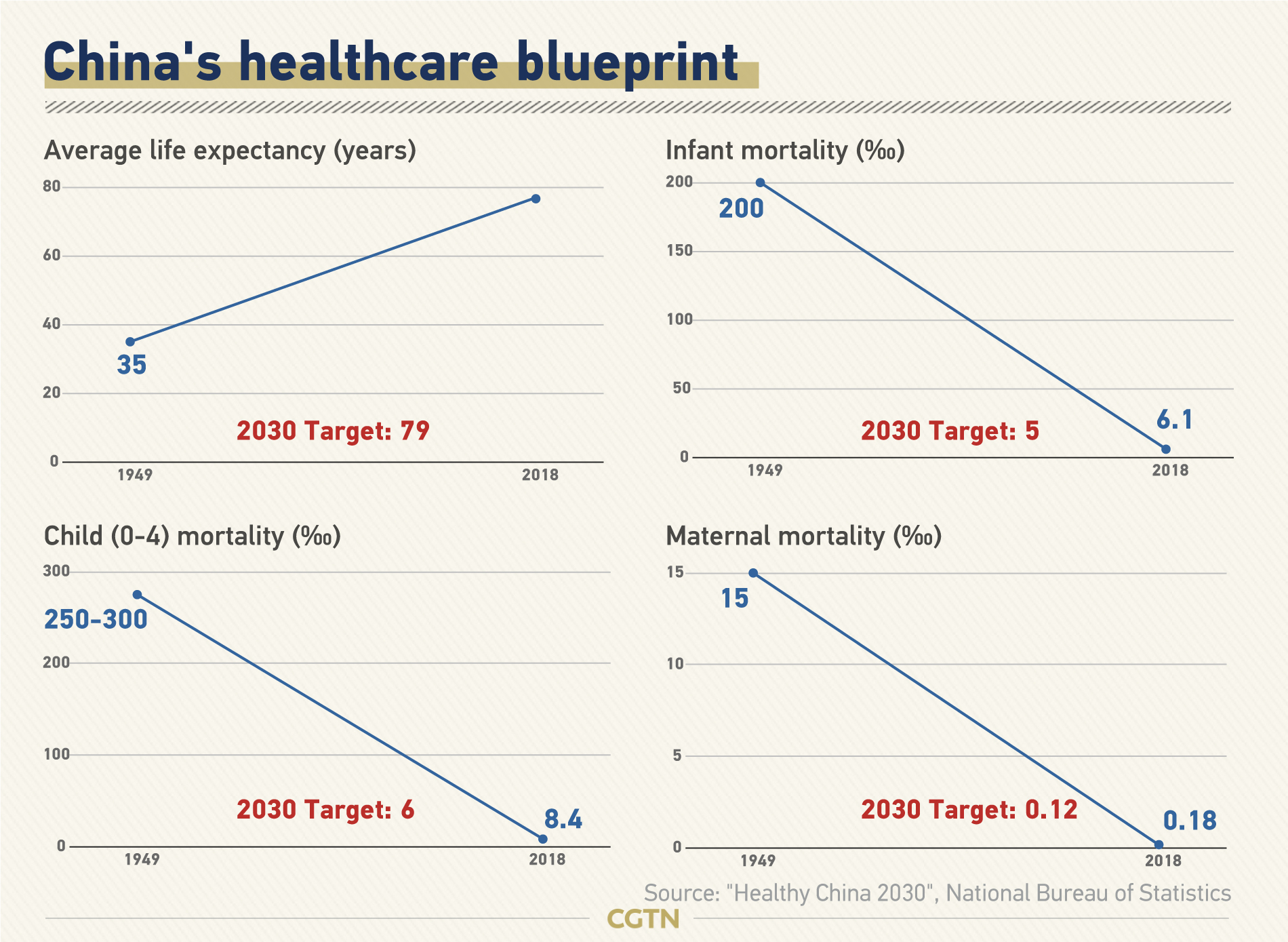 Over the past seven decades, the average life expectancy in China increased to 77 years, five years above the global average. The maternal mortality fell to 0.18 per 10,000 people from 15 per 10,000 before 1949.

While making access to medical care more equal and affordable, it is also necessary to safeguard the rights and professional dignity of doctors to encourage them to better serve society, the Chinese Medical Doctors Association argues.