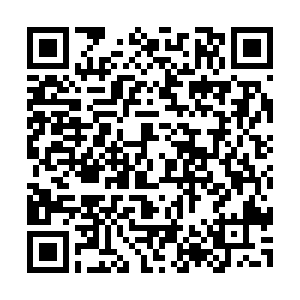 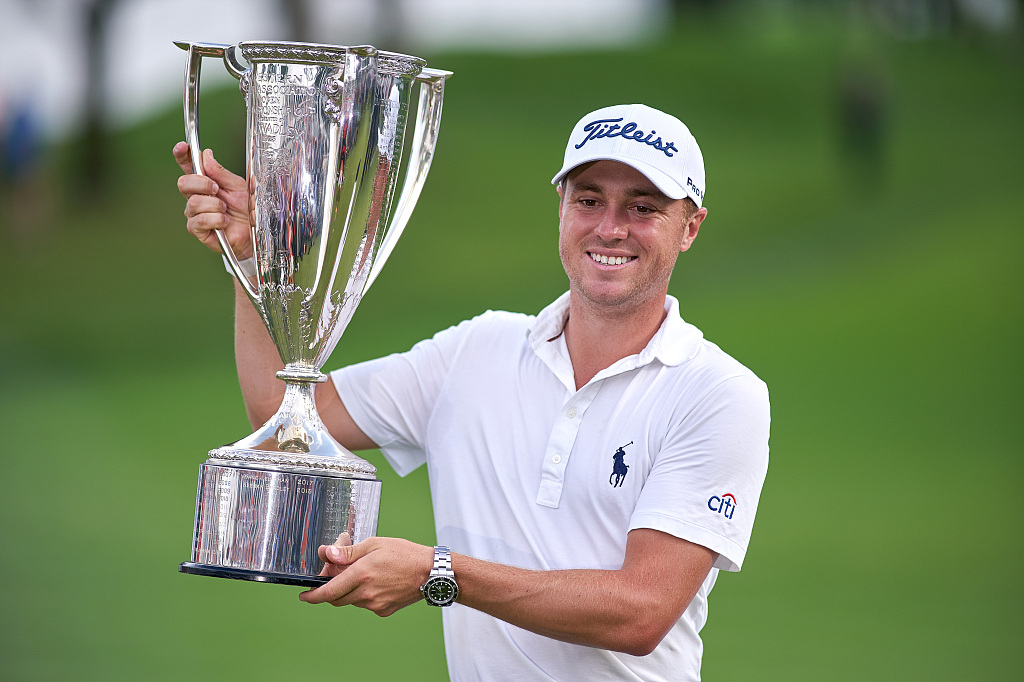 American golfer Justin Thomas celebrates with the Wadley Cup trophy after the final round of the BMW Championship at Medinah Country Club in Medinah, Illinois, U.S., August 18, 2019. /VCG Photo

American golfer Justin Thomas celebrates with the Wadley Cup trophy after the final round of the BMW Championship at Medinah Country Club in Medinah, Illinois, U.S., August 18, 2019. /VCG Photo

"I was really nervous today," said Thomas, who began the day with a six-stroke advantage. "It's hard to play with the lead. I was enjoying it though.

"I forgot how hard it is to win. That's why it has taken this long. I've been working hard to get back to it and it feels great."

Thomas fired a four-under par 68 to finish 72 holes at Medinah Country Club on 25-under 263, shattering the former mark of 23-under at the 116-year-old event shared by American Dustin Johnson and Australian Marc Leishman.

"I just stayed patient," Thomas said. "Patrick made that very interesting. I hit the ball so bad to start the day. I couldn't hit a fairway. That was a hard start."

After seeing his lead shrink to two shots, Thomas landed his approach two feet from the cup at 11 to set up a birdie and surged to the finish.

Thomas, who won the 2017 FedEx Cup playoff crown, made himself the player to beat in next week's Tour Championship at East Lake in Atlanta.

Thomas will start at 10-under par with a two-stroke lead over second-place point producer Cantlay in next week's event under a new point format that ensures the tournament winner will capture the playoff crown.

For Thomas, that means sitting on a lead for four days before he swings a club.

"I'm just going to go out there and try and play as well as I can," Thomas said. "I'm going to try not to look at the leaderboard. I've got to drive the ball a whole lot better than I did this week."

Tiger Woods, last year's Tour Championship winner, and Jordan Spieth were among those unable to claw their way back into the top-30 in order to qualify for East Lake.

"Last year culminated in a pretty special moment for me and it would've been nice to go back there," Woods said. "But I'll be watching the guys on TV."