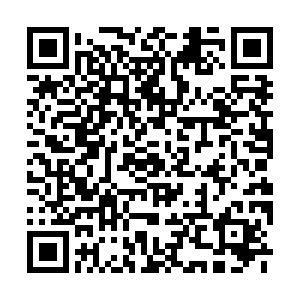 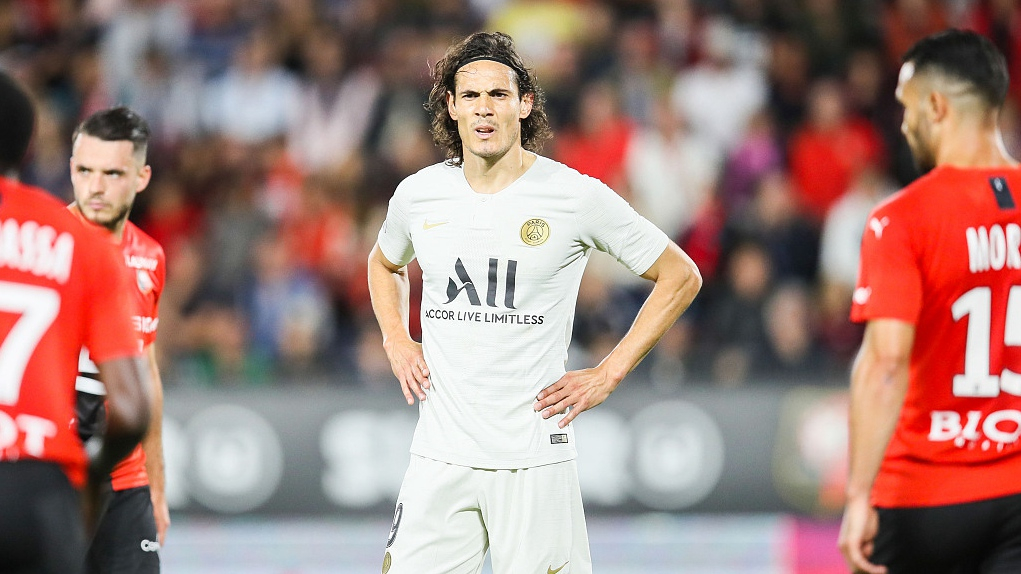 Champions Paris Saint-Germain slipped up in their second league game of the season losing 2-1 to Rennes on Sunday in a repeat of April's French Cup final with a 16-year-old playing a starring role.

Edinson Cavani scored after less than 15 minutes of play for the visitors in Brittanny before Mbaye Niang and Romain del Castillo responded for the home side.

PSG were without forward Neymar for a third successive game this term with the world's most expensive player continuing to be the subject of interest from Barcelona and Real Madrid.

Angolan-born 16-year-old Eduardo Camavinga starred in Rennes midfield, and proved to be key in his team's winning goal, along with experienced playmaker Clement Grenier. 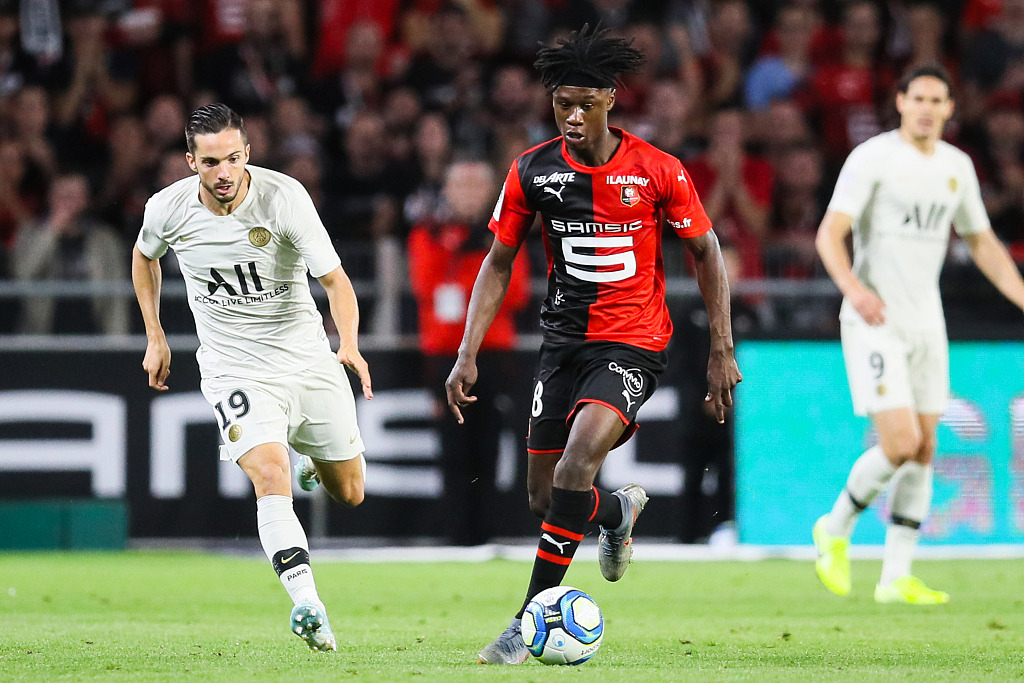 Eduardo Camavinga of Rennes dribbles the ball during the Ligue 1 match between Stade Rennes and Paris Saint-Germain at Roazhon Park in Rennes, France, August 17, 2019. /VCG Photo

Eduardo Camavinga of Rennes dribbles the ball during the Ligue 1 match between Stade Rennes and Paris Saint-Germain at Roazhon Park in Rennes, France, August 17, 2019. /VCG Photo

"It's more than six months he's been training with the professionals. He's settled in well with the squad," he told broadcaster Canal+.

"We've prepared him with the players, the staff and the whole club so he can evolve in the right conditions.

"He started doing it at the end of last season and he's confirming all the talent we think he has at the start of this season," he added.

PSG skipper Thiago Silva admitted his side stepped off the gas after their good start through Cavani's effort.

"We started well but we eased off a bit, I don't know why, we lost concentration," he told Canal+.

"It wasn't the real PSG. Rennes played well, they were solid defensively, they were more careful than us," he added.

The Parisians dominated the early proceedings and showed their quality with two good chances within the opening quarter of an hour of play.

Firstly Julian Draxler's half-volley skimmed over the bar before Cavani's header hit the post after 14 minutes.

Uruguay forward Cavani made up for hitting the woodowrk by scoring 20 minutes later after a defensive howler from Rennes captain Damien da Silva.

The centre-back received the ball in his own box but his mis-placed pass to goalkeeper Romain Salin was intercepted by Cavani who tucked it away to make it 1-0. 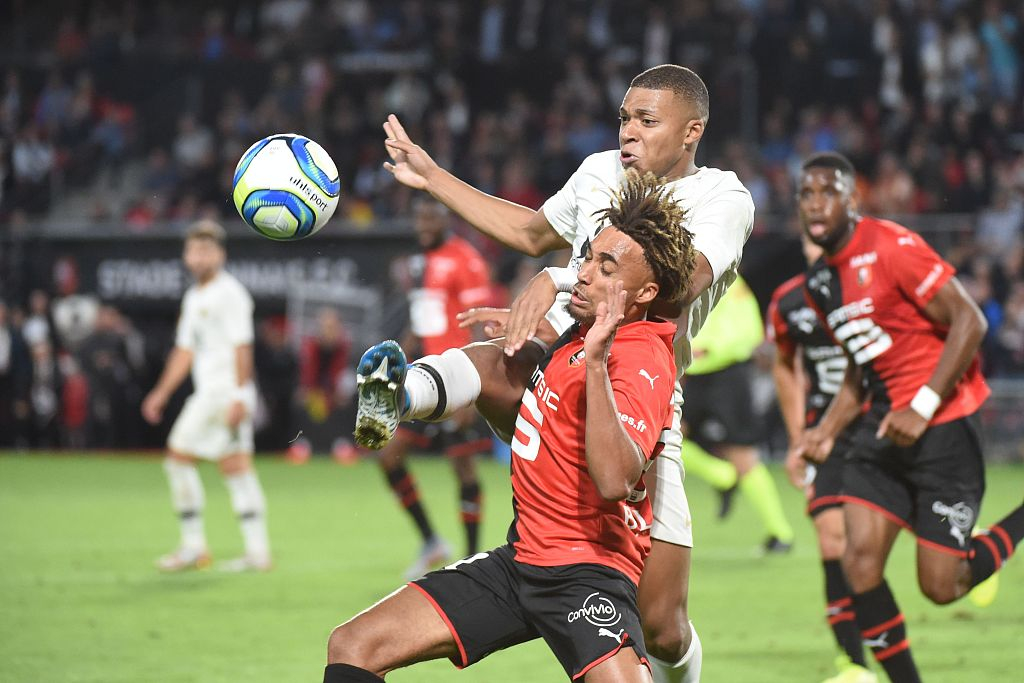 Kylian Mbappe of PSG tries to kick the ball past Sacha Boey of Rennes during their Ligue 1 match at Roazhon Park in Rennes, France, August 17, 2019. /VCG Photo

Kylian Mbappe of PSG tries to kick the ball past Sacha Boey of Rennes during their Ligue 1 match at Roazhon Park in Rennes, France, August 17, 2019. /VCG Photo

The sides were back level just before the half-time whistle.

Right-back Hamari Traore found Niang in the box with a soft cross and the Senegal forward took two light touches, held-off Marquinhos before smoothly curling his effort past Alphonse Areola.

The Bretons took the lead than four minutes later of the second-half following a sublime cross from Camavinga.

Midfielder Camavinga found a free Del Castillo, starting instead of suspended Flavien Tait, who easily beat Areola with a header.

The hosts refused to settle for the one-goal advantage and had a superb chance to make it 3-1 on 62 minutes.

Benjamin Bourigeaud played his corner to front post and centre-back Jeremy Gelin's header glanced past Areola but hit the post and dribble out for a goal-kick.

Youngster Camavinga could have added a third himself but his half-volley skied over the crossbar.

Kylian Mbappe and Cavani had a late chances but they could not save PSG and Thomas Tuchel's blushes, losing to the side who finished in 10th place in the league last season.

Earlier on Sunday Saint-Etienne salvaged a late point at home to promoted Brest with new signing Denis Bouanga's 83rd minute effort claiming a 1-1 draw and it finished goalless between Reims and Strasbourg.