Travelogue: This painting can help you achieve enlightenment
By Tianran He, Li Hui 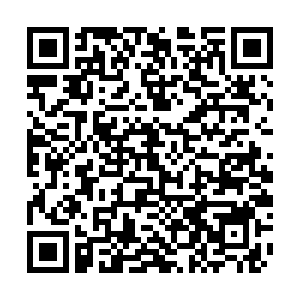 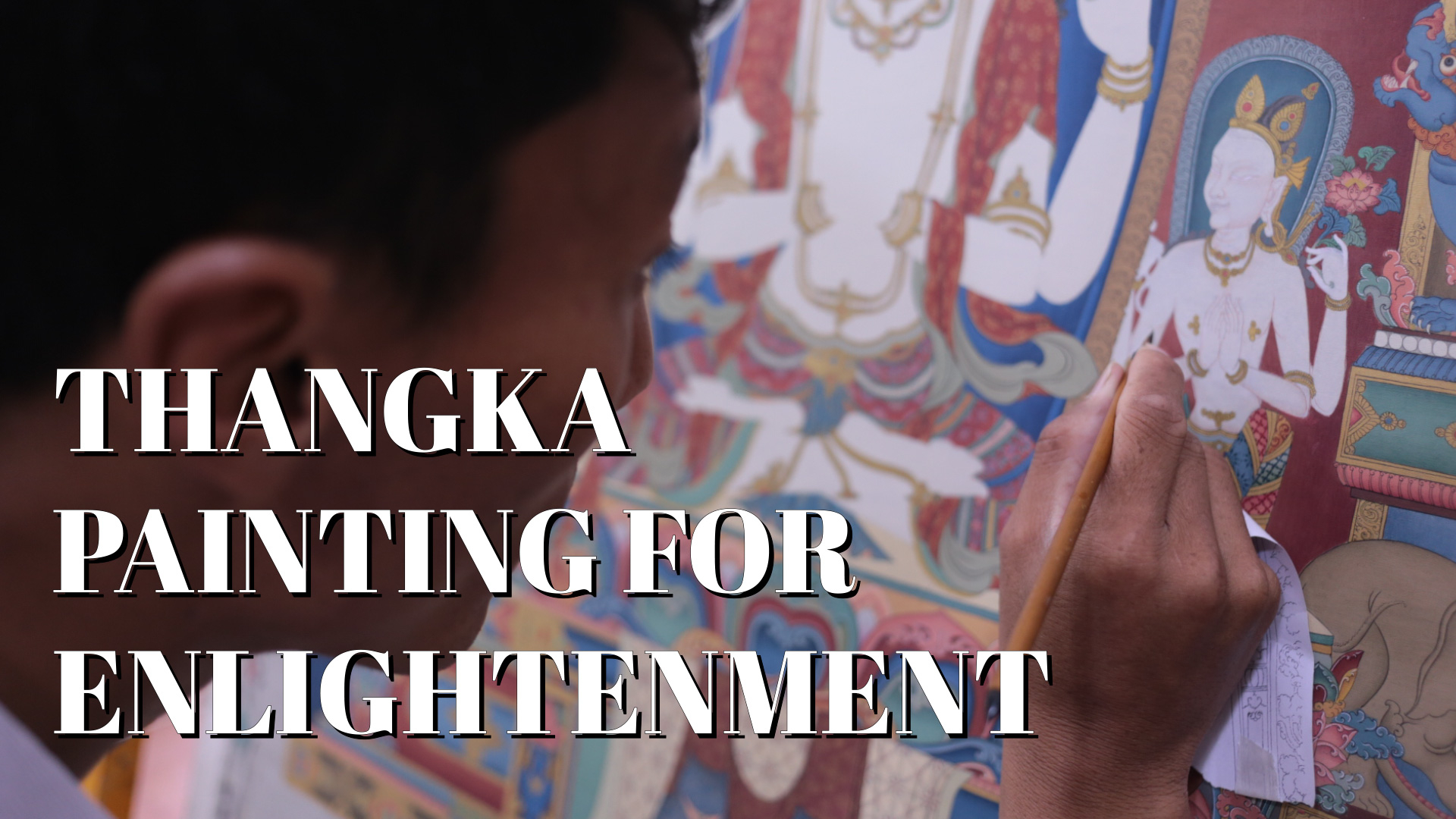 If you've ever visited a Tibetan Buddhist temple, you may have seen vivid murals of deities sporting dozens of arms, Buddhas meditating on clouds, or even scary three-eyed monsters wearing the disembodied heads of their vanquished foes. Often, they're so incredibly intricate and packed with detail that you want to take them home so you can examine them inch by inch. Enter the thangka. 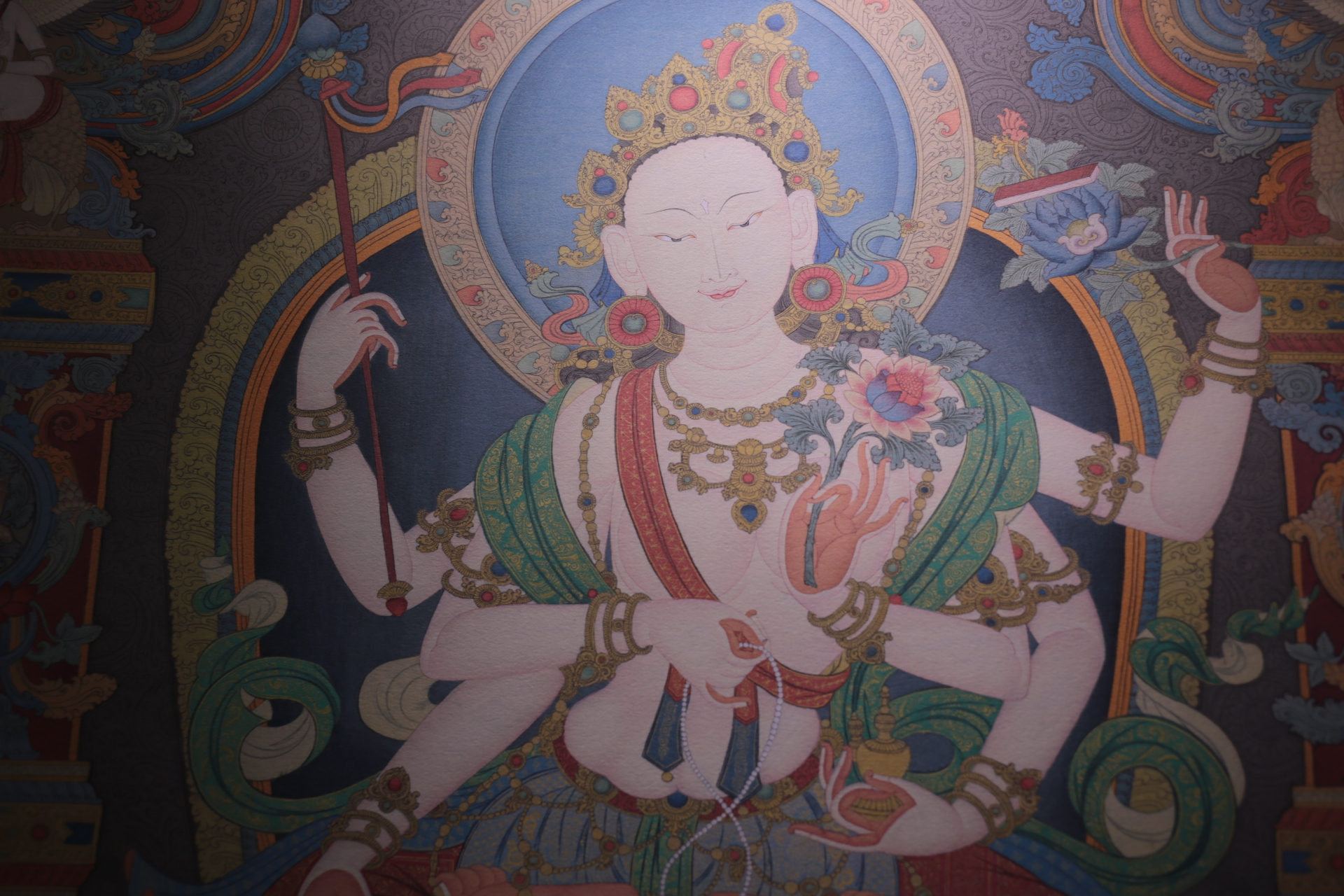 Thangkas are a bit like portable murals. Often painted on cotton or silk, they usually depict a Buddhist deity, scene or mandala, which is sort of like a map of the universe according to Buddhism. Part work of art, part motivational poster, thangkas are meant to inspire and guide you along the path to enlightenment. They’re used as meditation aids, and some practitioners will look at a thangka and visualize themselves as the deity in the painting in order to gain its qualities or abilities. 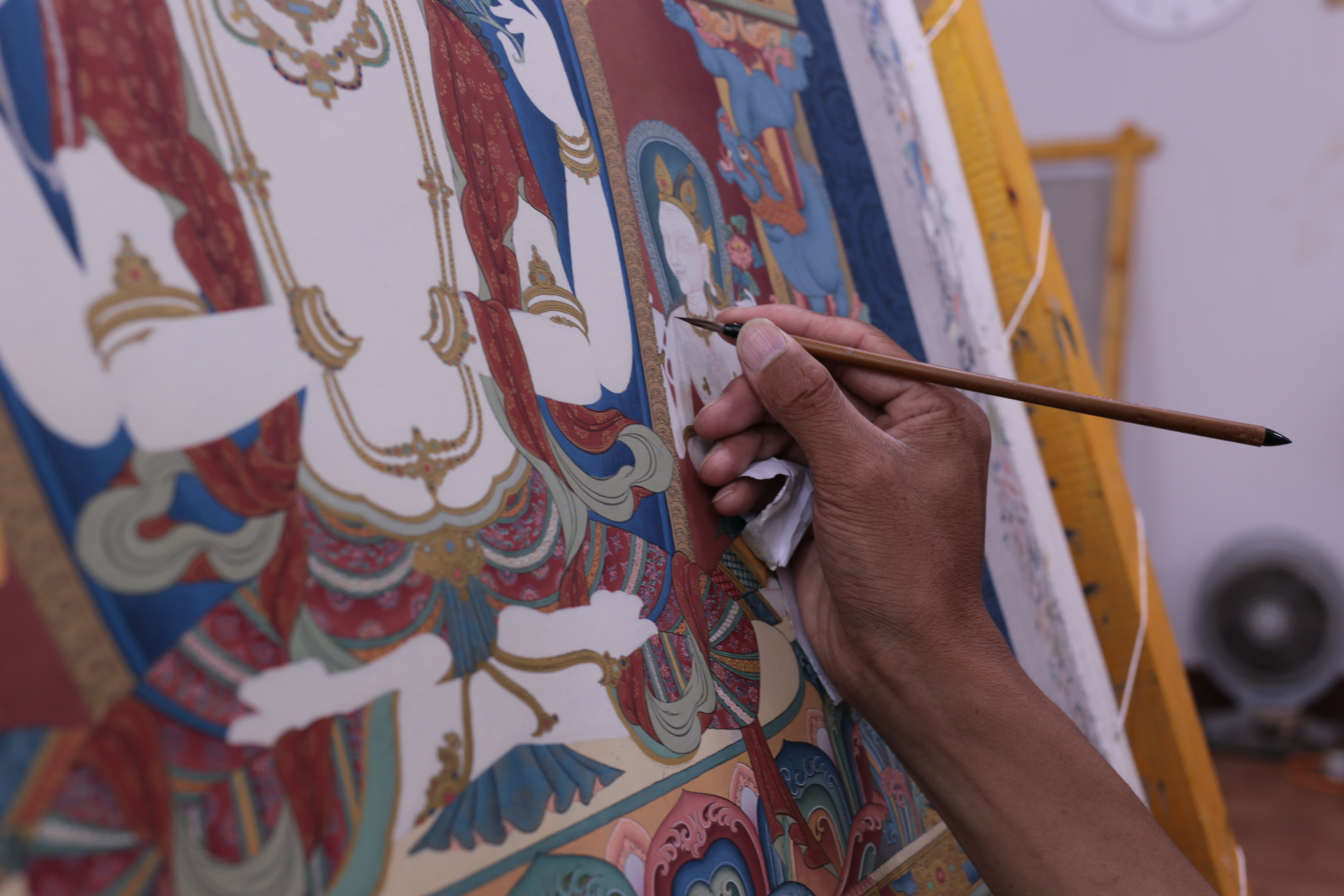 A great thangka can take more than five years to complete. /CGTN Photo

A great thangka can take more than five years to complete. /CGTN Photo

The process of making the thangka itself can also be meditative. In the past, thangkas were likely painted by monks, but these days most are created by professional artists. They attend special thangka schools from a young age, learning to work with lines and dimensions, and producing technical drawings of Buddhist deities and the Buddha in its many forms. It’s only after several years that students graduate to working with color, which comes with another set of challenges. 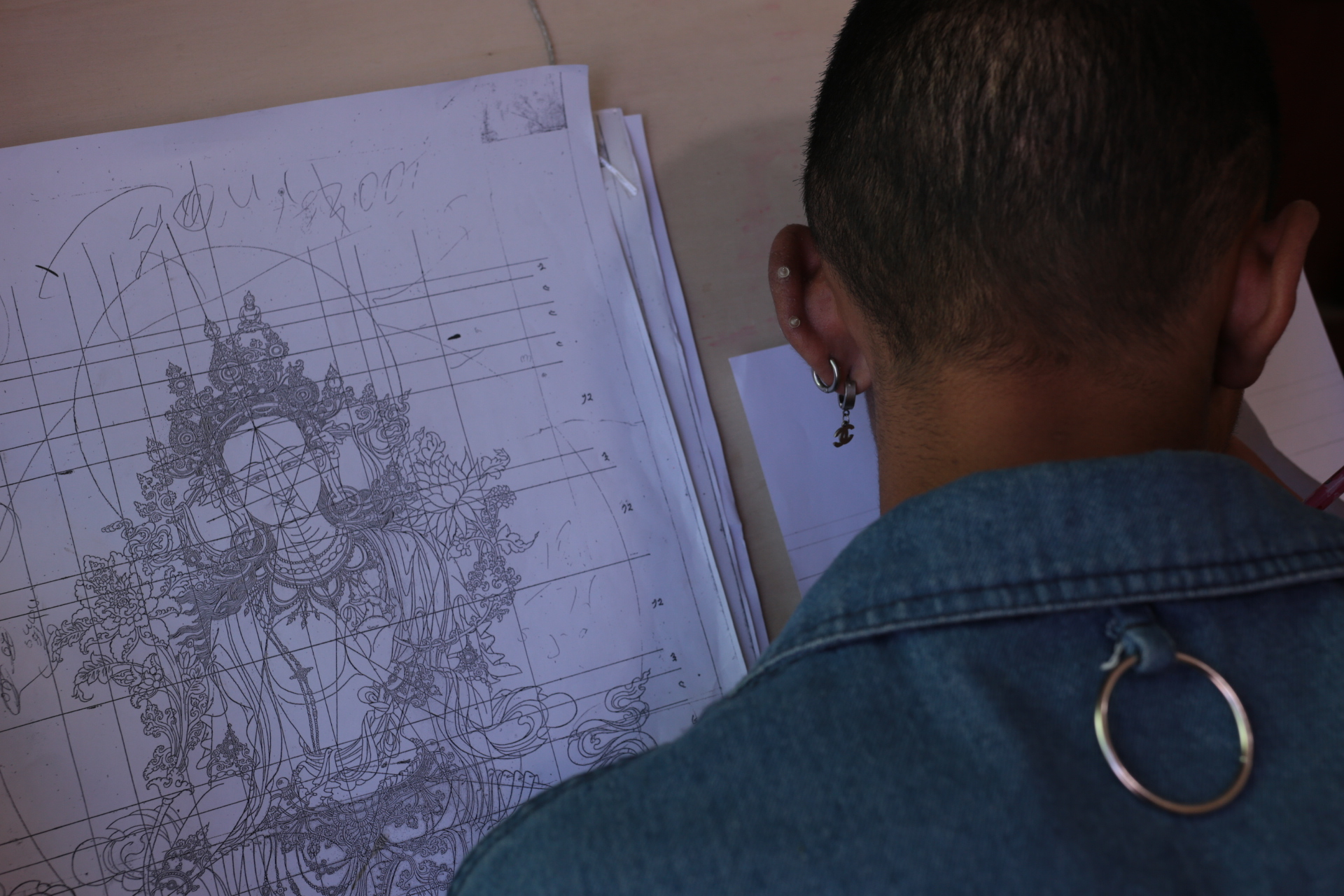 Good thangkas are almost always painted using mineral pigments which come in the form of rocks. These need to be painstakingly ground down in order to be used, and the process can sometimes take as long as two days for uncooperative colors such as green. The benefit, though, is that mineral pigments don’t fade as quickly as manufactured paints, which is why centuries-old thangkas can still remain as vivid as when they were created. 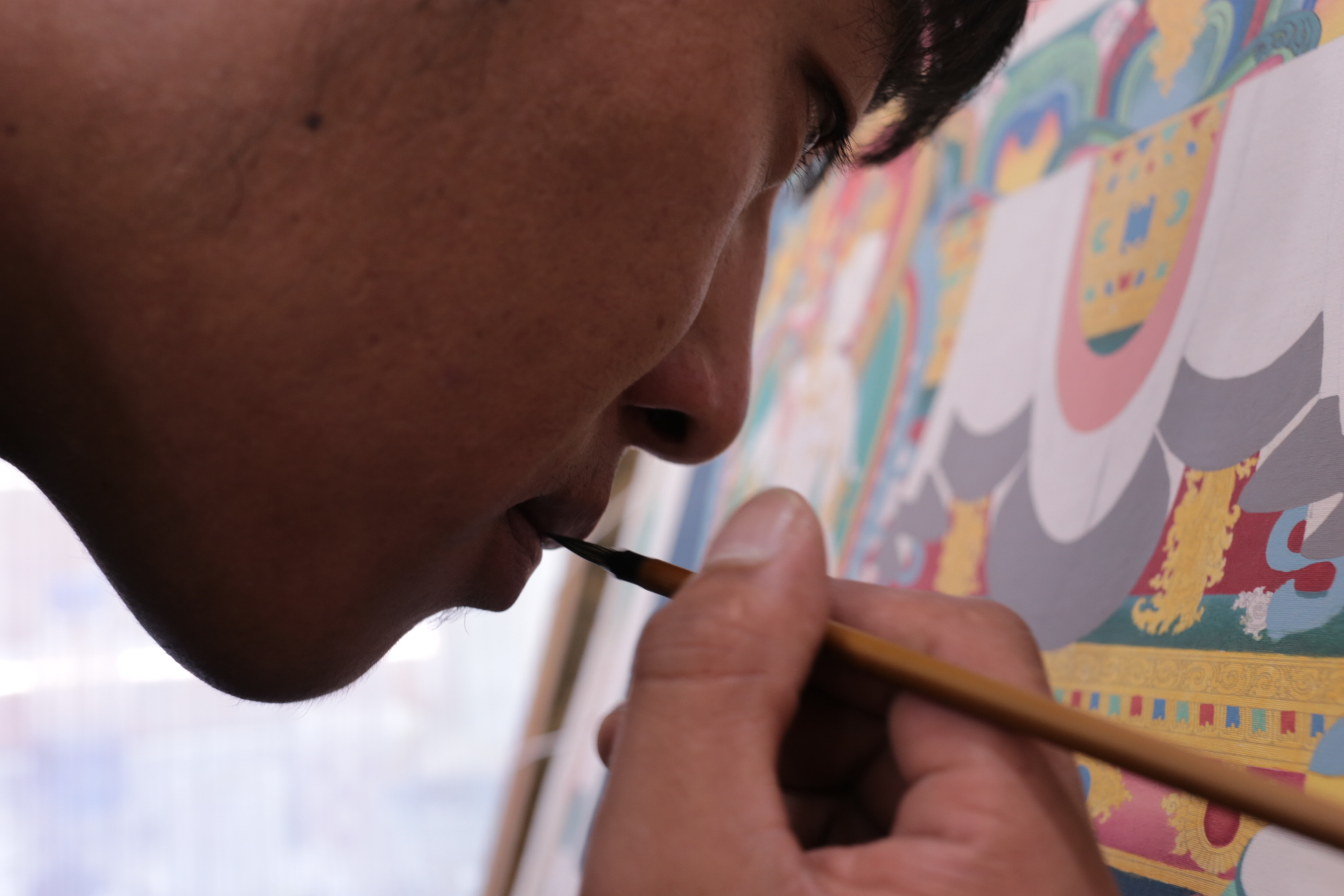 Instead of using palettes, artists "mix" colors in their mouths to produce subtler gradients. /CGTN Photo

Instead of using palettes, artists "mix" colors in their mouths to produce subtler gradients. /CGTN Photo