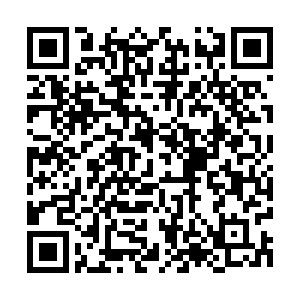 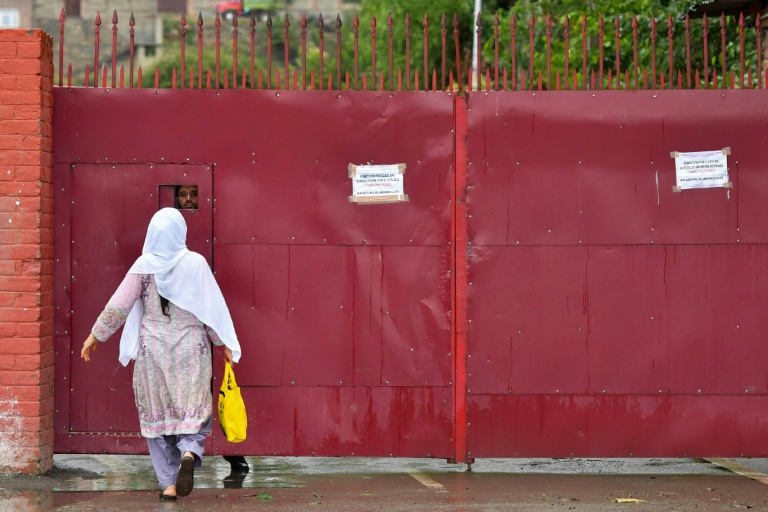 A Kashmiri woman speaks to a worker behind the door of a closed school in Srinagar, August 19, 2019. /VCG Photo

A Kashmiri woman speaks to a worker behind the door of a closed school in Srinagar, August 19, 2019. /VCG Photo

Some Kashmir schools re-opened on Monday but were largely empty following weekend clashes in Srinagar, two weeks after India removed the restive region's autonomy and imposed a lockdown. The authorities said they were re-opening 190 primary schools in the city yet few children could be seen at half a dozen locations visited by AFP.

In Srinagar, most main streets and markets were deserted, although some roads looked busier than in recent days. Some teachers and administrative staff made it to schools but many others didn't. The Press Trust Of India also reported that only a handful of children had gone into school.

"We didn't receive an official notification for re-opening the school from the local government but opened it after watching the news yesterday," a senior official at Srinagar's Burn Hall School told AFP.

Many schools stayed shut, with guards at the gate turning away any teachers or administrative staff who turned up. 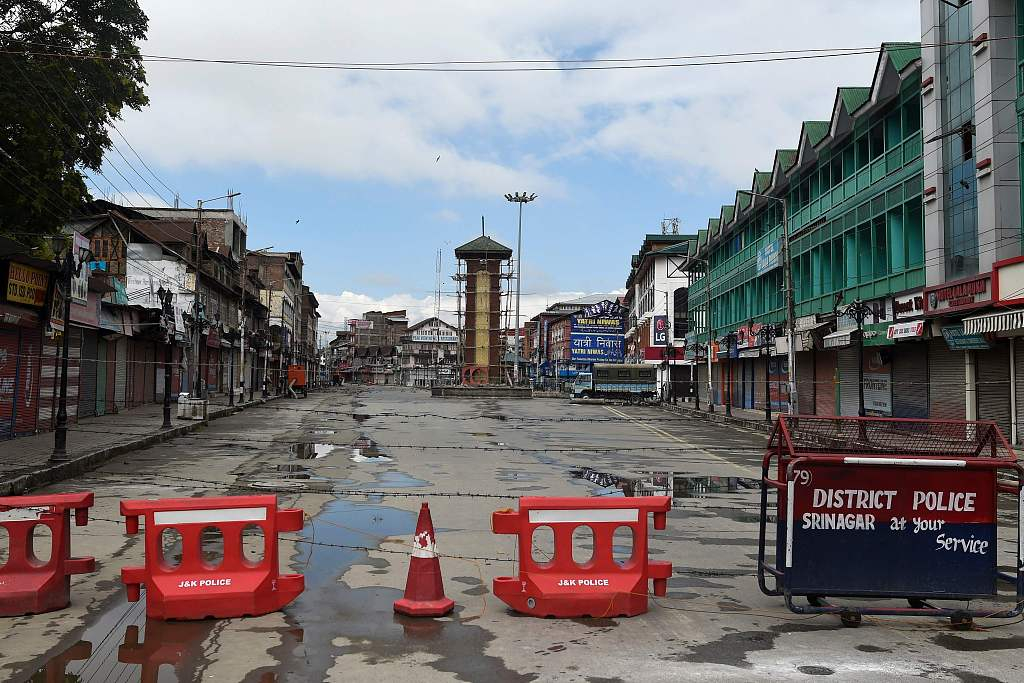 The street is deserted during a security lockdown in Srinagar, August 19, 2019. /VCG Photo

The street is deserted during a security lockdown in Srinagar, August 19, 2019. /VCG Photo

"I don't think parents will send their children to school if they can't communicate and check on them whenever required," a resident of the Rajbagh area of Srinagar told AFP outside the Presentation Convent School.

"I came here after watching the news yesterday but it doesn't look like any students have come to school today. There are many other teachers who stay farther away and haven't made it here," one of the teachers at a local school told AFP.

India on August 5 ended the special constitutional status of Muslim-majority Kashmir. Hours before its move, India curtailed movement and shut down phones and the internet, bringing in tens of thousands of troops to turn the main city of Srinagar into a fortress.

Some 120,000 extra soldiers have been deployed, a security source told AFP, joining around 500,000 already in the northern Himalayan region divided with Pakistan since 1947.

At least 4,000 people have also been detained under the Public Safety Act (PSA), government sources said. Those behind bars include local politicians, activists, business leaders and lawyers. 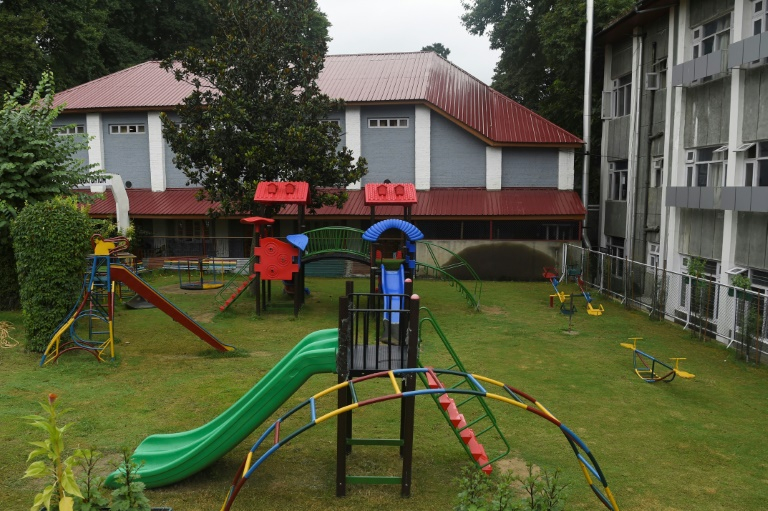 A general view of the empty playing area of a closed school in Srinagar, August 19, 2019. /VCG Photo

A general view of the empty playing area of a closed school in Srinagar, August 19, 2019. /VCG Photo

In his call to Modi, Trump "conveyed the importance of reducing tensions" between India and Pakistan "and maintaining peace in the region," White House spokesman Hogan Gidley said in a brief statement.

Khan, in his second conversation with Trump in three days on Kashmir, "expressed serious concern over a humanitarian crisis" in the region and hoped that Washington "would play its role in resolving the crisis," Pakistani Foreign Minister Shah Mehmood Qureshi said in Islamabad.

Khan also asked Trump to talk to Modi about ways to lower tensions between the two countries, Qureshi said.

Pakistan wants a UN observer mission to be "dispatched forthwith" to Indian-administered Kashmir and for the curfew there to be "lifted immediately," he said.