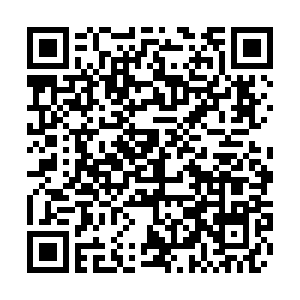 UK Prime Minister Boris Johnson wrote to European Council President Donald Tusk on Monday to set out his proposals for reaching a new Brexit deal with the bloc ahead of Britain's planned departure on October 31.

Here are some highlights of the letter:

"We remain, as we have always been, committed to working with Ireland on the peace process, and to furthering Northern Ireland's security and prosperity. We recognize the unique challenges the outcome of the referendum poses for Ireland, and want to find solutions to the border which work for all."

"We are unconditionally committed to the spirit and letter of our obligations under The Belfast (Good Friday) Agreement, as well as being an agreement between the UK and Ireland, in all circumstances – whether there is a deal with the EU or not."

"The UK remains committed to maintaining the Common Travel Area, to upholding the rights of the people of Northern Ireland, to ongoing North-South cooperation, and to retaining the benefits of the Single Electricity Market."

"The changes we seek relate primarily to the backstop," Johnson stressed in the letter.

"It is anti-democratic and inconsistent with the sovereignty of the UK as a state. The backstop locks the UK, potentially indefinitely, into an international treaty which will bind us into a customs union and which applies large areas of single market legislation in Northern Ireland."

"It is inconsistent with the UK's desired final destination for a sustainable long-term relationship with the EU."

"It has become increasingly clear that the backstop risks weakening the delicate balance embodied in the Belfast (Good Friday) Agreement."

"The backstop cannot form part of an agreed Withdrawal Agreement. I believe the task before us is to strive to find other solutions, and I believe an agreement is possible," Johnson said in the letter.

"This Government will not put in place infrastructure, checks, or controls at the border between Northern Ireland and Ireland. We would be happy to accept a legally binding commitment to this effect and hope that the EU would do likewise."

"The UK and the EU have already agreed that 'alternative arrangements' can be part of the solution. Accordingly,

- I propose that the backstop should be replaced with a commitment to put in place such arrangements as far as possible before the end of the transition period, as part of the future relationship.

- I also recognize that there will need to be a degree of confidence about what would happen if these arrangements were not all fully in place at the end of that period. We are ready to look constructively and flexibly at what commitments might help, consistent of course with the principles set out in this letter."