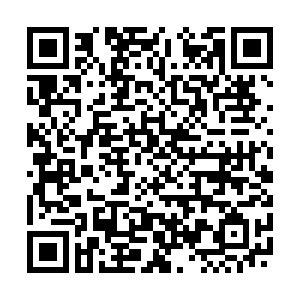 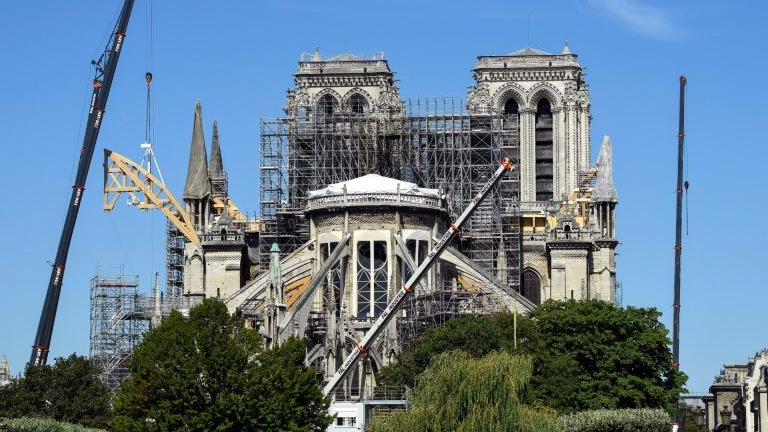 French construction workers wearing protective masks returned to the site of the stricken Notre-Dame cathedral on Monday after a three-week pause due to the risk of lead contamination.

Labour Minister Muriel Penicaud was given a tour of the scorched monument wearing a white protective suit while workers could again be seen surveying the structure which was left damaged and weakened in a massive fire in April.

Restoration of the cathedral has yet to begin with efforts focused entirely on securing the building. The culture ministry has warned it is still at risk of collapse.

Efforts to remove lead from the area around Notre-Dame began last week after alarm grew over the presence of the toxic metal.

Hundreds of tonnes of lead in the roof and steeple melted during the April 15 blaze that nearly destroyed the gothic masterpiece, with winds spreading the particles well beyond the church grounds.

Residents have accused the Paris authorities of underplaying the risk from the lead although the culture ministry insists safety is the top priority.

But Prefect Michel Cadot, the government's top official for the Paris region, approved the resumption of the works after visiting the site.

"I saw that the different recommendations of the labor inspectors had been implemented," he said, adding the decontamination work would help keep contractors safe.

Securing the structure is required before the restoration work can start.

The culture ministry said that stones had fallen from the nave vault during a heatwave in July.

"It is only the urgency linked to the persistent risk of a collapse that justifies the rhythm of work undertaken" since the fire, it said in a statement Wednesday.

President Emmanuel Macron has set an ambitious target of five years for the restoration to be finished. But the ministry said the work would not even begin until next year.

Paris prosecutors said in June that a poorly stubbed-out cigarette or an electrical fault could have started the fire and opened an investigation into criminal negligence, without targeting any individual.

French investigative news site Mediapart published a report this week accusing the ministry of repeatedly ignoring warnings by labor inspectors about the dangers posed by the lead until work was finally suspended on July 25.

Critics have accused the city of failing to notify the public about the test results, while an environmental group has filed a lawsuit alleging that officials failed to sufficiently contain the contamination.

The ministry rejected Mediapart's allegations it had failed to pay attention to the risks encountered by workers on the site.