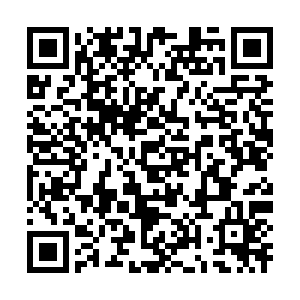 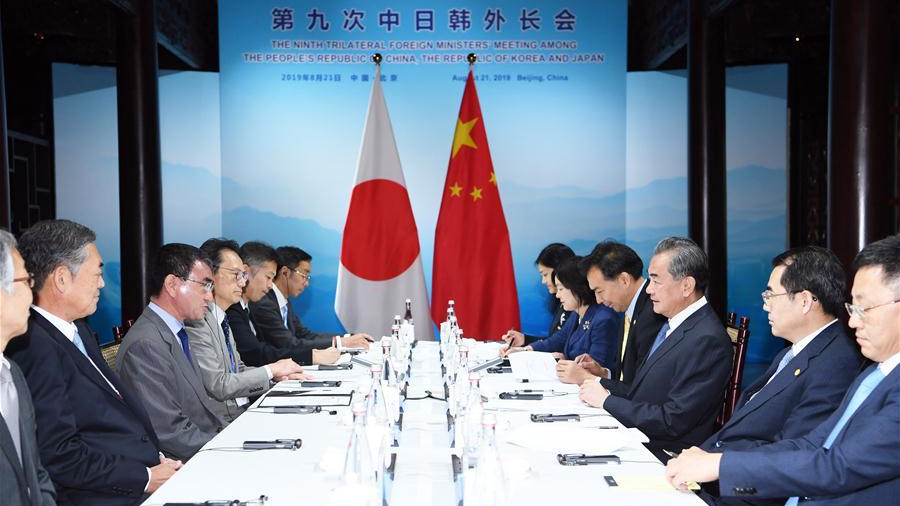 Cooperation between China, Japan and the Republic of Korea (ROK) has not just promoted the development of the three countries themselves, but the world as a whole, said Chinese State Councilor and Foreign Minister Wang Yi on Wednesday.

Wang made the remarks during a trilateral foreign ministers' meeting with his counterparts from both Japan and the ROK, namely Kono Taro and Kang Kyung-wha.

He expressed the hope that the three countries could further make joint efforts to see even more fruitful results in the next 20 years.

Kang and Kono echoed Wang's comments on the joint achievements made over the years. They agreed to preserve the trilateral relationship and actively promote cooperation between the three nations.

In addition, Kang and Kono said people-to-people exchanges, including activities among youth, should also be boosted, adding that the "China-Japan-ROK+X" mode should be further developed to step up cooperation.

The three foreign ministers also said they hope to safeguard multilateralism and free trade. As the first such gathering in the last three years, the meeting comes amid the escalating trade spat between Tokyo and Seoul.

A slew of documents regarding the "China-Japan-ROK+X" cooperation mode were passed during the meeting. 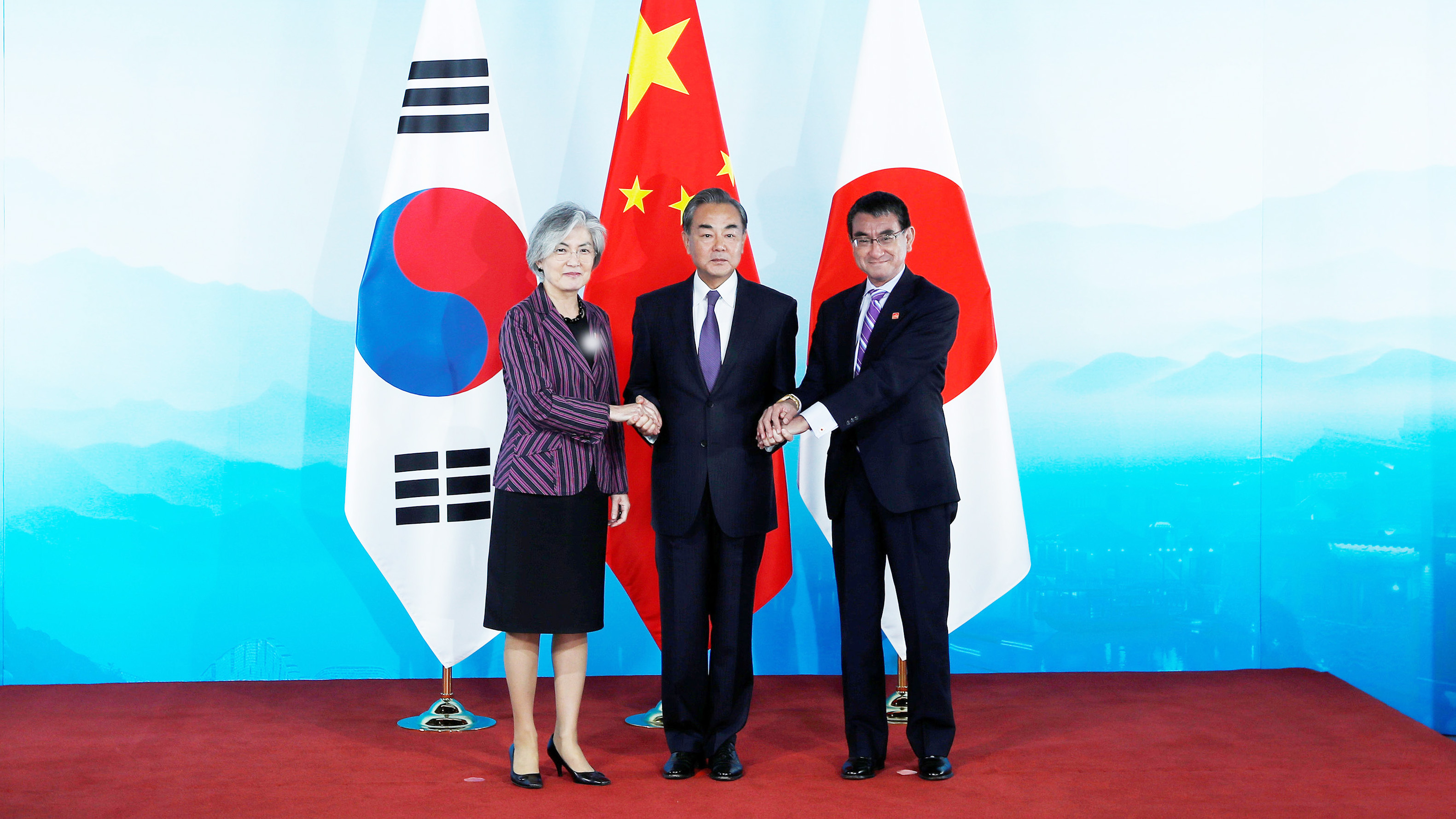 Wang Yi: Seeking confrontation will result in a double loss

China resolutely opposes U.S. deployment of land-based missiles in Asia, said Wang at the meeting. China will stick to its defense policy, which is defensive and is willing to work with the ROK and Japan to jointly safeguard regional peace and stability.

Having a cold war mentality will cause us to go backward in history, and seeking confrontation will result in double loss, he stressed.

Wang said China, Japan, and the ROK need to play a leading, stable and constructive role in East Asia cooperation and regional security.

He said the three countries should enhance coordination within the frameworks of ASEAN, East Asia Summit and the Greater Mekong Sub-region cooperation, and positively view and respond to each other's proposals.

We should first try to finish the negotiation of the Regional Comprehensive Economic Partnership (RECEP) and then discuss the building of the East Asia economic community, said Wang.

Speaking of the situation on the Korean Peninsula, Wang said the three countries should play a constructive role in the area.

"The political settlement progress of the issues on the Korean Peninsula can only move forward, not remain stagnant, let alone go backward," he noted.

Wang reiterated China's consistent stance on the Democratic People's Republic of Korea (DPRK) issue, which is to address the concerns of all parties through negotiation, including the DPRK's legitimate concerns in security guarantee and sanction relief.