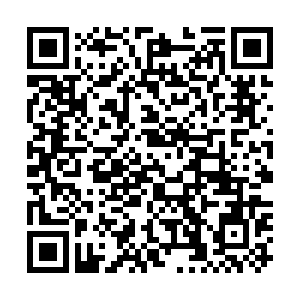 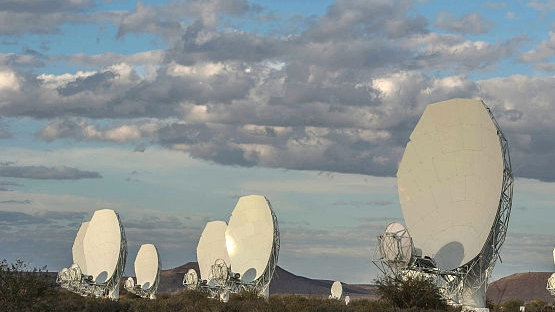 Construction of the Square Kilometer Array (SKA), the world's largest astronomical device, is expected to start next year. China, one of the founding members, is preparing to build a regional data center and developing its reflector antennas.

SKA will be the largest and most advanced radio telescope ever. It will combine signals received via thousands of small antennas spreading over 3,000 km to simulate a single giant radio telescope with a total collecting area of approximately one square kilometer and capable of extremely high sensitivity and angular resolution.

The antennas will be installed in the southern hemisphere with the core stations located in western Australia and South Africa, where the view of the Milky Way is best and radio frequency interference is least. SKA will be able to detect faint radio waves from deep space with a sensitivity about 50 times higher than any other existing radio instrument ever developed.

The super telescope will help scientists study the evolution of the Universe, understand the nature of gravity, explore the origins of life and the origins of cosmic magnetic fields, as well as search for extraterrestrial civilization. It is expected to make revolutionary breakthroughs in the major frontiers of natural sciences.

Owing to the extremely high sensitivity, a wide field of view, ultra-fast survey speed and super-high resolution, SKA will generate a vast amount of observational data, said An Tao, head of the SKA group of the Shanghai Astronomical Observatory (SHAO) of the Chinese Academy of Sciences (CAS).

"Compared with traditional telescopes, SKA is more of a 'software' telescope. It will generate data streams far beyond the total Internet traffic worldwide," said An.

SKA will be built in phases. The first 10 percent of the total project is expected to be completed in the first phase until around 2028.

It is estimated that the computing power required to process the super telescope's scientific data during the first phase will be more than 500 Pflops, equivalent to five times the power of Sunway TaihuLight, or 10 times that of Tianhe-2, the top two supercomputers in China.

The transportation, storage, reading, writing, computing, management and archiving and release of the SKA data will pose big challenges to the technologies in the field of information and computing, An said.

China's SKA science team will work with the information, communication and computer industry to tackle the challenges of the SKA big data, which will bring major scientific discoveries and help promote China's economy, said An.

With financial support from the Ministry of Science and Technology and the CAS, SHAO recently led the construction and integration test of the prototype of the China SKA data center.

The SHAO team had completed a large-scale integration test of the SKA core software on the Tianhe-2 supercomputer platform in 2016.

In order to meet the data revolution brought about by SKA and achieve the scientific goals, Chinese scientists are carrying out SKA-related research in advance to accumulate experience.

China is also training future astronomers. With the support of the Ministry of Science and Technology, the SKA China Office and the CAS, SHAO has held training courses for undergraduates, graduates and junior researchers.

At the latest training course in August, the participants for the first time used the prototype of the China SKA data center to process and analyze the data generated by SKA pathfinder telescope, said An.

(Cover photo: A general view of one of a 64-dish radio telescope system of the Square Kilometer Array (SKA) is seen during an official unveiling ceremony on July 13, 2018 in Carnarvon, South Africa. /AFP Photo)