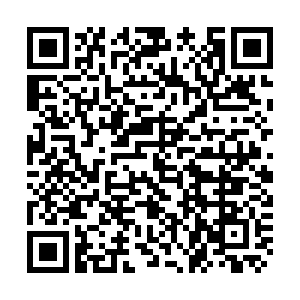 South Africa will double the trophy hunting quota for black rhinos and sell more shooting rights to fund conservation of other species, raising concerns among a section of animal rights groups and a number of countries.

The country's proposal received adequate support at the ongoing 18th Conference of Parties (COP18) of Convention on International Trade in Endangered Species (CITES) in Geneva.

"The revenue that would be generated from a black rhinoceros hunt could be used to fund anti-poaching measures, secure land and provide for the ecological management of these animals," the proposal said.

Gabon and a few conservation groups opposed the request. But South Africa was able to gather enough backing from the European Union (EU), Canada and a group of African nations.

The opposition comes in the wake of massive poaching for rhino horns which decimated the pachyderm's population by more than 95 percent to barely 2,500 individuals in the mid-1990s.

But a crackdown turned around the grim situation with the population of the species doubling in the last two decades. Today, there are more than 5,000 black rhinos in the world – nearly half of them are in South Africa.

The number of the three subspecies of black rhinos in the country have gone from 800 individuals in 1992 to 2,046 by the end of 2017, according to Save the Rhino, a conservation charity.

The permission "will increase the number of black rhinos that can be trophy hunted each year in South Africa from five to a maximum of ten animals," a statement issued by the charity said.

Allaying the fears, South Africa has reportedly assured that trophy hunters would be allowed to shoot only older rhinos or post-productive bulls. Black rhinos are territorial by nature and prevent younger ones from mating. Their aggressive nature leads to conflict in the herd.

"On the face of it, increasing the trophy hunting quota at a time when poaching of rhinos in South Africa is rampant might seem counter-intuitive," Richard Thomas, global communications coordinator at Traffic, a UK organization focused on wildlife trade, told CGTN.

"But there are strong biological reasons why careful, selective removal of older, post-breeding males enables younger, more vigorous animals to come through and boosts breeding success and productivity of a population," he added.