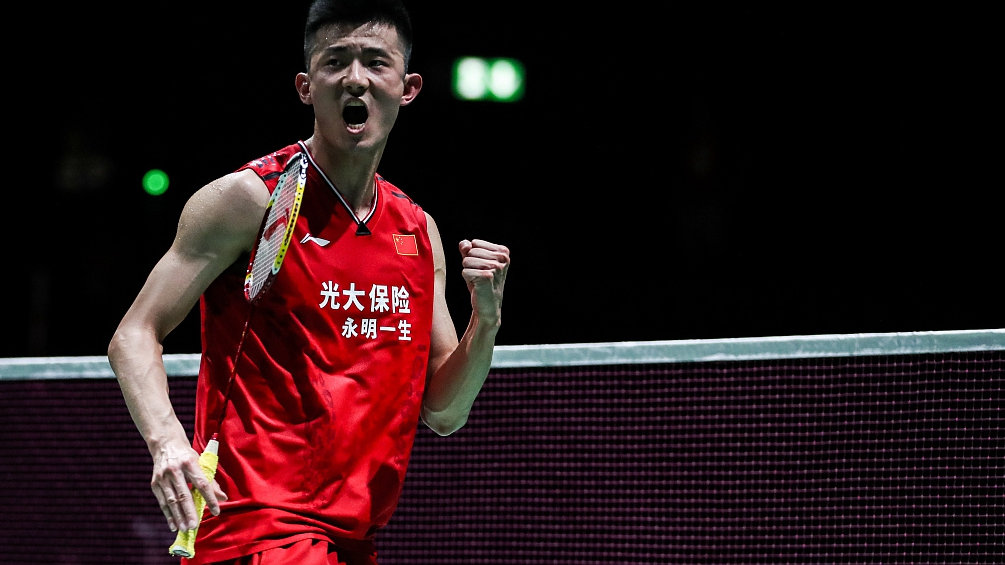 After the shock elimination of five-time winners Lin Dan and Lu Guangzu on Tuesday, the third-seeded Chen is the sole survivor of the men's singles draw from Team China and found himself with his back to the wall after a poor run of form which saw him clinch only two victories in a month.

The 30-year-old, who is competing in his seventh world championships, looked much more like his former self as he fought off a hard challenge from Lee to come out on top 22-20 21-14.

"It was a tough match, especially the first set," said Chen. "Fotunately, I have made very good preparation and I know him well because I beat him in a match in January this year."

Next up for Chen is Angus Ng Ka Long, another strong opponent from Hong Kong, China.

"I am not in top form today probably because it is my first match," Chen Yufei said. "I played too slowly at the beginning of the second set, which gave her many chances."

She is drawn to meet second seed Tai Tzu Ying of Chinese Taipei in the quarterfinal should both players win their next match.

Tai, whom Chen defeated in this year's All England Open final, beat Fitriani Fitriani of Indonesia 21-15, 21-14.