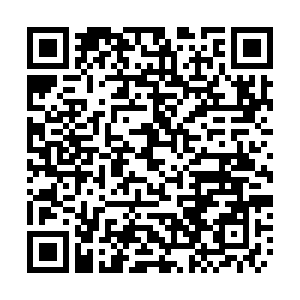 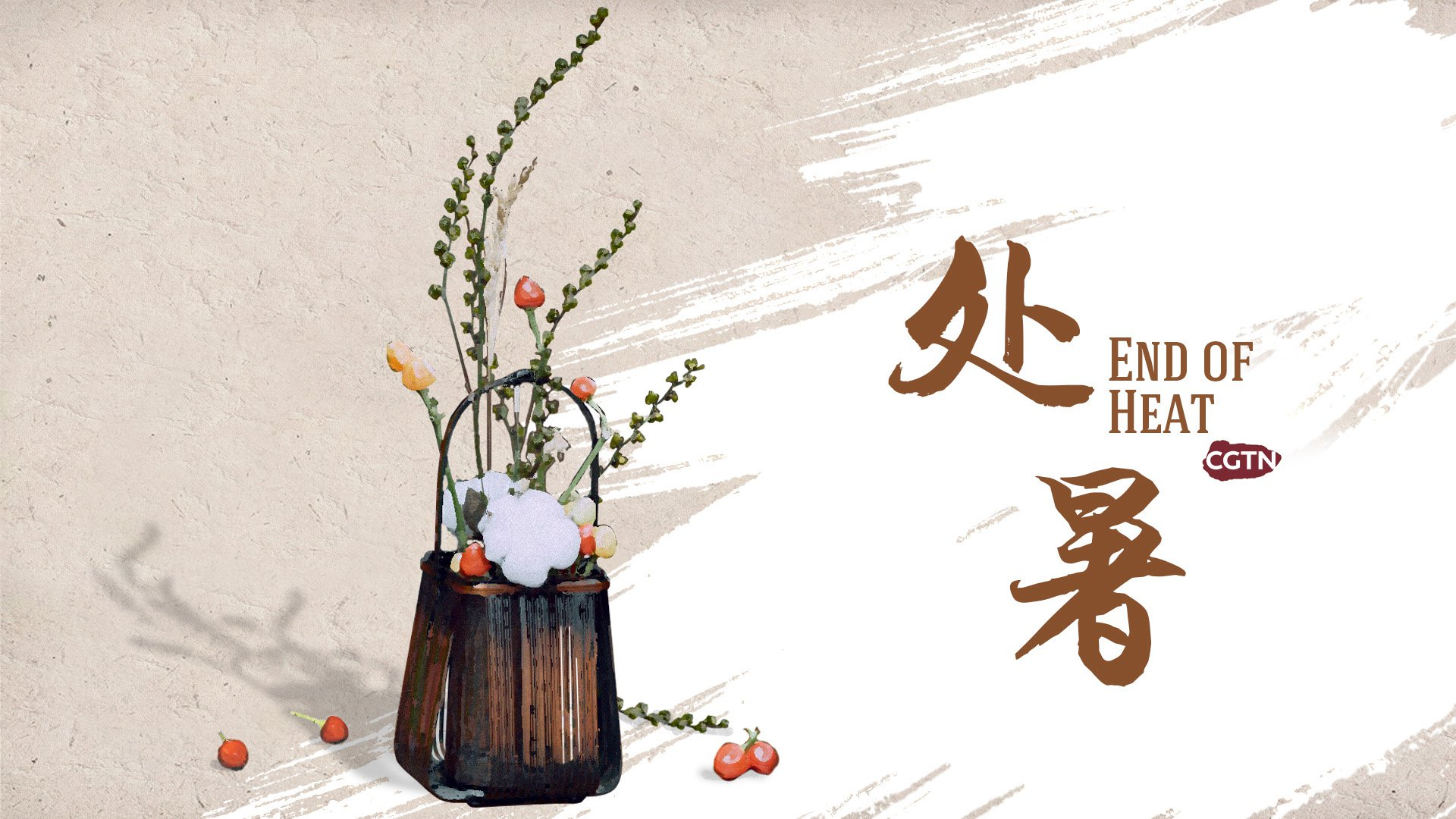 As the second solar term of the autumn approaches, also known as "End of the Heat" or "Chushu", the summer heat is finally starting to fade away. The sun is no longer scorching and the cooling breeze starts to make an occasional appearance.

There lies the wisdom of the ancient Chinese people.

The 24 solar terms are used to guide the farmers on their agricultural practices and prepare people to get ready for the delicate changes in climate. Even after centuries, they are still influencing people's lives, only in a different way. 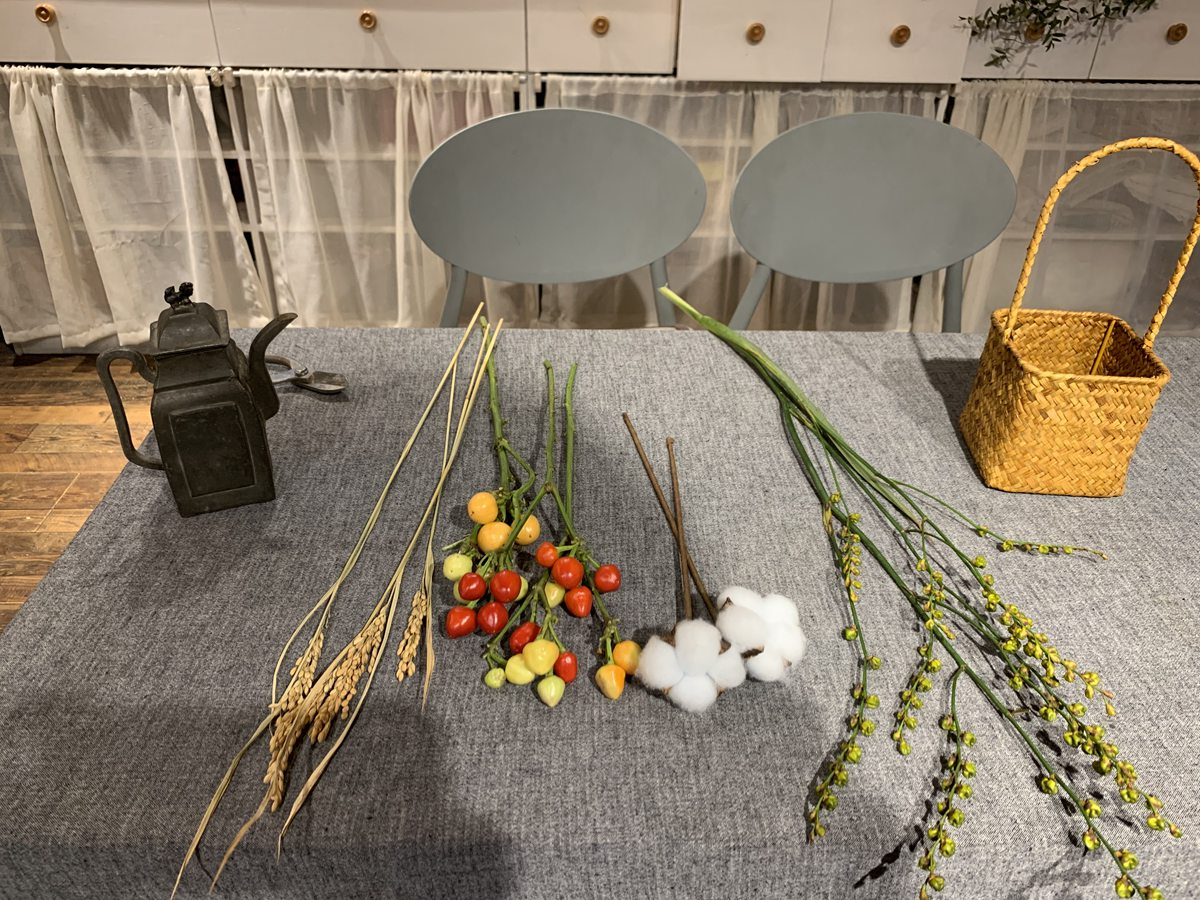 Prepared flowers and materials for a floral designing. /CGTN Photo

Prepared flowers and materials for a floral designing. /CGTN Photo

Read more: Time to say goodbye to shorts and skirts

"End of the Heat" is when the autumn begins in the meteorological meaning. But it is also a transitional period between the summer and the autumn.

For this episode of the 24 solar terms series, flower designer Cherry Ran picked flowers and elements that represent the "End of the Heat" in color and characteristics: Fruit from the fire orchids (renanthera coccinea), peppers, cotton, and ear of rice.

The fire orchids bloomed a few days ago when autumn had just begun. Now, with the "End of the Heat" arriving, fruits have made an appearance and the curves in the branch provided a nice frame for the floral design.

Read more: Enjoy a bowl of tasty soup to welcome the Chinese autumn 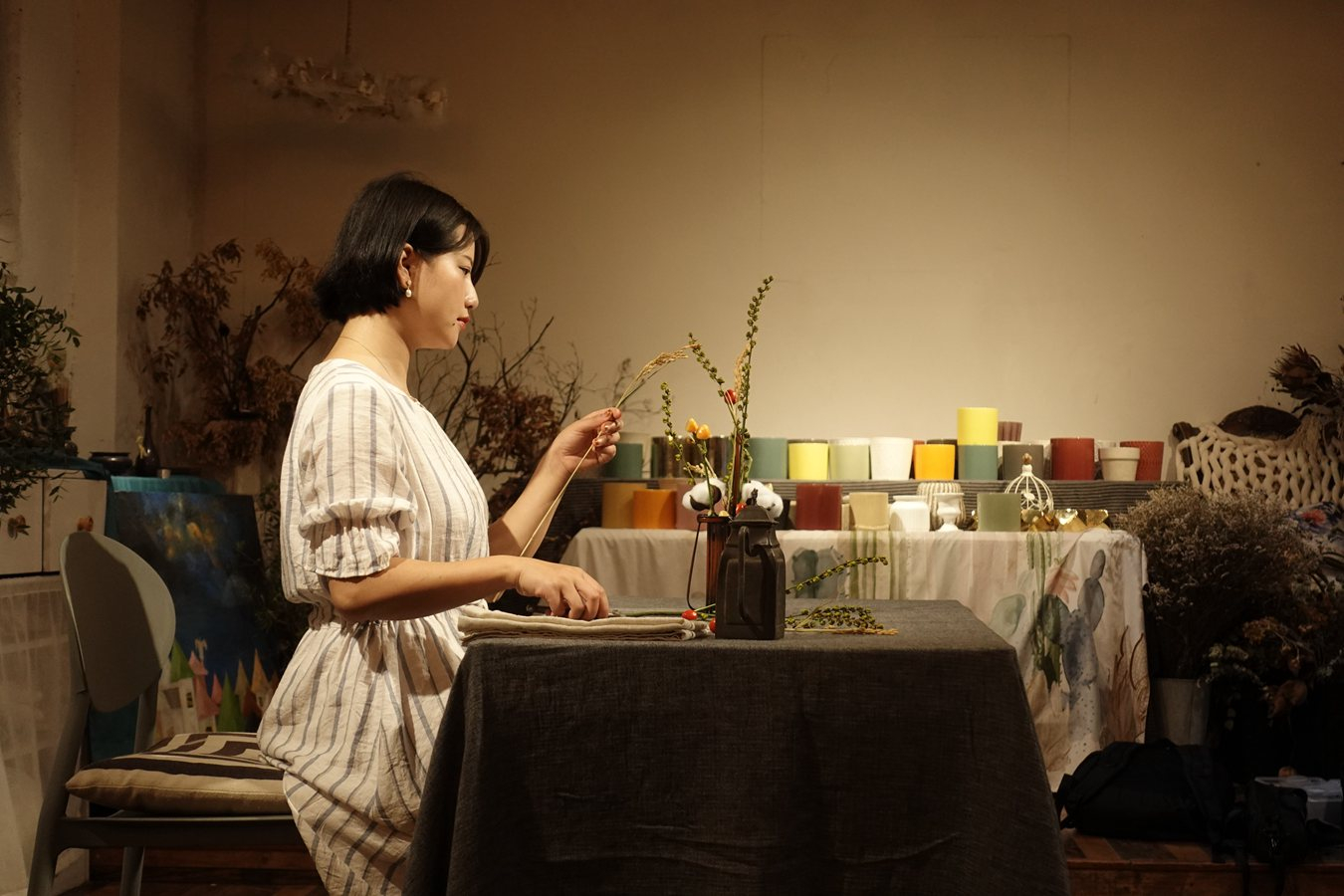 Florist Cherry Ran is observing rice ear before putting it into the design. /CGTN Photo

Florist Cherry Ran is observing rice ear before putting it into the design. /CGTN Photo

The small peppers with nice red and yellow fruits can have a central role in the whole designing, due to their color and shape.

"It demonstrates the gradual transition from summer to autumn," Ran said to CGTN. "And the fruit also reminds us of the autumn."

The ears of rice, with their flickering and dancing movements in the wind, bring "a nifty sense" to the whole design, and "reminds people of the rice fields," which are alive and mature during this period of time.

The cotton, ripening in the autumn, transmits a sense of thickness. "Therefore we give it a lower position in the design," Ran explained.

While completing most of the design, Ran put some peppers along with the cotton, so the flowers and the fruits look like they are brimming over the basket, which also echoes the concept of "harvest" in the autumn. 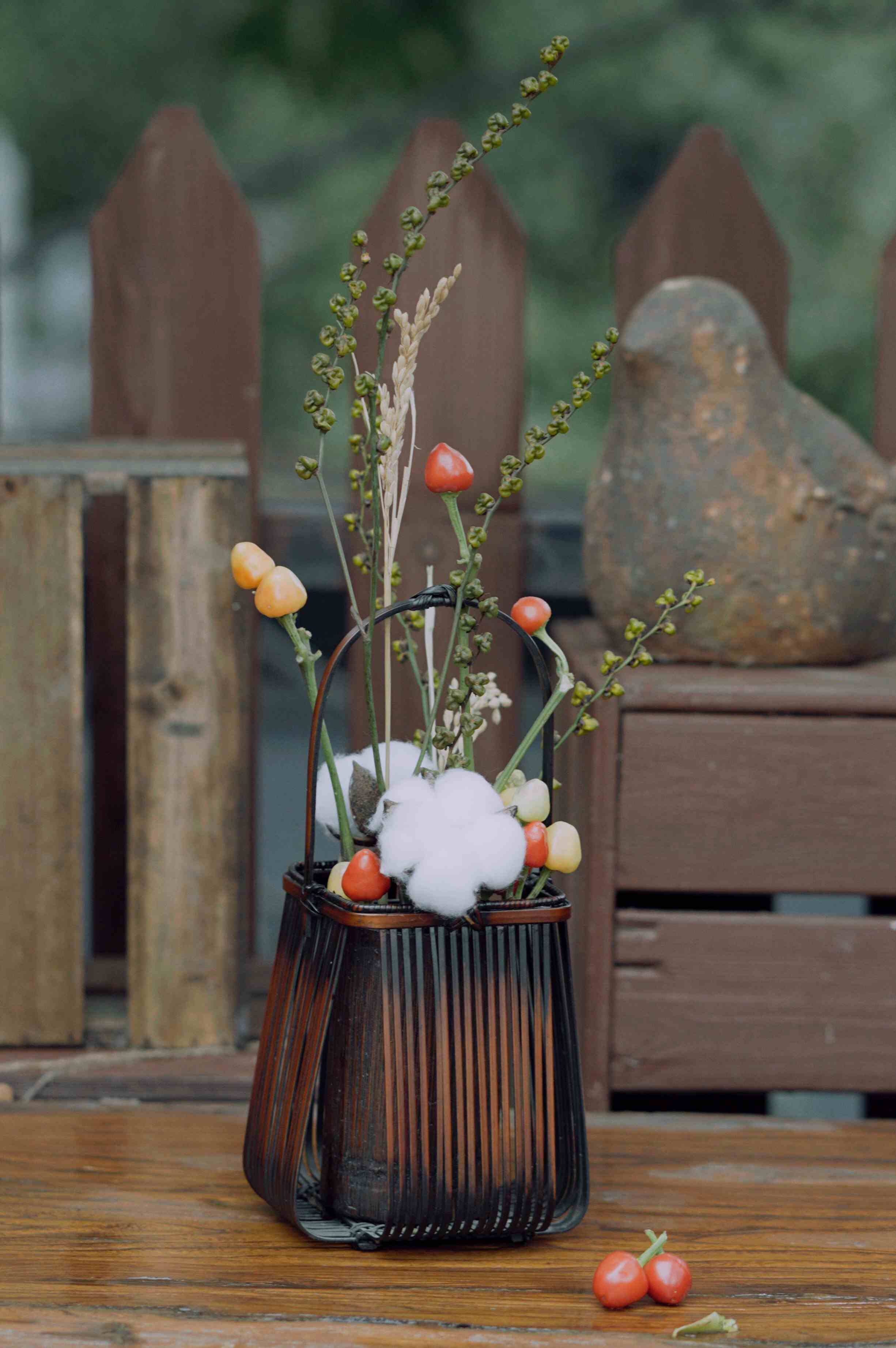 For this floral design, the materials are not difficult to find, according to Ran. She added that some of them could even be replaced, for example ears of wheat instead of rice.

With only a few steps, your home can welcome the "End of the Heat" in style.