China-U.S. relations has come to a crossroads
John Gong 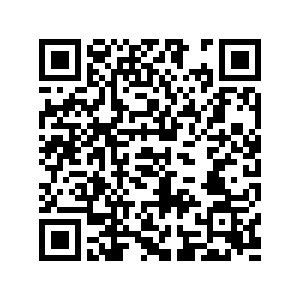 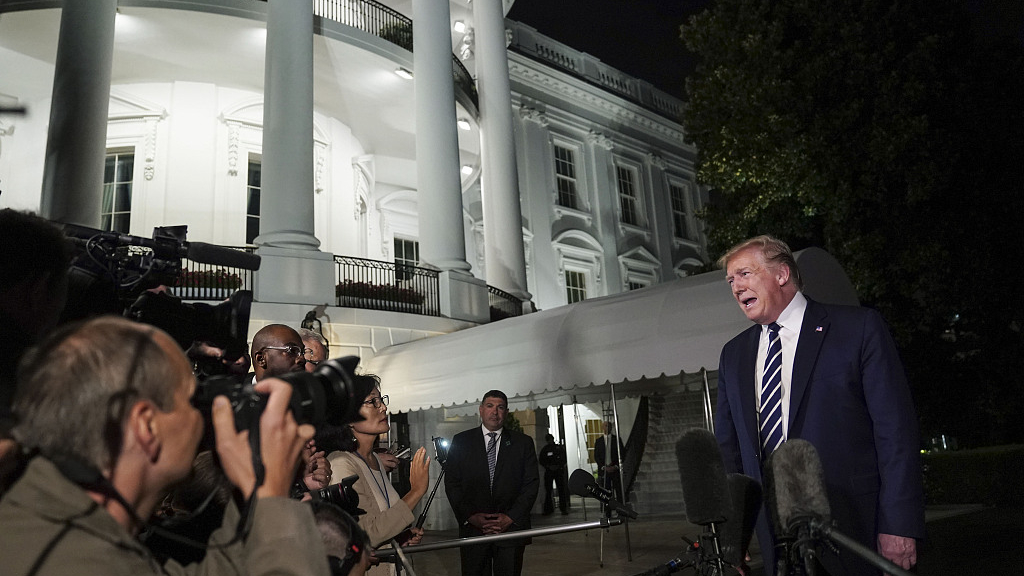 Editor's note: Dr. John Gong is a research fellow at Charhar Institute and professor at the University of International Business and Economics. The article reflects the author's views, and not necessarily those of CGTN.

Within the last 24 hours, the Sino-U.S. trade spat has been taken to a whole new level. This is no longer just about trade deficit or the so-called "structural" issues in China's trade practices that some Americans are concerned about. Our two countries' relationship has now indeed come to a crossroads.

On the evening of August 23, China's Ministry of Finance announced a new wave of tariffs of between 5 percent and 10 percent to be imposed on 75 billion U.S. dollars' worth of U.S. imports. Depending on the products, these new tariffs will take effect on September 1 or December 15. This move is clearly in retaliation against Trump administration's decision to place 10 percent tariffs on 300 billion U.S. dollars' worth of Chinese imports, announced earlier this month. The Chinese response is a measured one by all standards, as the tariffs are fairly moderate coupled with exemptions on a range of products that importers can file.

Within hours, President Trump responded with a feverish tweet storm. The wordings are vicious. The intention is ill. And the fire and furor in the tone of his tweets is palpable.

He said, "Our country has lost, stupidly, trillions of dollars with China over many years." He said, "We don't need China and, frankly, would be far better off without them." He even asked, "Who is America's bigger enemy, Powell or Xi?"

In the tweets, he ratcheted up a notch with the planned tariffs on 300 billion U.S. dollars of Chinese imports from 10 percent to 15 percent. More importantly, he ordered American companies to "immediately start looking for an alternative to China, including bringing your (American) companies home and making (your) products in the USA."

While the pundits were questioning where that presidential power comes from, Trump put out another venomous tweet, possibly on Air Force One on the way to Paris for the G7 summit:

"For all of the Fake News Reporters that don't have a clue as to what the law is relative to Presidential powers, China, etc., try looking at the Emergency Economic Powers Act of 1977. Case closed!" 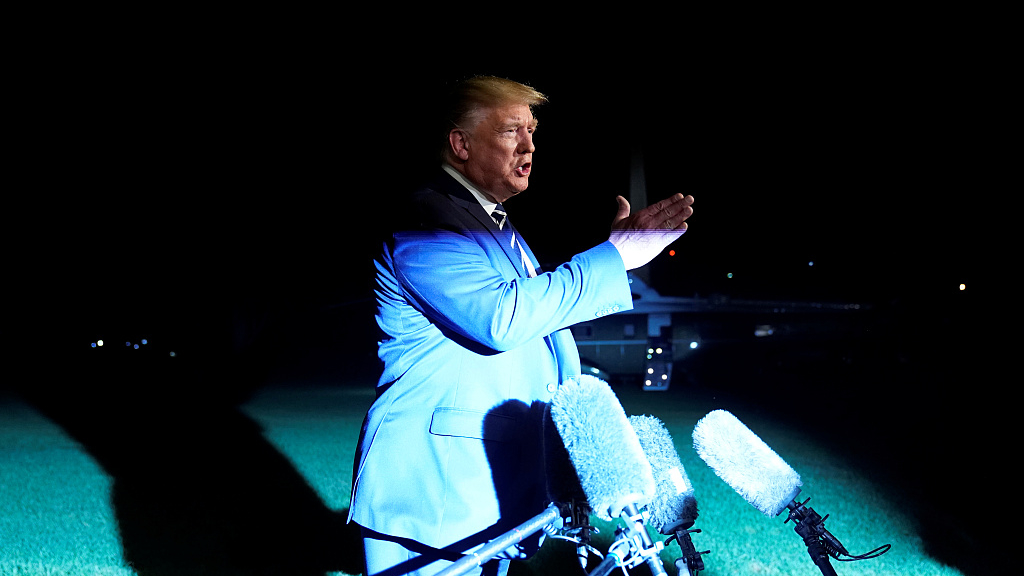 U.S. President Donald Trump speaks with reporters on the South Lawn of the White House in Washington, U.S., before his departure to France to attend the G7 summit in Biarritz, August 23, 2019. /VCG Photo

U.S. President Donald Trump speaks with reporters on the South Lawn of the White House in Washington, U.S., before his departure to France to attend the G7 summit in Biarritz, August 23, 2019. /VCG Photo

This piece of legislation Trump refers to is known as International Emergency Economic Powers Act (IEEPA) of 1977. It empowers the U.S. President with broad authority and an enormous range of financial measures to regulate foreign transactions after declaring a national emergency in response to any unusual and extraordinary threat to the U.S. originating from a foreign source.

"Unusual and extraordinary threat" essentially implies a quasi-war party in peace time. For example, the president can prohibit any transaction or trade of property in foreign exchange. So even though he does not have a direct mandate to issue orders to American companies, indeed he can go his way in a de-facto manner after declaring a national emergency vis-à-vis China.

This tweet cannot be more reflective of what Trump's current thinking of the China issue is. He is no longer treating it as a trade issue anymore. Trump would essentially be waging an economic war on China if he declared a national emergency on the issue – at whatever cost to the U.S. economy, to American farmers, to his 2020 Presidential election, or to whatever that is relevant to America's national interests in the short run. Trump is viewing this fight with Beijing as America's existential challenge, a stance in fact not so much different from his previous political adviser Stephen Bannon. By invoking the IEEPA, he is effectively treating China as an enemy state.

In a press interview reported by Associated Press a few days ago, Trump admitted the harm the trade war has done to the U.S. economy and the prospect of a recession. But he doesn't care about these issues as he brushed off the negative impacts as "irrelevant."

"It is about time (to take on China), whether it is good for our country or bad for our country short term," he said. And he added, "My life would be a lot easier if I didn't take China on. But I like doing it because I have to do it."

Beijing's strategy so far has been to argue for a case based on benefits to the U.S. and harm otherwise. This argument is backed by punitive measures pointedly targeting Trump's political base. But it seems this is not working, because Trump doesn't care about these things anymore. He has taken the game to a whole new level. In accordance, China's strategy also needs to be taken to a whole new level. Or just prepare for the worst.