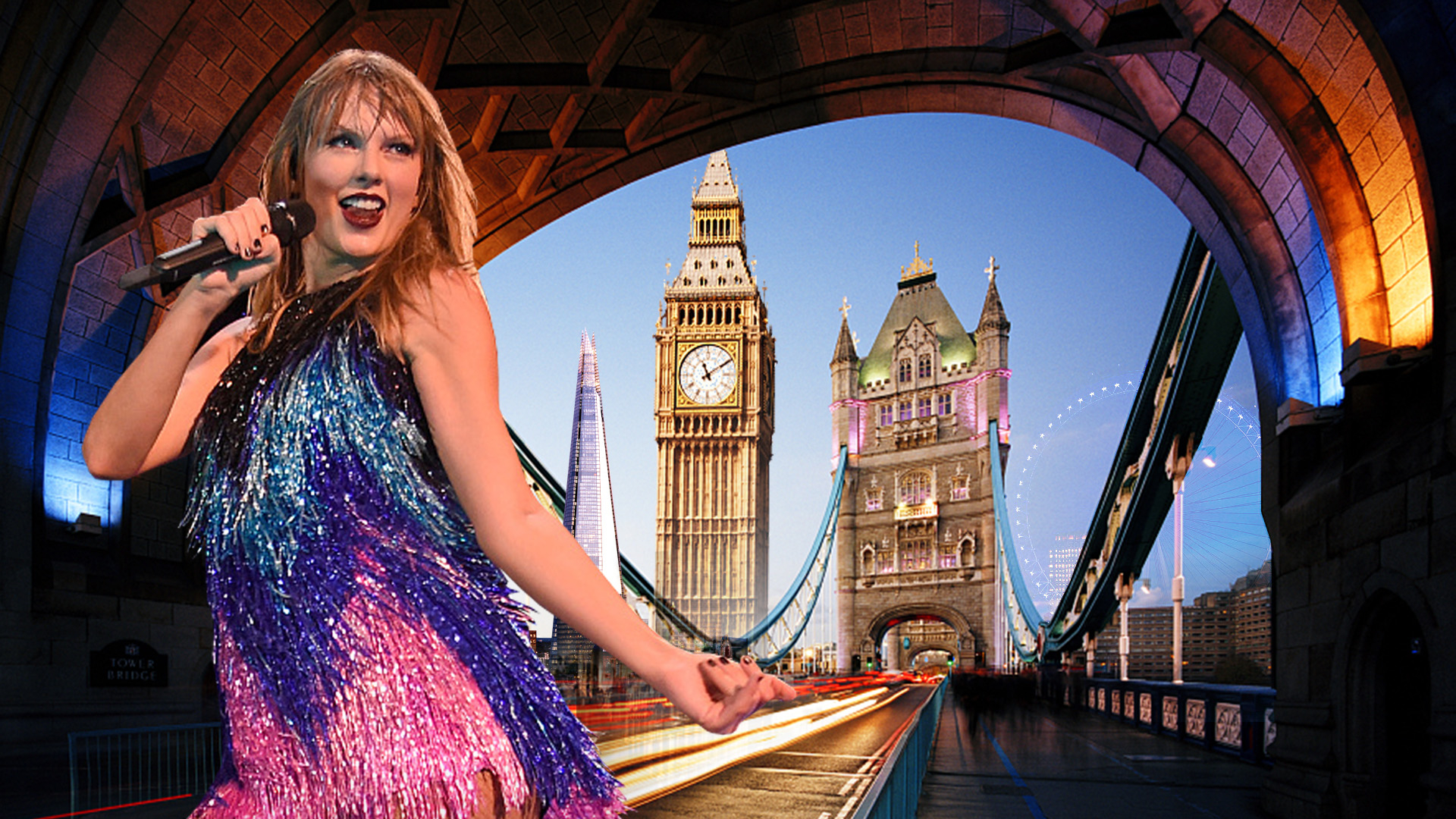 The pop "queen" of flowers, butterflies, fairy tales, heartbreak and drama is back with a bang! American pop sensation Taylor Swift, who's well-known for turning her romantic experiences into blockbuster songs, launched her highly-anticipated seventh studio album "Lover" on Friday.

And this time, the international fame sounds desperate to tell her fans about her love for the "London Boy" and his city. After the midnight release of "Lover," Swift tweeted: "This album is very much a celebration of love, in all its complexity, coziness, and chaos." But her ode to the English capital and her British boyfriend Joe Alwyn has left over eight million Londoners cringing at the lyrics. Here's why.

Swift's romanticized version of London talks about how she enjoys visiting the West End and strolling through Camden market.

She sings: "I enjoy walking Camden Market in the afternoon...Boy, I fancy you. And now I love high tea, stories from Uni, and the West End."

She also mentions meeting her boyfriend's friends in a Highgate pub, watching rugby with his school pals, singing: "Took me back to Highgate, met all of his best mates."

Her journey through the city ends in Brixton. "You know I love a London boy; I enjoy nights in Brixton, Shoreditch in the afternoon."

However, the "itinerary" hasn't gone down too well with Londoners. 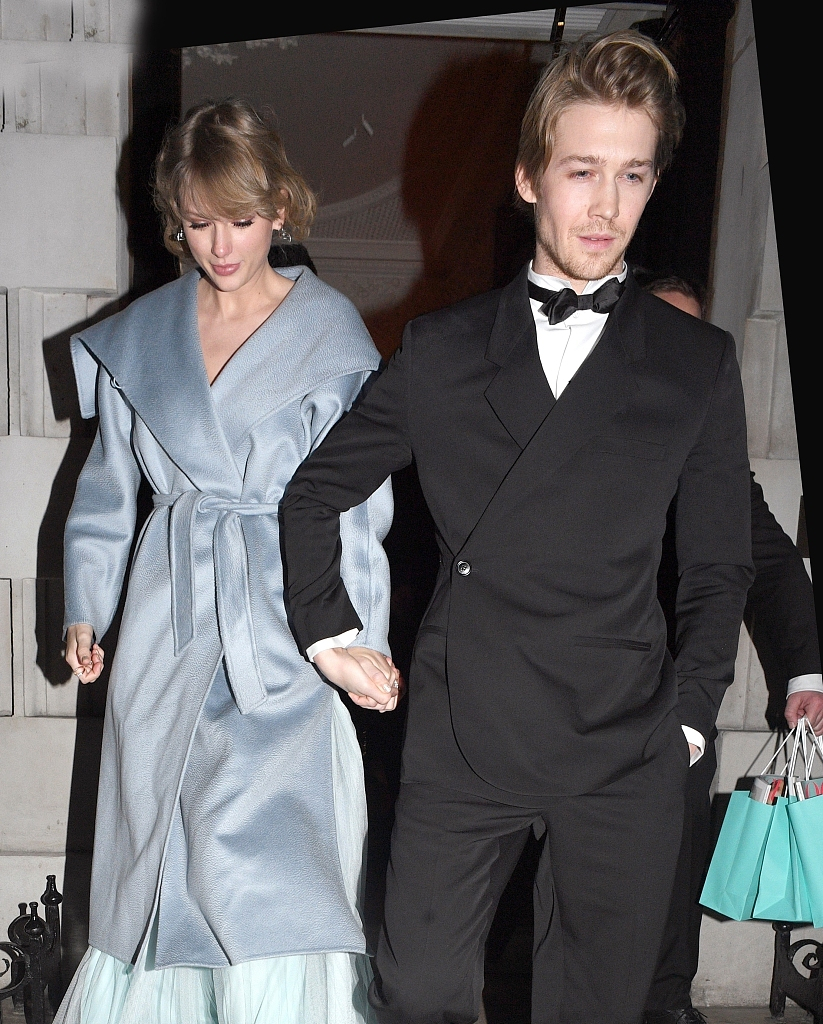 "Taylor Swift are you mad blud? She sounds just like a lost American tourist consulting her guidebook, bless her. High tea and the West End? London is all about a tray of meat and chips down near Putney," reacted Londoner Nick Moore, adding "I don't think anyone has said 'I fancy you' since Austin Powers in the 1990s."

Josh McNally, who hails from Liverpool, commented: "Those lyrics are really cliche. I don't know how authentic she's supposed to be, but this feels like she wrote a normal song, was told she needed a gimmick, and then just went with the first, most obvious results about London. Also, trying to imagine a 'London Boy' drinking high tea and going to the West End is hilarious."

The stand-out song has also caused a Twitter storm, with many asking: "Taylor Swift are you okay?" 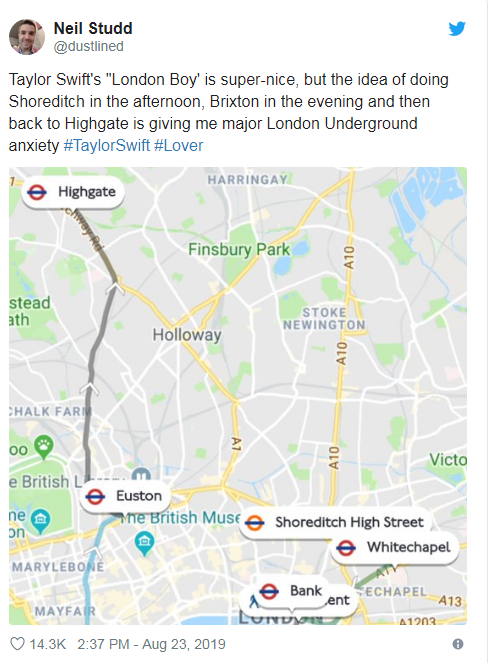 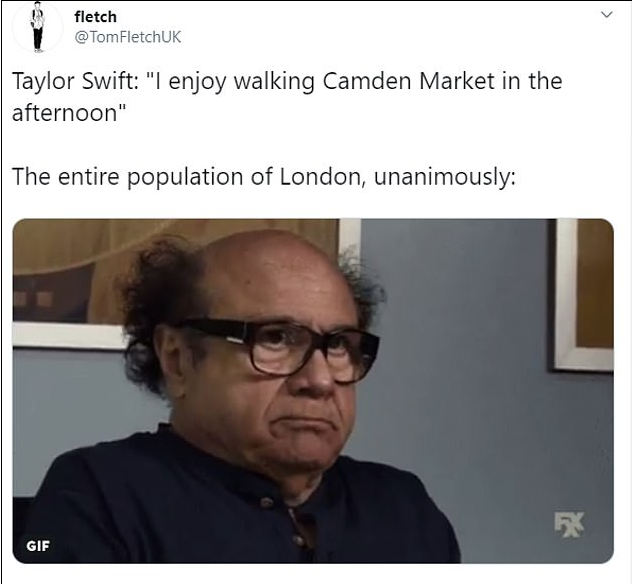 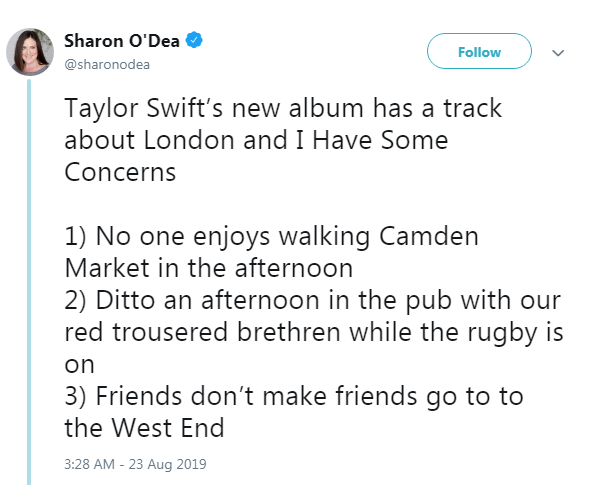 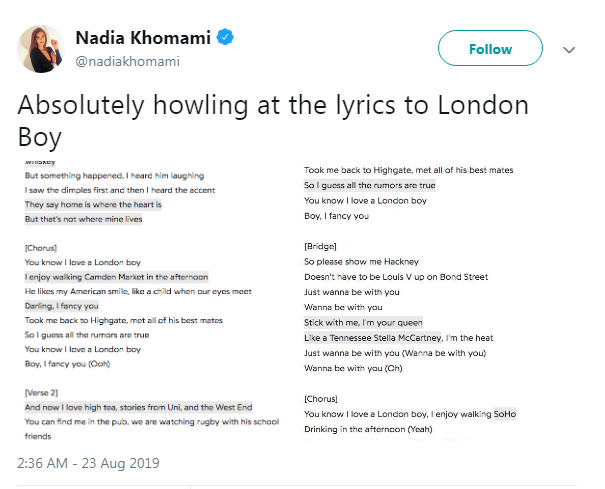 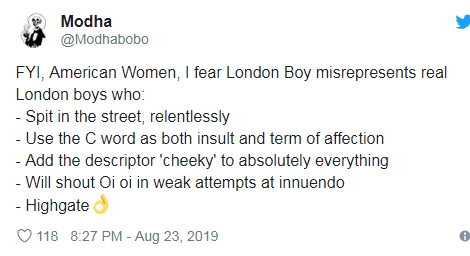