In The Spotlight: G7, a very different West
Henry Zheng 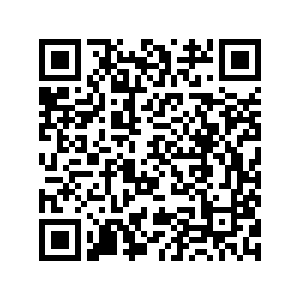 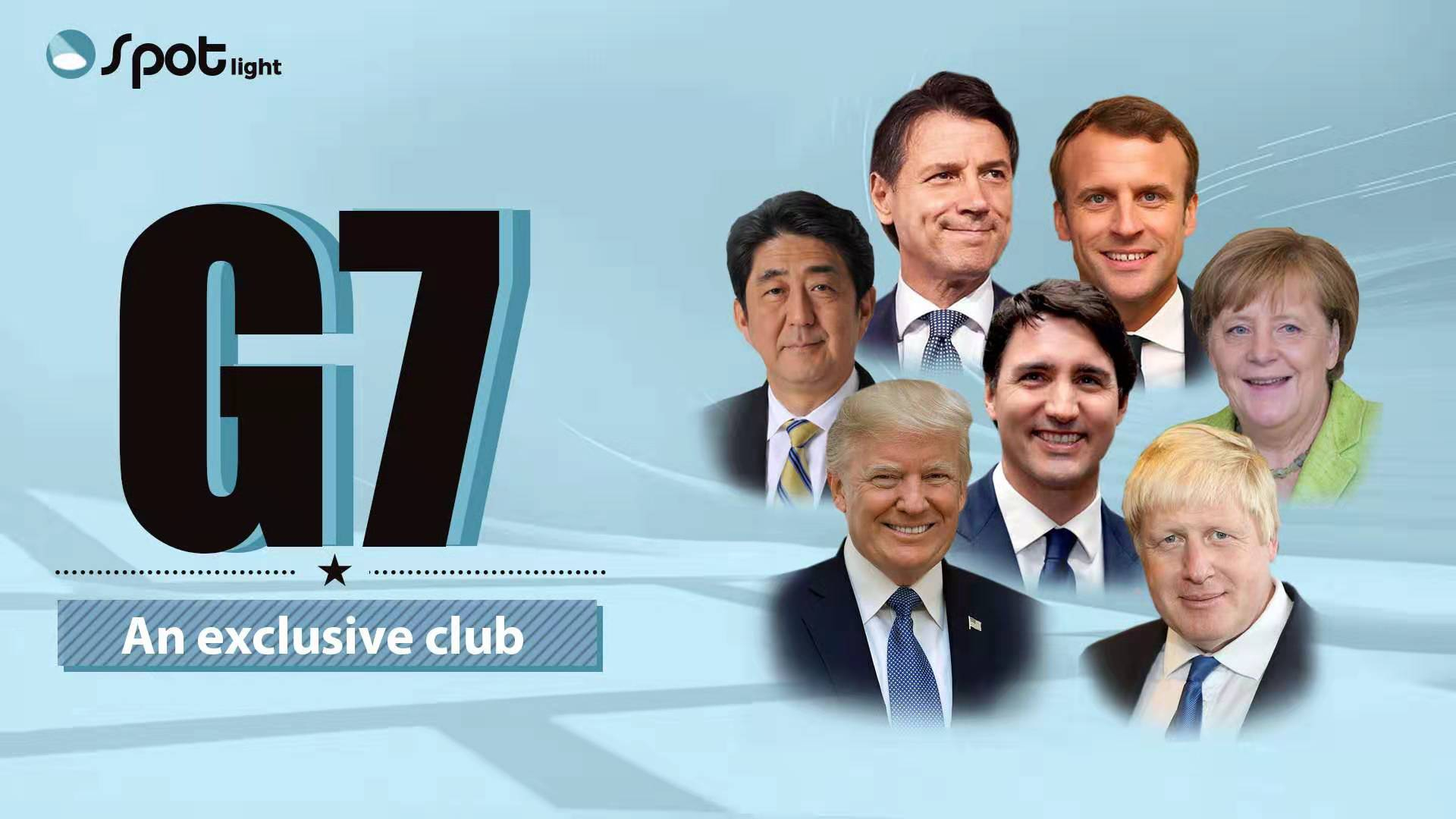 Leaders of advanced industrialized nations have gathered in the French town of Biarritz for the annual G7 Summit. Once considered a united front for power brokers in the West, the G7 has seen increasing discord among member nations since its inception over four decades ago. State leaders this year are expected to discuss the burning Amazon forest, a controversial digital tax, trade and Brexit.

What drives this exclusive club? Will its bickering tear it apart, or is it simply a family squabble?

The G7 began as a group of six nations banding together in 1975 during the economic crisis brought on by the OPEC oil embargo and soaring inflation. The first meeting was initiated southwest of Paris by French President Valéry Giscard d’Estaing and Chancellor Helmut Schmidt at the Chateau de Rambouillet. The original attendees were the U.S., the UK, Italy, Japan, France and Germany, with Canada joining the following year.

The largely Western bloc is considered informal compared with groupings such as the security-oriented NATO. Like many institutions set up at the time, the G7 acted as a counterbalance to communist powers, but Russia was invited to participate after the Soviet Union collapsed in 1991, and became an official member in 1998. It was ousted in 2014, however, after Crimea became a part of Russia.

What common values drive the G7?

Aside from being advanced industrialized societies, G7 member nations are known for their democratic values. The group is also focused primarily on issues of politics and security, and less so on the economy. The summit is thus an annual gathering where the most powerful countries in the West sign multilateral agreements and hash out differences, done by leaders with similar values in a display of Western unity.

Things have gotten so dire that French President Emmanuel Macron said that there will be no joint communique this year, the first in the summit's 44-year history. He emphasized that there is "a very deep crisis in democracy." 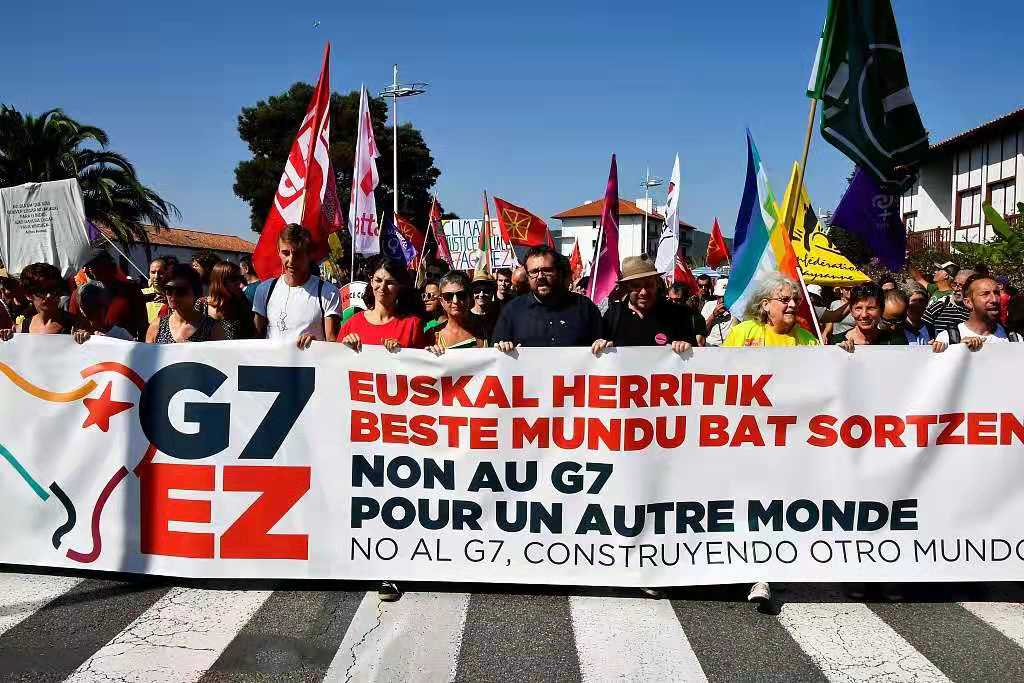 An anti-G7 demonstration in Hendaye, southwestern France, on the sidelines of the first day of the annual G7 Summit in Biarritz, August 24, 2019. /VCG Photo

An anti-G7 demonstration in Hendaye, southwestern France, on the sidelines of the first day of the annual G7 Summit in Biarritz, August 24, 2019. /VCG Photo

Troubles just a blip or the decline of Western unity?

Trump is known for his knack for upending conventional proceedings, but his suggestion this year and the last that Russia be allowed to rejoin is a reversal from former U.S. President Barack Obama's position, who had announced in 2014 with other world leaders that the G8 be suspended until Russia "changes course" after the Crimea issue.

In addition to the squabbles from the trade disputes that Trump has initiated with almost all other G7 members, the UK's Brexit dilemma has put it at odds with the EU, which has been attending the summit since 1977 as a "non-enumerated" member.

These and other tensions among member states have raised concerns about the cohesiveness of the most powerful countries in the West, at a time when emerging powers outside of the bloc such as those in BRICS are calling into question the relevance of the G7.

For those who think that Trump's erratic behavior or intragroup tensions will render the G7 ineffective, Sebastian Mallaby with the Council for Foreign Relations said at a 2018 conference that this notion may hold in the short term. However, he noted that a different U.S. administration with a different agenda could see the G7 roar back to life.

Any talk of ousting the U.S. from the group, seen in this light, is unlikely because it holds almost all of the cards, accounting for over half of the GDP among G7 members. Although economic relationships and terms are often negotiated at the summit, the group's members are bound by their notions of democracy and other political values.  However, with the inclusiveness of G20 and the rise of other multilateral institutions, the G7's relevance is another matter entirely, as they are far from being the only game in town.