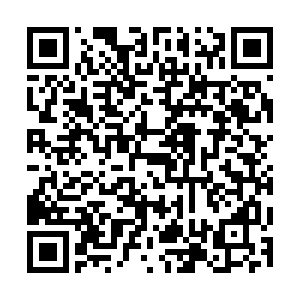 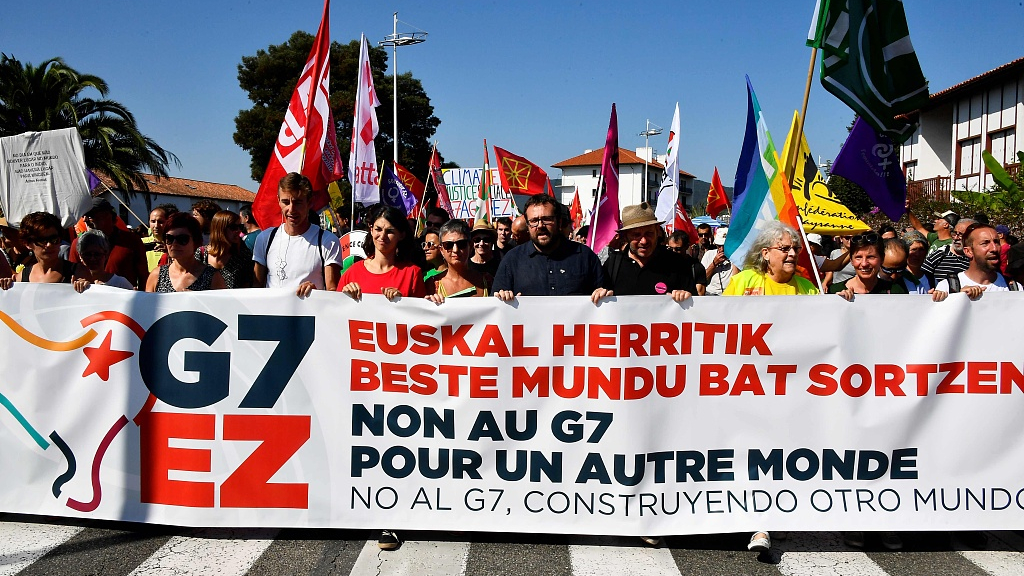 Editor's note: Dr. Ji Xianbai is a research fellow at the S. Rajaratnam School of International Studies, Nanyang Technological University, Singapore, and also an associate fellow at the EU Center in Singapore. The article reflects the author's views, and not necessarily those of CGTN.

As leaders meet in Biarritz, France for the 45th G7 summit, the grouping unfortunately is losing relevance and soft power by the day.

This is certainly not because almost every single G7 leader attending the summit is in some kind of trouble, whether it's economic, political or simply health-related. Nor is it because the grouping is becoming economically insignificant. After all, it still represents 40 percent of the global economic output and incorporate some of the world’s most innovative industrial powerhouses. The lack of legitimacy isn't the culprit as the grouping has never been trying to be globally representative or come up with binding resolutions that have to be implemented multilaterally by countries that do not sit at the table.

So, what's the problem with the G7? It is the value erosion that is causing the seemingly irreversible decline of the G7.

The G7 process was first established in the mid-1970s in the wake of the economic recessions caused by the 1973 oil crisis and the infamous Nixon shock. Besides coordinating economic policies to assist in each other’s economic recovery efforts, the G7 grouping more fundamentally sees itself as a community of like-minded countries that uphold such supposedly universal values as liberal democracy, peace and stability, and economic prosperity and sustainable development. The very “like-mindedness” on those values is the glue that has been holding G7 countries together for the past decades. But the degree of “like-mindedness” among G7 members is quickly dissipating in recent years.

Across the Atlantic in the UK, Boris Johnson with his signature divisive politics and the reckless “do-or-die” attitude towards Brexit on October 31 is making the country a tyranny of (52 percent) majority. The political rights and economic appeal of the 48 percent of the British population who voted to remain in the European Union are being appallingly trashed. And the sort of sensible center-ground politics that we normally associate with a liberal democracy is dying in the UK.

How about peace and stability? Indeed, G7 members, notably the United States, France, Germany, the UK and the European Union, played an instrumental role in brokering the Joint Comprehensive Plan of Action (JCPOA), popularly known as the Iran nuclear deal. 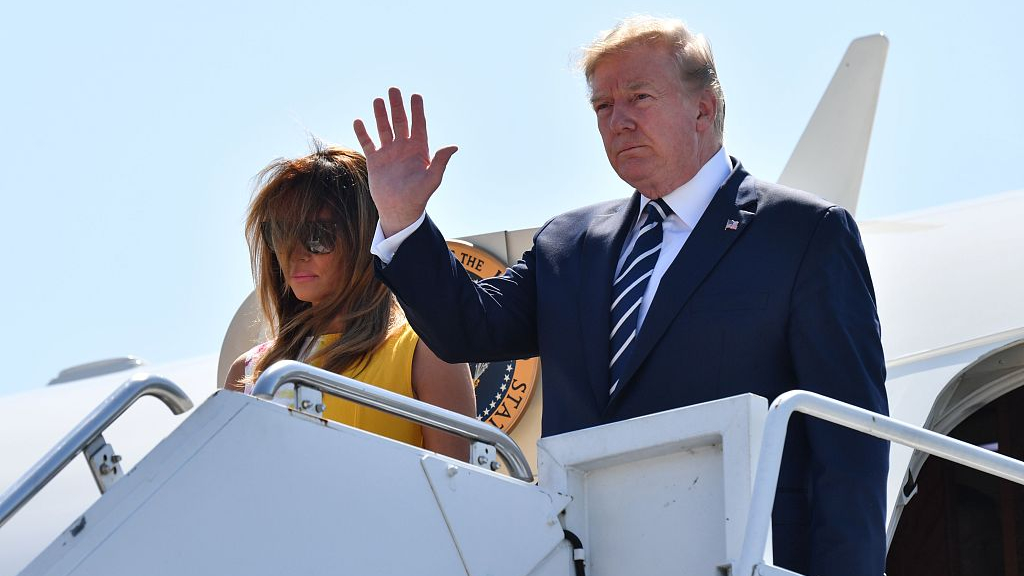 U.S. President Donald Trump (R) waves flanked by his wife, U.S. First Lady Melania Trump as they disembark from an airplane upon landing at the Biarritz Pays Basque Airport in Biarritz, south-west France, on August 24, 2019, on the first day of the annual G7 Summit. /VCG Photo

U.S. President Donald Trump (R) waves flanked by his wife, U.S. First Lady Melania Trump as they disembark from an airplane upon landing at the Biarritz Pays Basque Airport in Biarritz, south-west France, on August 24, 2019, on the first day of the annual G7 Summit. /VCG Photo

It is hard to overstate the importance of the JCPOA not least in terms of preventing a disastrous nuclear arm race in the Middle East. But Trump pulled the U.S. out of what he called "a horrible one-sided deal that should have never, ever been made" in May 2018 and unilaterally imposed sanctions on Iran without consultations with other signatories including its close G7 allies.

The withdrawal caused internal cleavage within G7 as the European Union had to announced countermeasures to preserve the integrity of the agreement and nullify the economic harms inflicted on Iran. As such, it is difficult to argue that G7 members are on the same page when it comes to their collective role with respect to safeguarding the world's peace and stability.

And finally, in relation to economics and trade, the G7 is no longer the go-to forum to handle global economic affairs. The Group of 20, thanks to the participation of a wider collection of systemically important economies, is replacing G7 as the "the premier forum for international economic cooperation."

There are enormous trade tensions between G7 members as well. Without exaggeration, the United States and the European Union are literally on the brink of a full-blown trade war that mirrors the on-going Sino-American trade conflicts.

Trump has earlier slapped "national security" tariffs on European iron and steel exports and is threatening Europe's auto and aeroplane industries with renewed stiff punitive tariffs. Trump is also publicly flirting with Johnson about the prospect of striking a post-Brexit bilateral U.S.-UK trade deal at the expense of the interest of the European Union in the Brexit negotiations.

Meanwhile, the bullying Trump administration has inserted into the U.S.-Mexico-Canada Agreement a blatantly shameful anti-China article against the sovereign will of Canada which eyes a separate trade deal with China, and is imposing upon Japan a lopsided Trade Agreement on Goods that would force Tokyo to asymmetrically open up its auto and agricultural industries to American businesses. What a mess!

The last G7 summit held in Canada was believed to the lowest point in the history of G7. This judgement could soon be a false statement after Biarritz. With heightened tensions plaguing the cohesion of G7 in the absence of unwavering commitments the common values that ideologically brought them together in the first place, there should be deep rethink if the bloc still has its place on the stage of world politics.