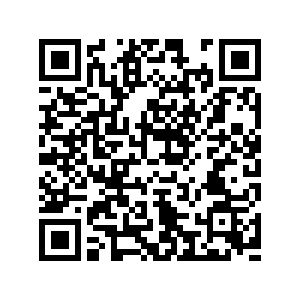 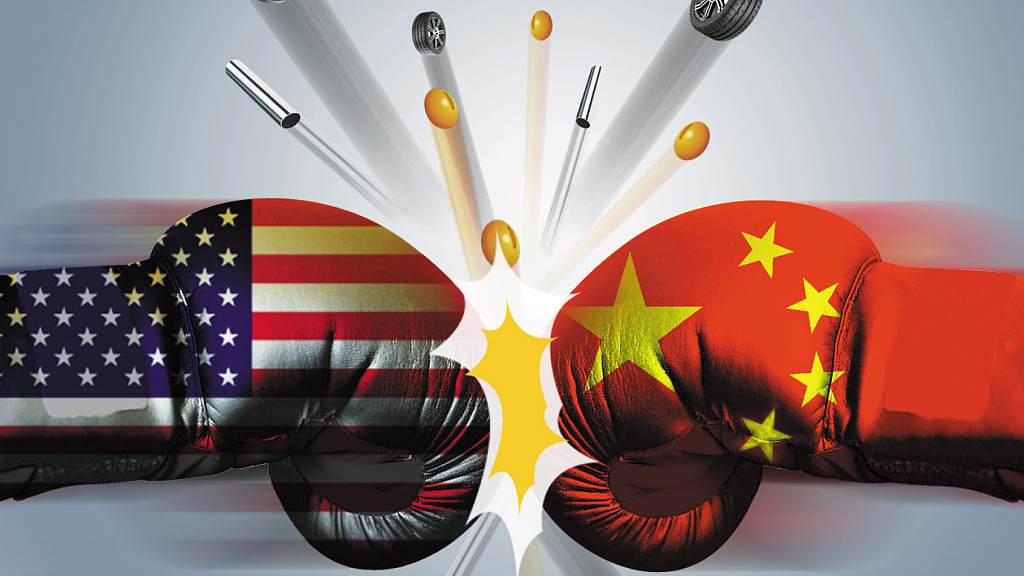 In response to Washington's escalating unilateralism and protectionism, China is set to impose retaliatory tariffs against 75 billion U.S. dollars of American goods. The new tariffs will take effect in two stages, on September 1 and December 15.

The tariffs on a total of 5,078 products originating from the U.S. will include agricultural products such as soybeans, beef and pork, as well as crude oil and small aircraft. Fighting the good fight, China is also re-instituting tariffs on U.S. cars and auto parts. This comes after U.S. President Donald Trump unveiled tariffs on an additional 300 billion U.S. dollars of Chinese goods.

It is useful to remember that the value of a thing is what that thing will bring. In the case of President Trump's tariffs against Chinese goods, they have only brought humiliation, financial loss and retaliatory tariffs against American goods, which is why many trade groups and carmakers such as Daimler, Tesla and Ford are encouraging the U.S. and China to end their dispute.

In the case of China's tariffs against American goods, they are simply designed to lead to the abandonment of the initial protective duty by the United States.

The normal rule is that the U.S. consumes more than it produces, and it has to import more than it exports. That's not a "rip-off" as Trump would like to tell his hardcore fans; that's arithmetic in full sunlight.

Even if Trump manages to negotiate a reduction in the Chinese trade surplus with the U.S. in the coming months, he will still have to increase trade deficits with other countries. This is because Federal deficit spending is the problem here, not China. Control that spending and you control the growing U.S. trade deficit with China and other countries. 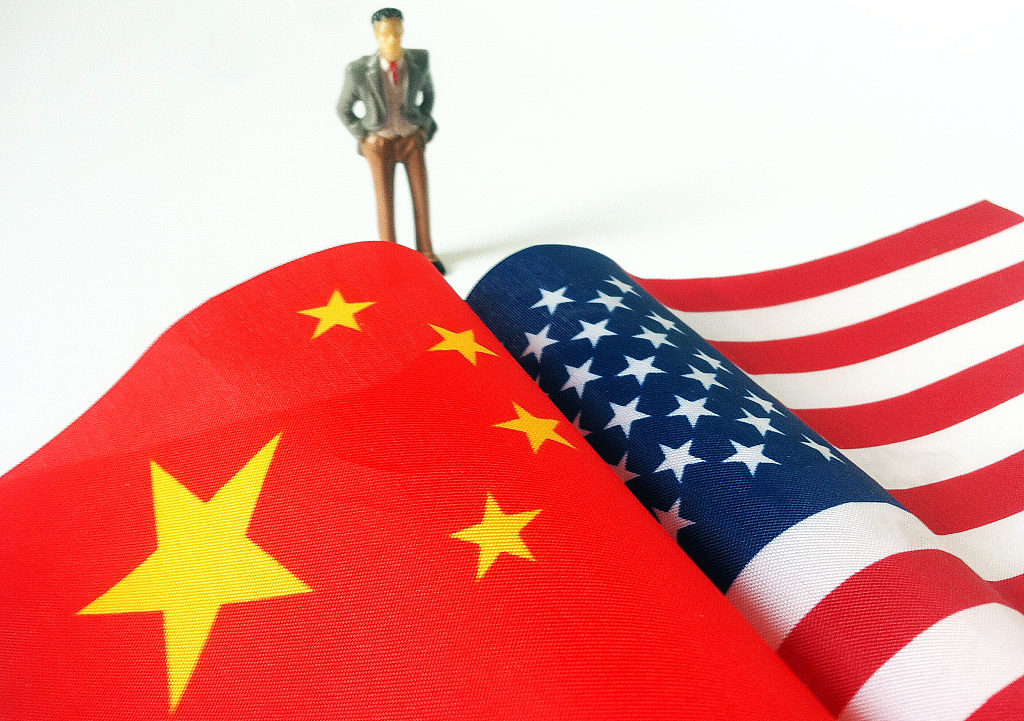 China and the United States continue to wrangle over trade. /VCG Photo

China and the United States continue to wrangle over trade. /VCG Photo

Until that happens, Trump has no choice but to back down and make a significant compromise for a near-term solution, because China won't give in on trade and because there is no alternative to China.

To substantiate, weighing on American business investment and sentiment, U.S. stocks fell on the news of China's new tariffs. The protracted dispute with too much collateral damage also stoked fears about a global recession.

What's more, the trade war has created a lot of concern among Trump administration officials. White House trade adviser Peter Navarro reportedly said that "trade negotiations with China would still go on behind closed doors." Meaning, the Trump administration can no longer afford to junk the massive volume of U.S.-China trade.

The tariff man might have been able to scrap deep-rooted alliances and bin international treaties, but he cannot ruin China trade, the world's second largest economy.

It has been established beyond doubt that China still wants a near-term truce, provided that the U.S. lifts its tariffs as well. Trump, in the midst of a public meltdown, has not accepted the hand of partnership. Instead, he chose a path of belligerence, escalation, and greater market insecurity.

It is significant that trade war followers also share his paranoia and do not see the hand of partnership here. It should be made clear that there are no excuses in economic terms for their actions.

Of course, one key principle behind U.S. foreign policy is that nobody should challenge its power. Yet it is a self-declared principle, which is becoming increasingly unrealistic, as the recent failed trade spat with China shows. 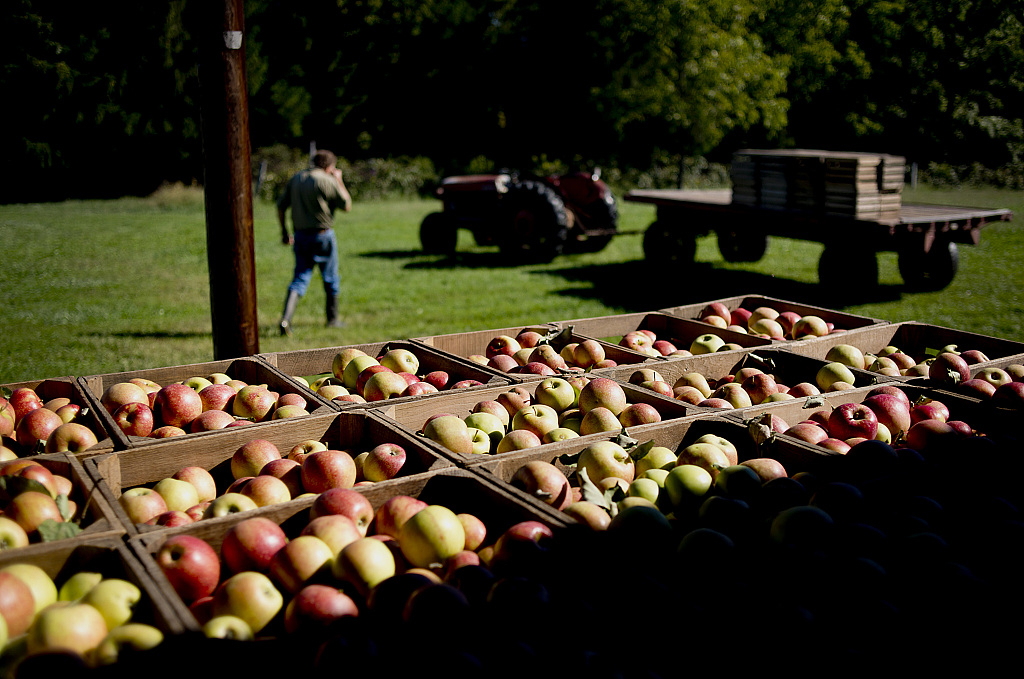 Still, in the Trump administration's psyche, China as an equal trading partner is gone, and any attempt to recreate it, under any guise, is just a provocation.

Now, seen from outside the Trump world, as many analysts have pointed out from Europe, this situation does not make much sense at all. Let us take Trump's tariffs. They have cost American consumers billions of dollars in the form of sales tax. Many farmers want to end this nightmare too, as they can no longer cope with the flood of new China tariffs and restrictions.

What is totally new and important in all this is that China still wants to strengthen trade cooperation with the U.S. based on equity.

To this end, a tighter interaction between the trade negotiating teams corresponds to national interests too, and we expect this interaction to resume shortly.

It should be recognized by now that this kind of arrangement, this kind of de-escalation, will change all the rules of the game and perceptions. It would mitigate the economic harm Trump, his propaganda apparatus and fake presidential decrees are inflicting on U.S. markets, businesses and consumers.

Likewise, it would garner international support for a united front against trade protectionism, pave the way for settlement of other disputes, and calm the markets which have not exactly been enjoying Trump's protracted trade war with China in recent months.