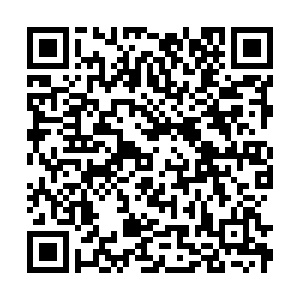 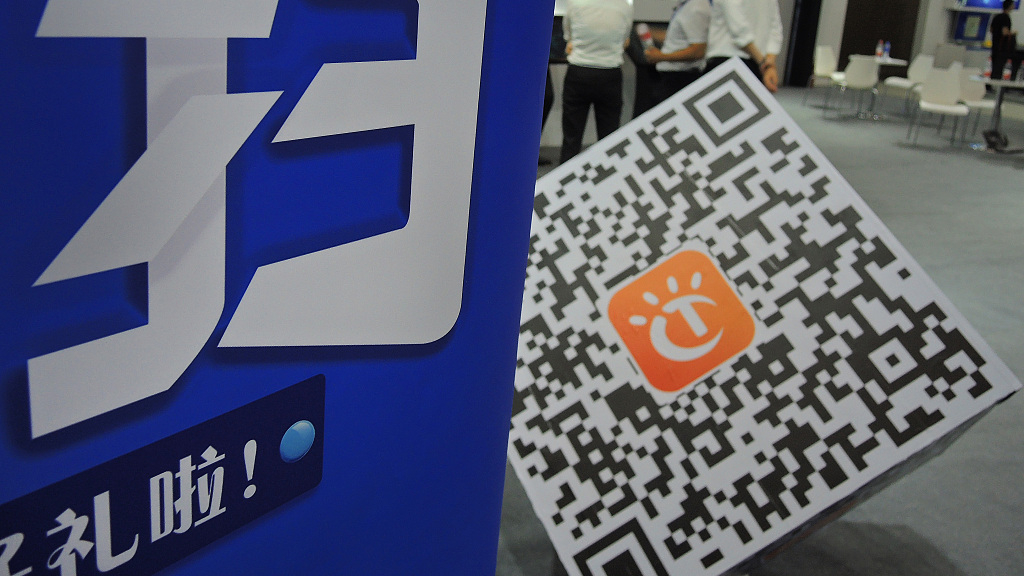 By scanning a QR code, you can pay bills, unlock shared vehicles, buy tickets, make new friends and get into subway stations. You can do almost everything in China thanks to this little black-and-white 2D matrix code.

Probably the most common conversation you would hear between shoppers and street vendors is not about negotiating the price, but the QR code's location.

Its popularity has grown with the rise of the smartphone users, and even beggars now have gone cashless, accepting donations from the passersby via a printout QR code. 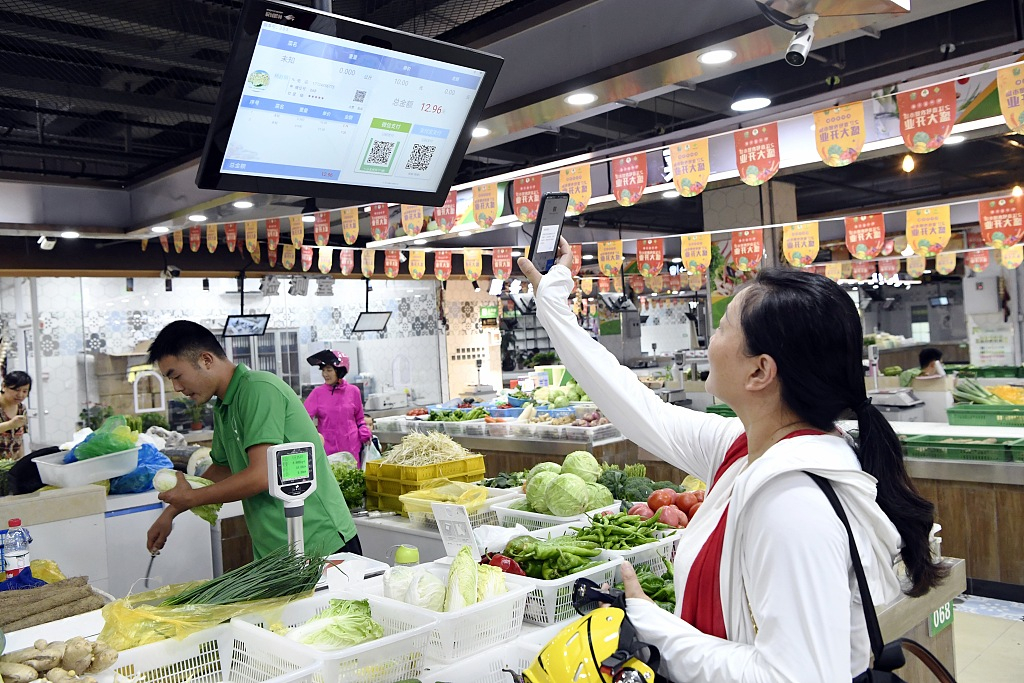 A shopper scans the QR code in a supermarket. /VCG Photo

A shopper scans the QR code in a supermarket. /VCG Photo

At the 2019 international QR Code Industry Development Conference in Foshan City, Guangdong Province on Sunday, Zhang Chao, president of the QR Code Technology Research Institute said China's QR code applications have accounted for over 90 percent of the world total by the first half of 2018.

According to data by the QR Code Technology Research Institute, the industry is about to become a multi-trillion-yuan business by 2025.

"Although China is not the birthplace of the QR Code, it has grown to become the largest market for its applications," said Zhang.

The use of the QR code goes far beyond cashless payment, especially after the code became various object's "ID card" in the Internet of Things (IoT) industry. Served as a gateway to end devices, the QR code allows users to have access to countless resources.

To support this, various industries need to jump on board. For example, if you want to apply the code to smaller objects, you have to use a technologically advanced generator. After scanning the code, you may also need a high-end chipset to enable millisecond-level authentication. All of these will drive the research and development in relevant industries.

The industry has shown new trends, said Guo Yanyan from the Ministry of Industry and Information Technology. "Coding, encrypting, data storage technologies, as well as the readability have all been upgraded to secure the further application (of the QR code)." 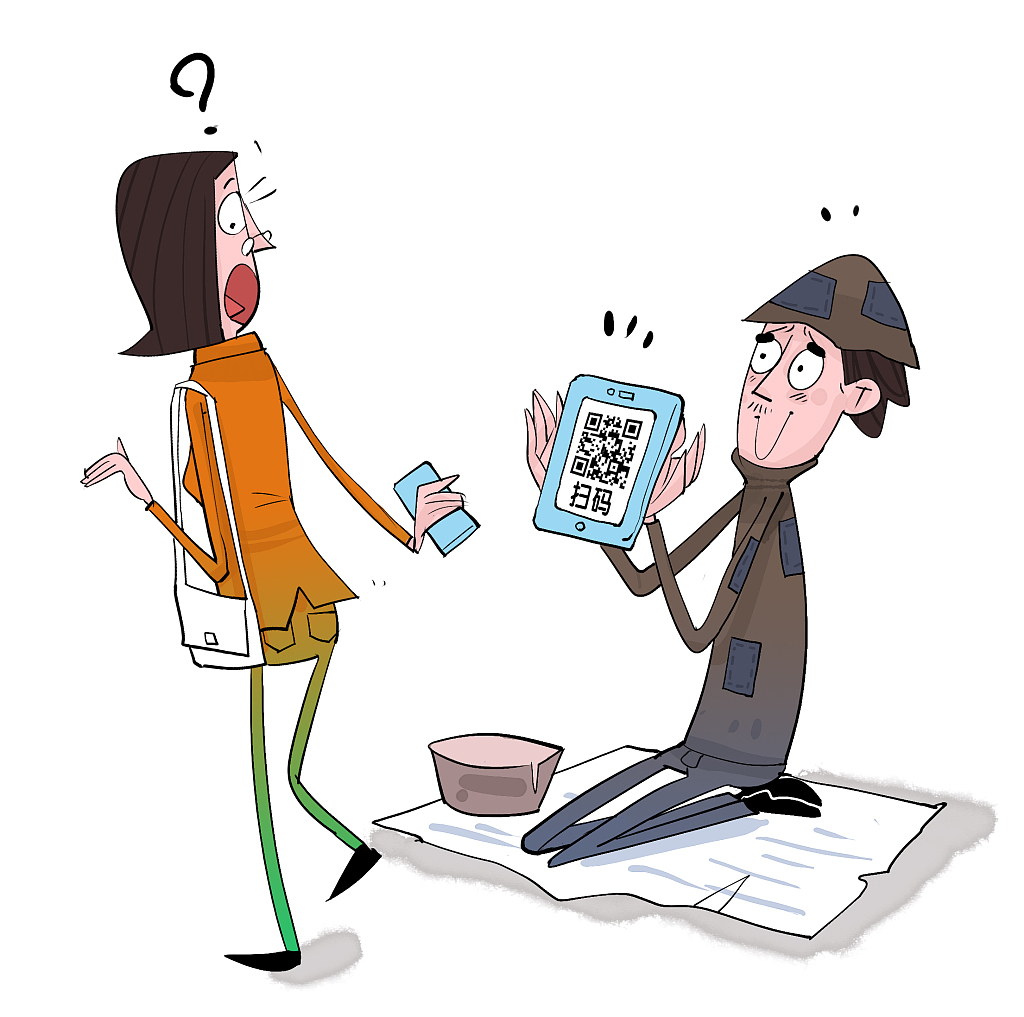 A begger scares away the passerby by showing her the QR code. /VCG Photo

A begger scares away the passerby by showing her the QR code. /VCG Photo

However, the industry still has to face several issues, such as the standardization of QR codes, which are not universal across different countries. If you want to promote the technology for broader use, you have to make it accepted by the global industry.

During the conference, representatives from China, France, Germany and 14 other countries agreed to establish an organization for worldwide industrial-level cooperation.

The Preparatory Committee of the International QR Code Industry Cooperation Organization is designed to set a unified standard for the worldwide industry. "Only with a unified governing body can the standard be credible in the future," said Zhang.

Former president of the International Organization for Standardization (ISO), Zhang Xiaogang, suggested at the conference that the standard can serve as the basis for future cooperation and will benefit the whole industry.