China slams accusation of being major source of fentanyl sales to the U.S.
CGTN 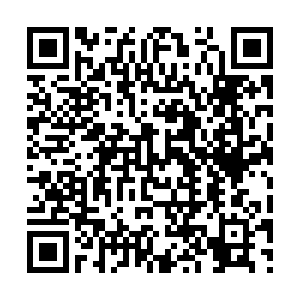 U.S. government accusations that China failed to stop the sales of fentanyl to the United States lack evidence and are not the truth, Chinese Foreign Ministry spokesperson Geng Shuang said on Wednesday's press briefing. The official also reiterated that the Chinese government always attributes great importance to drug control, maintaining a "zero tolerance" stance toward the drug issue.

Chinese law enforcement did crack cases of illegal processing or trafficking of fentanyl substances to the United States, but the number was very small, Geng said, adding that "data from the U.S. Department of Justice also showed that fentanyl substances from China has showed a decline in the past two quarters."

The spokesperson also confirmed that the recent seizure of 23 tons of fentanyl from China by Mexican navy is not fentanyl substances, according to investigations from both Mexican and American authorities. "Chinese authorities will conduct further investigation into this case and will present the result once the investigation concludes," Geng said.

China began scheduling fentanyl-related substances on May 1. Fentanyl-like substances are under strict control in China. A total of 25 fentanyl analogs and two precursors have been put on China's list of controlled substances.

Geng reaffirmed that the Chinese government is willing to enhance cooperation with other countries, including the United States, to promote global joint management of fentanyl-like substances and to contribute China's wisdom and strengthen the promotion of global drug control, eliminating drug hazards, benefiting the people of all countries.

(Cover image: Plastic bags of Fentanyl are displayed on a table at the U.S. Customs and Border Protection area at the International Mail Facility at O'Hare International Airport in Chicago, Illinois, U.S. November 29, 2017./ VCG photo)