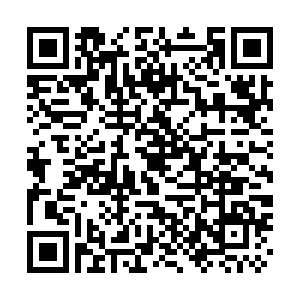 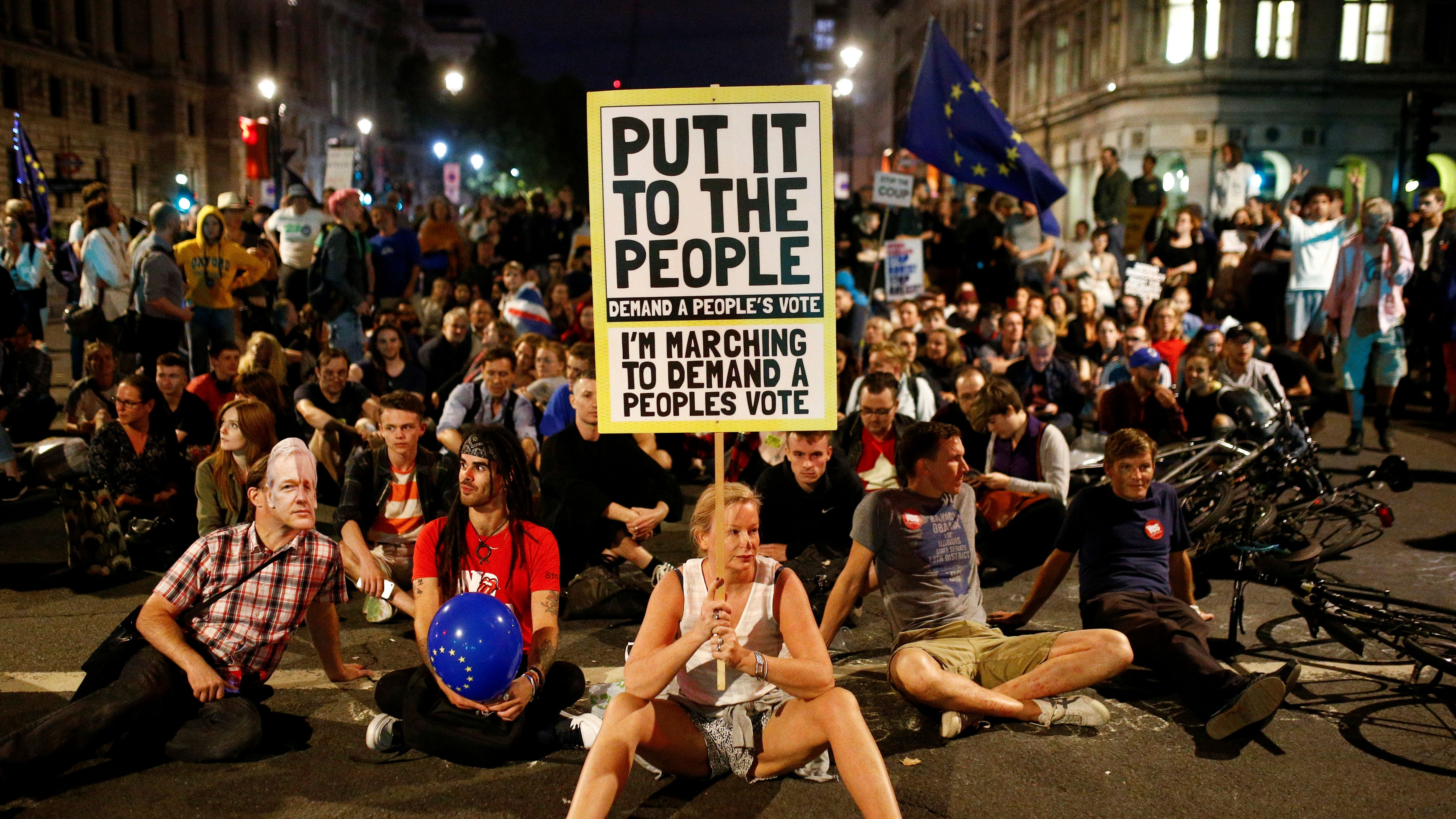 A statement from the official body of advisers to the Queen, known as the Privy Council, confirmed on Wednesday that parliament would be suspended on a day between September 9 and September 12, until October 14.

While suspending parliament ahead of a Queen's Speech is the historical norm in Britain, the decision to limit parliamentary scrutiny weeks before the country's most contentious policy decision in decades prompted an immediate outcry. 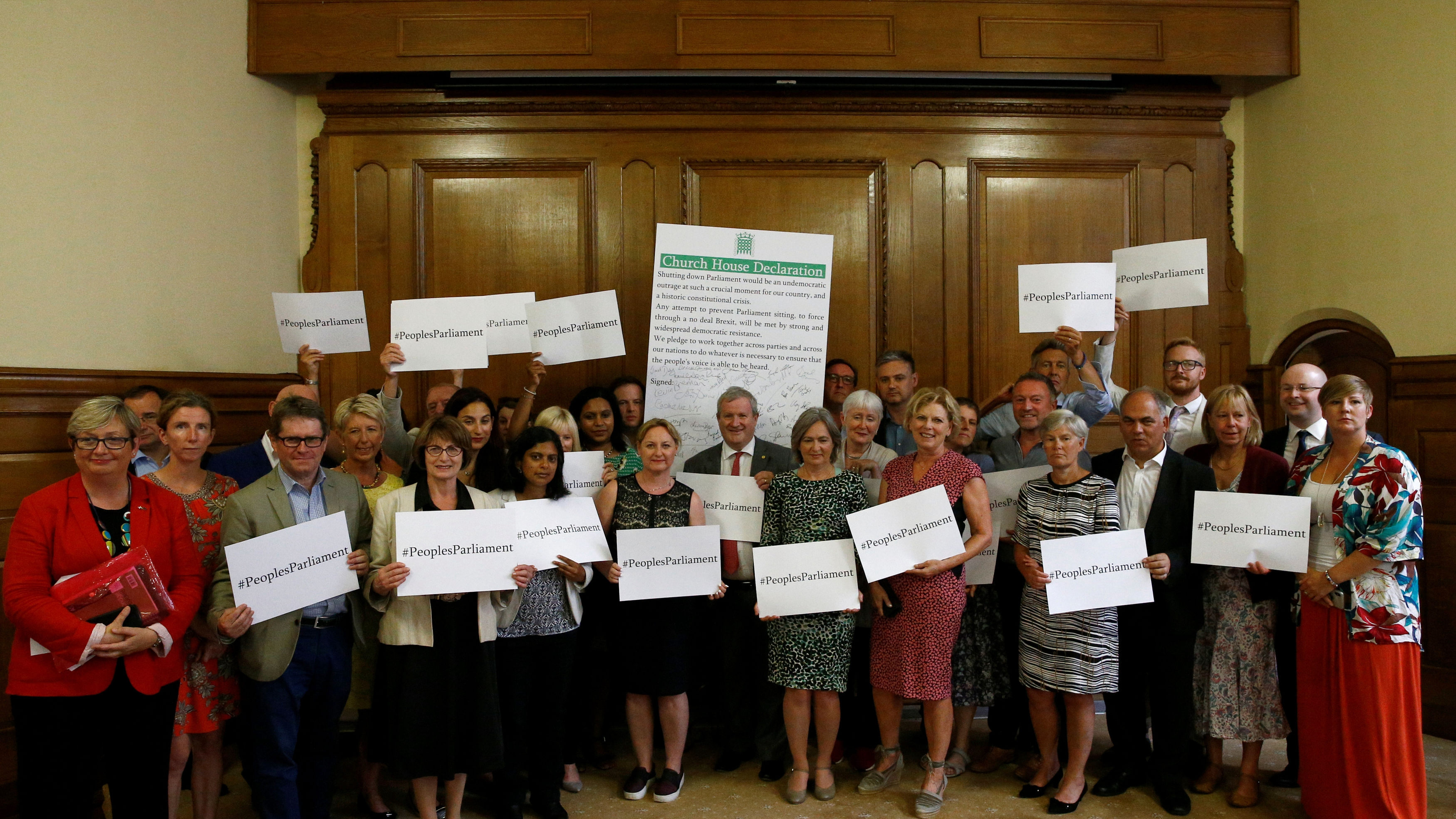 Cross-party MPs hold signs after signing the Church House Declaration after an event opposing the suspension of parliament to prevent a no-deal Brexit in London, Britain, August 27, 2019. /Reuters Photo

Cross-party MPs hold signs after signing the Church House Declaration after an event opposing the suspension of parliament to prevent a no-deal Brexit in London, Britain, August 27, 2019. /Reuters Photo

Opposition Labour Party leader, Jeremy Corbyn, condemned the decision, calling the move "an outrage and a threat to our democracy." He would call a no-confidence vote when the time was right.

"I am appalled at the recklessness of Johnson's government, which talks about sovereignty and yet is seeking to suspend parliament to avoid scrutiny of its plans for a reckless no-deal Brexit. This is an outrage and a threat to our democracy," Corbyn said in a statement on Wednesday.

"Make no mistake, this is a very British coup," said John McDonnell, the second most powerful man in the opposition Labour Party.

But the reactions didn't stop there. Deputy Labour leader Tom Watson said: "We do not have a 'new government.' This action is an utterly scandalous affront to our democracy. We cannot let this happen."

Scotland's First Minister Nicola Sturgeon said MPs must come together to stop the plan next week, or "today will go down in history as a dark one indeed for UK democracy." 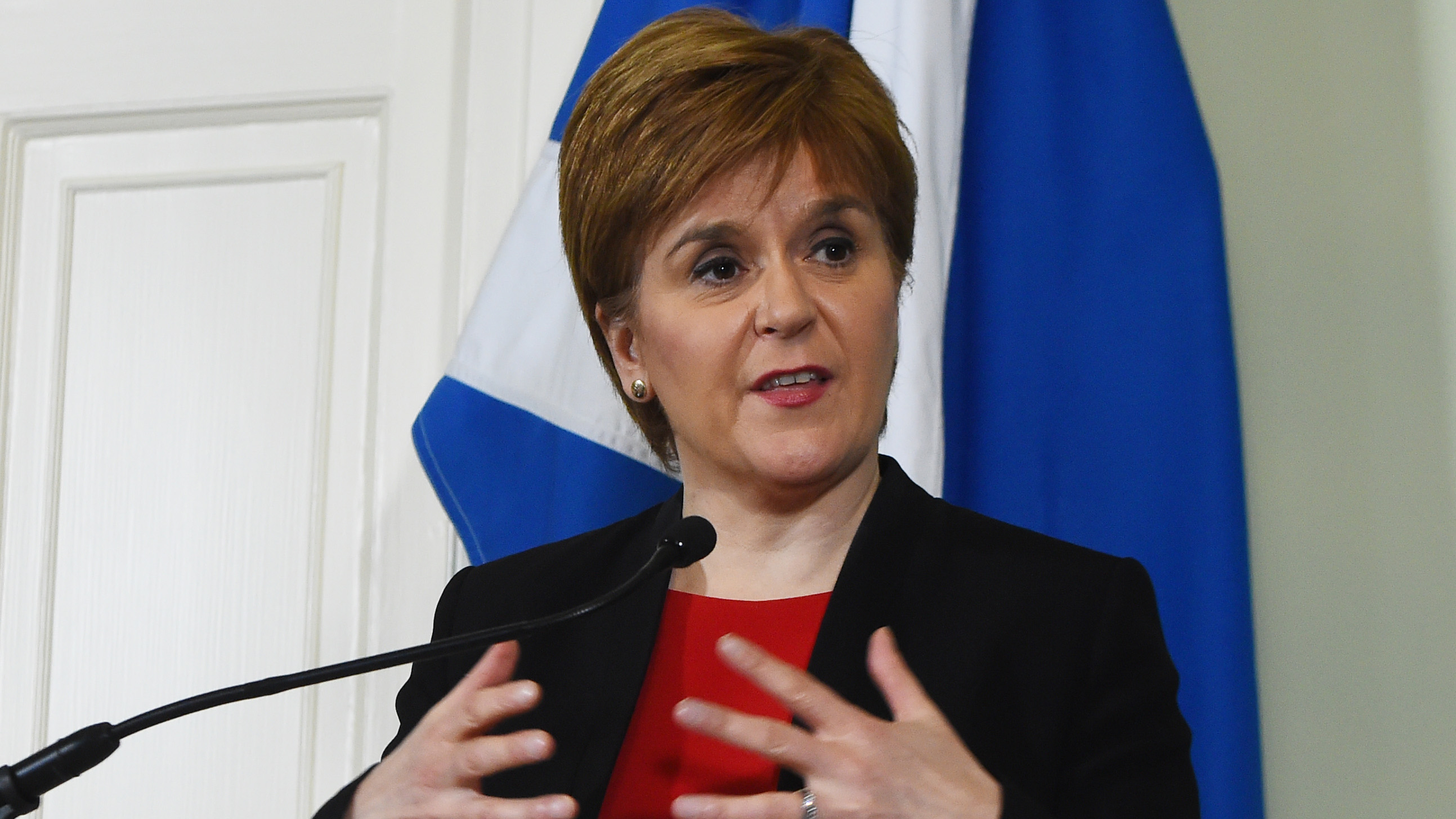 More than half a million people signed an online petition objecting the suspension and the pound fell sharply.

Cries of "Shame on You" and "Stop the Coup" could be heard from inside the walls of the parliamentary estate, as a couple of hundred protesters gathered near the bank of the River Thames to wave EU flags and show their disgust.

The Church of England said a chaotic Brexit would hurt the poor and further damage a fractured nation.

But Johnson's gamble was welcomed by Brexiteers, including U.S. President Donald Trump, an early backer of Britain's departure from the EU. "Boris is exactly what the UK has been looking for, & will prove to be a great one!' Love UK" said Trump on his Twitter.

Cheered on by U.S. President Donald Trump, Johnson launched his boldest move yet to take the country out of the European Union by October 31 with or without a divorce deal, by setting a new date for a state opening of parliament.

Known as the Queen's Speech, the formal event will be held on October 14 and be preceded by a suspension of the House of Commons, meaning parliament will not sit between mid-September and mid-October.

The move, which had to be approved by Queen Elizabeth, limits the time opponents have to derail a disorderly Brexit, but also increases the chance that Johnson could face a vote of no-confidence in his government, and possibly an election. 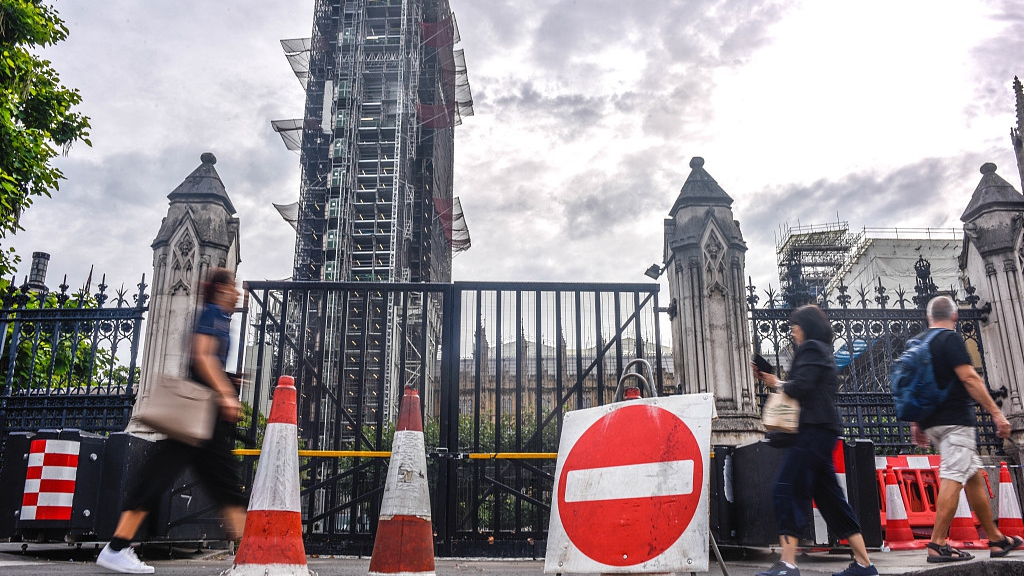 A 'no entry sign' is seen outside the Houses of Parliament in London, United Kingdom, August 28, 2019. /VCG Photo

A 'no entry sign' is seen outside the Houses of Parliament in London, United Kingdom, August 28, 2019. /VCG Photo

It also risks dragging the 93-year-old, politically neutral queen into the dispute. So incensed were leaders of the opposition parties by Johnson's plan that several have written to the monarch asking for a meeting to express their concern.

The queen acts on the advice of her prime minister. Her office declined to comment. Her speech at the opening of parliament is written by the government, outlining its plans for legislation.

More than three years after the United Kingdom voted 52 percent to 48 percent to quit the European Union, it is still unclear on what terms the bloc's second largest economy will leave the club it joined in 1973.

With just 65 days until exit day, parliamentarians are battling to prevent the prime minister from steering the country out of the EU without a transition deal, pitching one of Europe's most stable countries into uncharted territory.

"There will be ample time in parliament for MPs (members of parliament) to debate the EU, to debate Brexit and all the other issues, ample time," Johnson told reporters.

Asked if he was trying to block MPs from delaying Britain's EU departure, he replied, "That is completely untrue."