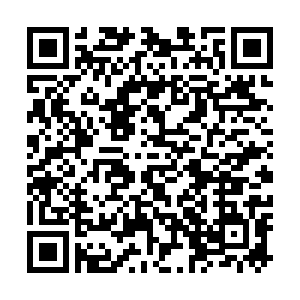 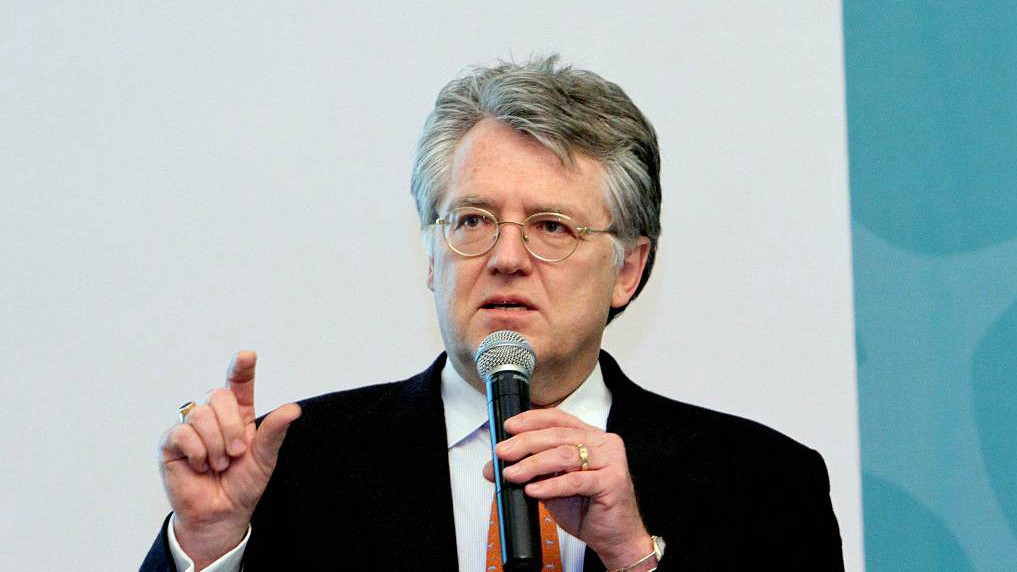 China plans to roll out its social credit system in 2020. Given that discussion about the system has focused less on ramifications for business, the latest report on China's corporate social credit system, issued by the European Union Chamber of Commerce in China, is a wake-up call for companies, according to Joerg Wuttke, president of the organization.

"First of all, this report is a wake-up call for companies China is getting well. China puts up something which actually might be very positive for the economic landscape, making companies more compliant," the president said.

In mid-2014, China's central government promulgated the Planning Outline for the Construction of a Social Credit System, proclaiming that a "complete network covering the credit records of members of society" will be put in place by 2020.

"It's a game changer. This is a new regulation that is targeted first and foremost to Chinese companies," Wuttke said, expecting roll-out of the system to create more level playing fields in principle.

"It gives you a rating out of all these data that you get. The rating is not based on your legal entity dealing with the authorities. It is a mishmash of companies. And the rating determines everything that you do from now on, meaning it's your interest rate, your license ability to operate, and so forth," the president detailed. 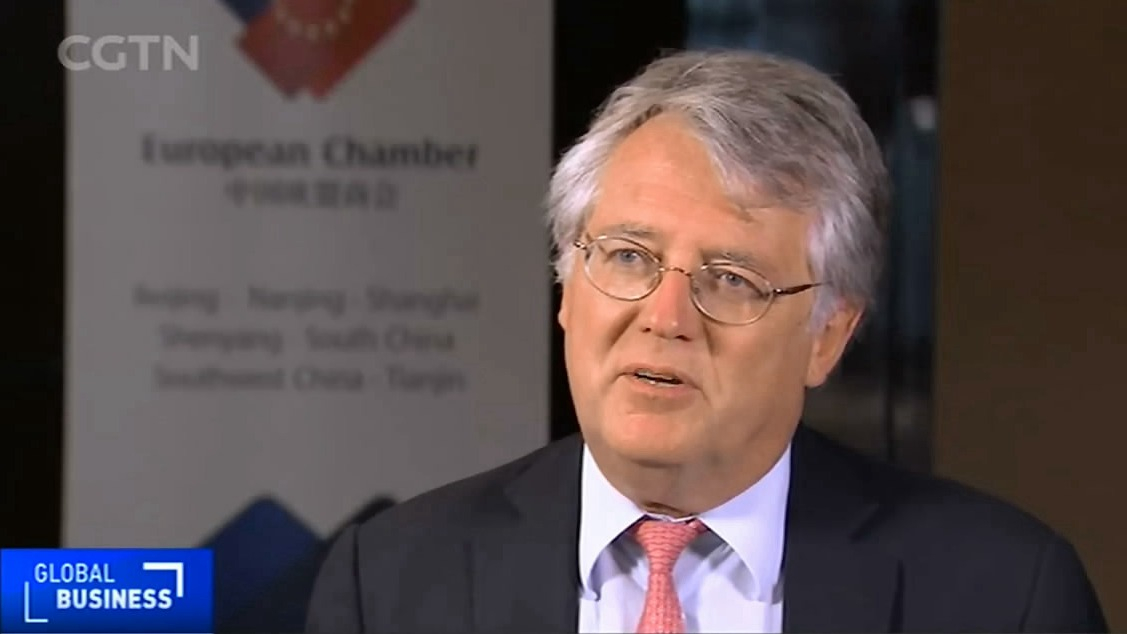 "You really (need to) look at your suppliers: is he going to bring me down or is he getting me up… If he has a bad rating, I get a bad rating. So all of a sudden there's a connection that wasn't there before. And if he blows up in the worst case, then I really have a black spot on my shirt," Wuttke commented.

He also said that the compliance costs of companies would increase, and small- and medium-sized enterprises (SMEs) will find it hard to operate.

"Being more compliant means you have to sort out your issues you have. And it used to be the engagement of company with one government agency, (like) taxes, customs or environment," the president said.

Meanwhile, he mentioned that some of the Belt and Road countries might have to become compliant or at least familiar with this principle as well.

"At this stage we talk about next year's implementation. I think the system is so complex and unique worldwide that China would definitely focus to sort it out here first and foremost,” he stated. 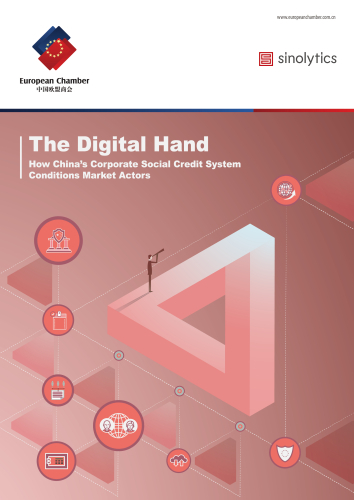 A comprehensive report on China's corporate social credit system released by the European Union Chamber of Commerce in China. /Photo from the Chamber's official website

A comprehensive report on China's corporate social credit system released by the European Union Chamber of Commerce in China. /Photo from the Chamber's official website

The European Union Chamber of Commerce in China released a comprehensive study on China's corporate social credit system. "With the System's rollout set for 2020, the European Chamber has released this major report to address the gaps in public knowledge," according to its official website.

The president regarded the report a wake-up call for businesses in China, and further elaborated on the purpose of the report.

"We [foreign companies in China] are small fish. We are niche of the economy. As we are a sideshow but an important one, we actually have to bring (it) to the table, maybe the international best practice, in order to show you 'this works or this might not work'," he said.

"I'm absolutely stunned that none of my American, Japanese colleagues know anything about it [the social credit system]," Wuttke said, adding that there are shocking amounts of preparation work, and "if you have this wake-up call, it takes six to nine months to grasp and understand and go through the operations."

"It's coming next year. And you have little time left and you rather want to be on the good side of the regulation and not defaulting at a bad market," he told CGTN.

Meanwhile, he thought the report is "also an attempt to reach out to the Chinese government," in topics such as data safety, corporate privacy. 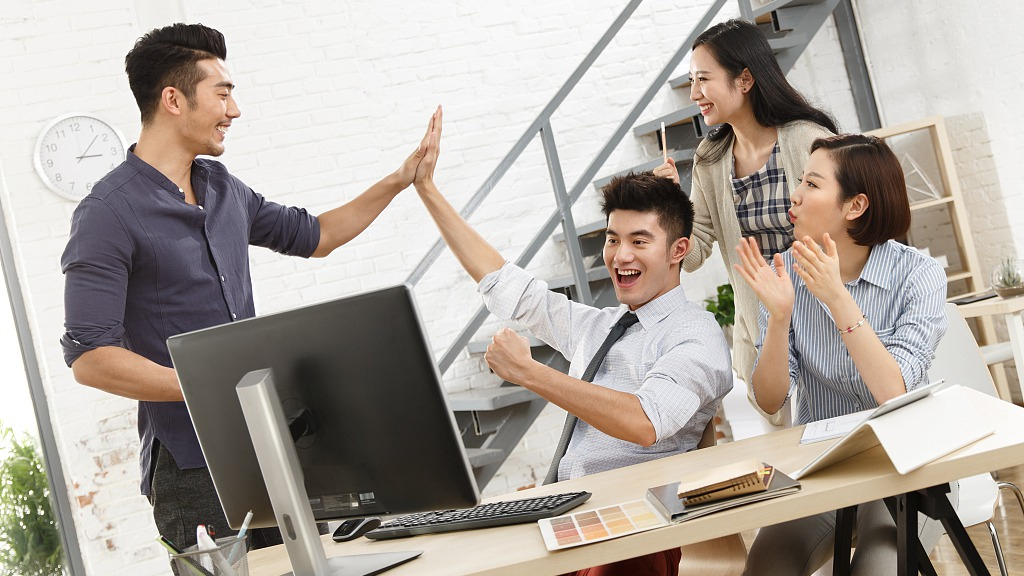 "The big question all of us have is this creates the biggest data pool in the world and companies. Data is the new oil, meaning China has a rich database, at the same time it must be very interesting for hackers. To what extent can we guarantee that these data sets will not be passed on to my competitor?" he explained.

The president continued, "And from where we start today, it is all about existing government-company relationship. So we are okay with this, otherwise we wouldn't be here. But now it gets pulled all together and there's a new dimension. So the inter-relationship is something that we worry about."

As for German Chancellor Angela Merkel's visit to China next week, Wuttke thought that governments could sit down and talk about the social credit system.