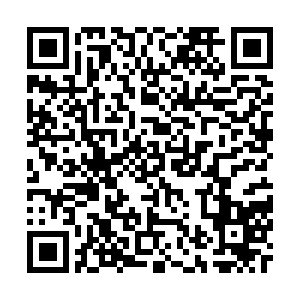 As demonstrations in Hong Kong continue, a rainbow selection of ribbons has represented the varying opinions in the complex debate, but at the same time, it has caused massive divides across the city in schools, workplaces, social areas and even families.

"I have two daughters. One is 22, the other is 17. Both are yellow ribbons, especially the younger one who is deep yellow. When we watch news about the protests and discuss these topics, we would immediately have a quarrel,” said Pan, a 54-year-old single mother, who asked for her name to be kept anonymous.

The mother is a blue ribbon, actively participating in the pro-government demonstrations, showing her support for the police and the government of the Hong Kong Special Administrative Region (SAR).

"I wore our organization uniform when attending the events. My children scolded me at home saying: 'Why are you wearing this? You are going to the (pro-government) events again?’ Then I kept silent and went out to avoid further arguments. They kept calling me and texting me, saying 'if you go participate at the event, I'll lock the door and won't let you come home,'" Pan said. 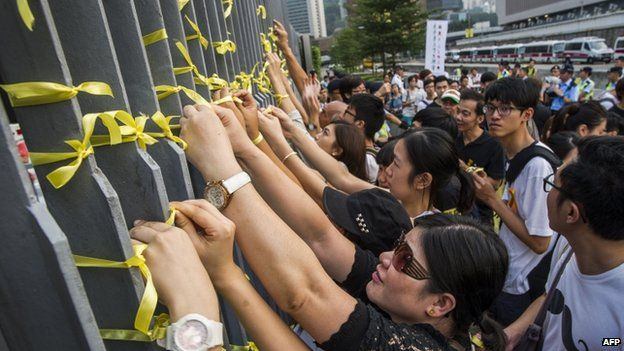 The hostilities are also casting a shadow on the lives of younger children. A 10-year-old school boy under the pseudonym "Andy" spoke to CGTN about how he's been caught in the middle of the issue, as his auntie is a police officer, his dad supports the anti-government demonstrations, and his mom keeps neutral.

"Dad always talks about political issues on WhatsApp with mom. But if mom is too busy to answer or replies him impatiently, dad will call her names. I'm not happy about that. Dad shouldn't scold mom for such small things,” said Andy, adding he is deeply concerned about the violent scenes, and he often fears for his aunt's safety.

Every night before he goes to sleep, he will talk with his auntie, asking about her work. His auntie hopes he could go to study in Shanghai or Shenzhen's secondary schools to get away from those protests.

"I think the protesters are bad. They say they're doing peaceful protests but actually they're vandalizing," he said. 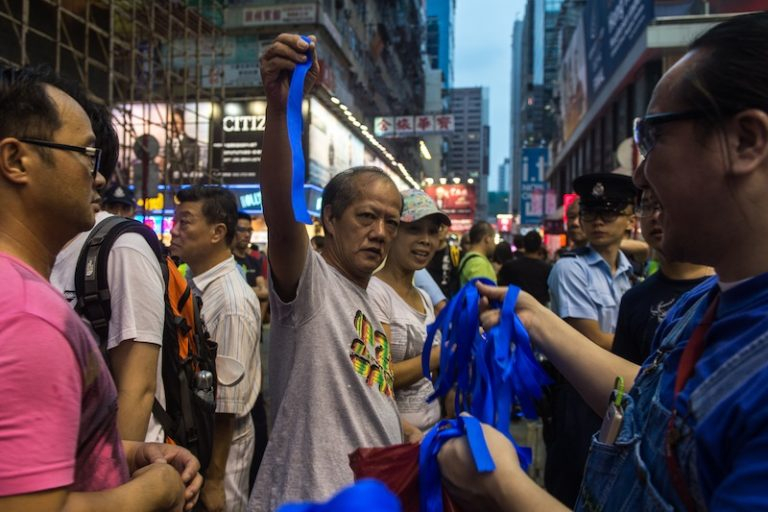 For Lin, things are the same. She is a civil servant, but her two sons are hardline protesters. The arguments in her home always make her exhausted and it almost pushed her to the decision to leave her family for good.

"I told them ‘the democracy that you young people are pursuing is not letting you do whatever you want. You have your freedom. You can vote on your council member. But mom has her own choice. You can't tell me what to do.’ Then they got very angry and even tried to beat me. I turned very angry too and left home immediately that night,” said Lin, who asked to omit her first name and conceal her face.

As the protests intensify, both Lin and Pan share the same sentiment that young people cannot tolerate different opinions and they don't accept people who disagree with them.

"The spirit of Lion Rock is helping each other and together build a better future for our hometown. With this spirit, my generation and my parents' generation turned Hong Kong from a fishing harbor to the Pearl of the Orient. But now after this storm, I think the spirit is lost. I feel depressed,” said Pan with tears in her eyes.

She works as a clerk at a financial institution during the day time and works in a convenience store at night to support her two daughters.

The Lion Rock is a mountain in Hong Kong, located between Kowloon Tong of Kowloon, and Tai Wai of the New Territories. The Spirit of Lion Rock, also named as the Spirit of Hong Kong, is regarded as the spirit of hard work, persistence and self-promotion.