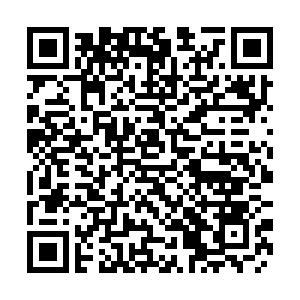 Investment in new technologies and a transparent system to measure emissions could drastically reduce the carbon footprint of China's flagship Belt and Road Initiative (BRI), claimed a report released on Monday.

The BRI, aimed at improving the livelihood of 60 percent of the world's population, is investing around 12 trillion U.S. dollars in 126 countries. Carbon intensive infrastructure projects, including ports, power plants, and roads, are being constructed under the initiative to boost the global economy in the next 30 years.

The Belt and Road countries (BRCs) contribute nearly a quarter of the world's gross domestic product (GDP). They also generate about 28 percent of the total global carbon emissions, contributing enormously to global warming.

Environmentalists fear such a carbon-intensive growth model would fail international efforts to limit the global temperature rise within two degrees Celsius, a commitment made by more than 100 countries during the Paris Climate Change Agreement in 2015.

A failure to curb rising carbon emissions by these countries could be enough to result in a nearly three degrees Celsius of warming by 2050, even if all other countries follow the two degrees Celsius pathway, wrote the report prepared by Tsinghua Center for Finance and Development, Vivid Economics and Climate Works.

The report titled, "Decarbonizing the Belt and Road: A Green Finance Roadmap"is the first-ever analysis of BRI carbon emissions. A detailed analysis by the researchers calculated that 126 BRCs could reduce emissions by 39 percent in 2050 with the adoption of cost-effective green technologies for the projects.

"It is imperative to act immediately to decarbonize expected infrastructure investments in countries involved in the Belt and Road Initiative, in order to avoid overshooting the Paris Agreement targets and potentially placing the world on the pathway of three degrees Celsius warming," said Simon Zadek, senior visiting fellow at Tsinghua CFD and co-author of the report.

Researchers suggested that apart from investing in technology, a few other measures are also necessary to control the emissions. Another crucial recommendation is for the creation of an international platform supporting the intensive development of green finance across BRCs.

The focus should also be on strengthening the capabilities of project owners and investors, as well as public sector procurement agencies, to procure green infrastructure solutions, researchers recommended. They also advocated compulsory disclosure of the climate impact to maintain transparency of these projects.

"Strong, radical action is needed urgently, the BRI will make investment decisions now that could permanently alter the development pathway of China and its initiative partner countries," said Ilmi Granoff, director of the sustainable finance program at the ClimateWorks Foundation.