Natural Phenomena: Do you know rainbow is actually a circle?
By Xing Fangyu 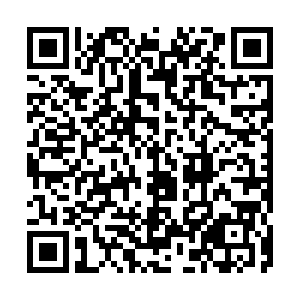 The rainbow is one of the most common natural phenomena we can see, but we are still surprised by this ephemeral meteorological phenomenon. So what do you know about the rainbow?

As we know, the rainbow is caused by reflection, refraction and dispersion of light in drops of water, but the rainbow has more than just seven colors.

The white sunlight consists of visible light to the human eye, and the invisible spectrum either below red (infrared) or above violet (ultraviolet). The seven visible colors from outside to inside are just part of it. 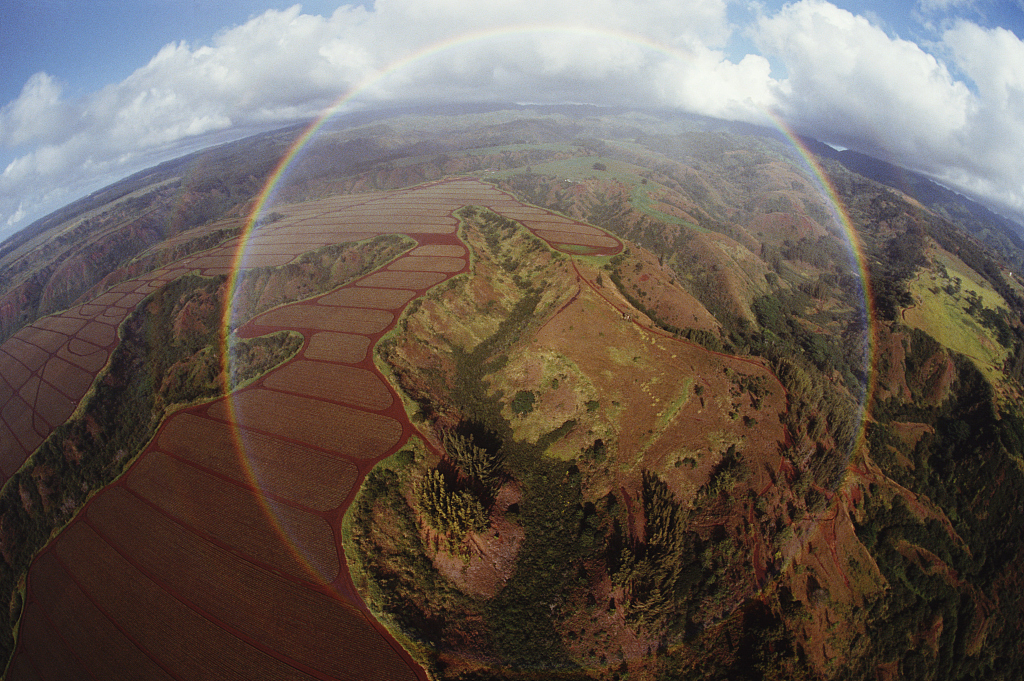 Look at a rainbow from the sky. /VCG Photo

Look at a rainbow from the sky. /VCG Photo

Rainbows are in the shape of a full circle, not the arch that everyone believes it to be. It is because the rainbow reflects the round shape of the sun.

If you take a plane or use a drone, you may see a circular rainbow from the sky. As viewers see the rainbow on the ground, only the part above the horizon can be seen. 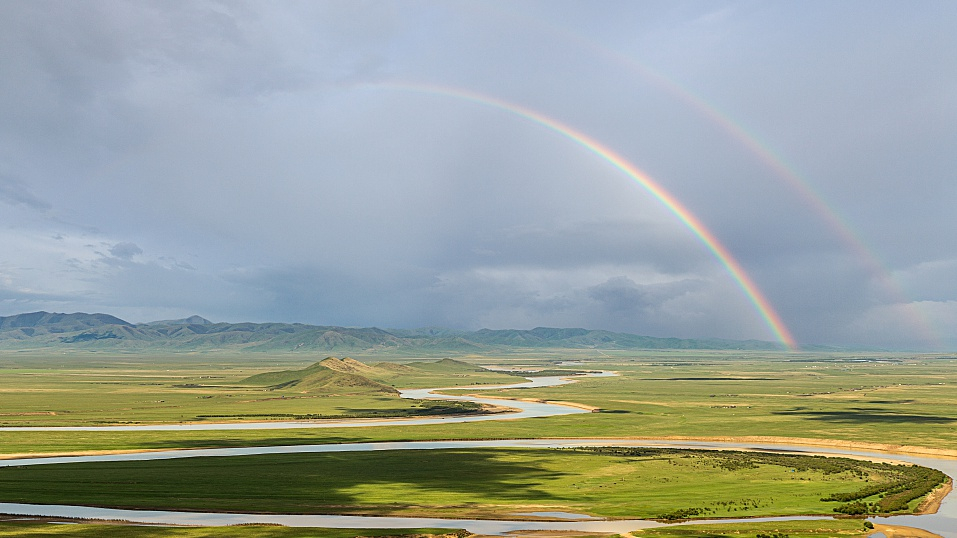 There is only one sun in the sky, but sometimes we see a double rainbow.

It is because of the way sunlight is reflected, and then escape the water drops to form a primary rainbow while other rays go through two internal reflections. As a result, the secondary rainbow’s spectrum is revered compared with the primary one, from red inside and violet outside. 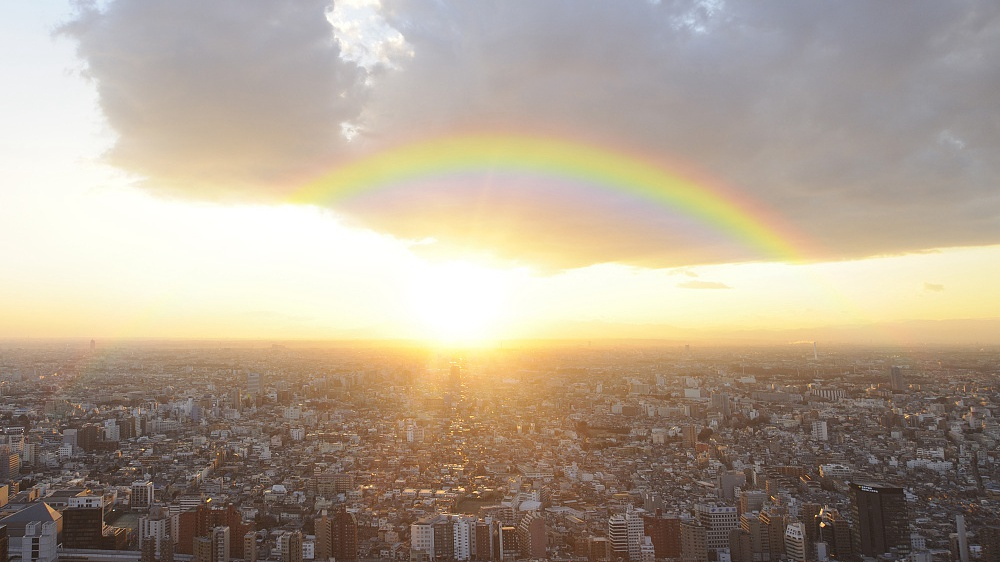 Sun is usually behind the person seeing a rainbow. /VCG Photo

Sun is usually behind the person seeing a rainbow. /VCG Photo

We can see many pictures online showing the stunning moments of a rainbow. But keep in mind not all of them are reliable photos. Any rainbow a viewer can see is caused by the sun or light source behind the viewer. If you look up a picture with a rainbow above a sunset, you may need to think about it a bit.

But whatever is behind rainbow, we cannot deny it’s an amazing gift from nature. Its arched shape is considered a bridge connecting the earth and heaven, and its diverse color is represented as diversity and inclusiveness.

"Natural Phenomena" is a new series that takes you to an unknown world of natural phenomena. From natural disasters such as earthquakes and volcanic eruptions to spectacles like aurora and mirage, let's dig into the secret of our planet.