A glimpse of the past: The lavish burial custom in Han Dynasty
By Li Yimei 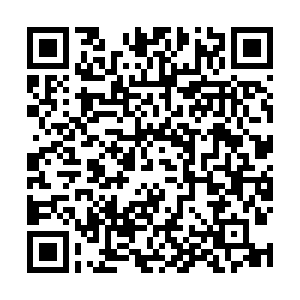 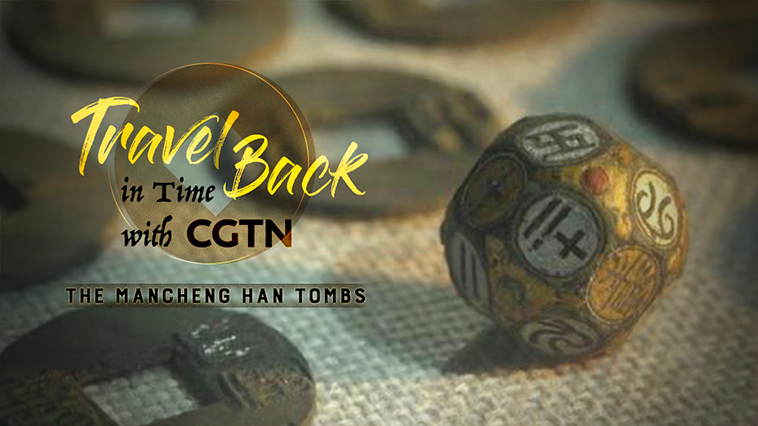 "Buried in such a geomantic site," Chen Jing, associate professor of Hebei Museum, sighed with emotion when winding our way up to the Lingshan Mountain, where the Han Tomb of Mancheng, the destination for our trip today.

Lingshan Mountain is surrounded by villages and rice fields. There used to be a spring at the foot, but it dried up in 1967, a year before the Han Tomb of Mancheng was discovered. 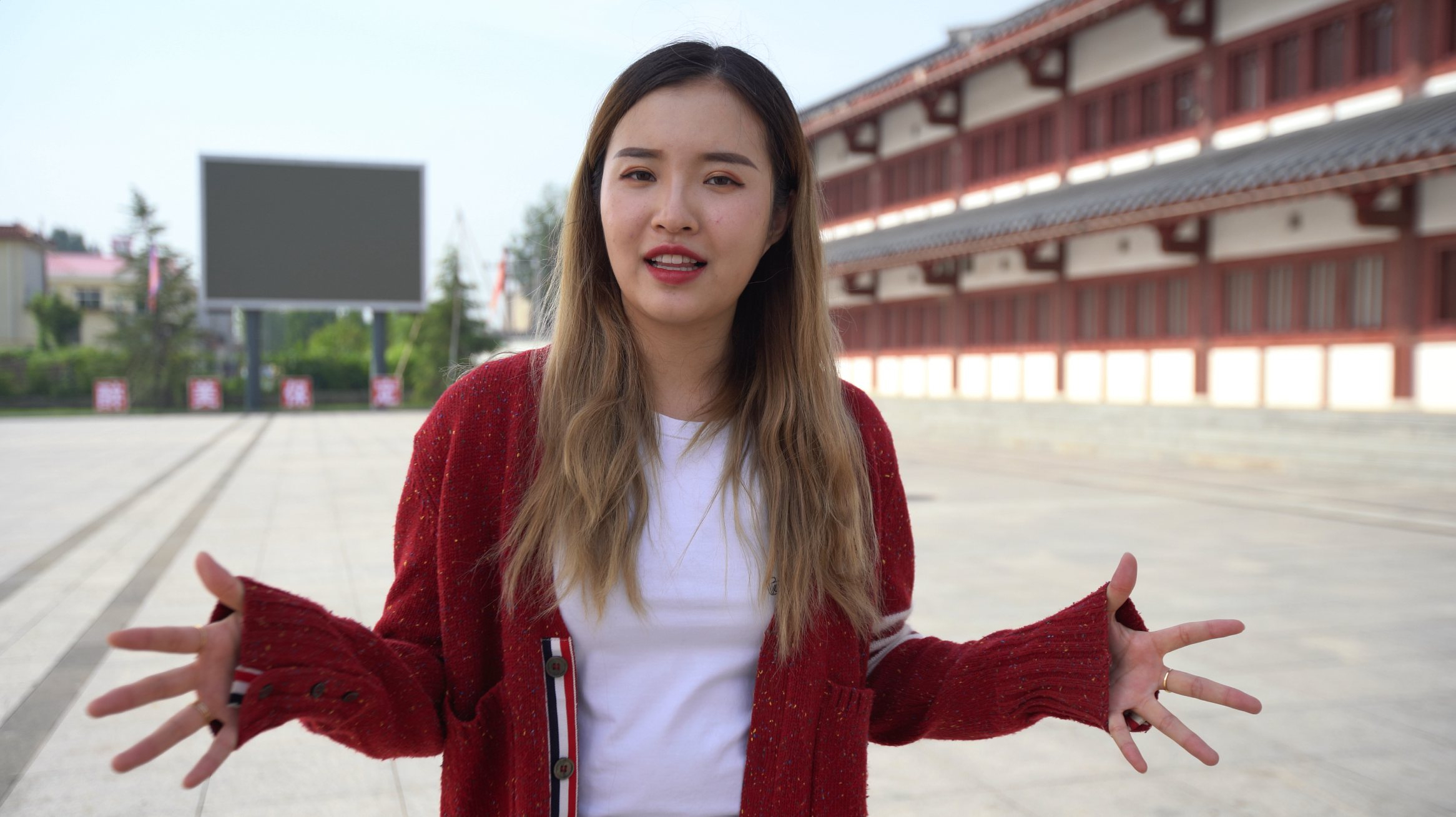 Li Yimei, host of the series "Travel Back in Time with CGTN" is at the Han Tomb of Mancheng in Hebei Province, north China. /CGTN Photo

Li Yimei, host of the series "Travel Back in Time with CGTN" is at the Han Tomb of Mancheng in Hebei Province, north China. /CGTN Photo

I always took it for granted that tombs should be underground, but this one is on the top of a mountain. The ancient Chinese believed in geomantic omen, and they treated the selection of sites for tombs as seriously and cautious as their mansions, especially for the royalties.

The Lingshan Mountain is no doubt treasurable, only… too many mosquitos at the entrance of the tomb cave…

High roof, spacious, gloomy and cold, these were my impressions when I entered the graves. With paths and four chambers representing kitchen, warehouse, living room and bedroom, the tomb is exactly like a real “house” for people to live.

I learned from Chen that in the Paleolithic Age, which could be dated back to 3.3 million years ago, people believed the immortality of the souls after death. They believe that the souls of their lost ancestors would protect and bless their offspring, and manipulate the worldly affairs. 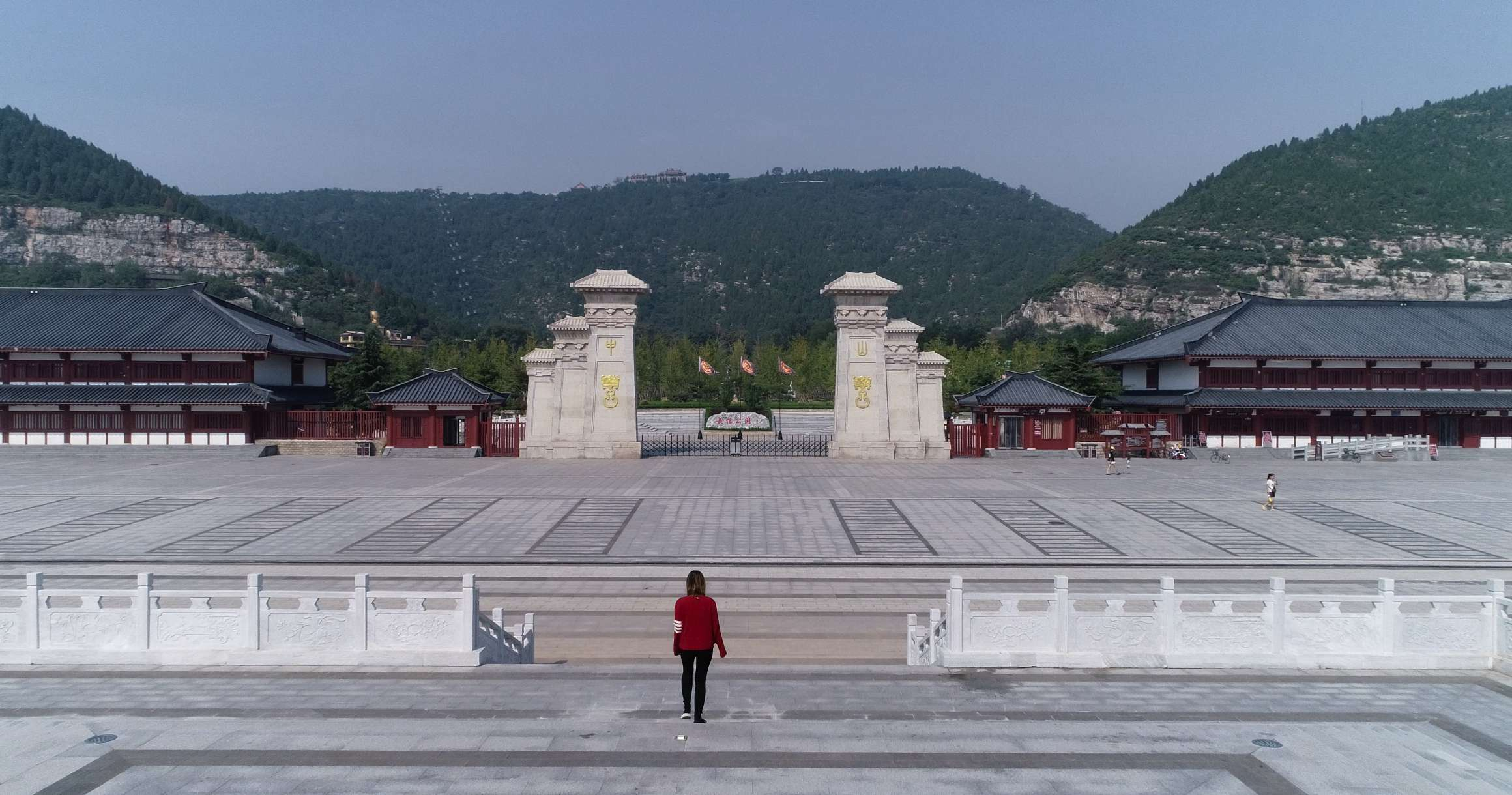 So people believed in one concept at that time: serve the dead as if they were alive, and that is where the lavish burial custom came from.

I was stunned by a large number of cultural relics in the tomb.

Tons of precious potteries and burial objects were found in the tombs, including a couple of jade suits, which amazed the world.

The jade suit covered the body from head to toe with around 2,000 pure jade pieces. Every piece of jade was elaborately designed and polished. It cost a mature jade craftsman nearly 10 years to complete and equals the total property of 100 middle-class families in the Han Dynasty.

Such a luxury design was all due to a belief at that time: jade can preserve the human body from putrefaction. However, they didn’t… The experts of archaeology didn’t see the body at all except a little bone ash during excavation. 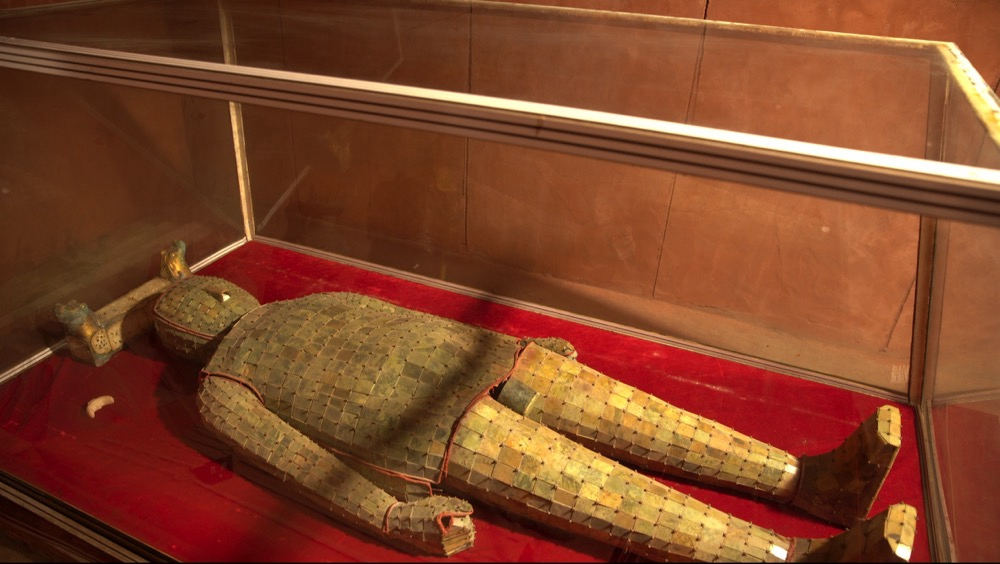 And I was surprised to know that Liu Sheng, the owner of the tomb, liked drinking very much. The countless drinking vessels and drinking game coins found in the tomb give us a glimpse of his life.

The bronze dice found in Dou Wan’s tomb has 18 sides, which is really different from what we have today. I am really curious about the drinking games they played…

Walking along the tomb is like walking in a time tunnel. I couldn’t help imagining the lives of those who lived in the Han Dynasty. They once lived in the world…just like us. The cultural relics, even not being able to speak, tell us the living stories of their masters. Maybe that lies the significance of the archeology, the history, and this journey.

This is the first episode of “Travel Back in Time with CGTN.” I’m Li Yimei, and during the following journey, I will take you along the historic tunnel and present you with some of China’s most treasurable cultural heritages. Stay tuned!