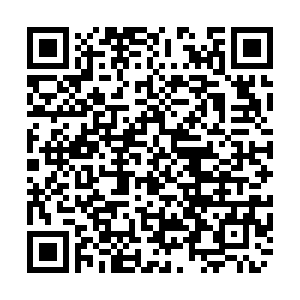 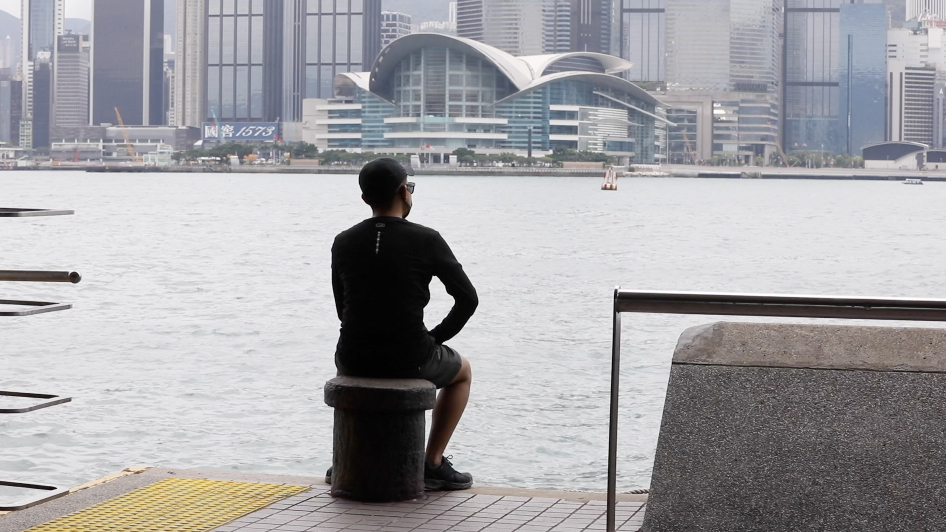 I met Robin Chan on September 2 when people held a gathering at the Chinese University of Hong Kong (The CUHK) to boycott classes. After seeing the war-zone like protests on weekends in Hong Kong, I was terrified if the gathering would turn ugly again.

The organizer said over 30,000 people, including students from other schools and other members of society, attended the rally. That day was rather peaceful – a pack of guest speakers offered speeches and some later went to see a movie.

I was asking a female student studying at the CUHK if she would be happy once all their demands could have been met, she looked puzzled and unable to answer. That's when Robin jumped in said that they protested to "have a choice at least." While being extremely rational, Robin's tolerance of violence from recent protests somewhat shocked me.

Even more worried, I spoke to a few more – all seemed OK with throwing gas bombs and laser beams. One even said that it was not violent when protesters set a fire in Hong Kong's Admiralty but just a little bit aggressive. I was able to schedule a second meeting with Robin for an interview later. 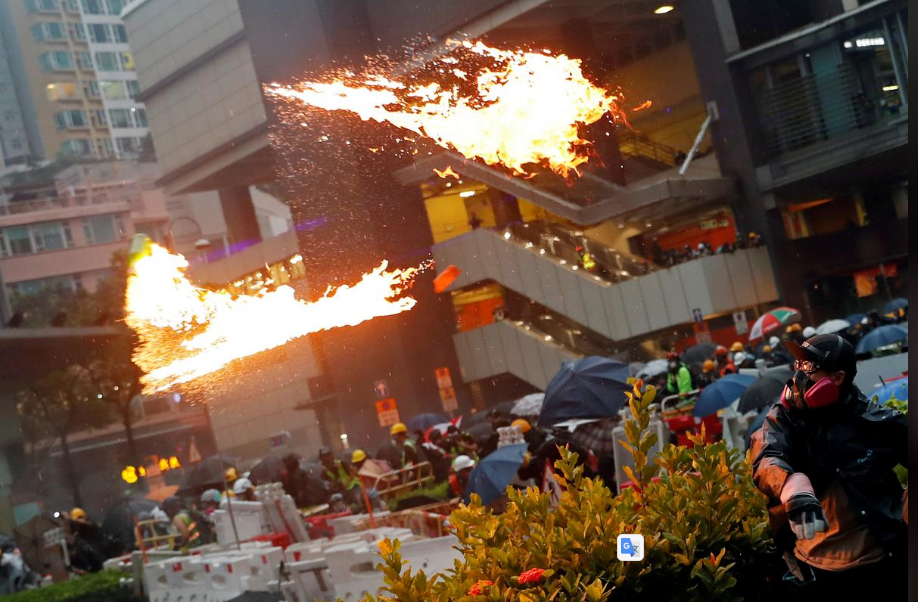 We met in Hong Kong's famous Tsim Sha Tsui. I was overly prepared for possible clashes with him so that I took along my male intern and a Cantonese speaking photographer – enough manpower if Robin showed up with a gang. That, of course, did not happen.

I asked him if he was happy with Carrie Lam's announcement. He said that the withdrawal itself is not enough.

"We are just asking for a choice at least. The first step to begin with democracy is a choice," said Robin.

He wore a black mask and a black shirt when facing our camera. He said it was not that he feared to be seen but rather to show his support. He is one of many Hong Kong residents who wear black as a symbol of their protest.

At the very front, a relatively smaller group that turned radical against Hong Kong police – throwing gas bombs and setting fire during protests. Those who protest peacefully dress similarly so that the group as a whole can help protect each other's identity.

Yet, I asked if he was scared that those radical protesters may be fighting for something else. 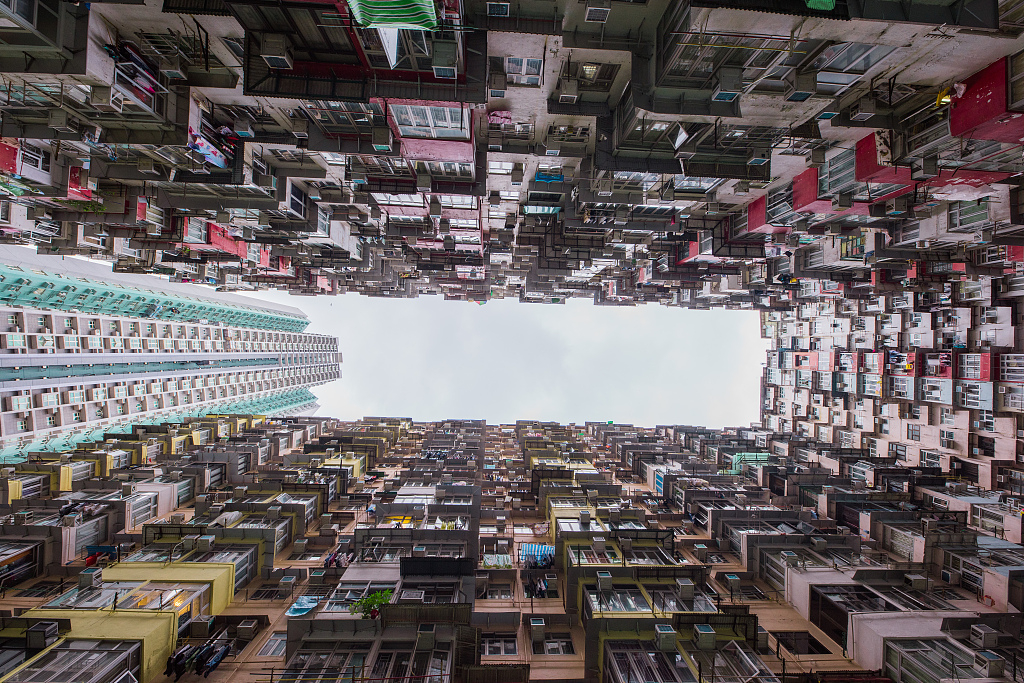 Anti-government rallies have been centered around opposing the now abandoned fugitive bill and alleged police brutality, but what else are behind protesters' growing anger?

Robin said that it is the widening wealth gaps and a stalling economy that are crushing the livelihood of many of Hong Kong's youth.

"We are just a small city from China, the area is too small. But then with too many people, 7.5 million already, housing is not enough," he continued.

This is especially true with public housing. Hong Kong is often ranked as the world's most difficult city to own a house, with research suggesting people in HK having to save up for over 20 years with no budget for anything else based on average salaries in the city, which haven't been rising as fast as property prices.

Robin is 24 years old and has been working in the city’s tourism industry for three years. He said he spends half of his monthly salary on rent and the other half on food and his daily commute – unable to put anything in savings. 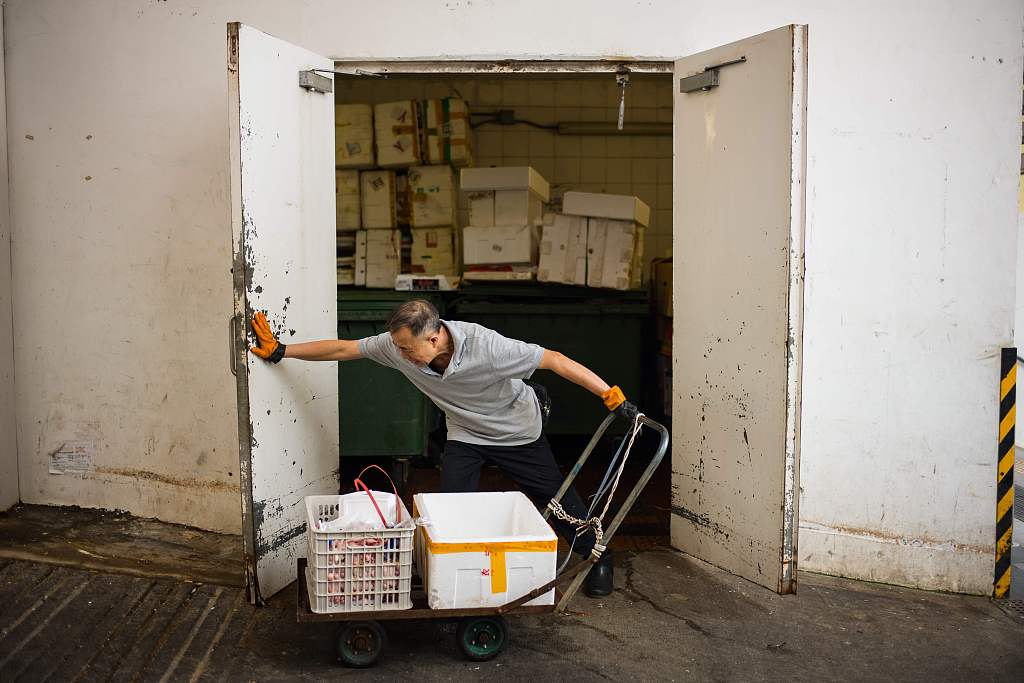 And when many who were promised public housing didn't get any, confidence in the government was lost.

Robin suggested that the city government should build an online system for locals to vote on big development projects so that it could possibly allow the SAR government hear the locals. He also hopes that what Hong Kong can achieve could also help Chinese mainland cities to learn from the experience.

"The nationality is flowing in our blood. It is something we cannot change. We are only saying 'One Country, Two Systems.' Now, we just want our system to be better," said Robin.

I talked with him for about three hours. There have been many what-ifs that popped up in my head.

What if violence grows out of hands amid their continuing protests? And what if some radicals are rather in for thrills from confronting police officers? And what if young people’s demands for better life have been taken advantage of?