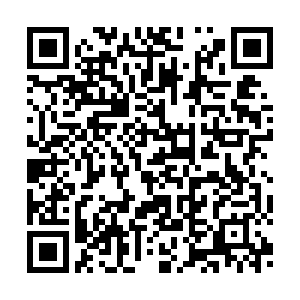 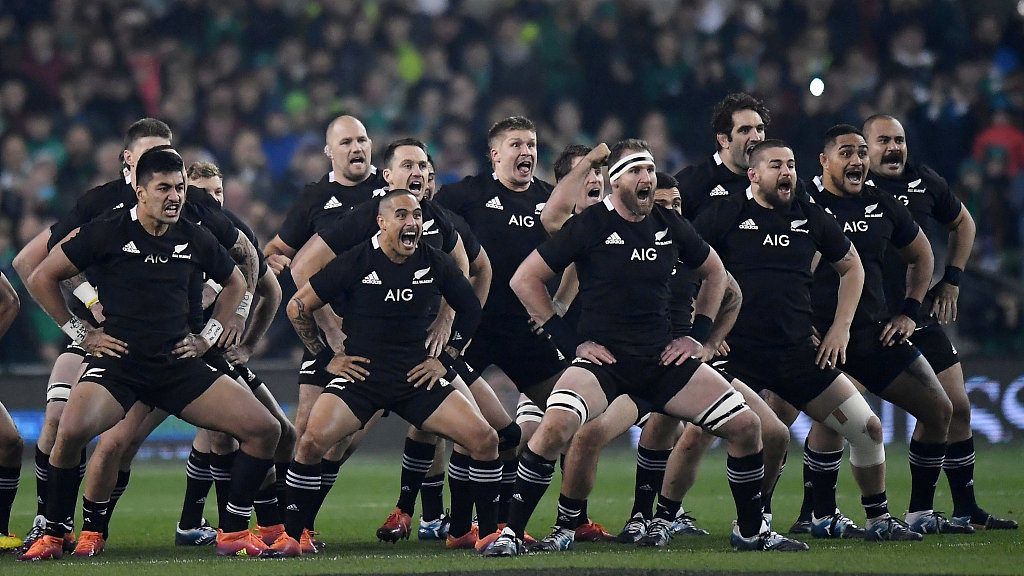 New Zealand players perform the haka before the match of Ireland vs. New Zealand in Dublin, Ireland, November 17, 2018. /VCG Photo

New Zealand players perform the haka before the match of Ireland vs. New Zealand in Dublin, Ireland, November 17, 2018. /VCG Photo

With the Rugby World Cup getting underway in less than a fortnight, two-time defending champion All Blacks capped off their preparation for the event by steamrolling a hapless Tonga 92-7 in Wellington on Saturday.

The ABs will start the World Cup as hot favorites as they launch their title defense against the mighty Springboks in Yokohama on September 21.

In their match against the Tongans at Waikato Stadium, rookie winger George Bridge notched up four tries as the hosts accomplished a superlative 14 tries. Bridge scored one of his tries just seven seconds into the second half when he caught the kickoff from debutant fly-half Josh Ioane and ran 40 meters untouched.

With Barrett converting seven of the eight tries to power his side to an emphatic 54-0 lead in the first half, it was a complete domination by Steve Hansen's side throughout the game, even though they had to play with 14 players in the final 15 minutes.

Tonga’s only try of the match came when captain Siale Piutau clinched a consolation one in the 77th minute as they suffered a morale-crushing defeat ahead of their opening clash of the World Cup against 2003 champions England in Sapporo on September 22. 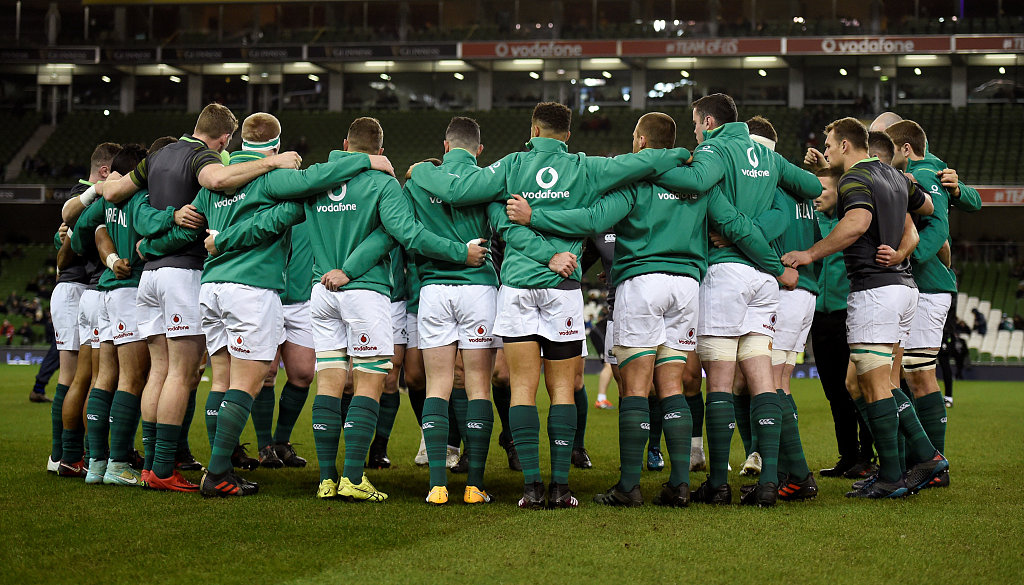 After the match, Piutau conceded, "We had a game plan. We didn't execute it, so we got put to the sword. This will be difficult to take but we don't want to go back to the drawing board. We have taken a lot of lessons out of this and hopefully we can execute come the World Cup."

Meanwhile, with his team once again setting its sight on the Web Ellis Trophy Read said, "We could have just rolled in with our eyes on a couple of weeks to go, so I'm really proud the way we stuck at it from the first whistle. It was our last hit out and it was important we have to keep building now."

Interestingly, the last and the only previous occasion the ABs played against the Pacific islanders outside of a World Cup was way back in 2000 when the New Zealanders registered a mind-boggling 102-0 victory in Auckland.

Elsewhere, Ireland gave head coach Joe Schmidt and captain Rory Best the perfect farewell as they clinically executed an emphatic 19-10 win over Wales at Lansdowne Road in Dublin on Saturday. The victory also catapulted the Irish, who beat the ABs twice in the past couple of years, to the top of the world rankings for the first time.