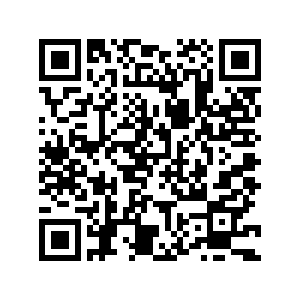 Welcome back to Fantastic Plants. The International Horticultural Exhibition has attracted several million visitors since it opened in April. And as the seasons change, new plants are popping up inside the plant pavilion.

Plants are at the bottom of the food chain, but carnivorous plants play by their own rules. Since they live in areas with nutrient-poor soil, they’ve adapted to gain vital nutrients such as phosphorus and nitrogen from other sources, like insects, spiders and even rodents. 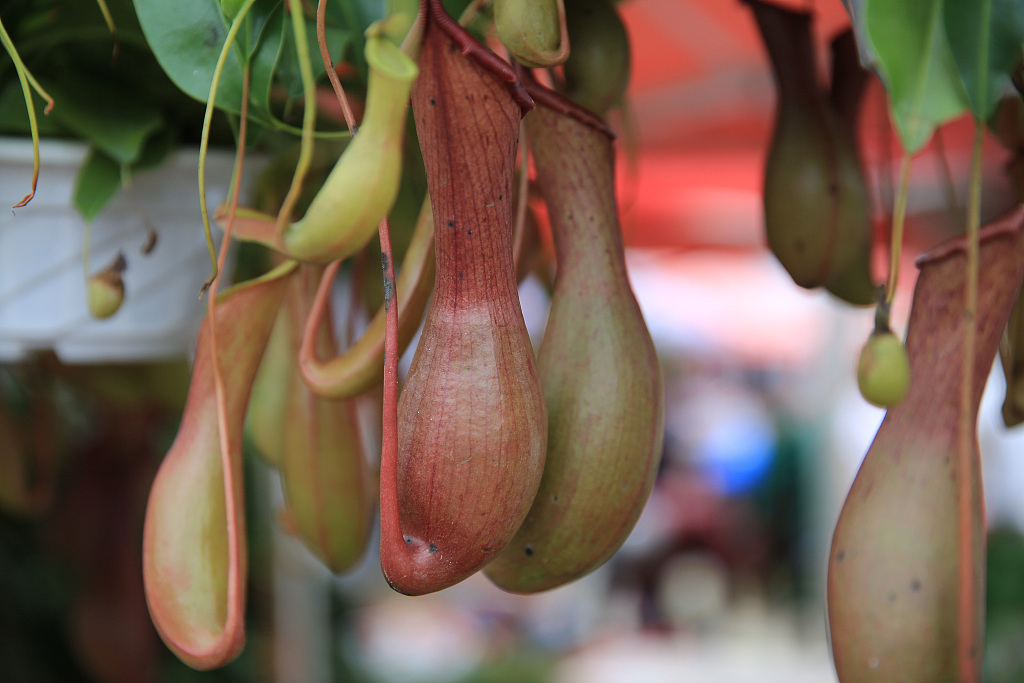 Tropical pitcher plants are found throughout Southeast Asia. They hang from trees and rely on a pool of water inside to catch their prey. It’s a classic pitfall trap. Prey are lured in by a combination of vibrant colors and alluring scents. But once inside this pool of death, the slippery walls prevent escape and digestive enzymes or bacteria break down the unlucky prey. While most species eat spiders and insects, some of the larger species, such as the Nepenthes rajah, can even feast on lizards, frogs and small rodents. 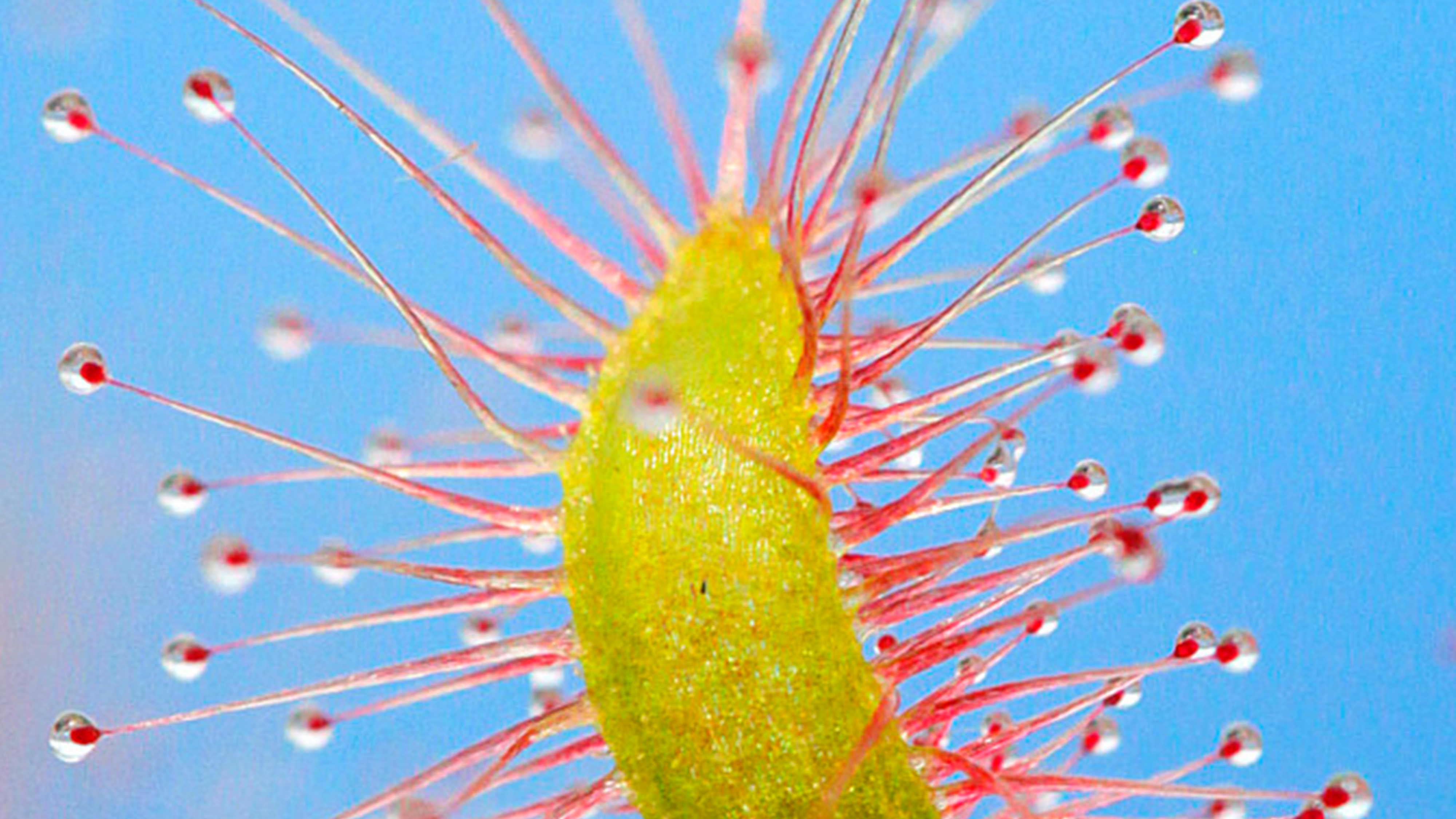 Sundews are found in tropical habitats all over the world. They use a flypaper trap technique. The plant’s leaves have a host of tentacles with sticky glands that look like dewdrops shining in the sunlight. But all that glitters is not gold. Once an insect lands on the sticky surface, the plant gets to work. The tentacles begin to coil around the prey. As the insect struggles, digestive enzymes are released. Over the course of about a week, the plant will slowly digest its prey, extracting all of the vital nutrients it needs. 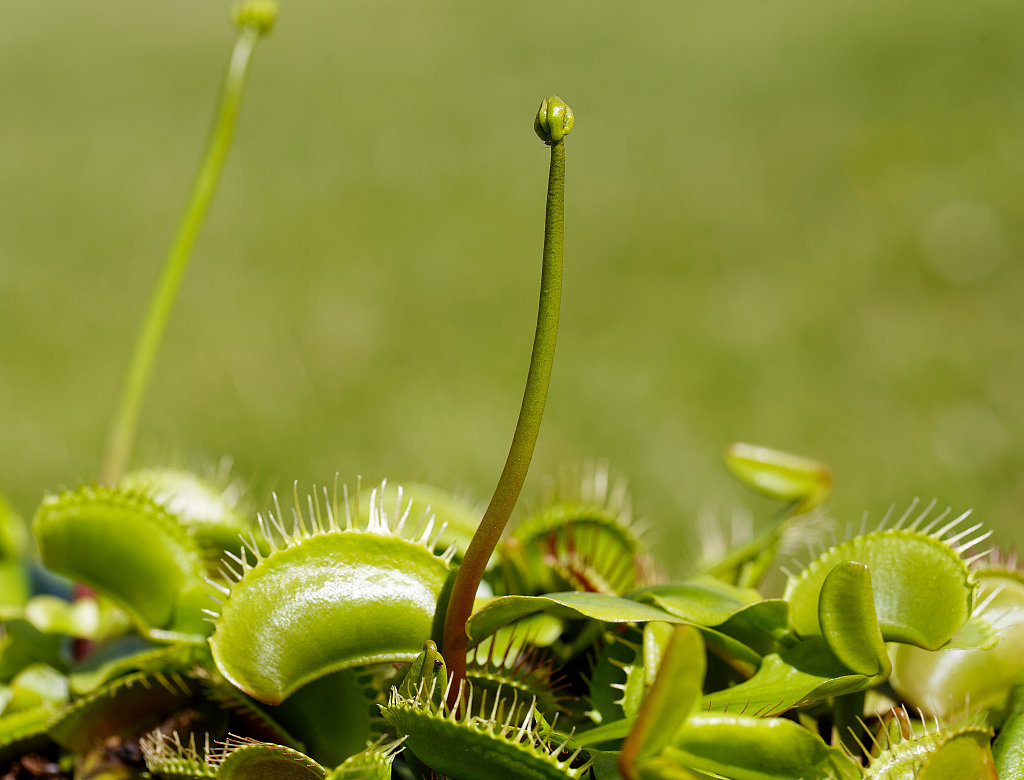 The venus flytrap uses a different method to snag its prey… a snap trap. While it lacks the brute force of a bear trap, it's just as effective in snagging its target. Since this one is still sprouting, we’ll show you what it looks like as an adult. Insects are drawn in by the vibrant colors and nectar that coats the trap. Between the plant’s tiny jaws are six hairs that act as triggers. If an insect touches one, no big deal. But if it triggers two within 20 seconds, it's all over. The mouth closes shut within a fraction of a second, the digestion process begins and continues for five to 12 days. Once the plant has had its fill, it reopens to lure the next victim.

Join us next time for a closer look at these guys, the ferns, a group of plants that has been around since the time of dinosaurs.