This episode of "Ancient Charm of China" takes you to the far west region of the Xinjiang Uygur Autonomous Region to get a glimpse of a rather isolated and primitive village that might bring some inspirations for your future trip plans in China.

Located near Kanas Lake in Burqin County, Hemu Village boasts a picturesque natural landscape. Many might have already heard of the serene beauty of Kanas Lake, but here in Hemu Village, the green grassland, boundless forest and misty snowcapped mountains welcome you to a hidden Chinese fairyland. 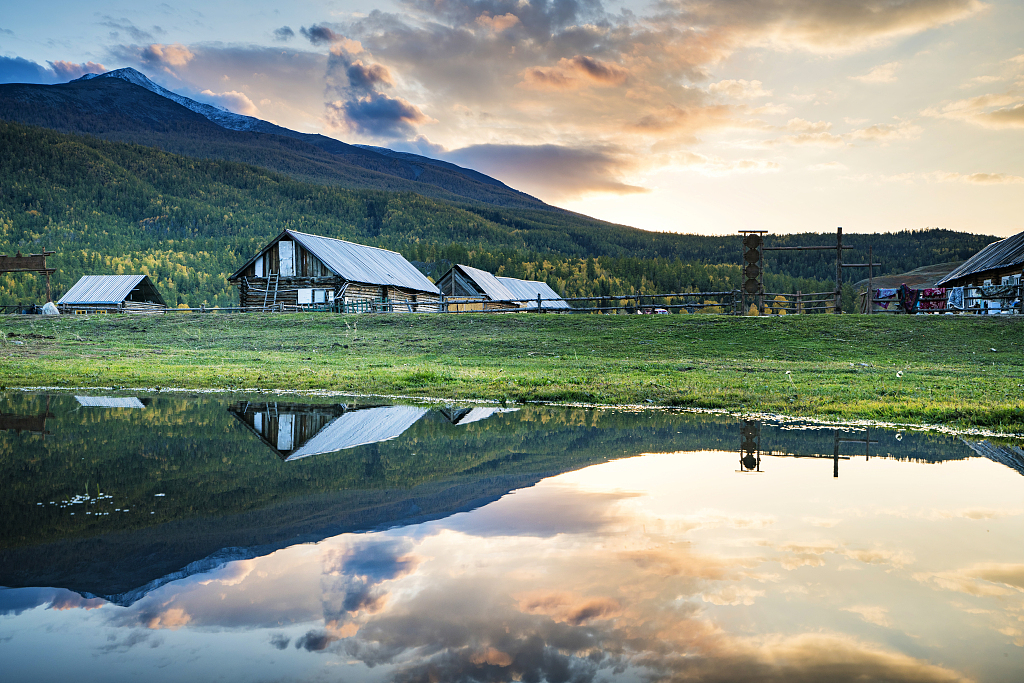 Many simply can't resist the temptation to visit Hemu Village during the autumn season when the golden leaves cast a glow over the whole village. The mountains and forests are reflected on the water, forming a surreal watercolor painting. You might also be able to witness the lake change its color several times a day. 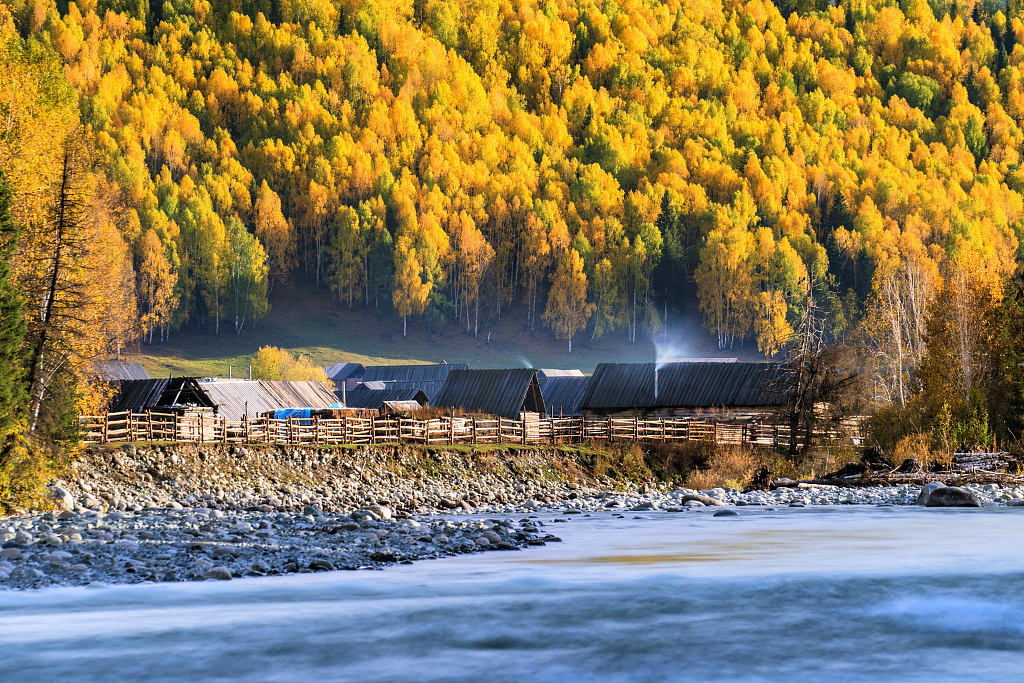 The surrounding birch forests turn into the color of gold in autumn. /VCG Photo

The surrounding birch forests turn into the color of gold in autumn. /VCG Photo

Hemu Village is the most remote and largest of the three residences of Tuva ethnic group. The other two are Kanas Village and Baihaba Village, both in Xinjiang.

The locals have kept their simple and ancient lifestyle and many still make a living by animal husbandry. Their residential area is characterized by wooden houses scattered across the village. The roof is generally nailed with wood and each door opens to the east. 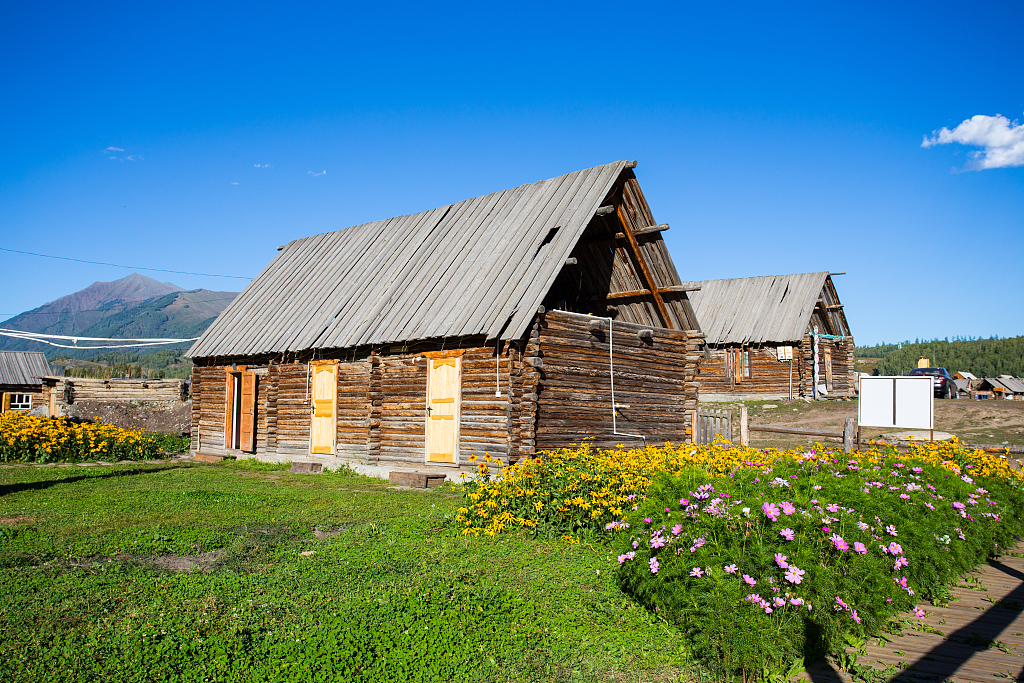 A typical house made of wood in Hemu Village. /VCG Photo

A typical house made of wood in Hemu Village. /VCG Photo

Opposite the residential area is the Hemu River whose water comes from the snow mountain. There are two bridges over the river that people usually call the Hemu Bridges. One is for visitors to walk across the river to the Hemu viewing platform, and the other is mostly used for local herders and their livestock to cross.

Hemu Village is definitely a paradise for shutterbugs. Both sunrises and sunsets offer a wonderful chance for stunning photos. When the night approaches, the sky adorned with numerous stars creates a mysterious and mesmerizing view. You can simply lie down on the ground, gaze at the stars and empty your mind. 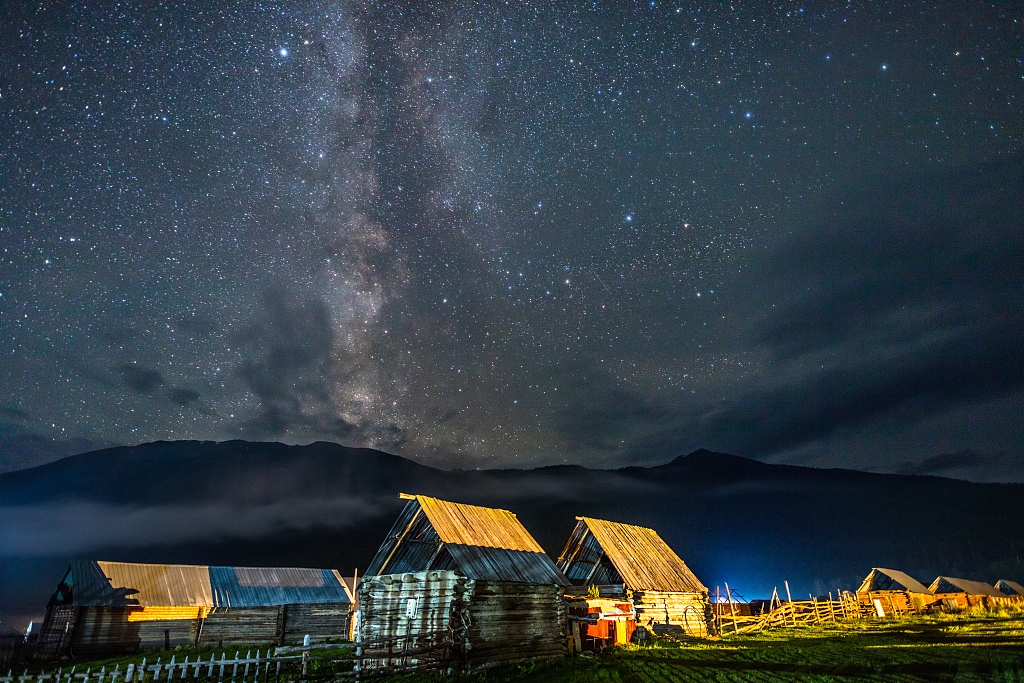 Transportation: Take a flight to Urumqi first and then transfer to Burqin Kanas Airport. A road trip is highly recommended to get to the destination and also tour around Xinjiang.