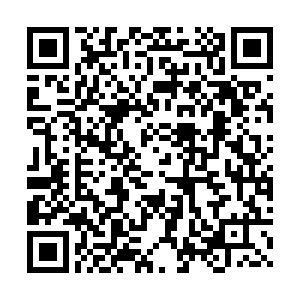 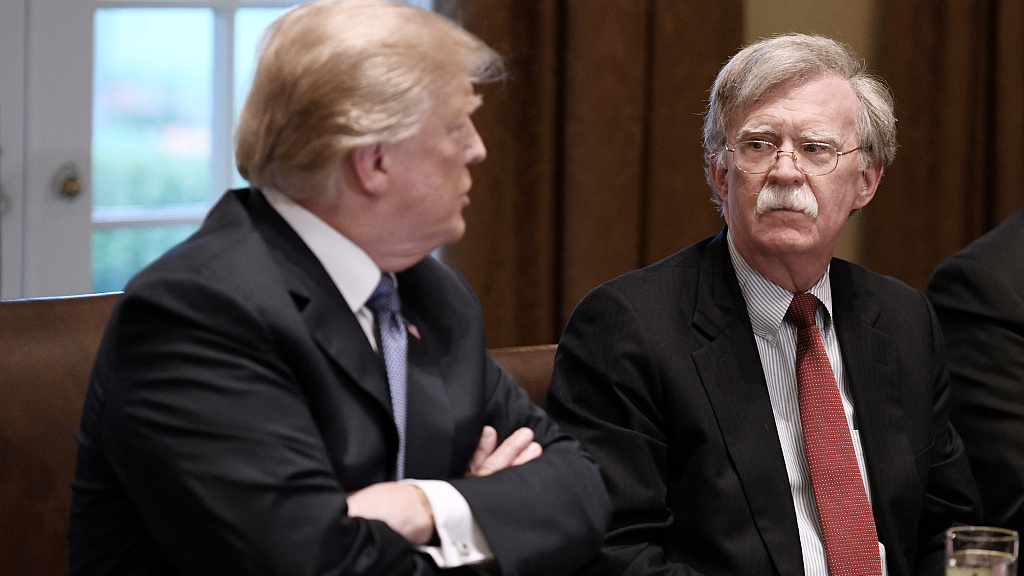 Editor's note: Sun Chenghao is an assistant research professor at the Institute of American Studies of China Institutes of Contemporary International Relations. The article reflects the author's opinions, and not necessarily the views of CGTN.

After the sudden announce of John Bolton’s departure, the U.S. President Donald Trump again gave a more detailed explanation on why he fired his national security adviser a day earlier, saying that Bolton had been a “disaster” on DPRK policy, “out of line” on Venezuela and clearly did not get along with important administration officials.

If we look at American history carefully, a successful national security advisor must follow three rules. First, keep a close relationship with the president. Secondly, maintain a harmonious relationship with other colleagues in the White House. Thirdly, if you can’t follow the second rule, please always stick to the first one. Unfortunately, Bolton failed to follow any one of the above rules.

Both Trump and Bolton share a deep skepticism of globalism and multilateralism, and they are not seeing eye to eye on the goals of most foreign policies. Trump believes in pragmatism reflected in “peace through strength” – conflict or confrontation is not the goal but a way of threat to achieve diplomatic results.

For Bolton, strength is needed to wage a war or realize a regime change. Therefore, Bolton refused to adopt any weak policies on countries like the DPRK, Iran or Venezuela.

Bolton’s ousting, to some extent, will soften American foreign policies towards the so-called “hostile countries,” but will pose more challenges on its decision-making mechanism in the White House. 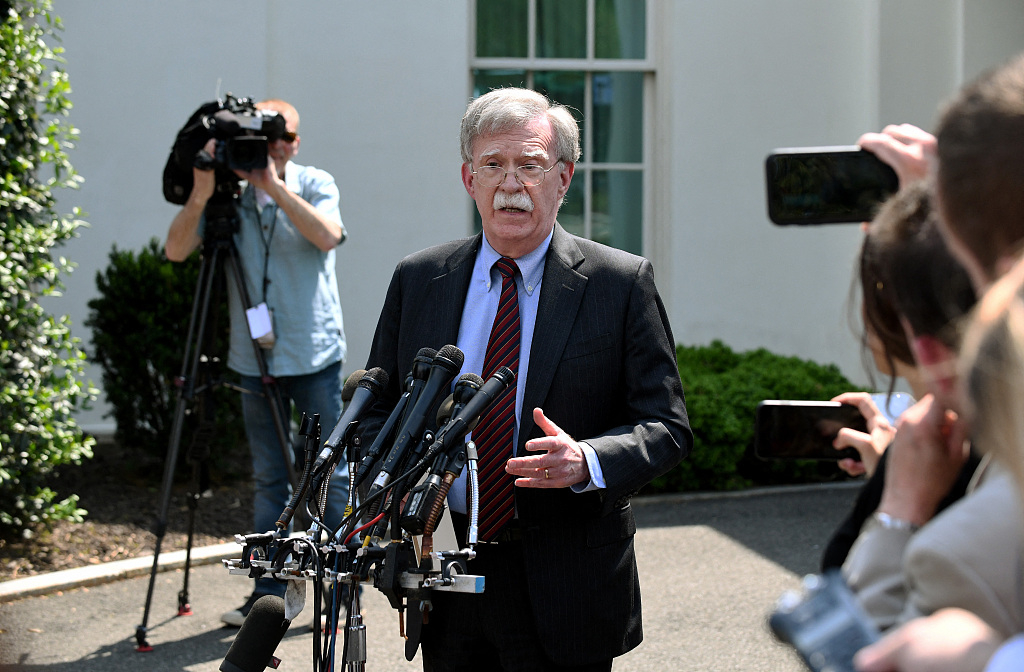 Then White House National Security Advisor John Bolton talks to reporters about the security and political turmoil in Venezuela and called for a peaceful transition to a government controlled by acting President Juan Guaido, outside of the White House West Wing April 30, 2019 in Washington, DC. /VCG Photo

Then White House National Security Advisor John Bolton talks to reporters about the security and political turmoil in Venezuela and called for a peaceful transition to a government controlled by acting President Juan Guaido, outside of the White House West Wing April 30, 2019 in Washington, DC. /VCG Photo

Due to a frequent change of the national security advisors, in less than three years, the National Security Council (NSC), the most important inter-agency decision making mechanism in the White House will become more irrelevant and inefficiency in the bureaucratic system, since every new manager in charge will cleanse NSC officials worked for his or her predecessors.

To make matters worse, Bolton also disliked the formal process and cut most formal meetings of NSC. The meetings of the Principals Committee and Deputies Committee of NSC are seldom convened because Bolton believes Trump only needs a small circle of advisers to make decisions.

On discussing the recent secret meeting with Taliban, the usual NSC process was even dispensed and only a small circle of advisers was clued in, which in the end led to the chaos of the decision making process and the sudden change in the U.S. policy towards Afghanistan.

It is hopefully true that Bolton’s leave offers an opportunity to repair the broken NSC system. But the bad news is that there is almost no dissident left in the White House to diversify the policy making. Loyalty has become the only criterion for Trump to select his inner circle members.

Thus the biggest challenge for the decision making in the White House is not Bolton, but the increasing group mentality when the State Department, Department of Defense and other agencies no longer hold different views from the White House.

On one hand, it is much easier for the whole bureaucratic system to reach consensus on certain issues and implement Trump’s foreign strategy. But on the other hand, it will reduce the flexibility of U.S. foreign policies and make it much harder for the Trump administration to correct its course and increase the risks of misjudgments and miscalculations.