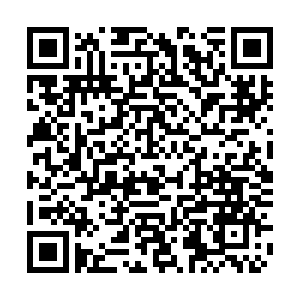 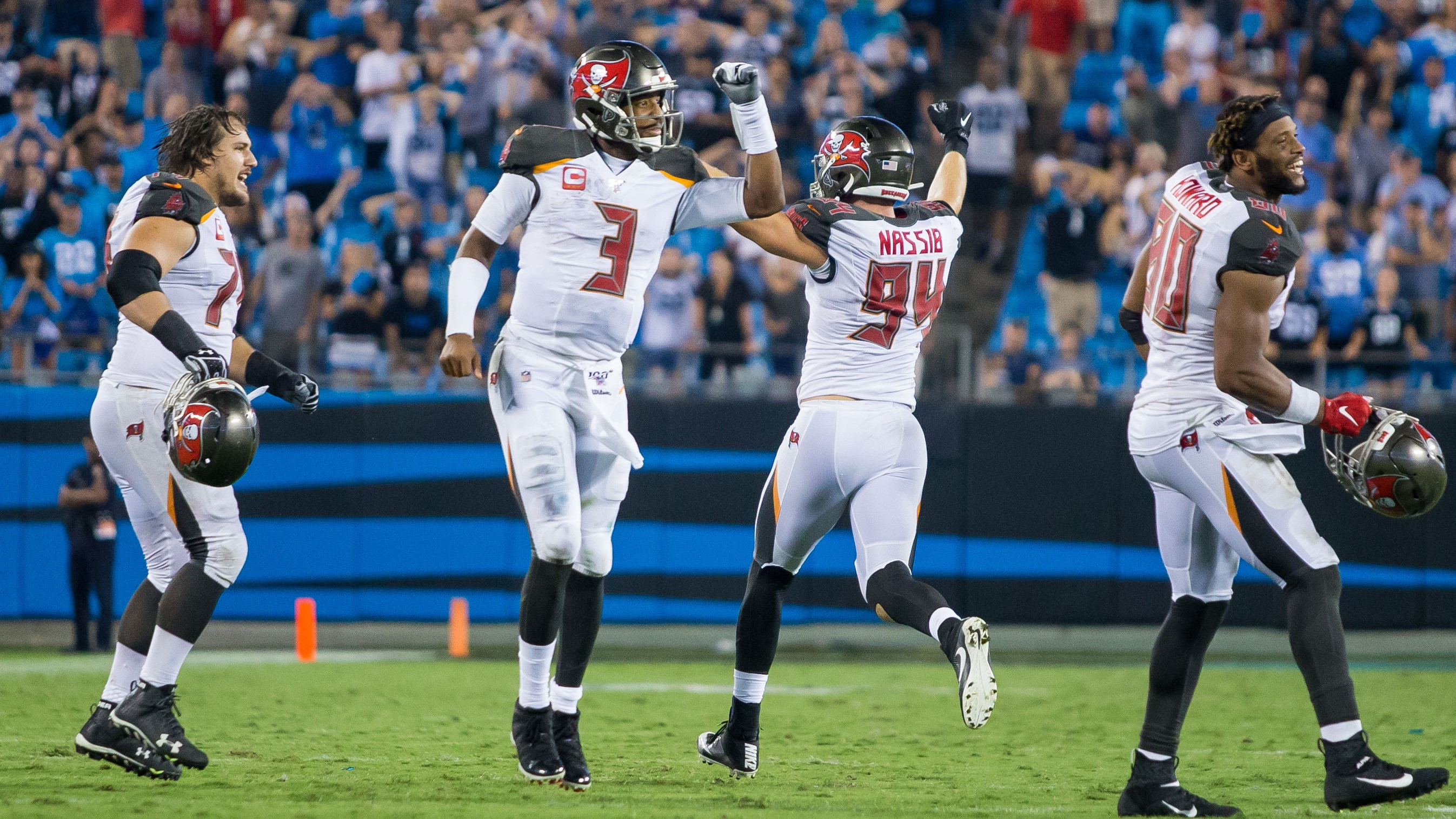 The Tampa Bay Buccaneers thwarted a last-gasp Carolina drive in a 20-14 NFL victory over the Panthers that gave coach Bruce Arians his first victory with the team on Thursday.

In fact, the game dribbled into Friday morning thanks to a 25-minute delay in the first quarter because of an electrical storm in Charlotte, North Carolina.

On a night when both teams struggled to move the ball, Tampa Bay receiver Chris Godwin pulled down eight catches for 121 yards and a touchdown and Peyton Barber ran for 82 yards and a TD.

It was an unprepossessing performance from Buccaneers quarterback Jameis Winston, who finished with 208 passing yards but managed to avoid a turnover after throwing three interceptions in week one. 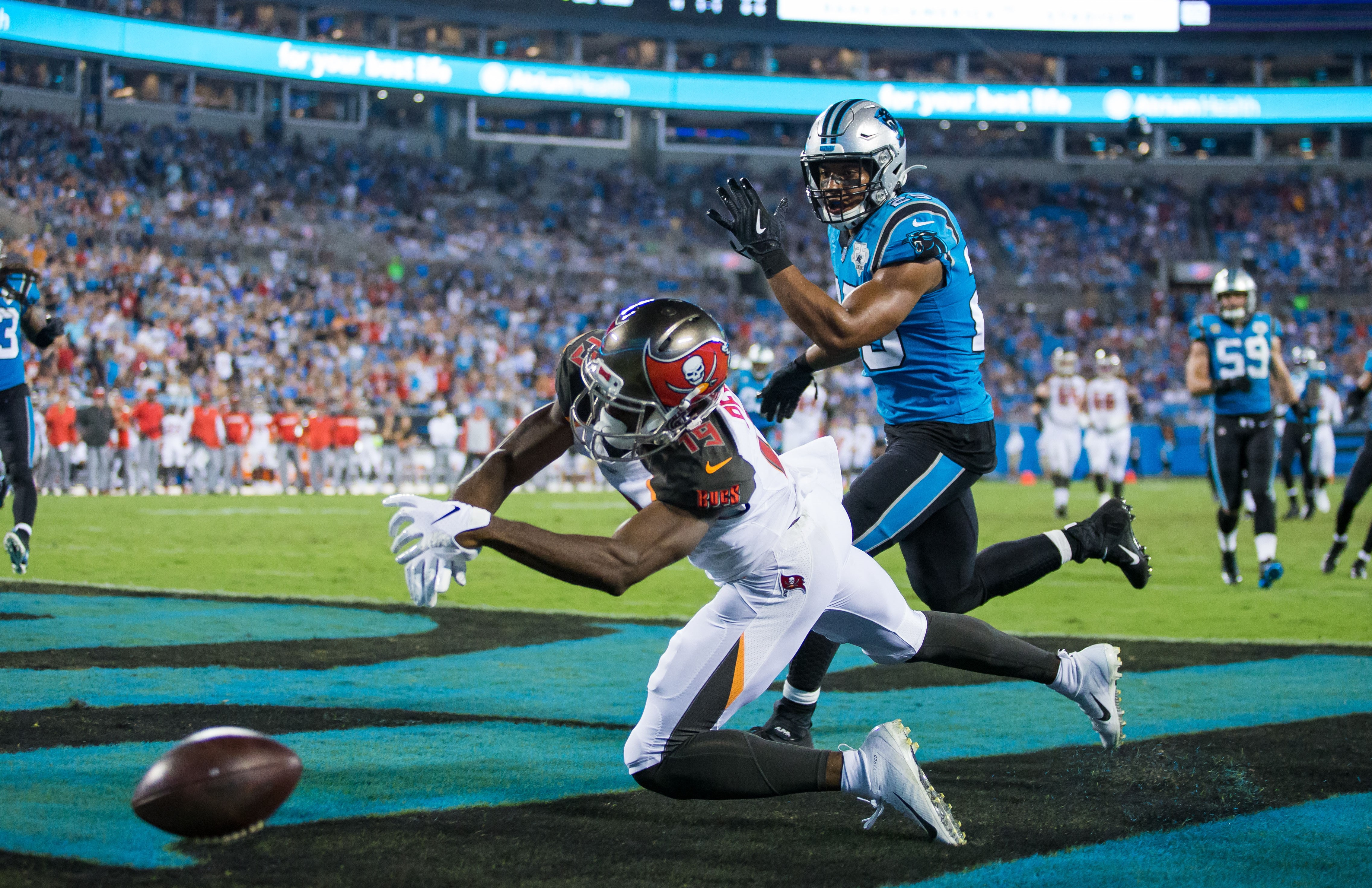 Breshad Perriman #19 of the Tampa Bay Buccaneers misses a touchdown pass in the game against the Carolina Panthers, September 12, 2019. /VCG Photo

Breshad Perriman #19 of the Tampa Bay Buccaneers misses a touchdown pass in the game against the Carolina Panthers, September 12, 2019. /VCG Photo

"I managed the game," Winston said. "I protected the football and I gave the team a chance to win and we won. A win is a win."

Panthers quarterback Cam Newton finished with 324 passing yards, but he connected on just 25 of 51 passes and was held without a touchdown for the second straight game - while also coughing up a fumble.

Carolina scored all of their points on field goals and a safety.

On the Panthers' final drive, Tampa Bay's defense denied Christian McCaffrey after he took a snap out of the wildcat formation to take over on downs.

McCaffrey, who piled up 209 yards and two touchdowns in the season-opener against the Los Angeles Rams, was held to 53 total yards from scrimmage.