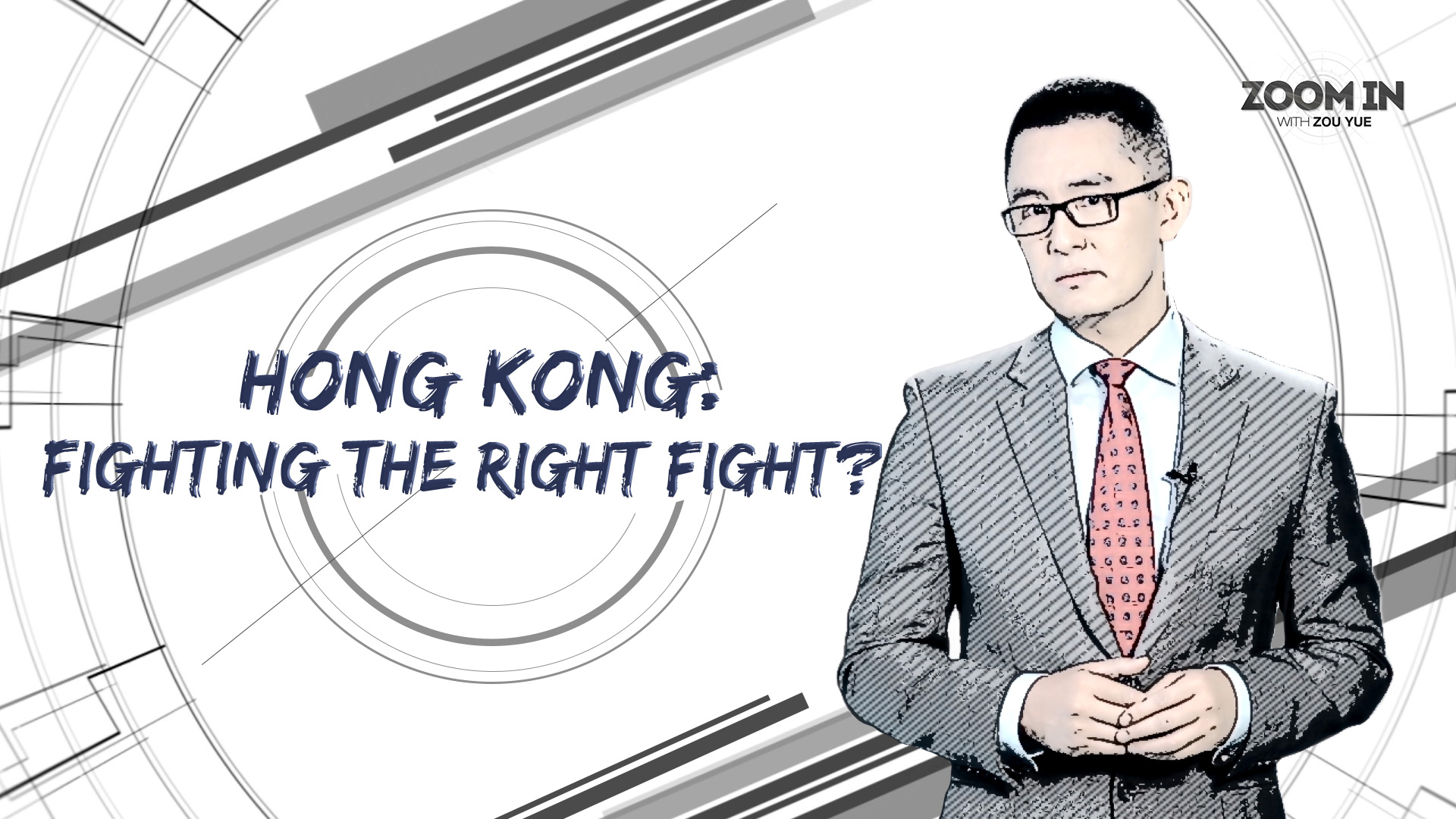 Whenever people are involved in a fight, they might be too consumed by the passion and drive to win and forget why they fight and how they fight. And this is exactly what is happening on the streets in Hong Kong.

It started as a fight against the fugitive bill. But now nobody knows what it is really about.

The protesters, arguably in hundreds of thousands, seem to be under one flag, but do they have the same thing in mind? I doubt it.

Some think they deserve a bigger house and a better job, some are not happy about the government's policies and want to change them. Some feel antipathy towards the mainland and some worry the difference between the mainland and Hong Kong is fading away.

Is Hong Kong's autonomy in danger? The perception is drastically different among people who have different political views. And they want to fight over those differences.

How to move on to universal suffrage is a big question, but I still think Hong Kong is getting there one way or another. It simply needs people to agree on the principles, not on the goals.

On freedom of the press, Hong Kong's diversity of views has been protected but the polarization of political views has laid bare the problem of compromise making in the fracas.

If the fight is about what some people advocate as "Hong Kong independence", I guess most of the people in Hong Kong and the rest of the world agree it is not only delusional, but also dangerous.

Complicated problems demand painstaking and open-minded discussions, and those are prominently lacking in Hong Kong.

The way to fight

However, what is strikingly strident is the flying of American and British flags among protesters.

The argument is to bring these countries into the fray to challenge the Chinese central government.

They put the issue of the political system ahead of national interests, which is abhorred by most people. And this seems to be the desire of the protesters.

They understand soliciting foreign meddling will make China furious while putting America or Britain in a bind. As long as the protesters get people to notice them-Bingo!

But that is exactly the opposite of how real progress can be made.

What is more perilous is some protesters use violence. It seems obvious that a small minority is bent to act violently and the majority is OK with it, although they might not perpetuate it.

And that is the problem. When you watch violence of your fellow protesters on the sidelines and say nothing or do nothing, you are actually endorsing the violence.

What is worse, if you are a spectator of violence, perpetrators will do everything with impunity, and you are going beneath what a civil and sane society is built on.

Let us all guard against pushing it too far. When you invest yourself in a cause wholeheartedly for months, you lose a sense of context.

You throw yourself into a conviction that I am on "the right side of history," as if there is only one right side. Things are unfortunately harder than that.

I am not sure the protesters are fighting the right fight, I am pretty sure they are fighting it the wrong way.