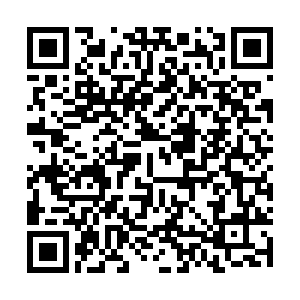 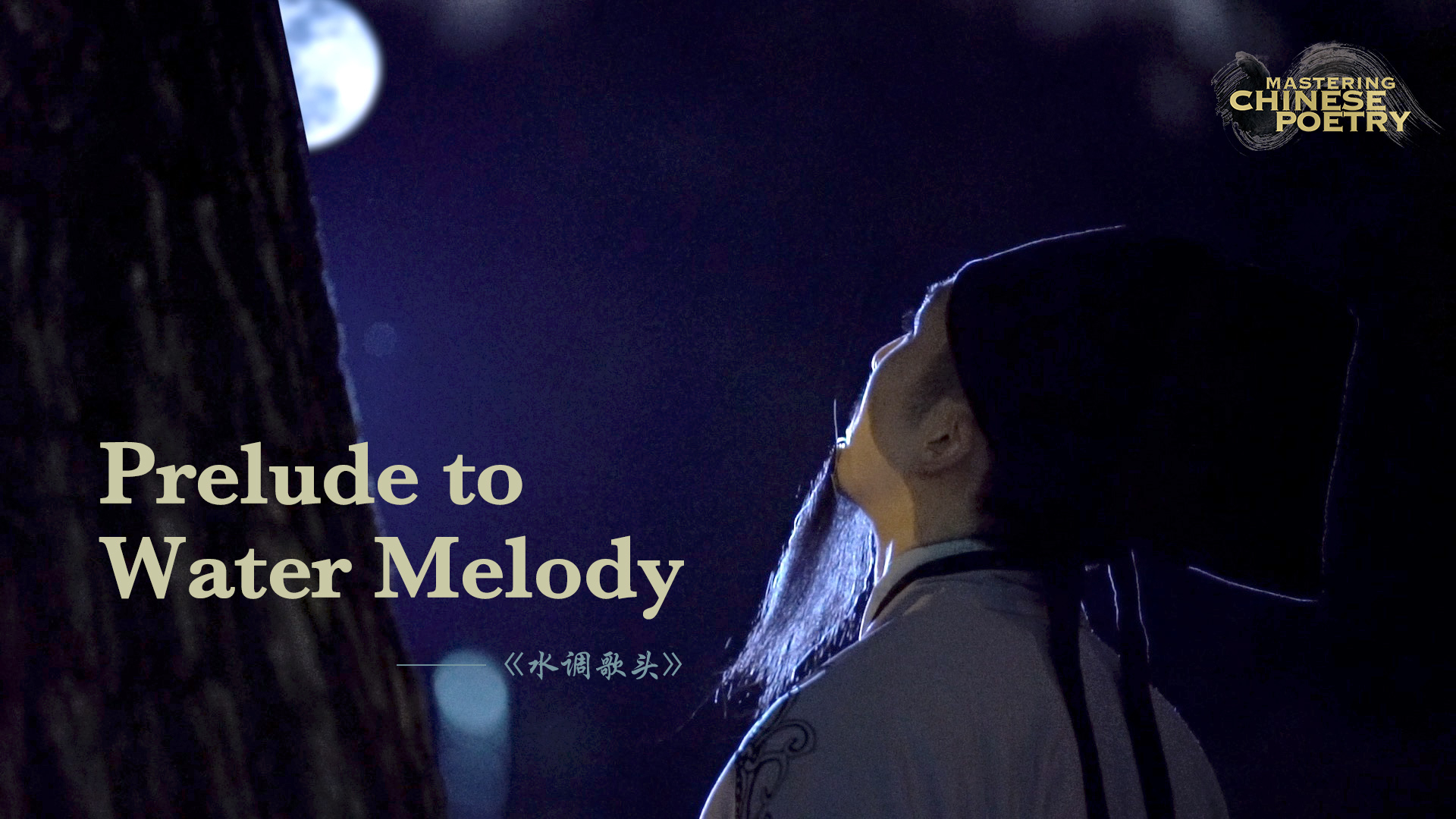 Today marks this year's Mid-Autumn Festival. Falling on the 15th day of the 8th lunar month, the traditional Chinese festival is all about the full moon and family reunion it represents. When people sit together at night and enjoy the glorious moon, an ancient poem, "Prelude to Water Melody", is often read for this occasion.

Critics say it's probably the best poem on the Mid-Autumn. After it was written, all the other poems on the harvest moon could be well-forgotten. So why is this poem so special?

The story dates back to the Mid-Autumn Festival of the year 1076. Su Shi, a great writer of the Song Dynasty (960-1279), could not sleep that night. For five years, he had been separated with his brother Su Zhe. The two grew up together and were very close. But as government officials in different cities, they were not allowed to visit each other easily. Gazing at the moon and thinking of his brother, as well as the ups and downs of his own life, Su Shi drank some wine and composed a poem, or more specifically a "ci", called "Prelude to Water Melody."

What is a "ci"? Ci is a type of lyric poetry which had its peak during the Song Dynasty. It's rhythmic, and the tonal patterns are based on the tunes of certain songs. The one written by Su Shi on the moon festival is to the tune of "Prelude to Water Melody." 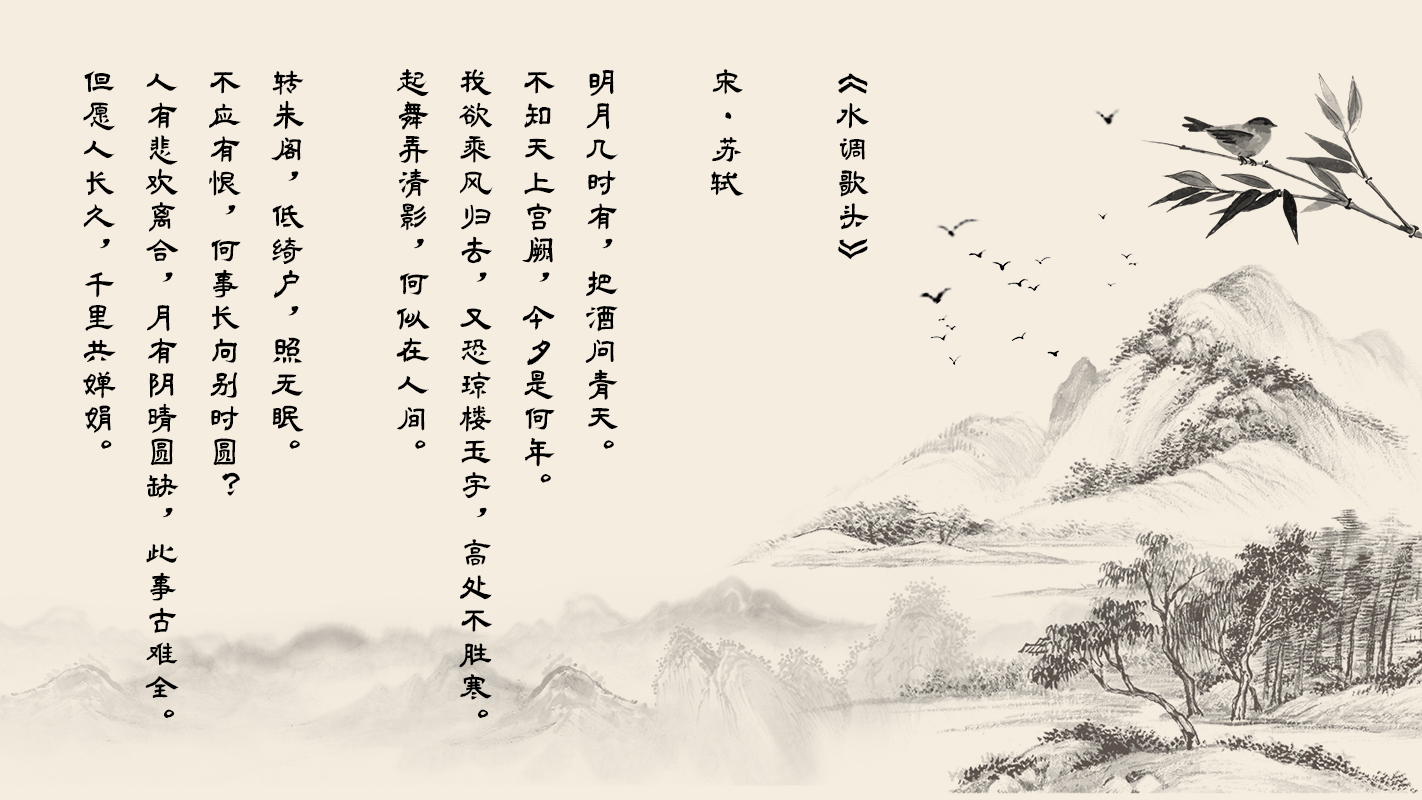 In the long verse, the poet talks to the moon and discusses the changes in nature and man's fortunes. The emotions are deep and complicated. But let's just focus on the most resonant lines.

yuè yǒu yīn qíng yuán quē
月有阴晴圆缺，
The moon is bright or dim and she may wax or wane.

cǐ shì gǔ nán quán
此事古难全。
There has been nothing perfect since the olden days.

dàn yuàn rén cháng jiǔ
但愿人长久，
So let us wish that man
May live long as he can!

For the first two lines, the writer compares the life of a man with the changing face of the moon. In Chinese culture, the moon is always considered to be a perfect carrier of emotions like nostalgia and longing for family reunion. A full moon embodies perfection and unity, while a gloomy night may remind people of their misfortunes. When the moon is round and fair but people are separated with their loved ones, that's even more heartbreaking. 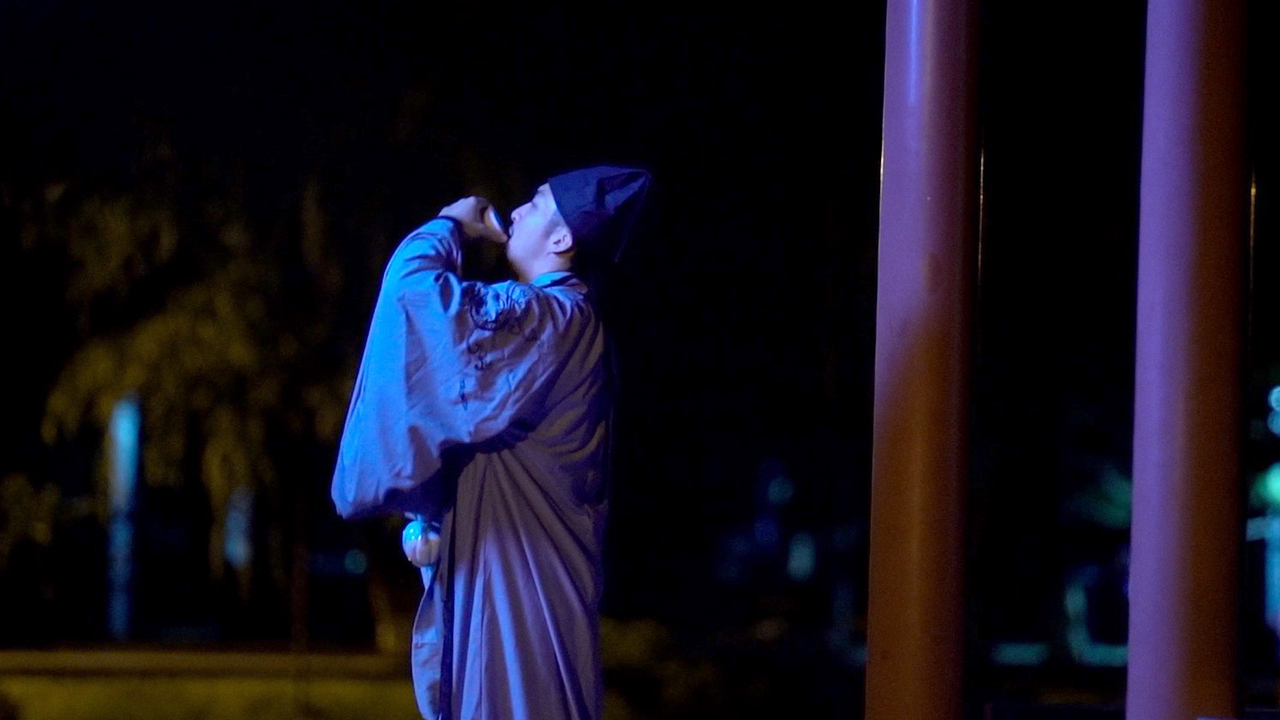 Before the comparison, Su Shi actually complains about the seemingly "ruthless" moon and asks her: You should have no spite against man, but why when people part, are you often full and bright? However, he soon realizes that no one has an easy ride, just like the moon may not always be bright. The imperfections, or the unsatisfactory things have been going on since the beginning of time. That's why the poet says "此事古难全."

But should we get bogged down with things that we can't make a difference? Su Shi gives his answer, a very optimistic one: Change your attitude and stay positive.

So, we have this everlasting line, "但愿人长久, 千里共婵娟." The poet hopes people can avoid indulging in the sorrow of life and instead appreciate the fact that no matter where they are, as long as the ones they love and miss are healthy and happy, they all can admire the same moon high in the sky and share this eternal beauty. Till this day, people still use this verse to express their wishes for family members or friends who can't be with them, especially during festivals.

The ancient moon tonight will be as bright as it was over 900 years ago. We hope you enjoy the serenity and the poem a preeminent scholar wrote in her light.