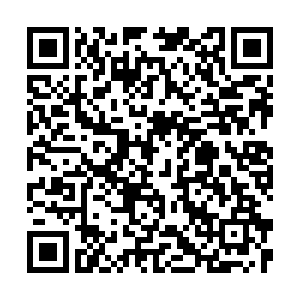 Wheat is a familiar crop to many around the world. But few know that its genetic makeup is far more complicated than rice and even the human DNA. Some scientists say sequencing the wheat genome is like climbing Mount Qomolangma.

The genetic code of wheat was finally unlocked a year ago after more than a decade of research, and Chinese scientists were part of the collaboration. Armed with this information, international researchers are now working on new ways to increase its yield and nutrition. 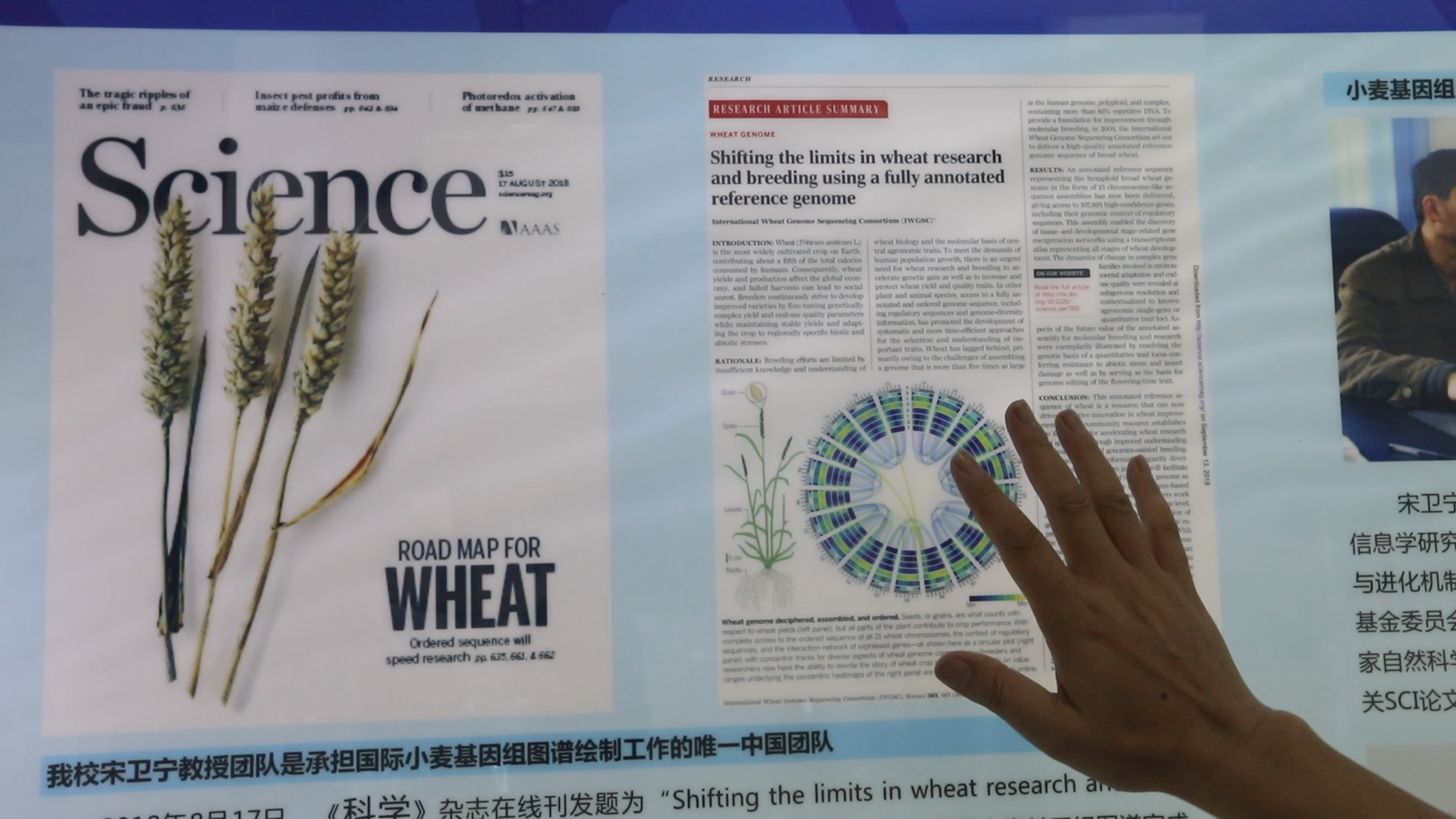 The secrets of wheat genome were unlocked in August 2018 with a collaboration of over 2,000 scientists from around the world, including those from China. /CGTN photo

The secrets of wheat genome were unlocked in August 2018 with a collaboration of over 2,000 scientists from around the world, including those from China. /CGTN photo

Song Weining from Northwest Agriculture and Forestry University is one of them. He is optimistic about what can be done with the genome map.

"After we decipher this code book, we can further explore the life process of wheat from the molecular level to analyze its growth and its reproduction. This is based on our basic theoretical studies," he said.

For Song and his peers, the loss of farmland and climate change are threatening food security not only for China but other countries. And their priority is to find higher yielding varieties that can adapt to diverse environments. 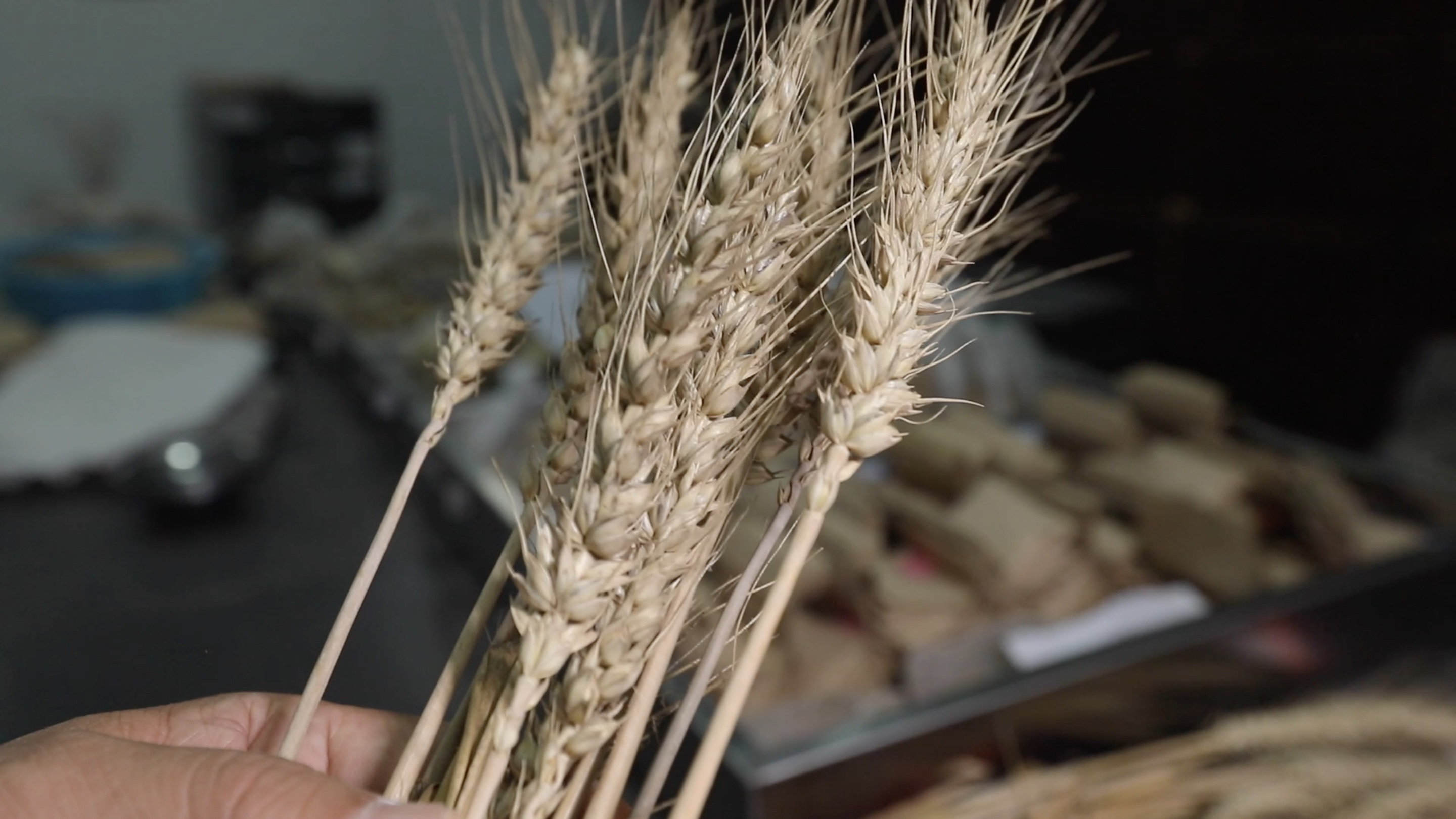 Zhang Zhengmao has been doing wheat breeding for over 30 years.

Like his predecessors, he has been using traditional methods like cross-breeding to produce better plants and seeds.

But now, a new method that uses wheat's genetic code is on the horizon.

"With the genetic information, we will use the strategy of molecular design in wheat breeding, to meet our needs. In that case, we will have breakthroughs to have better nutrition, resistance and quality of wheat," Zhang said.

Experts are positive about this latest development. Wang Zhengbing, a professor of agriculture economics from Northwest Agriculture and Forestry University, said that all seven wheat crop updates in the past 70 years marked an evidently higher yield. And he's hopeful new ones are on the way with the findings. 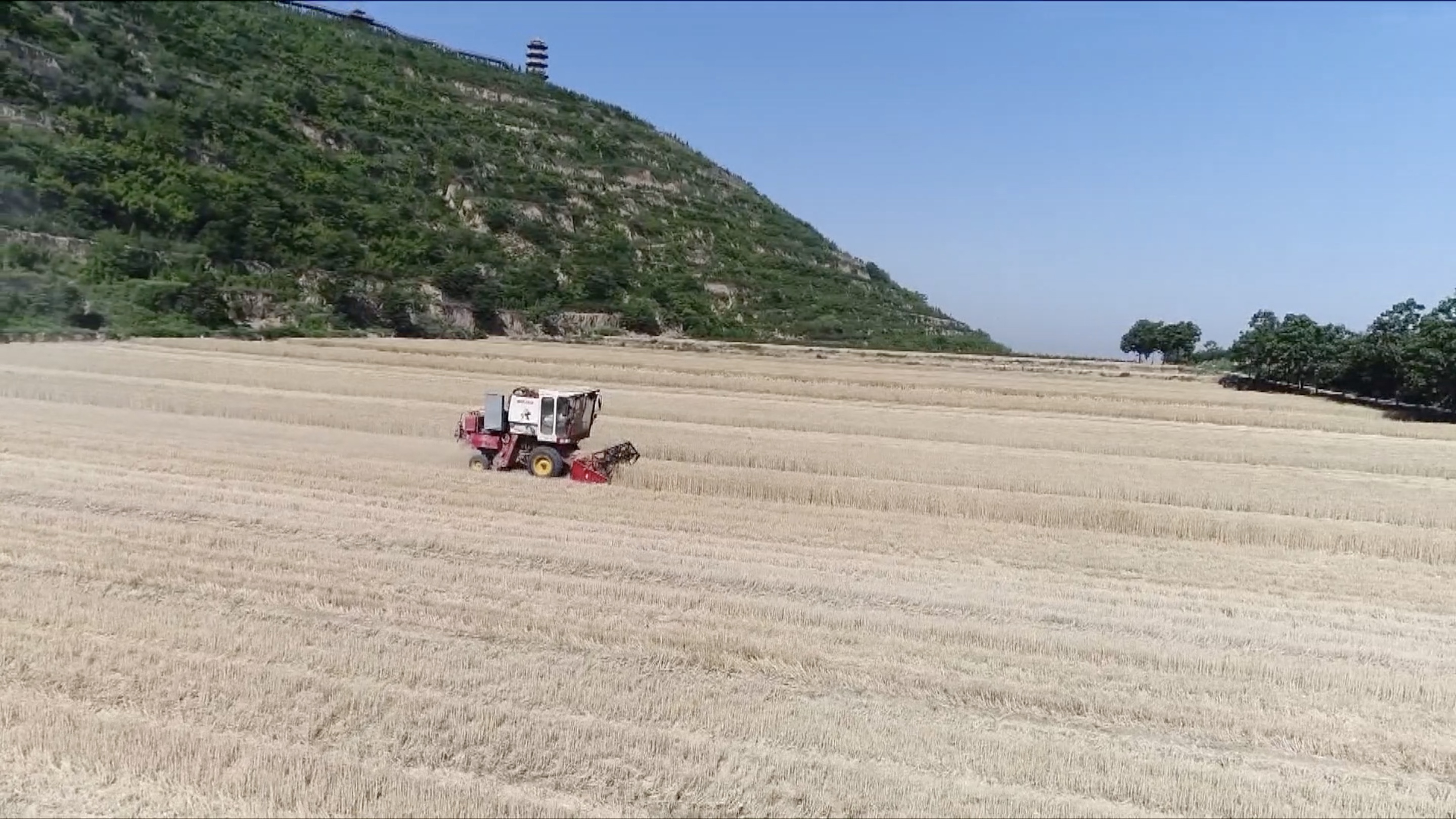 China is the world's largest wheat producer and consumer. Its wheat yield last year came up to more than 130 million tons, with over 5,400 kilograms produced per hectare. That's seven times more  than 70 years ago.

But there are still concerns with wheat and other crops.

"When it comes to quality, there is still a huge space for improvement. We need to keep on working on this," Wang said.

For a country that feeds 20 percent of world population with only 8 percent of world's arable land, it's still too early to tell if the country can maintain its food security. But great changes have been made and huge efforts are on the way, not only for China but also for the whole world.