Asia's longest river the Yangtze River has been nurturing Chinese for 5000 years. Forbidding terrain across its river basin used to be inconvenient for transportation. Since the founding of the People's Republic of China in 1949, 100 passages have been built across the Yangtze River.

The Wuhan Yangtze River Bridge was the very first bridge built on the river. Opened on October 15, 1957, it was the first double-deck bridge in China, with a highway on the upper level and a railway line on the lower one. The bridge is so designed that ships can sail underneath the giant structure. 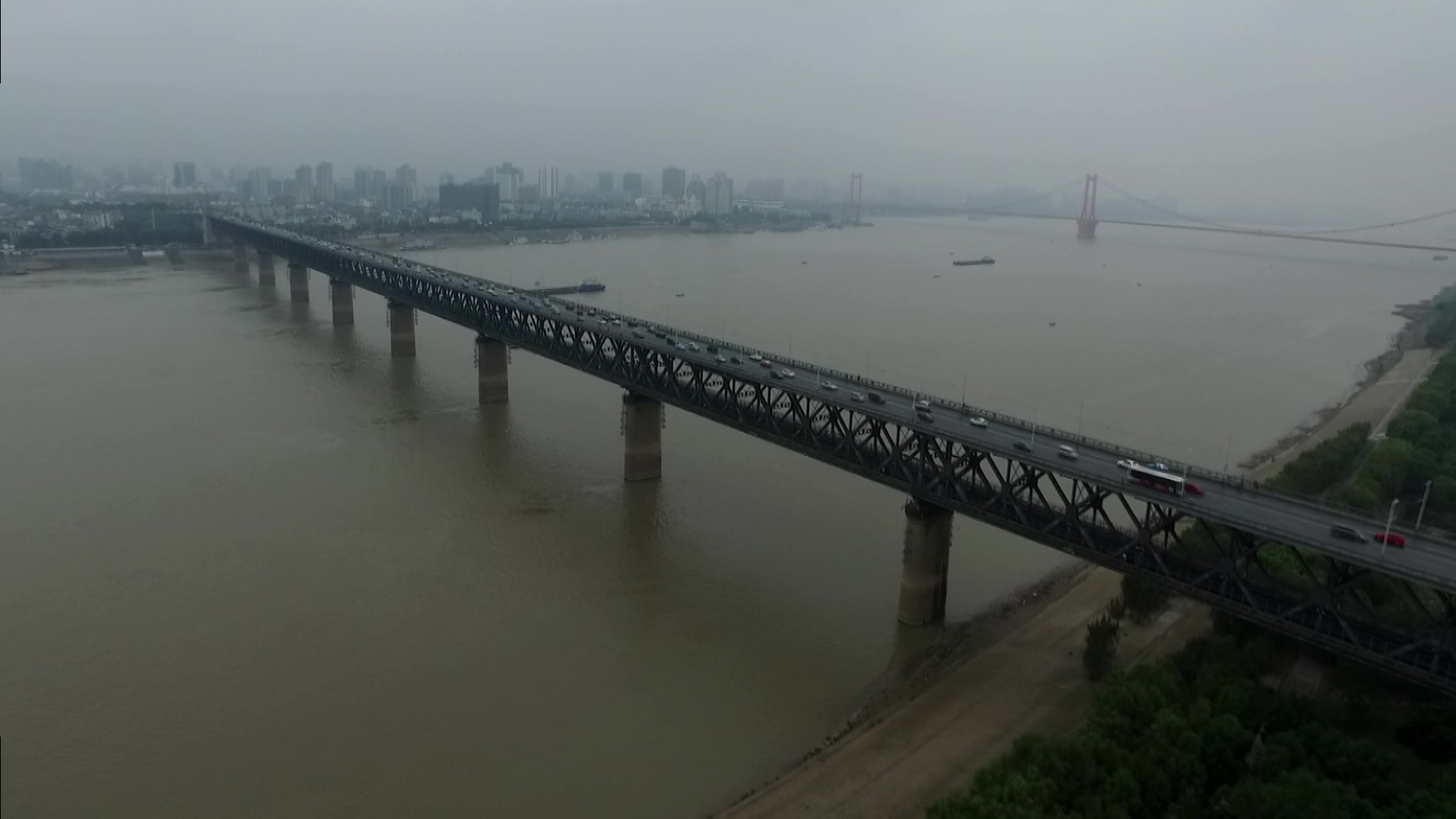 Wuhan Yangtze River Bridge is the first bridge built on the river in China. /CGTN Photo

Wuhan Yangtze River Bridge is the first bridge built on the river in China. /CGTN Photo

Chen Qingming, 38, is a member of the maintenance team for bridge. The magnificent structure is more of an affectionate bond between three generations of his family. His father and grandfather both worked on the bridge for decades. His grandpa, Chen Dequan, participated in the construction as well as one of the bridge's first group of maintainers.

"Building the Wuhan Yangtze River Bridge was our dream," Chen Qingming's father, Chen Xingguo recalls. Before the bridge was built, ferries served as the only way of cross-river transportation, which was inconvenient in many aspects. "We crossed the river only when it was badly needed." 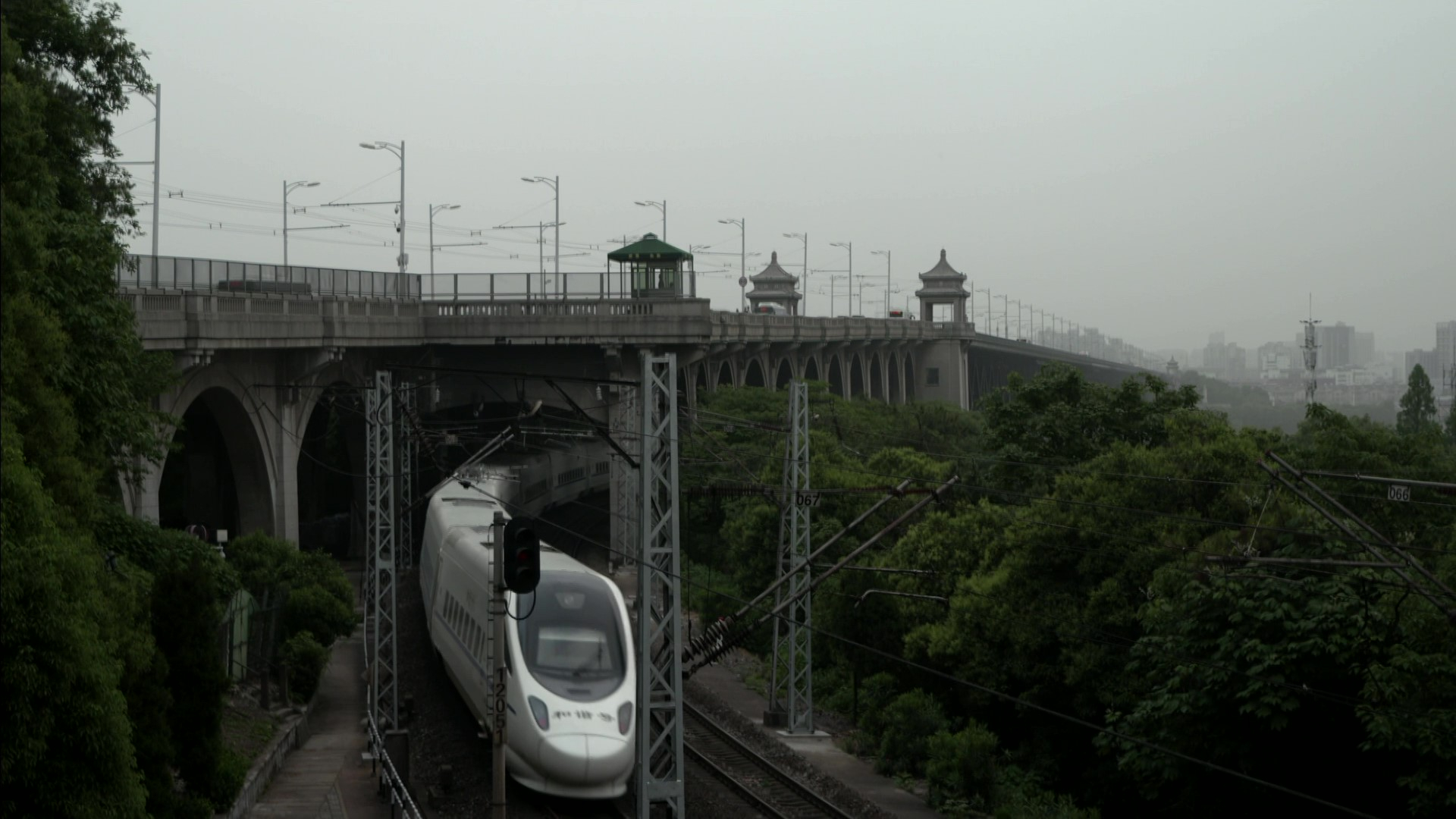 The construction of the bridge started in 1955. Things weren't going smooth due to the underdeveloped technology and the lack of references, plans and exploration. The government hired many experts and technical talents for the project. Great endeavors have been made to build the bridge and the centuries-old dream finally came true. Chen Qingming's grandfather became a maintainer after the bridge was put into use. Years later, his spiking hammer has been passed on to Chen's father, then to Chen Qingming himself. 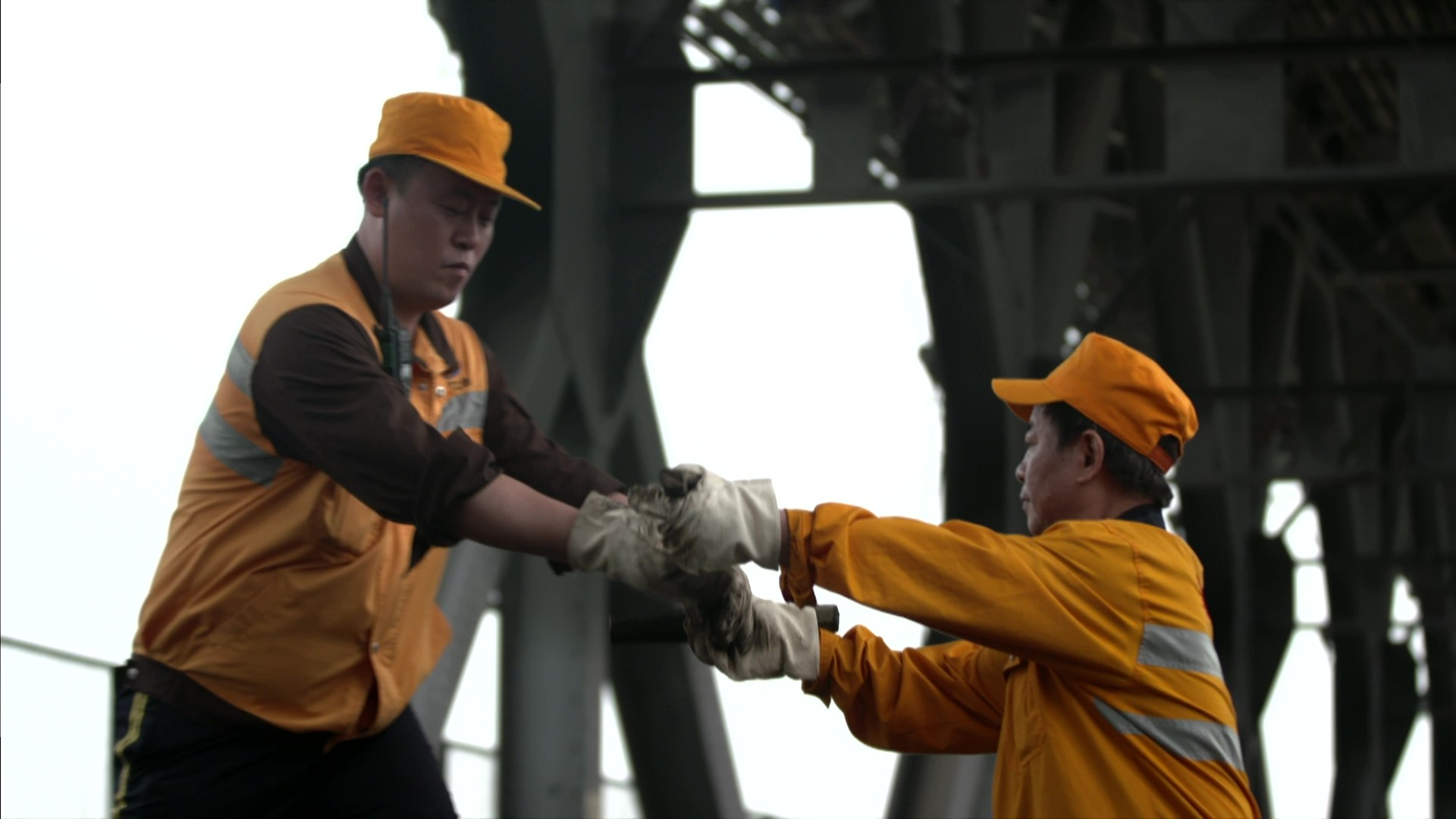 Chen Qingming and his father are seen holding a spiking hammer that is used in the bridge's maintenance. /CGTN Photo

Chen Qingming and his father are seen holding a spiking hammer that is used in the bridge's maintenance. /CGTN Photo

"My father said that Chinese people emptied their purse to build the bridge, and that we are its 'nannies,' we ought to take good care of it," Chen Qingming recalls.

Bridge maintainers are often seen as "leisurely strolling" on the bridge. But the truth is a different story. The job itself changes with the weather and seasons. From May to November in Wuhan, paintwork can be done. Workers sand blast the upper part for rust cleaning. In winter, the bridge sleepers and other wooden structures receive anti-corrosive treatment. The drainage function of the piers is inspected in spring.

The daily work also includes repairing equipment, replacing parts and polishing rail joints. Limited technology in the '70s and '80s resulted in most work being done manually. Chen Qingming's father used to shoulder sleepers of 100 kilograms. Chen Qingming is used to mechanized operations, but that doesn't mean the work is easier. The number of trains have increased from dozens to over 200 a day and maintenance standards have reached a new, higher level. The quality of their work is now measured digitally and there is no tolerance for errors.

The mechanized operation on the bridge. /CGTN Photo

The mechanized operation on the bridge. /CGTN Photo

In the past 70 years, Chen's family has witnessed the development of the bridge, the upgrades in technology and thus the rise of China. The Wuhan Yangtze River Bridge is a cause with a sense of nostalgia for the bridge maintainers. They have striven throughout their career, demonstrating the perseverance and ingenuity of the Chinese people.