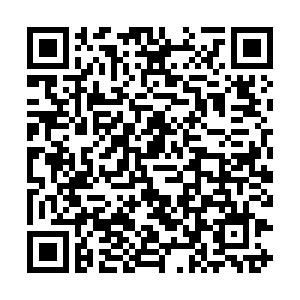 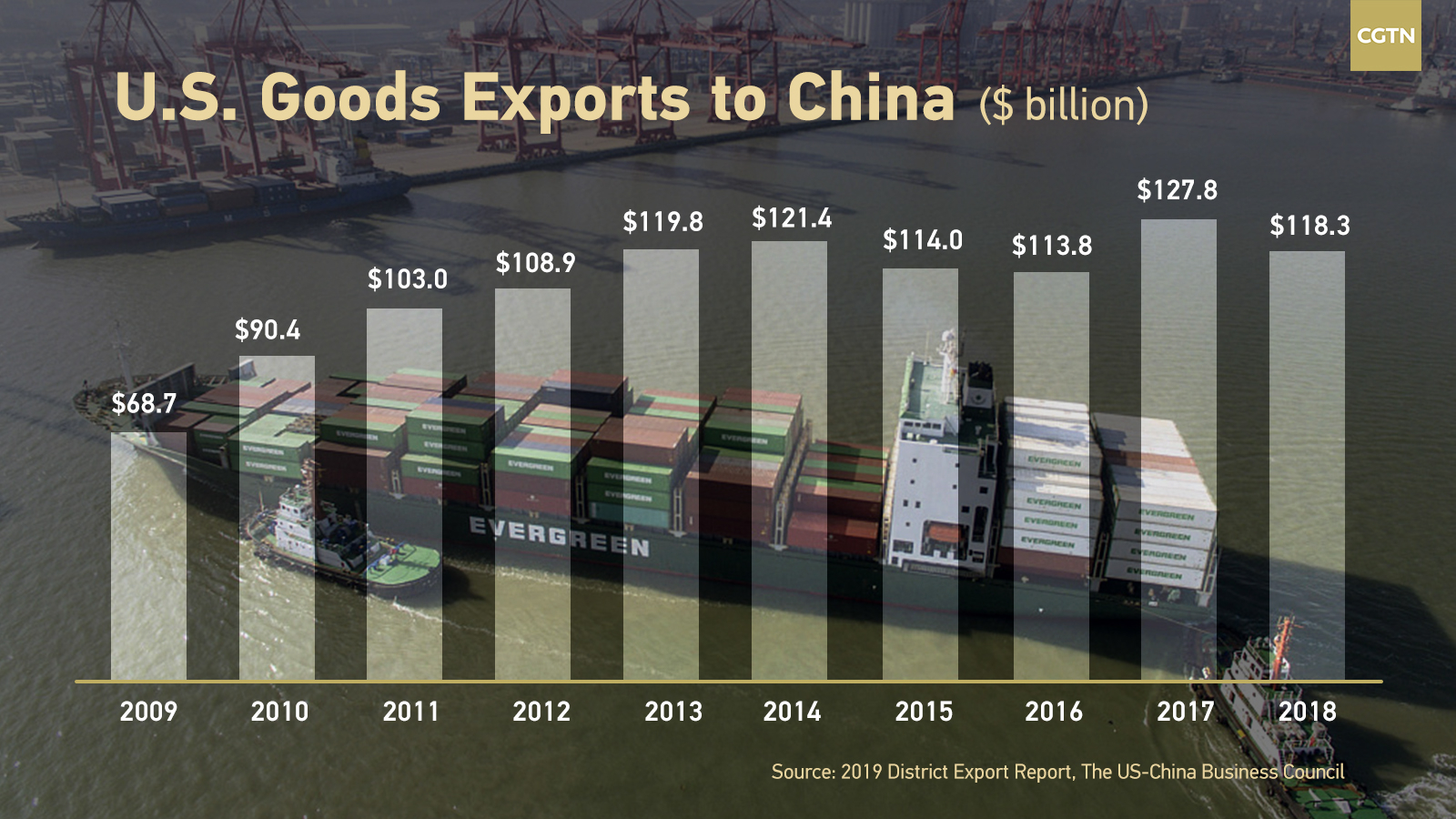 The value of the U.S. goods exports to China in 2018 totaled 118 billion U.S. dollars, down 7 percent from the previous year, according to a report released Thursday by the U.S.-China Business Council (USCBC).

"Cities and states across the United States, as well as businesses that pay taxes and employ people there, continue to suffer, especially from loss of sales as a result of punitive tariffs," USCBC President Craig Allen said in a statement.

"Since these data were collected in 2018, the results today are even worse when you include additional rounds of tariffs since January, with more yet to come," Allen said.

The report showed that 265 congressional districts saw lower goods exports volumes in 2018 than in 2017, and another 61 districts saw less than 10 million U.S. dollars in export growth in the same period.

Districts dependent on agricultural exports saw sales to China "shrivel" as a result of the ongoing and deepening trade conflicts between the world's two largest economies. Midwestern and Plains districts that export significant quantities of soybeans and other agricultural products were "hit particularly hard," the report said. 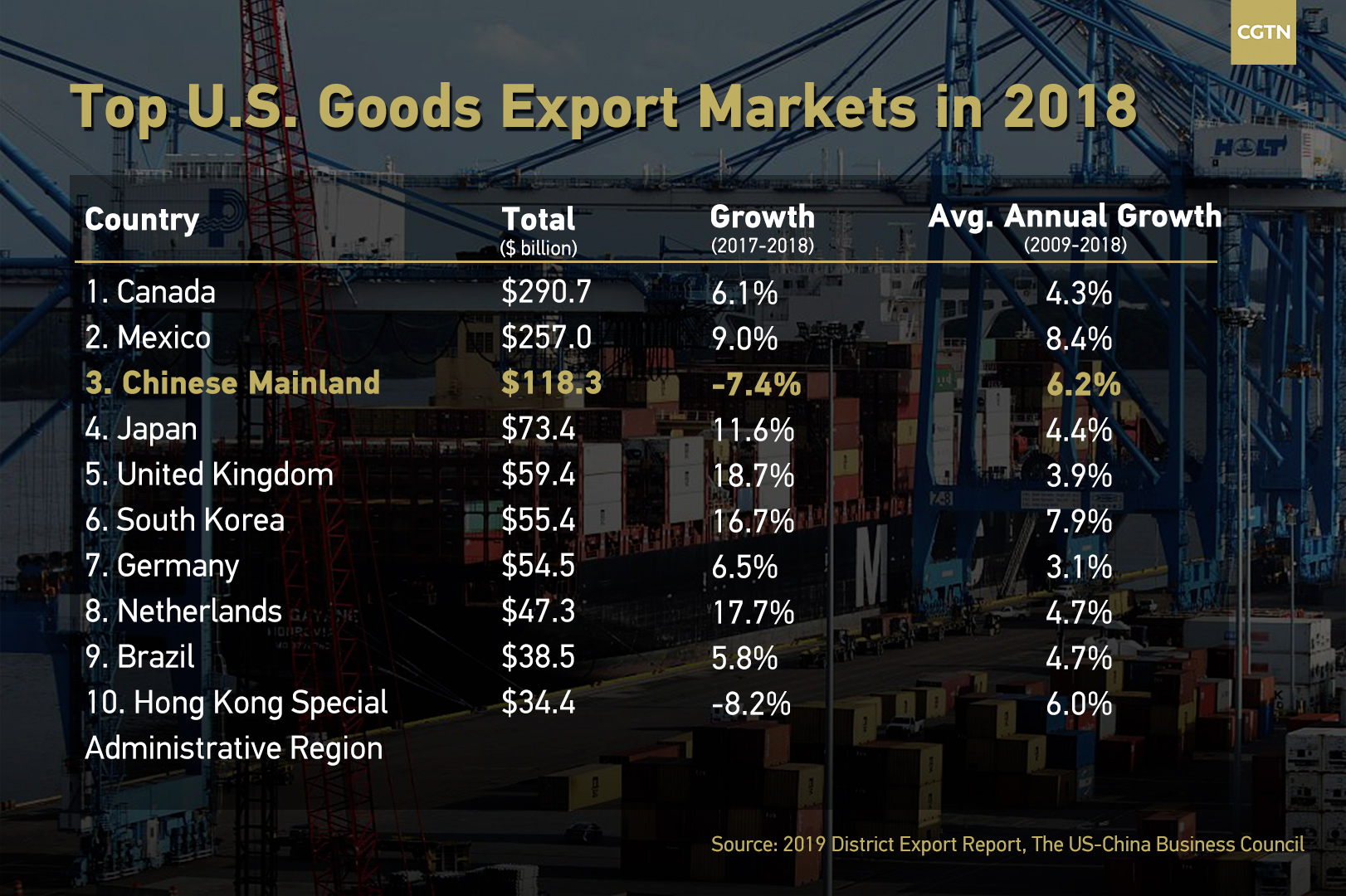 Despite the drop, China remains the third largest market for U.S. goods exports after Canada and Mexico. About 1.1 million U.S. jobs are dependent on the exports to China, according to the report.

"Most Americans are not aware of how interdependent the two economies are," Allen said. "We read about increased prices for many consumer goods, but we often don't realize that a drop in demand can eliminate well-paid local jobs."

The USCBC continues to call on both countries to return to the negotiating table to address structural issues in bilateral trade relations and lift punitive tariffs, said the statement.