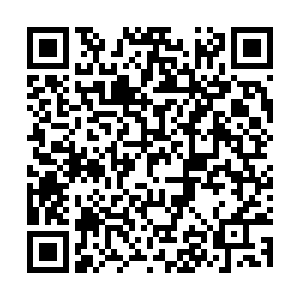 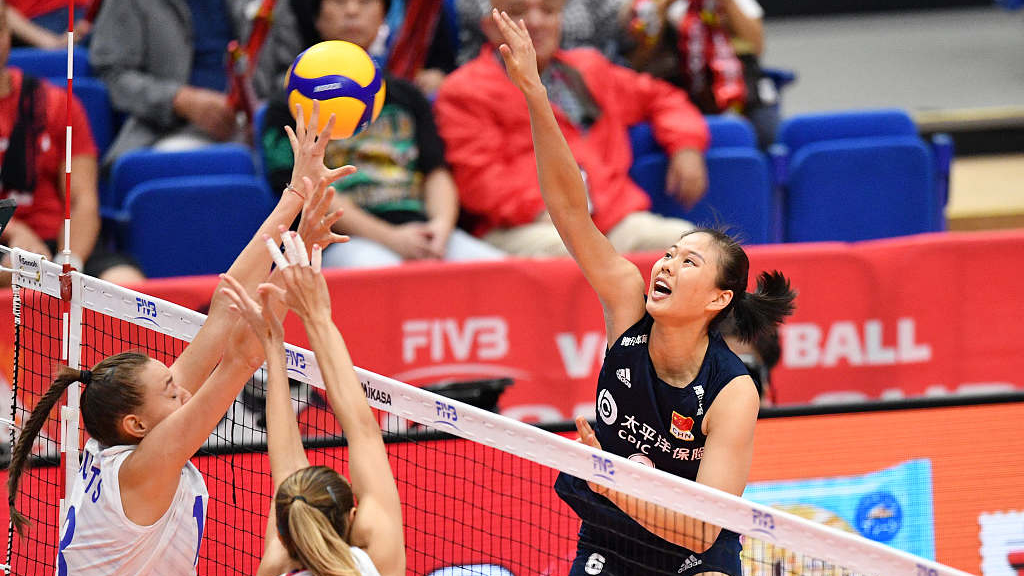 Chinese team captain, Zhu Ting, returned to China's starting line-up, after she rested for the match against Cameroon, and scored 22 points, securing the most points in the match, followed by Zhang Changning with 17, and Yuan Xinyue, 10.

Across the net, Irina Voronkova had a team-high 11 points for Team Russia, while Nataliya Goncharova, who had 31 points in her team's 3-2 victory over Japan earlier on Sunday, achieved nine points.

The match was intense from the beginning with Voronkova firing for Russia while the Chinese team took a bit of time to find their own tempo. The deadlock was broken after Zhang Changning scored four points in an 8-1 run to help China into an 18-12 lead.

China had a dream 8-2 opening in the second set. Although Voronkova and Kseniia Parubets gave China's defense a stern challenge, Team China still sealed a win with Zhu Ting earning four points straight at the end of the set.

The Chinese team exhibited stable performance in the third set, claiming a win by 25-18.

The match took one hour and 18 minutes.

"We prepared well for this match, especially with the first serve and reception. Our performance was fine today on these two," said Chinese head coach Lang Ping.

"We will take this competition as an opportunity to test our own strength as we prepare for the Olympics," said Russia captain Evgeniya Startseva. Both Russia and China secured places at Tokyo 2020.

China will play with the Dominican Republic on Wednesday while Russia will be facing South Korea next.

( With input from agencies)