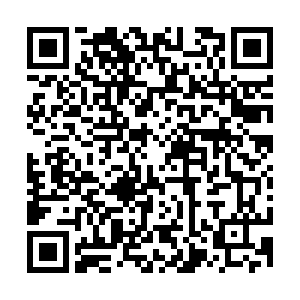 The highest tidal bore reached 1.28 meters on Sunday. It ran towards the Laoyancang dam, hitting the dam and creating great waves.

Thousands of visitors captured the moment with cellphones. 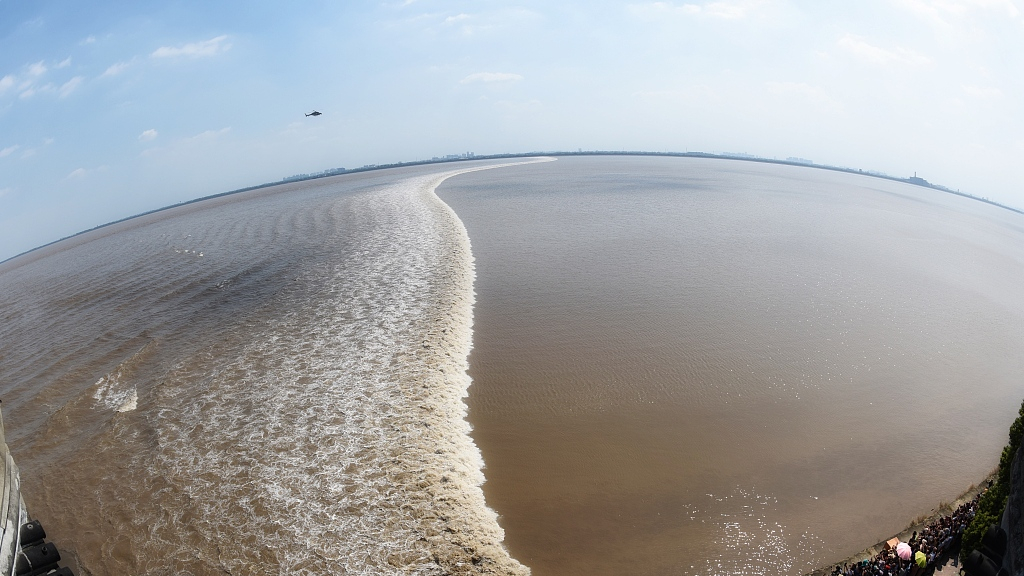 Qiantang River is known for the world's largest tidal bore, which is locally called the Silver Dragon.

The best time of year to see the Qiantang tidal bore is midway through the eighth month on the Chinese lunar calendar, often during the Mid-Autumn Festival. 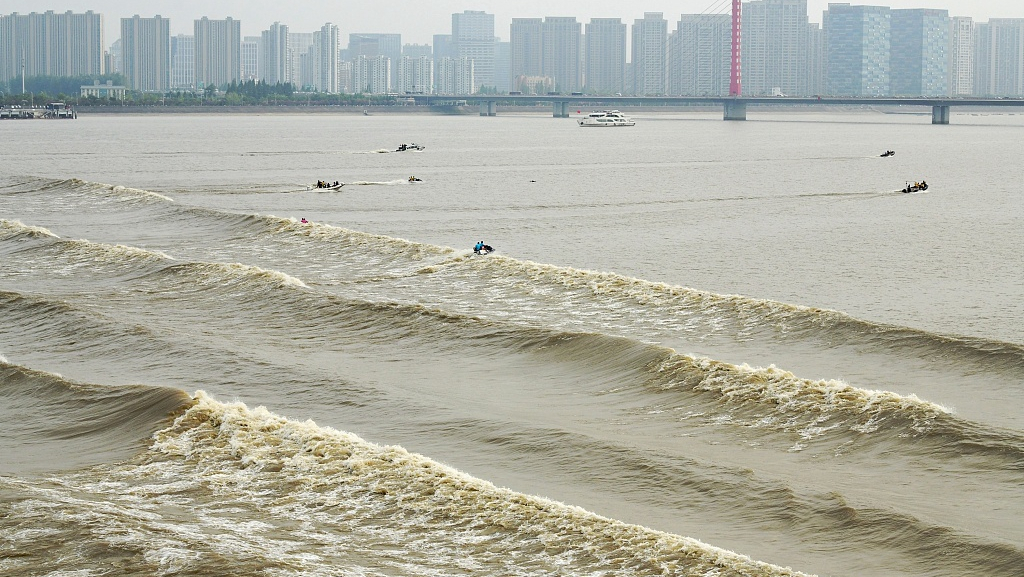 The tidal bore is caused by the gravitational pull of the stars and planets. The centrifugal force produced by the rotation of the earth and by the trumpet shape of Hangzhou Bay makes it easy for the tide to come in, but difficult for it to ebb.

Besides, the southeast or east wind along Zhejiang’s coastal area makes the tidal bore stronger, as the direction of the wind is similar to that of the tide.