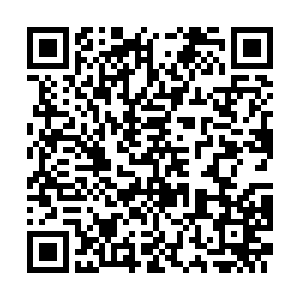 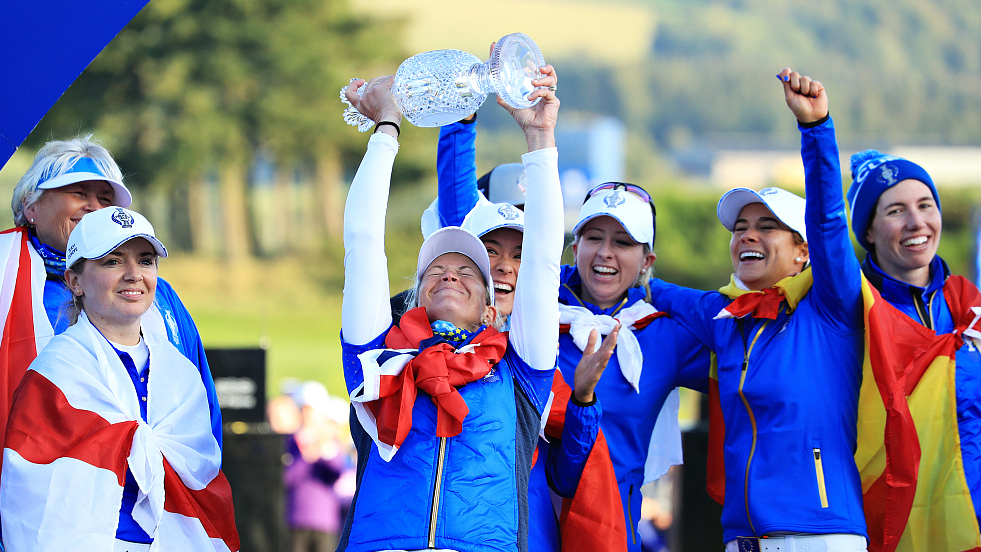 Europe's women reclaimed the Solheim Cup in the most thrilling fashion imaginable on Sunday with Norway's Suzann Pettersen sealing a 14-1/2 to 13-1/2 win over the U.S. with the final putt of the three-day battle around Gleneagles.

With the final day beginning level at 8-8, Juli Inkster's American side edged their way toward the 14 points they required to keep their hands on the trophy.

They needed just a half point from the last three of Sunday's singles matches still out on the course but Europe, who last won it in 2013, staged a remarkable fightback.

Anna Nordqvist finished off Morgan Pressel 4&3 to close the gap to a point at about the same time that Bronte Law drilled in a 20-foot birdie on the 16th to go two up on Ally McDonald.

Law duly completed a 2&1 victory on the 17th and sprinted down the 18th fairway just in time to see Pettersen, a surprise pick by Europe captain Catriona Matthew, hole an eight-foot birdie putt after a sensational approach shot.

Pettersen's opponent Marina Alex had moments before missed a birdie putt which would have guaranteed the half point that would have been enough to deny Europe.

It rolled by, however, and in suffocating tension Pettersen sized up her putt before sending the ball straight into the middle of the cup, sparking delirium around the course. 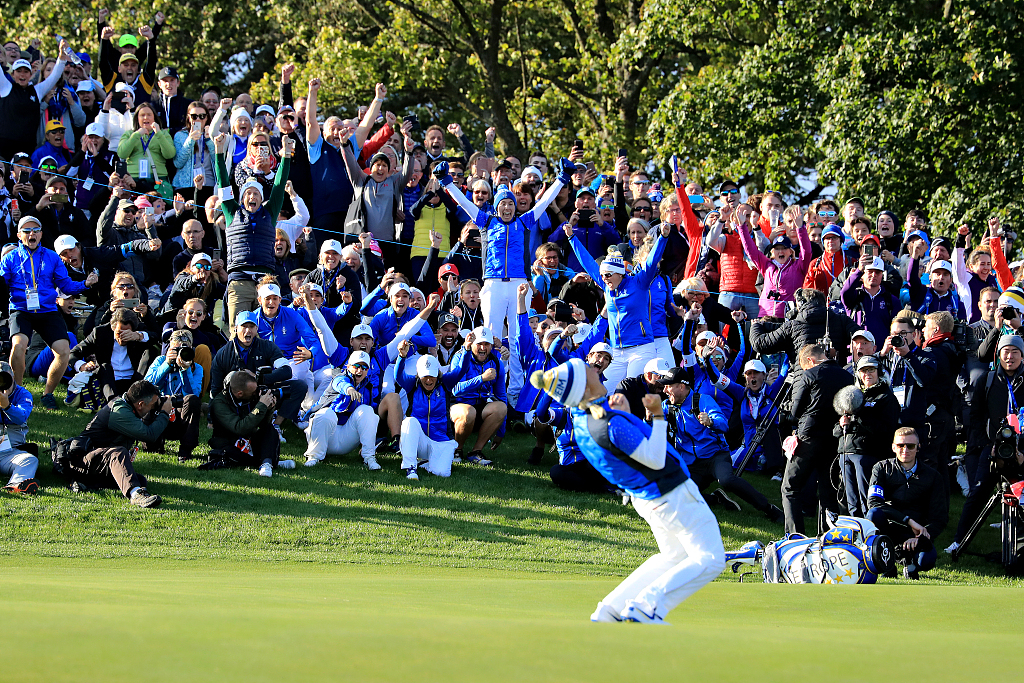 "Just unbelievable! There's never been a better moment. For it to come down to the last game... the Americans played great as well but for Suzann to get the winning putt is phenomenal," a breathless Matthew said.

"Half-an-hour ago it looked like a draw would be a good result but those last three games were crucial. Just fantastic. I had faith in Pettersen all the time. This is the best moment, nothing tops this. There's going to be a party!"

Pettersen, 38, was originally selected as a vice-captain after taking time out in November 2017 to have a baby but returned this year and was given the nod for her 10th Solheim Cup appearance.

Pettersen, who confirmed she was retiring from the game, did not even know her final putt was to win the trophy.

"In your wildest dreams, I never thought I'd do this again. But you've got to grab the moment and trust that you are good enough.

"This is just a fantastic win for the team. I didn't feel much pressure, I knew my teammates wanted me on the team.

"This is the perfect end to my career." 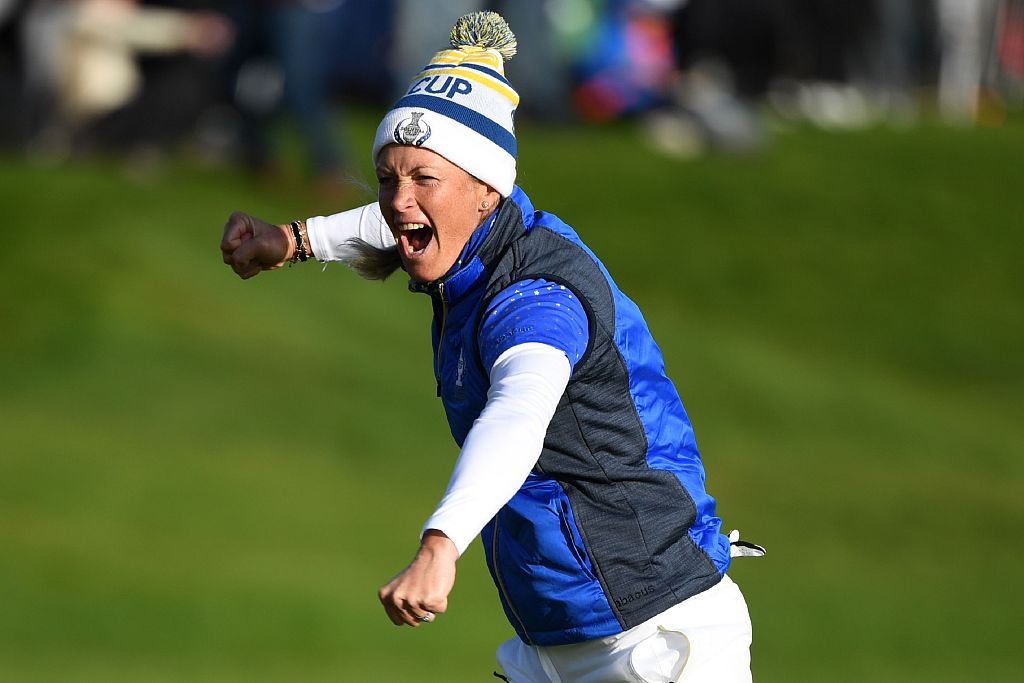 Throughout an afternoon of ebbs and flows it always looked as though the Americans would scrape home, even when Europe claimed three of the first four points of the afternoon with wins for Carlota Ciganda, Georgia Hall and Celine Boutier.

Hall's win typified Europe's spirit as she came back from a two-hole deficit against world number three Lexi Thompson to win 2&1 and deliver her fourth point - a feat matched by Boutier.

The scoreboard then began turning American red though as rookie Brittany Altomare completed a 5&4 rout over Jodi Ewart Shadoff and Angel Yin edged out Azahara Munoz 2&1.

Jessica Korda, whose sister Nelly had won a point earlier, edged the U.S. into a 12-11 lead when three birdies in five holes helped her to reel in Germany's Caroline Masson.

Megan Khang won the 18th to halve with Charley Hull and the experienced Lizette Salas beat distraught Dutchwoman Anne van Dam on the 18th to put the Americans on 13.5 points.