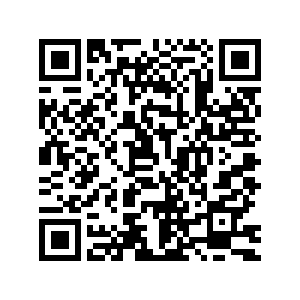 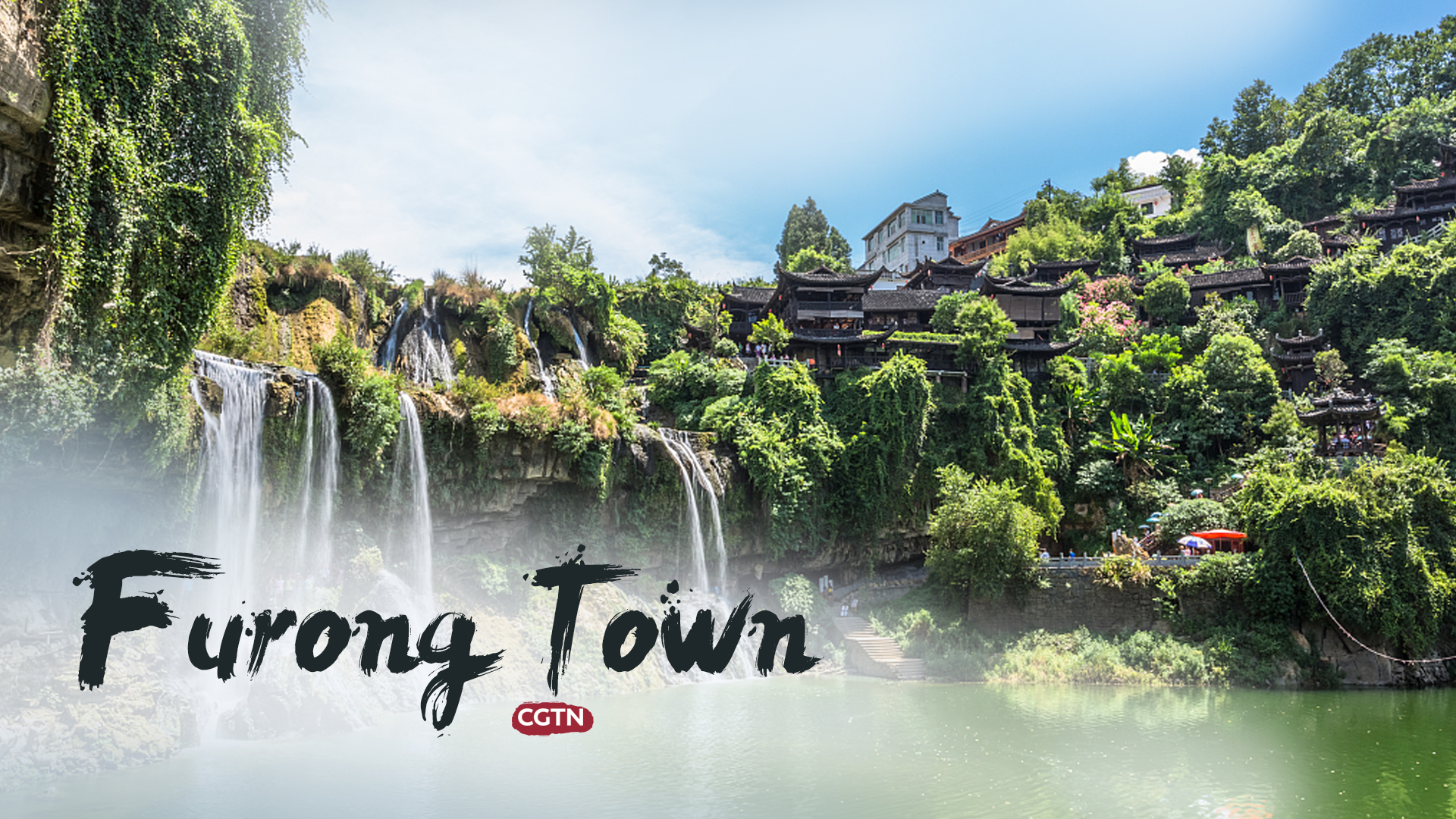 Halfway between the popular tourist destinations of Fenghuang County and Zhangjiajie in central China's Hunan Province lies a small town that has been standing there for over 2,000 years. This episode of "Ancient Charm of China" invites you to what people usually call "an ancient town hanging on the waterfall."

Furong Town is also known as Hibiscus Town. As its nickname suggests, the most impressive sight here is the 40-meter-wide and 60-meter-high waterfall as well as the ancient buildings constructed above the cliff, a scene rarely seen in the cities. Visitors can even hear the soothing waterfall sound from 10 miles away. 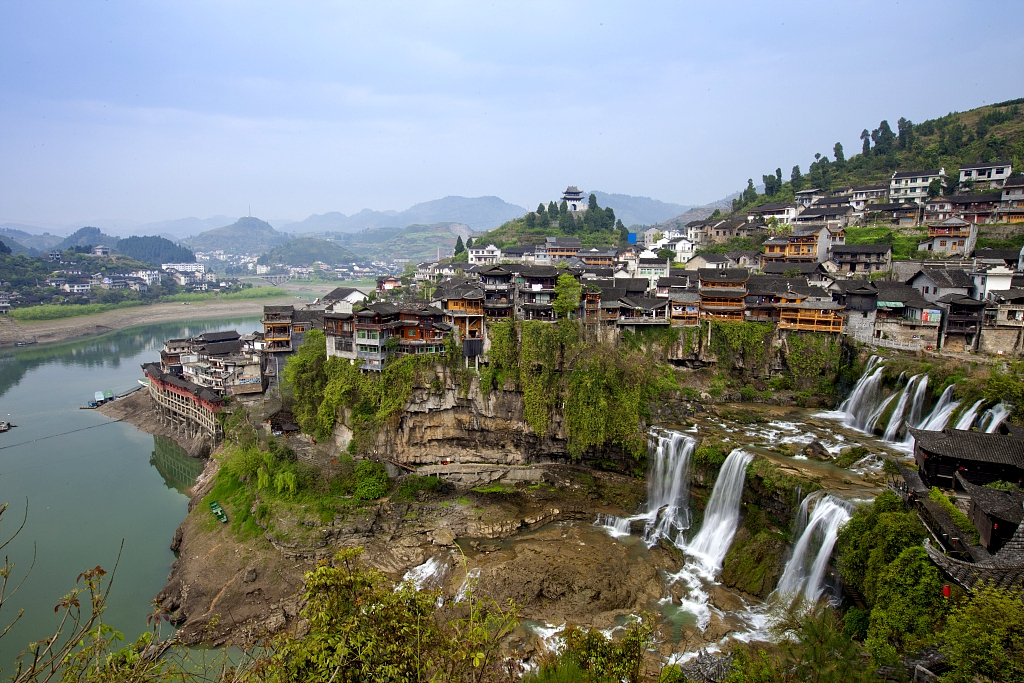 The buildings perched on the cliffs are Diaojiaolou, typical residential houses built by ethnic Tujia people. Soldiers once lived there in the past to defend the invaders. Nowadays, a mix of Tujia, Miao and Han people reside here. If time allows, you can stay at one of those local houses and experience the tranquility that it has to offer.

The town was originally called Wangcun Village. Then it was renamed after a successful Chinese movie Hibiscus Town in 1997, which was filmed here, starring Chinese renowned actor Jiang Wen and actress Liu Xiaoqing. The most well-known local delicacy, Rice Tofu, can also be traced in the film.

There are quite a few attractions you shouldn't miss. Wuli Slate Street is a 2,500-meter-long winding street paved with green flagstone. Traditional shops and wooden houses are lined on both sides of the street, ready to take you back to the old days. 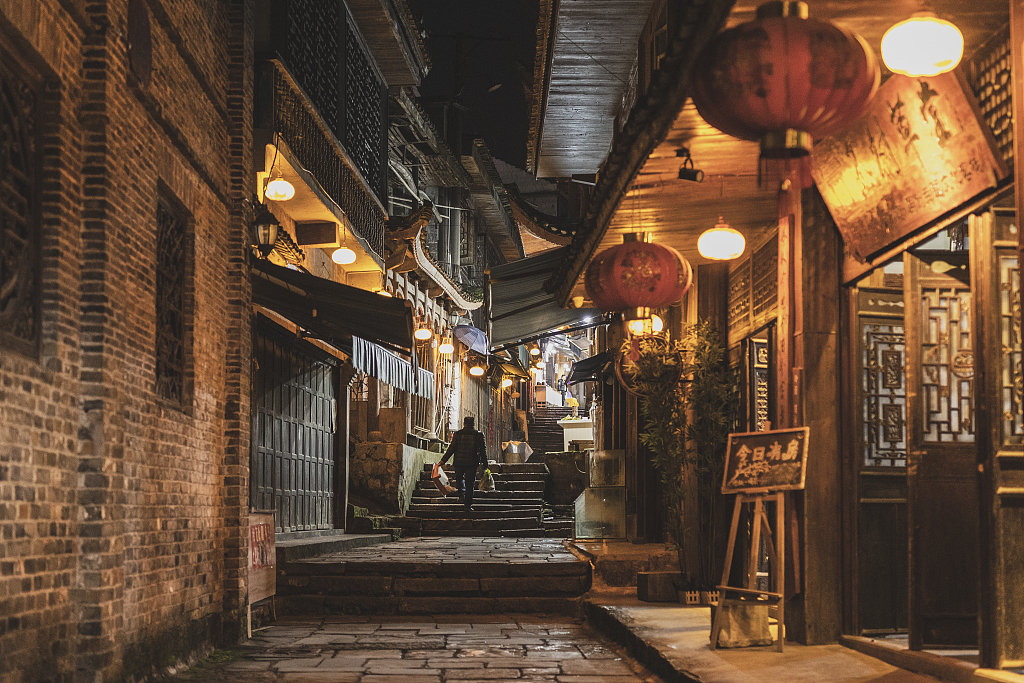 At the entrance of the waterfull, there is a rock cave – the relic site of early Tujia people who arrived here to escape the war. Though the cave is now much eroded by water, visitors are still amazed by how big the cave was to hold thousands of people back then.

Another hot spot is Xizhou bronze pillars erected on the lower reaches of Mengdong River. The 2,500-kilogram pillars witnessed the agreement of ceasefire between two states of Chu and Xizhou in history. The original pieces corroded long time ago. What people see today is a dupilication, symbolizing peace. 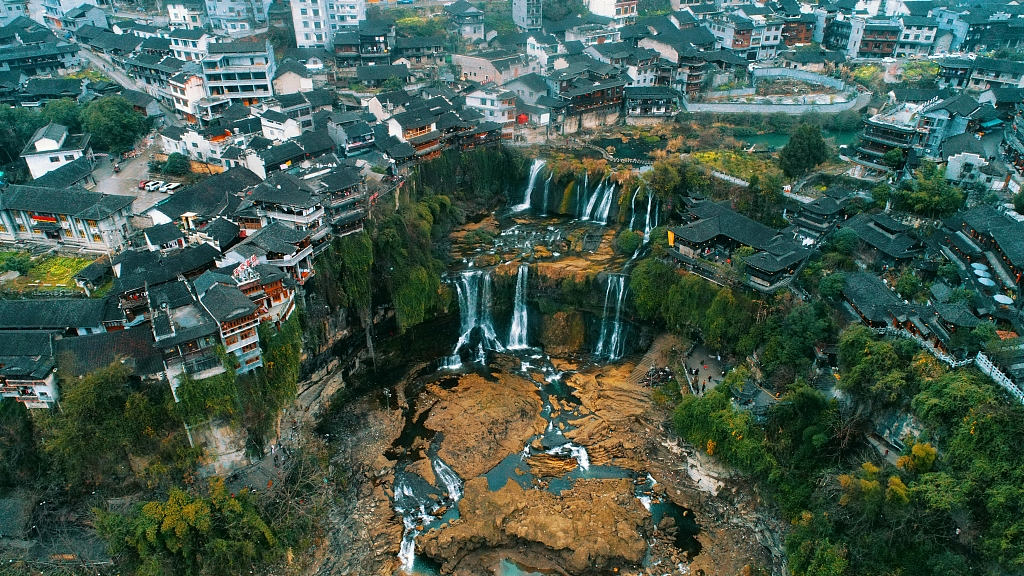 Tujia ancestors' cave relics can be found at the entrance of Furong Waterfall. /VCG Photo

Tujia ancestors' cave relics can be found at the entrance of Furong Waterfall. /VCG Photo

Transportation: Take the direct shuttle bus from Zhangjiajie Railway Station, which takes 1.5 hours to the destination. Or take the bus from Fenghuang County. It makes a wonderful stop for your tour itinerary of Zhangjiajie-Furong Town-Fenghuang Old Town-Changsha in Hunan Province.

Best time to visit: All year round