From the soil: How one village cut poverty through flowers
In the Field 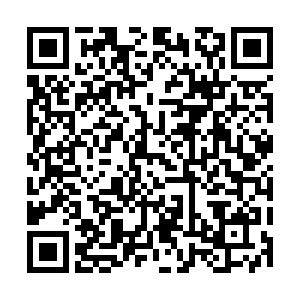 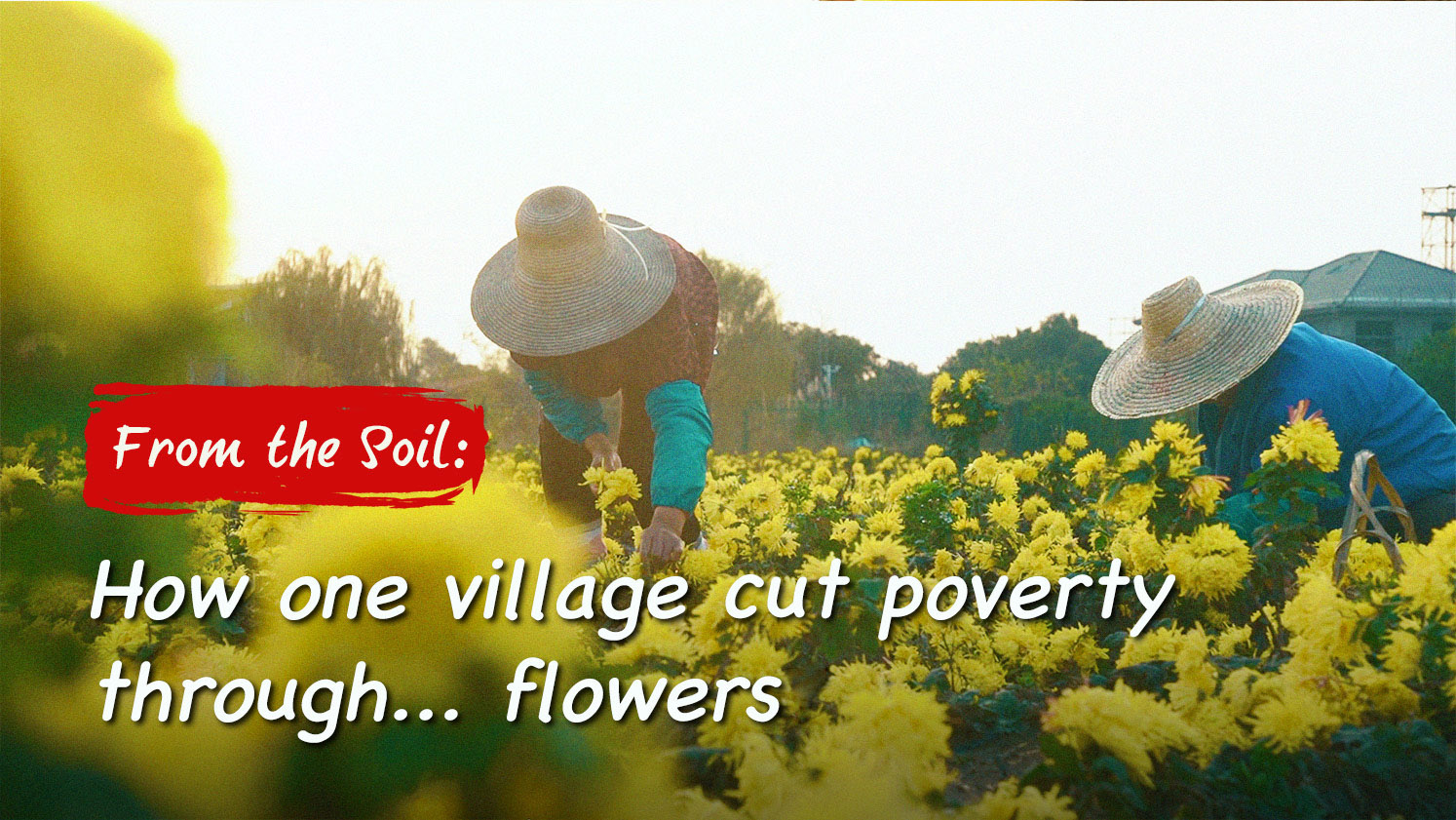 Editor's note: Poverty reduction in rural areas has been enormously challenging worldwide, and China is no exception. In this five-episode video series "From the Soil," CGTN has invited development experts to make an on-the-spot investigation in China's rural regions to see China's ways to reduce poverty and examine whether they can shed light on the global poverty alleviation work. In the first episode, Hannah Ryder, CEO of Development Reimagined heads to Shanlian village in Jiangsu Province. The views expressed in the video are her own and not necessarily those of CGTN.

I'm Hannah Ryder. I’m here to dig deeper into a story on an issue I've been working on for close to 20 years: global poverty reduction. And a small village called Shanlian might just hold some important lessons for the whole world.

I'm in the eastern part of China on the outskirts of Wuxi city in Jiangsu Province. And the village I'm going to is less than 1 percent of the size of Beijing. Or, in my home country, half the area of the Dadaab refugee camp in Kenya.

The village has a population of over 7,000, and little over a decade ago was among Jiangsu's poorest with per capita income of under 4 U.S. dollars a day. By 2017, it had more than tripled that per capita income to over 13 U.S. dollars a day. By any standard, this is an amazing success story. I want to know its secret and whether there are lessons for elsewhere in the world – in particular Africa. African countries have tried several ways to escape poverty.

Back in the 1960s and 1970s, Tanzania created 2,500 "Ujamaa villages," which had a very positive effect on infant mortality and education, but it also crippled industry and infrastructure and became so controversial they had to be overturned.

Much later, the Millennium villages project initiated in 2005 by the then UN Secretary General Kofi Annan and Jeffrey Sachs, was a 10-year multisector rural development program, operating across 10 sites in 10 African countries, with at least 25,000 people in each, to achieve the Millennium Development Goals. Trials have shown that these villages had large positive impacts on agriculture, nutrition, education, child health, HIV and malaria, and sanitation. But ultimately, the improvements in income were insufficient to break the poverty trap. The population in the villages remained poor.

So, how has Shanlian here in China escaped that trap? A chance conversation with my driver on my way there might just hold the answer.

The Chrysanthemum flower was introduced by the village chief surnamed Wu back in 2006. It is a really important cash crop which can be sold fresh. The trouble with cash crops is that their prices can fluctuate wildly, and one bad harvest can throw farmers straight back to poverty. I know this from my experience in African countries where they have promoted cash crops, and it has failed to solve poverty. So, what has China done differently? 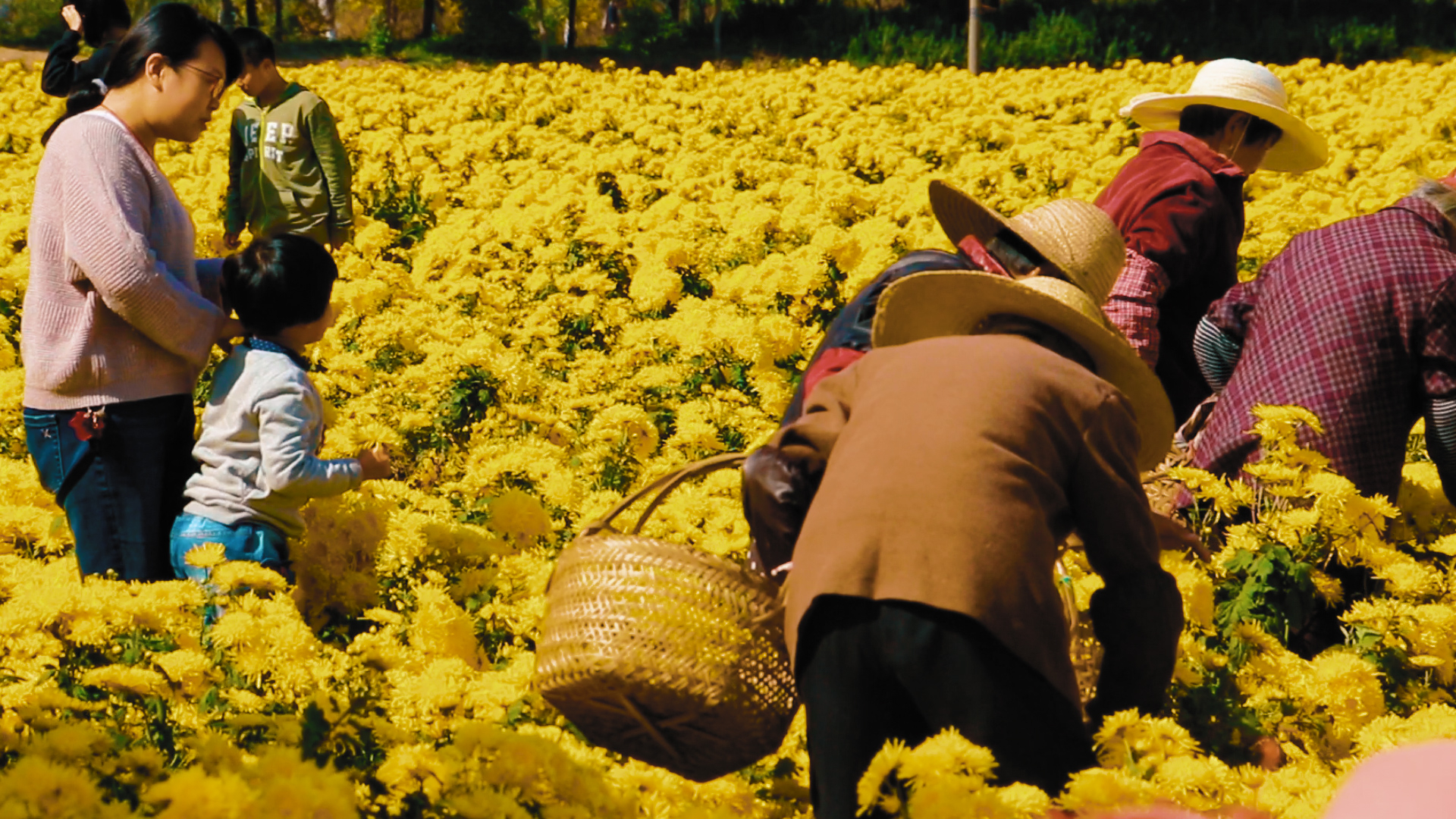 Importantly, in China, they realized the problem with cash crops is normally you are only growing one type of industry, and that makes you vulnerable. What they've done here is grow another industry at the same time: tourism.

Indeed, as incomes – and inequalities – rise across China, internal tourism has become a crucial part of China's poverty reduction strategy. The China National Tourism Administration estimates that the tourism industry will help a whopping 17 percent of China's poor lift themselves out of poverty by 2020.

In Shanlian, one million visitors were recorded last year. But once the village has attracted the tourists, the question is, how do you make the most out of them? One way is feeding them.

So, the idea is that tourists will come here and pick their vegetables to eat for lunch. They were all organically grown. Back in 2009, a graduate official Zhu Hong introduced the first of these rural restaurants. Now, there are 35 in Shanlian. But they aren't stopping at rural restaurants.

Here we are at Shanlian's newest tourist attraction, the black-topped boat, and it's been open since April this year. This should be what the boat looks like in the middle of autumn and spring, the busiest time here in Shanlian for tourists. The tourists come from Shanghai and Suzhou, nearby city people coming here for a weekend, trying to get away and relax in this perfect, beautiful and tranquil place. 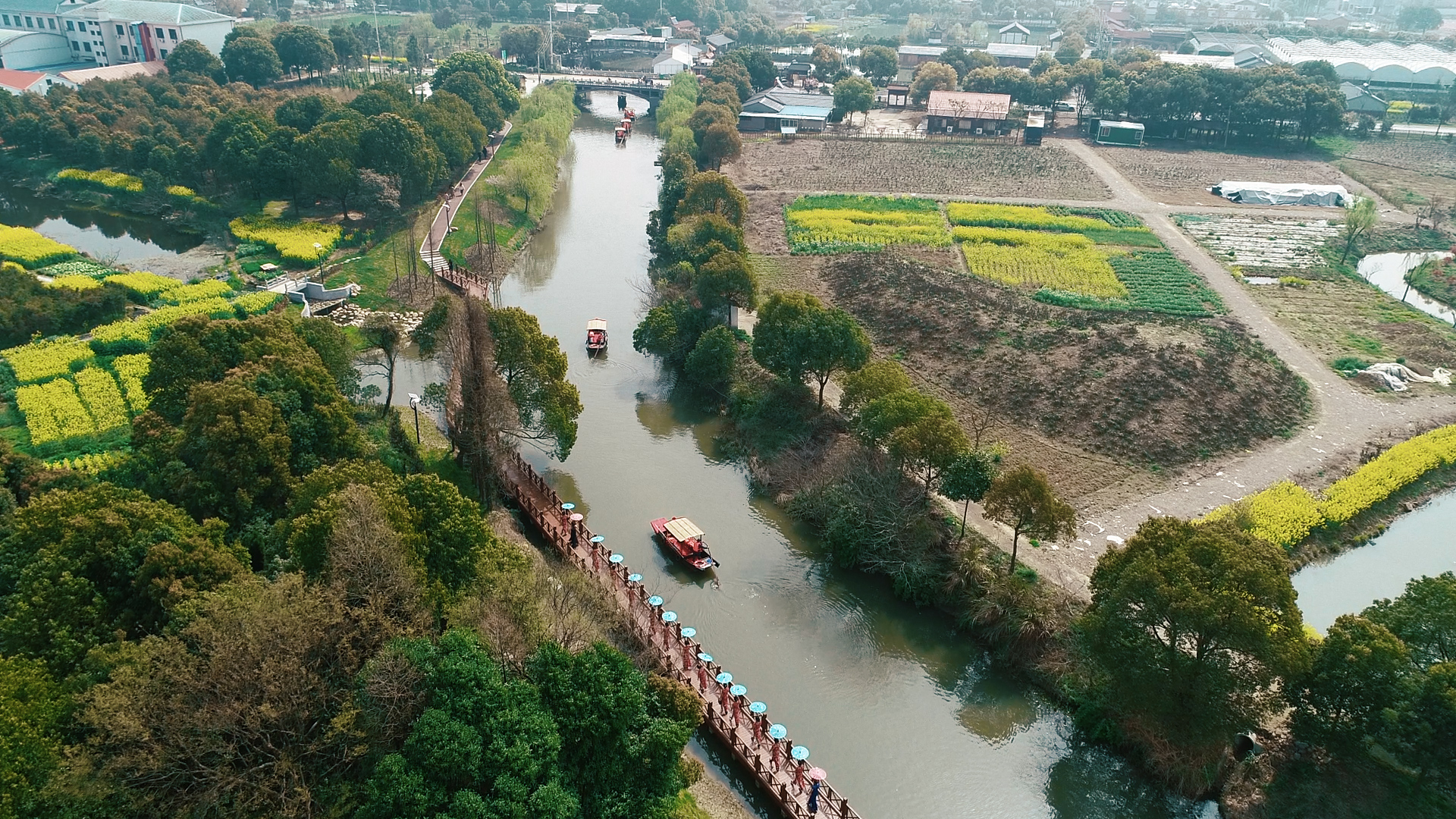 An aerial view of the black-topped boat attraction in Shanlian.

An aerial view of the black-topped boat attraction in Shanlian.

By processing the chrysanthemum and making a whole range of products, they are diversifying all the possible ways they can make money from the crop. That's a lesson I feel other African countries can learn from and emulate.

So, where have these ideas in Shanlian come from? Are they government-driven? Or, is it just the luck of the draw? Well, not really either of these. Ye who has been showing me around is a "graduate official," one of 130,000 across China who have been given leadership roles in their villages and are bringing new ideas and innovations to help transform lives

The latest trend is in improving internet access. Few villages in poor countries have paved roads, let alone the internet, but not here. The government now aims to ensure 4G internet is accessible to more than 98 percent of its villages by 2020 – that's next year.

The big idea behind this is not about information; it's about efficiency. Linking everything up to the internet (IoT) – it’s called the internet of things. Accenture estimates that IoT could add about 500 billion U.S. dollars to China’s cumulative GDP by 2030, and even in small villages, IOT investments are relevant. I’ve seen examples of what that means in practical terms here in Shanlian. 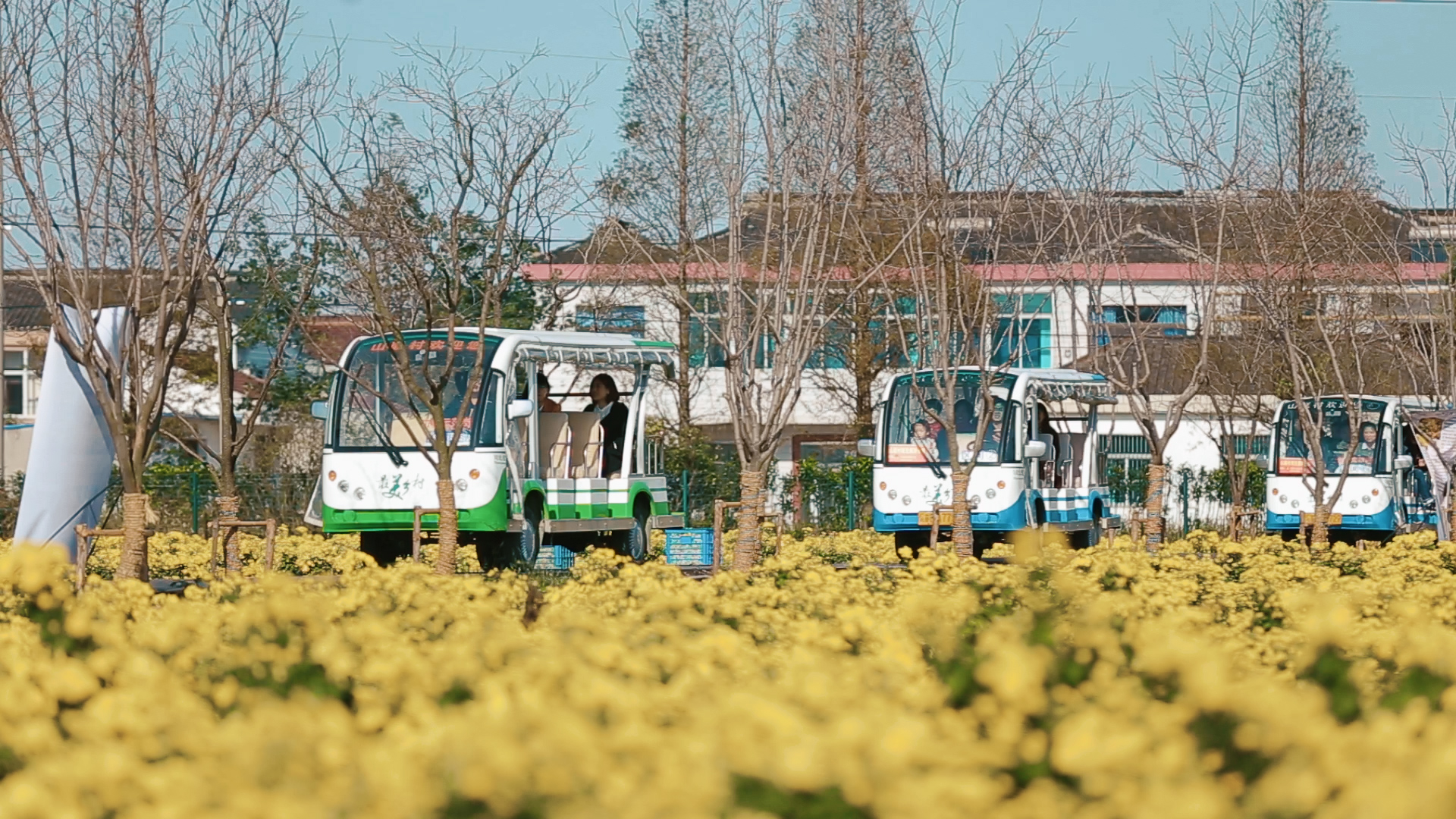 Tourists travel through the Chrysanthemum field in Shanlian village.

Tourists travel through the Chrysanthemum field in Shanlian village.

The internet of things has even meant that places like Shanlian can look at types of industries  it hadn't considered seriously before.

"This is our IoT eel factory, and I can turn on the oxygen machine using my phone. And I can also operate it abroad," explained Deputy Party chief of Shanlian village Yu Jiaye.

That is an innovation which is also being shown on the screens where you can see all the different variables for the eels in the farm, a whole range of factors which affect to make sure that they're run cost-effectively.

While the government infrastructure support helps, the specific innovations and decisions in Shanlian have their major source: the village chief, Wu He. He had been a very successful businessman and entrepreneur elsewhere in China and returned to his home village in 2006 to make a contribution to it. He was put into a leadership position immediately.

He was actually the one who brought Chrysanthemums to the village, testing them for three years on his own farm before the rest of the village saw that it could be a viable and lucrative crop to grow. He has welcomed the graduate officials and nurtured their ideas.

Again, when I hear this type of story, I can't help but feel this has direct relevance for poverty work I do back in African countries. Countries like Ghana are looking to bring in their diaspora to share ideas and innovation from elsewhere, adapt them and make similar transformations in their home villages and cities. But will they get the leadership positions to be able to drive these transformations? Seeing how China has been able to attract talent back to the rural areas is fascinating.

It's a new busy morning. Here in Shanlian Village, everyone is out having their breakfast and tea, and I think it's time now that I reflect on this trip as well.

I always say if development were easy to deliver, we would have done it by now. Whether it's Jeffrey Sach's Millennium villages or Nyerere's Ujamaa villages, rural development has always been notoriously difficult.

Here in Shanlian, we see two experiments: one with integrating agriculture into the full supply chain, including tourism, and two, bringing leaders and entrepreneurs back home to contribute to their home economies. Will it be successful? So far, yes.

However, will it be able to keep the tourists that it is getting right now as the competition from elsewhere heats up? These are questions for the future that no one knows the answer to right now. In the meantime, countries like Ghana, Rwanda, Kenya, Tanzania, are all experimenting with these and other new strategies, I personally think this is a good thing. And I have hope for the future.