Full speed ahead for China's railway development
By Zhao Hong 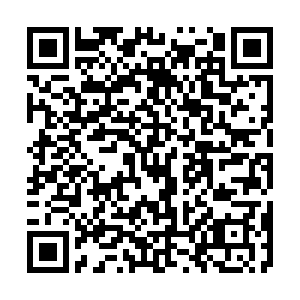 Do you know how long it takes for you to get from Beijing to Shanghai by train? The distance is around 1,200 km, similar to traveling from Seattle to San Francisco, or from Paris to Florence.

The answer is four hours and 18 minutes, on board a high-speed train running at 350 km/h.

Here is a look at how train travel time has shortened between Beijing and other big cities nationwide.

When the People's Republic of China was founded in 1949, a train from Beijing to Shanghai would take nearly 37 hours.

In 2008, China's first high-speed rail (HSR) line from Beijing to the northern port city of Tianjin went into operation. The line cut travel time from two hours to 30 minutes, marking a new epoch in the development of China's railway system.

China's HSR is now spread throughout 30 provincial-level administrative divisions (out of 34,) shown in red on the graphics. Passengers can reach 23 of them from Beijing within 10 hours. 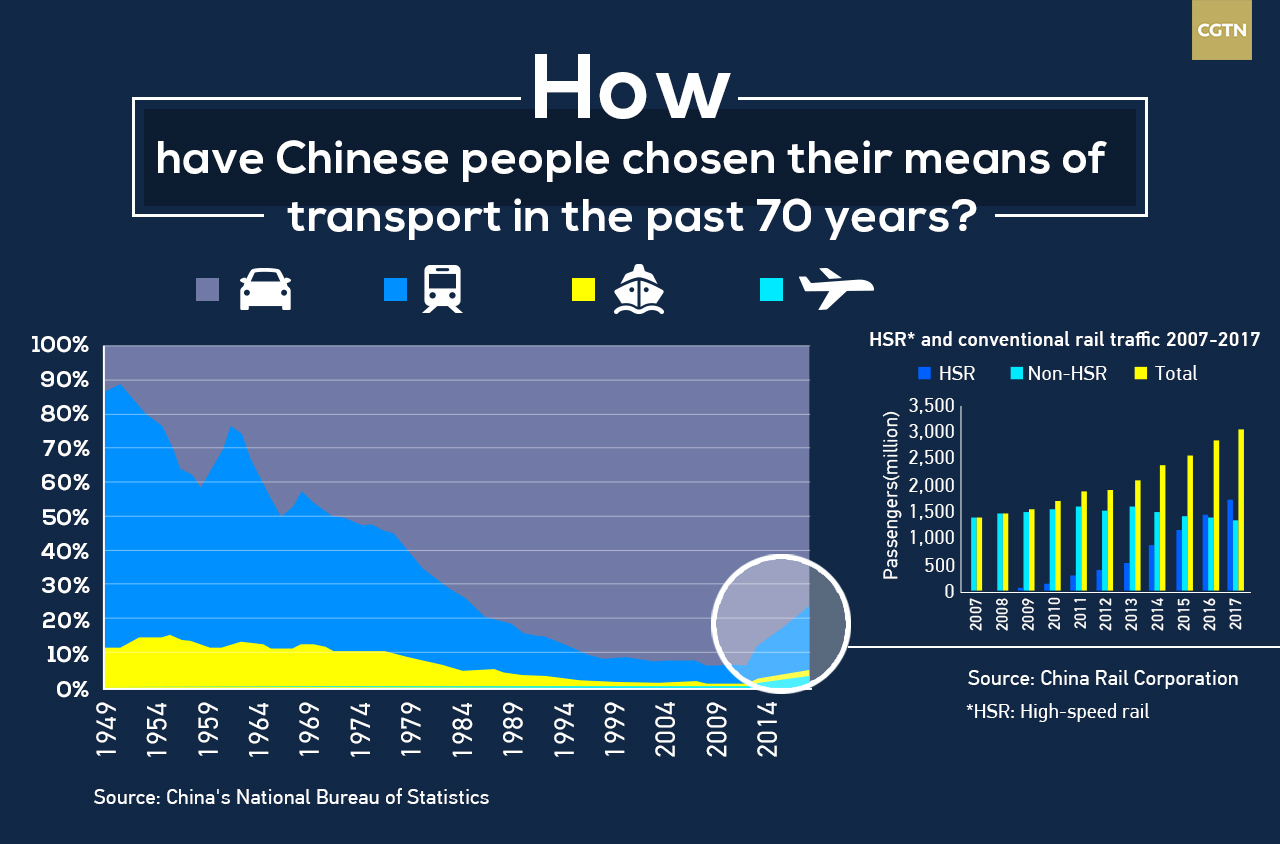 Since the opening of the first HSR line in 2008, total rail passenger volume has grown at 8.5 percent per year. It also changed people's travel patterns — conventional rail traffic has grown at an annual rate of 0.5 percent, compared to 81 percent for HSR.

With a ridership of two billion passengers in 2018, HSR has brought new life to train travels. A broad range of travelers from different income levels choose HSR for its short travel time, comfort, convenience, safety and punctuality. It facilitates labor mobility, family visits, tourism, and expansion of social network.

An extensive HSR network made all these changes possible. Over the past 10 years, China has put into operation over 31,000 km of dedicated HSR lines, far more than high-speed lines in the rest of the world combined. According to the latest data of the International Union of Railways, China accounts for two thirds of the world's total high-speed rail networks. 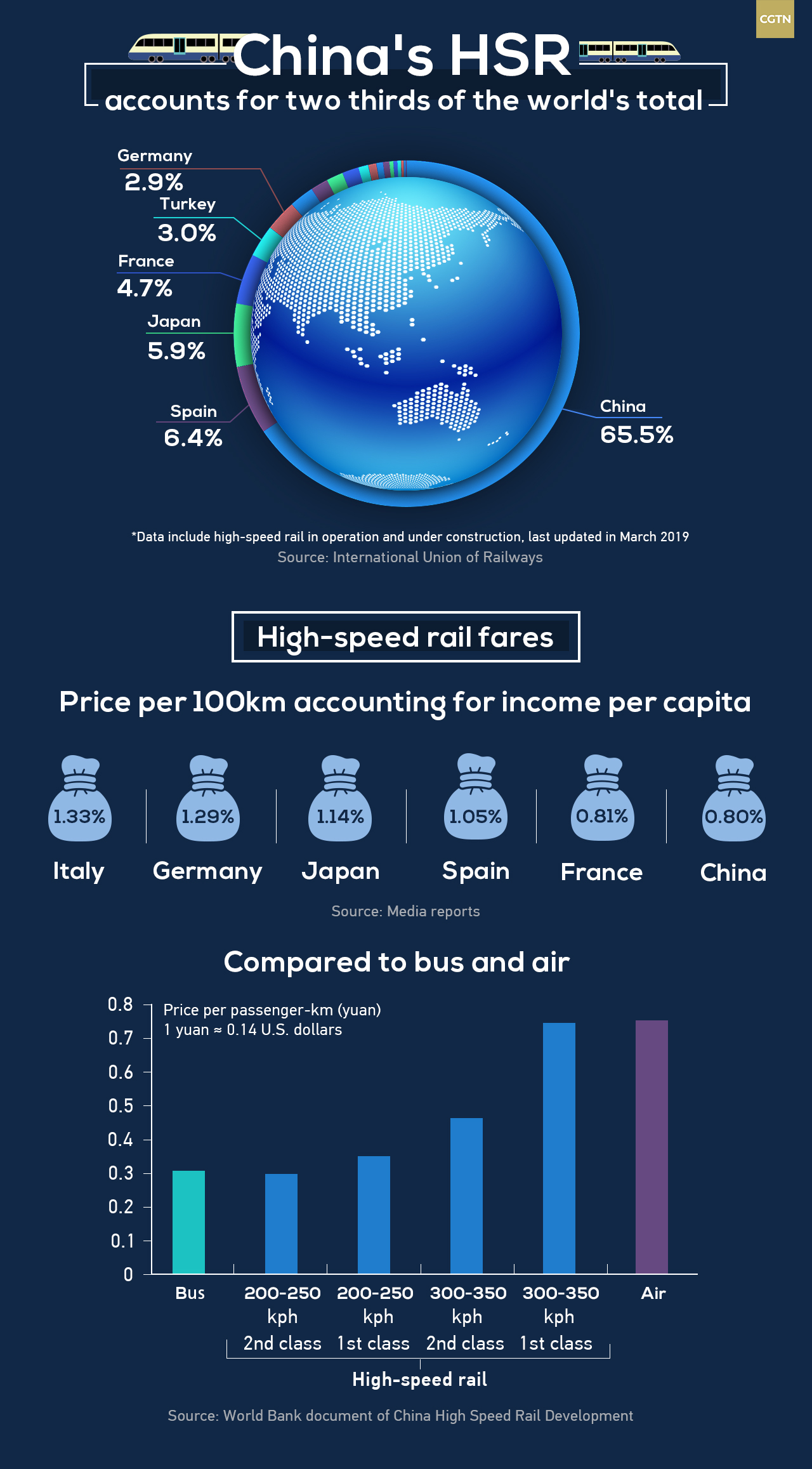 And the HSR prices in China are kept at a relatively low level, making it accessible to a large part of the population. They are much cheaper than fares in most other countries, and are competitive with other modes in markets.