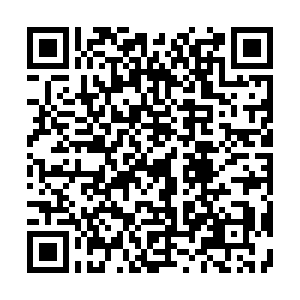 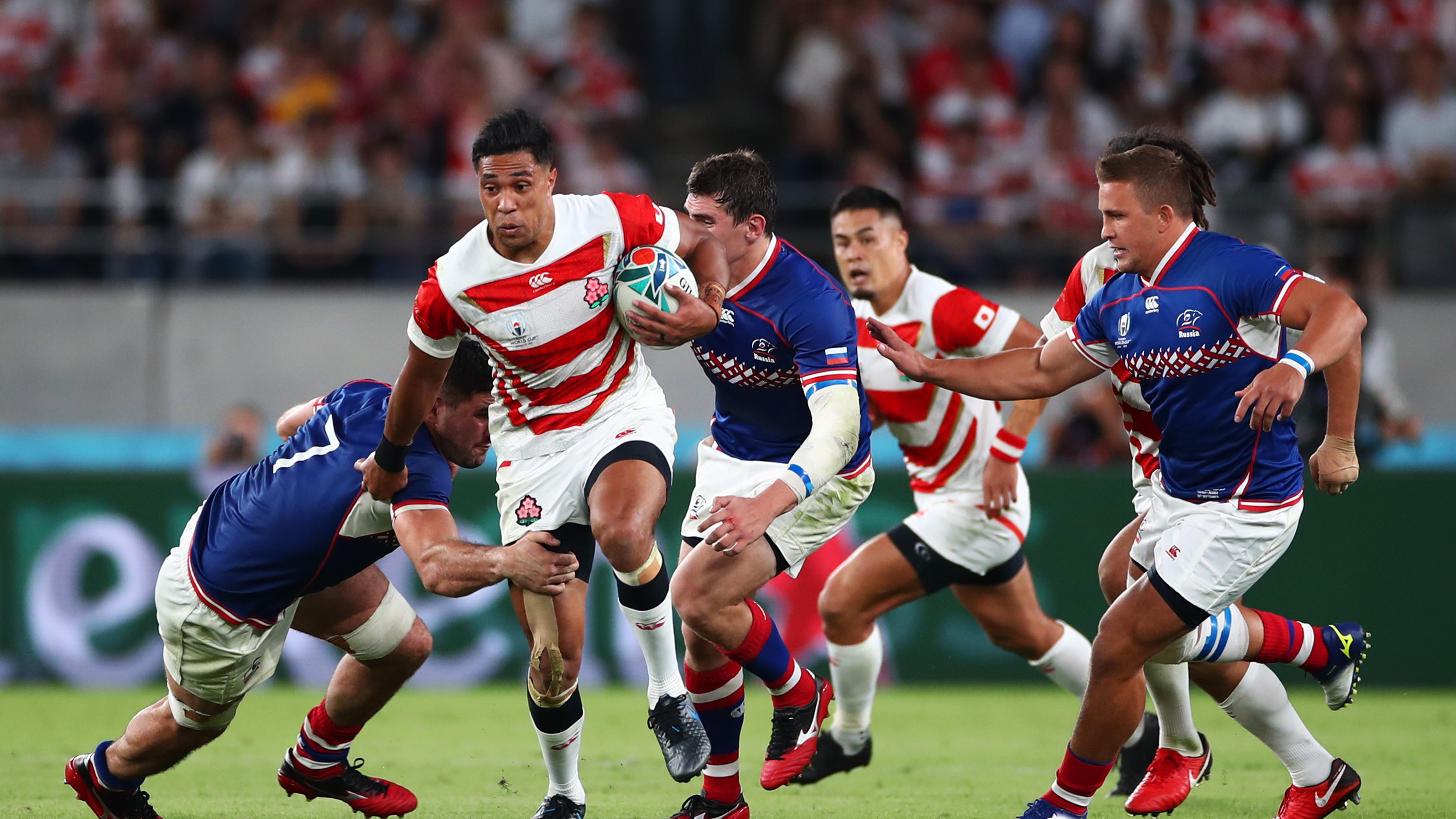 William Tupou of Japan is making a brwawk during the Rugby World Cup 2019 Group A game between Japan and Russia at the Tokyo Stadium, September 20, 2019, Chofu, Tokyo, Japan. /Getty Images

William Tupou of Japan is making a brwawk during the Rugby World Cup 2019 Group A game between Japan and Russia at the Tokyo Stadium, September 20, 2019, Chofu, Tokyo, Japan. /Getty Images

Rugby World Cup has officially made a touchdown on Asian soil. And it's on a day that marks the biggest upset in the history of the Rugby Union's quadrennial flagship event.

Four years ago, on September 20, Japan won a David vs Goliath battle against two-time former world champions, South Africa, making their mark in the big league. Four years later, Japan has justified their fast-growing status as a formidable competitor by making a splashing start to the tournament with a 30-10 victory over Russia at Tokyo Stadium.

Playing in a stadium filled with home fans, the hosts came under severe pressure just a few moments after kick off. The Russians not only got an early line out just a couple of meters away from the Japanese touchline, but also a penalty close to the danger zone. Their barrage of attacks paid off in the 5th minute of the game as Kirill Golosnitskiy scored the first try of the 2019 World Cup, much to the shock of home fans. 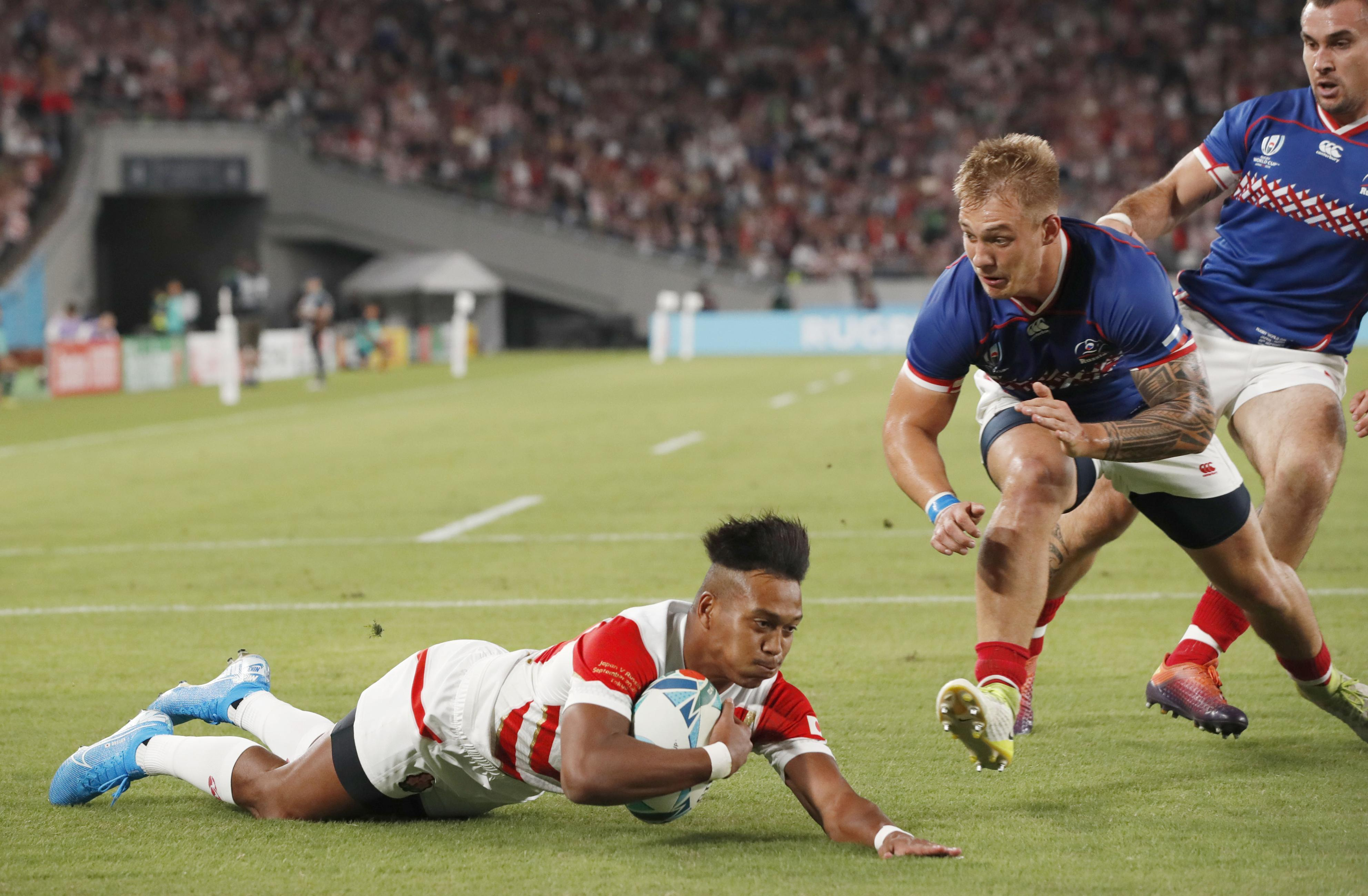 Kotaro Matsushima of Japan scores a try during the first half of a Rugby World Cup Pool A match against Russia, Sept. 20, 2019, Chofu, western Tokyo. /Getty Images

Kotaro Matsushima of Japan scores a try during the first half of a Rugby World Cup Pool A match against Russia, Sept. 20, 2019, Chofu, western Tokyo. /Getty Images

A rejuvenated Japan bounced back scoring a try in the 10th minute with Kotaro Matsushima, but Russia still held on to their slender two-point lead for much of the first half. Matsushima almost clinched the lead in the 34th minute but his attempted try was ruled out. His next break came in the final minutes of the first half. His second try of the game not only gave the host nation a much-needed 12-7 lead, but also a big boost for the second half.

The home side extended their lead in the second half to 15-7 with a Yu Tamura penalty just a few minutes into the game. This was followed by a stunning try by Pieter Labuschagne within the first 10 minutes after half-time.

Tamura's subsequent conversion shifted the score line to 20-7, much to the comfort of home fans. Just before he was substituted, Tamura scored another penalty. That set the stage for Matsushima to clinch a hat-trick of tries. Even though the Russians tried hard to claw their way into the game in the final minutes, the buoyant Japanese team held on to their lead and won with a resounding 30-10 victory.

Earlier, the gala opening ceremony saw a tableau version of the centerpiece of Japan, Mount Fuji, being recreated on the pitch as dancers and acrobats performed around it. The centerpiece of the entire show, however, was two-time Rugby World Cup winner and former New Zealand legend Richie McCaw emerging from the dismantled Fuji San to the beat of Japanese Taiko drums and roaring applause from the stands.

One of the most-viewed sporting event across the globe, this year's Rugby World Cup is the ninth edition as the world's top 20 national teams will be playing in 48 matches hosted across 12 cities in Japan for the next six weeks.