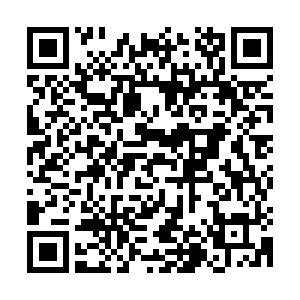 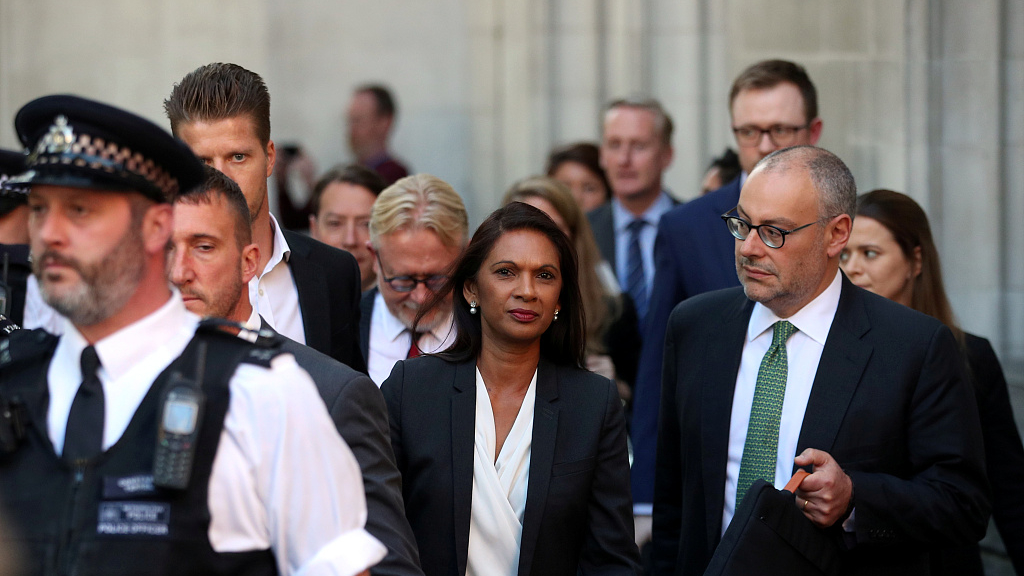 Editor's note: Thom Brooks is dean of Durham Law School and professor of Law and Government, Durham University. The article reflects the author's opinions, and not necessarily the views of CGTN.

Prime Minister Boris Johnson's decision to prorogue, or "suspend," Parliament through a request to the Queen has come before the UK Supreme Court. Their deciding verdict could have profound consequences – and potentially trigger a constitutional crisis of Johnson's own making.

At issue were two questions. The first was whether there are limits on how the power to suspend Parliament is applied. The second was whether such a power is subject to judicial review by the court.

The government's arguments are straightforward. They claimed the power to suspend Parliament and whatever reason the Prime Minister might have for making such a request is a purely political one and so not a matter for the court to express a view one way or the other.

After winning in cases heard in England and Northern Ireland, the government had begun proceedings with some misplaced confidence. However, it had been stung by a defeat in Scotland where the unanimous verdict was that Johnson had an improper motive for suspending Parliament rendering his request to the Queen unlawful – and so the suspension was deemed null and void.

A second key point concerned purposes. Many Prime Ministers have suspended Parliament before announcing a new Queen's Speech and its legislative agenda. However, these suspensions ending one session of Parliament before opening another are normally a matter of days as more of a formality. They were never as long as five weeks and no purpose seems served by such an exceptionally long period other than to prevent Parliament from holding the government to account at a critical point in the Brexit negotiations.

Arguing against the government, Lord Pannick – perhaps one of the UK's greatest living barristers – made the point that if Parliament could be suspended without limits by a Prime Minister for five weeks, then what is to prevent him doing so for five months – or longer? We should expect to see this issue addressed in the court's verdict. 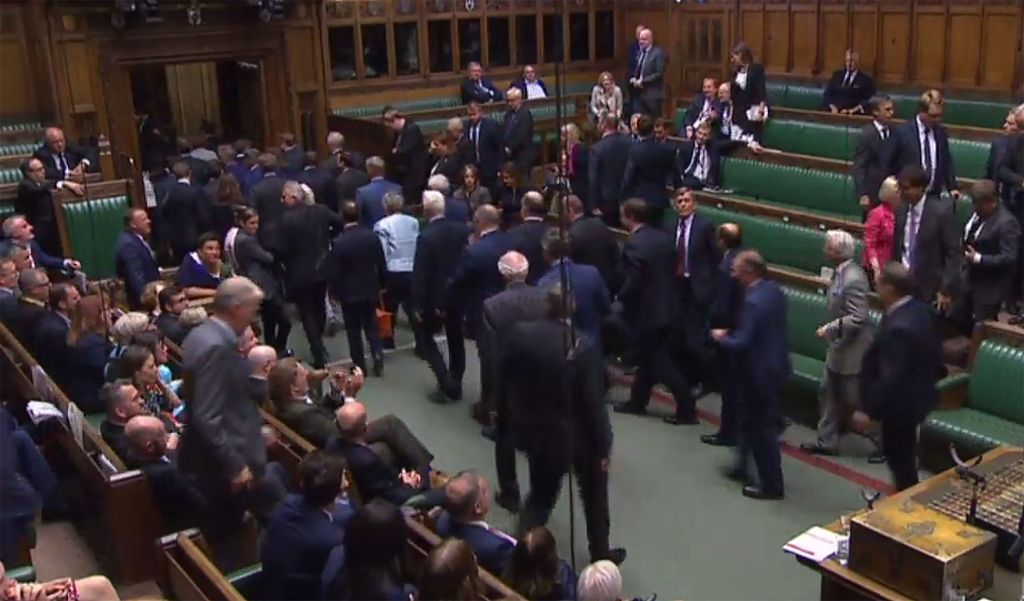 A video grab from footage broadcast by the UK Parliament's Parliamentary Recording Unit (PRU) shows members of parliament walking from the House of Commons to the House of Lords in London during the ceremony to prorogue (suspend) parliament, September 10, 2019. /VCG Photo

A video grab from footage broadcast by the UK Parliament's Parliamentary Recording Unit (PRU) shows members of parliament walking from the House of Commons to the House of Lords in London during the ceremony to prorogue (suspend) parliament, September 10, 2019. /VCG Photo

As the hearings came to a close, there was an extended discussion about remedies such as, if it were to lose the case, what would the government do next. Such talk gave the clearest indication thus far that there is a majority against the government. It did not help Johnson's case that his side refused to accept they'd reconvene Parliament if they lost – or simply prorogue again immediately in seeming defiance of their verdict.

The verdict is likely being drafted by Supreme Court President Lady Hale this weekend and – whichever side it takes – the court will be clarifying the range and scope of proroguing Parliament that will have repercussions for many, many years to come.

As the first legal commentator to predict the government will lose, this may immediately plunge the country into a constitutional crisis. The Prime Minister will have been found to have misused his office in making an unlawful request to the Queen – which not only damages 10 Downing Street but taints the monarchy. In normal times, this would be a clear resigning matter and we should expect to see Parliament reconvened immediately.

Of course, it is hypothetically possible Johnson wins and gets his way anyway. However, if he fails as I believe he will and should he fail to honor the verdict in full, Johnson will be providing over rogue-like minority government unable or unwilling to secure a majority for any new legislation and only holding onto power by squatting in Whitehall.

Alternatively, Johnson could fall on his sword by resigning - becoming the shortest ever lived Prime Minister – only to contest a general election widely predicted now for November.

It is unlikely voters will run away from him because of these constitutional issues. But what will cause Johnson problems is his weakness on being trusted, highlighted by his personal circumstances. If he can neither be honest at home or Buckingham Palace nor to MPs, then what can the public believe? This is a major problem for any such plans to return to power.

More widely, he neglects at his peril the strong appeal of the British value of fair play. If found to have acted dishonestly and deceptively breaching his constitutional powers, this is very unlikely to go down well with the public. We see signs of this now. While chosen by Tory members for his presumed populist popular appeal, daily embarrassing stories of Johnson being shamed by the public show that even if losing this case may not harm his chances of continuing as Prime Minister then his unpopular form of populism will do it instead.