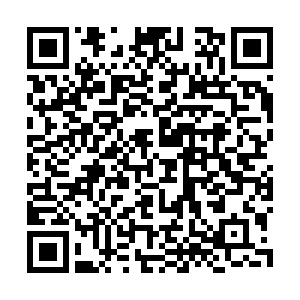 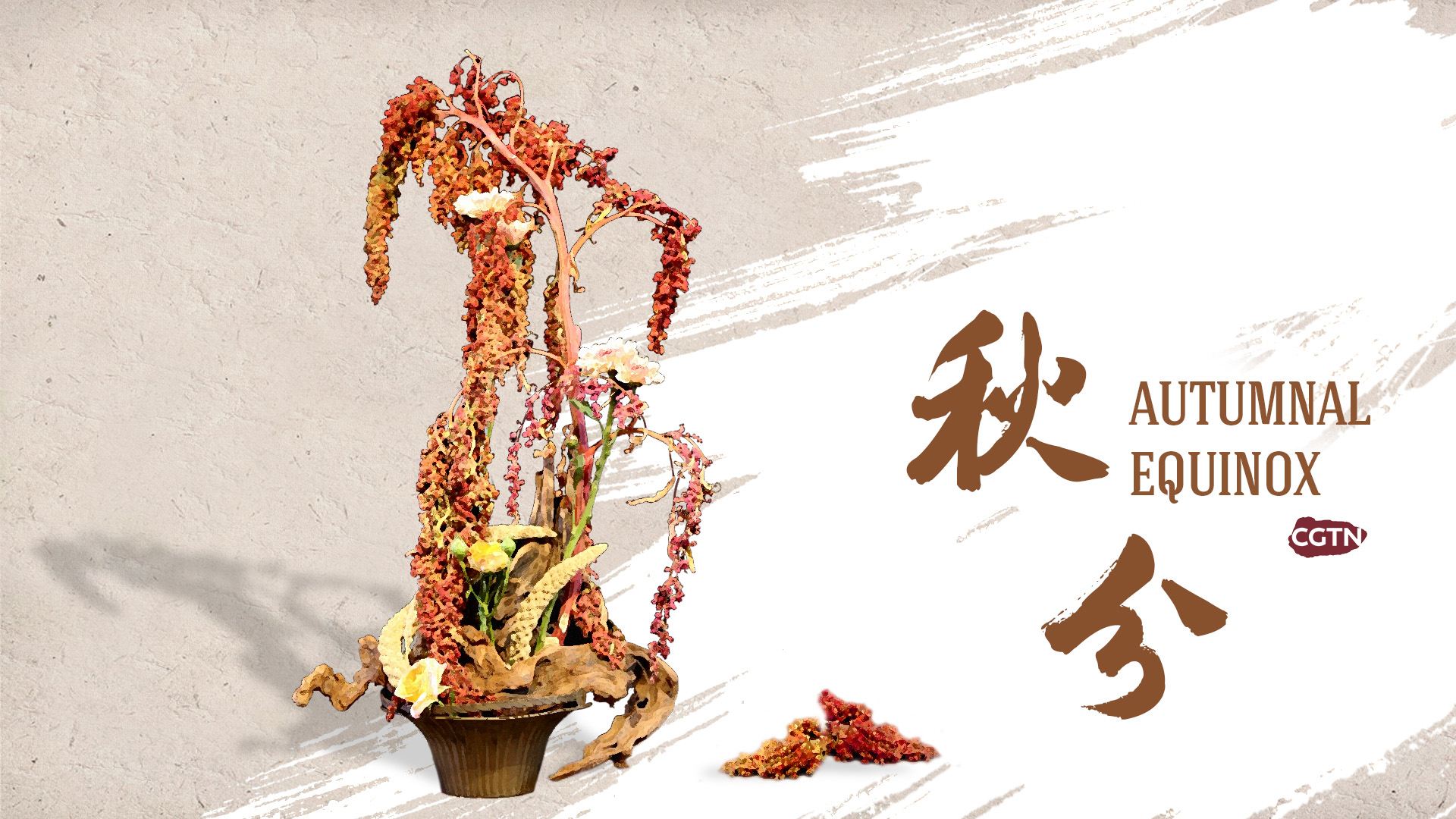 With leaves turning golden, mists fogging the morning and temperature getting balmy, autumn is the perfect time to settle in a cozy chair with some miniascapes in company.

Autumnal equinox, or qiu fen in Chinese, marks the middle of the 90-day long autumn. It's the time of year when the taste of autumn is at its strongest. Falling on September 23 this year, it is when night and day are equal in length for the second time in a year, after vernal equinox, or chun fen, which occurs around March 20.

The solar term also marks Chinese Farmers' Harvest Festival, which was established in 2018 by China's State Council to celebrate the harvest for farmers across the vast agricultural country. 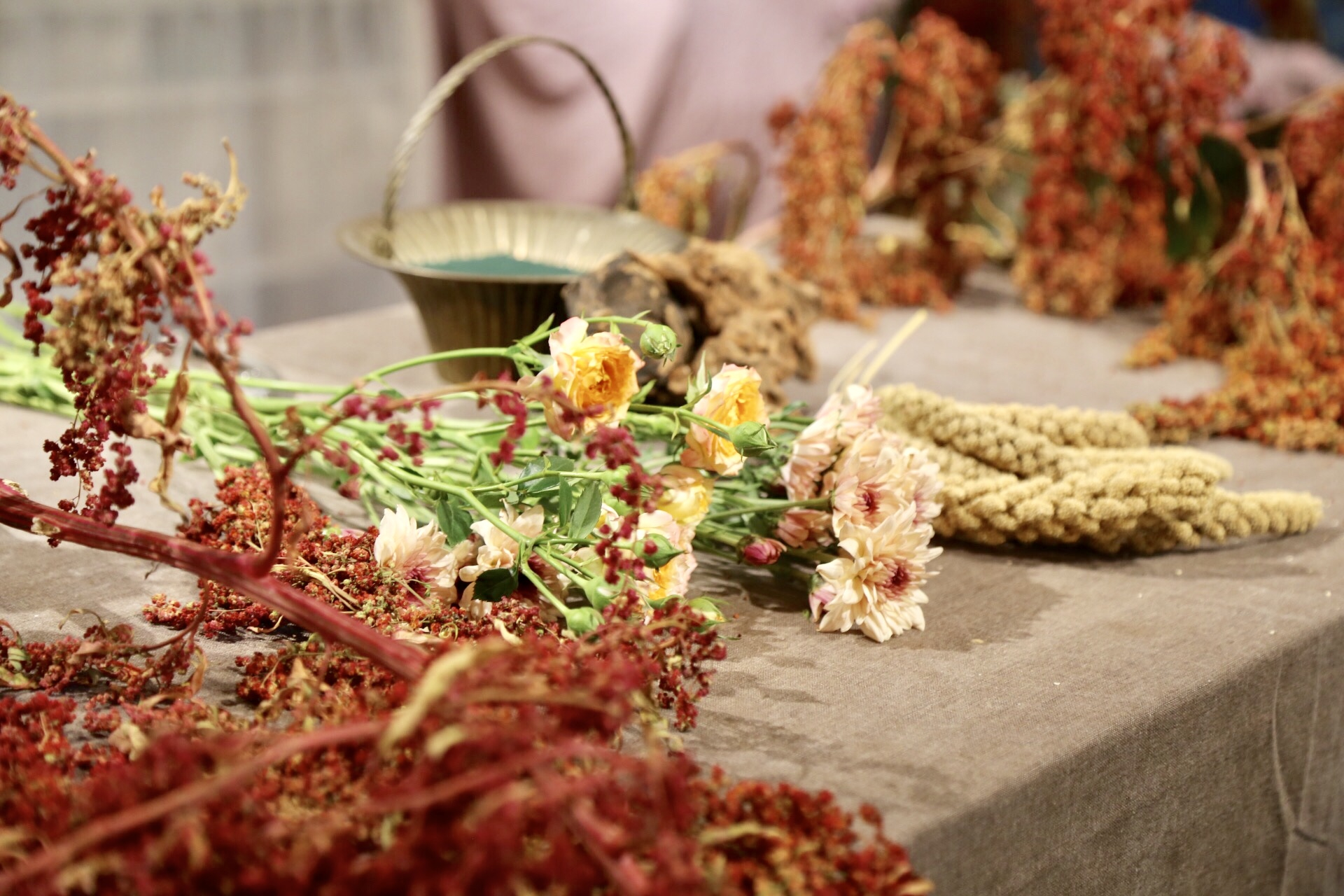 Chrysanthemum is a good seasonal representative in fall. Early chrysanthemum usually blooms in mid-September. Enjoying the sight of blooming chrysanthemums has long been something of a ritual for Chinese people to do in autumn. "Th autumn wind in the night splits the seams of a yellow chrysanthemum" is one of the well-known Chinese poems about the flower. 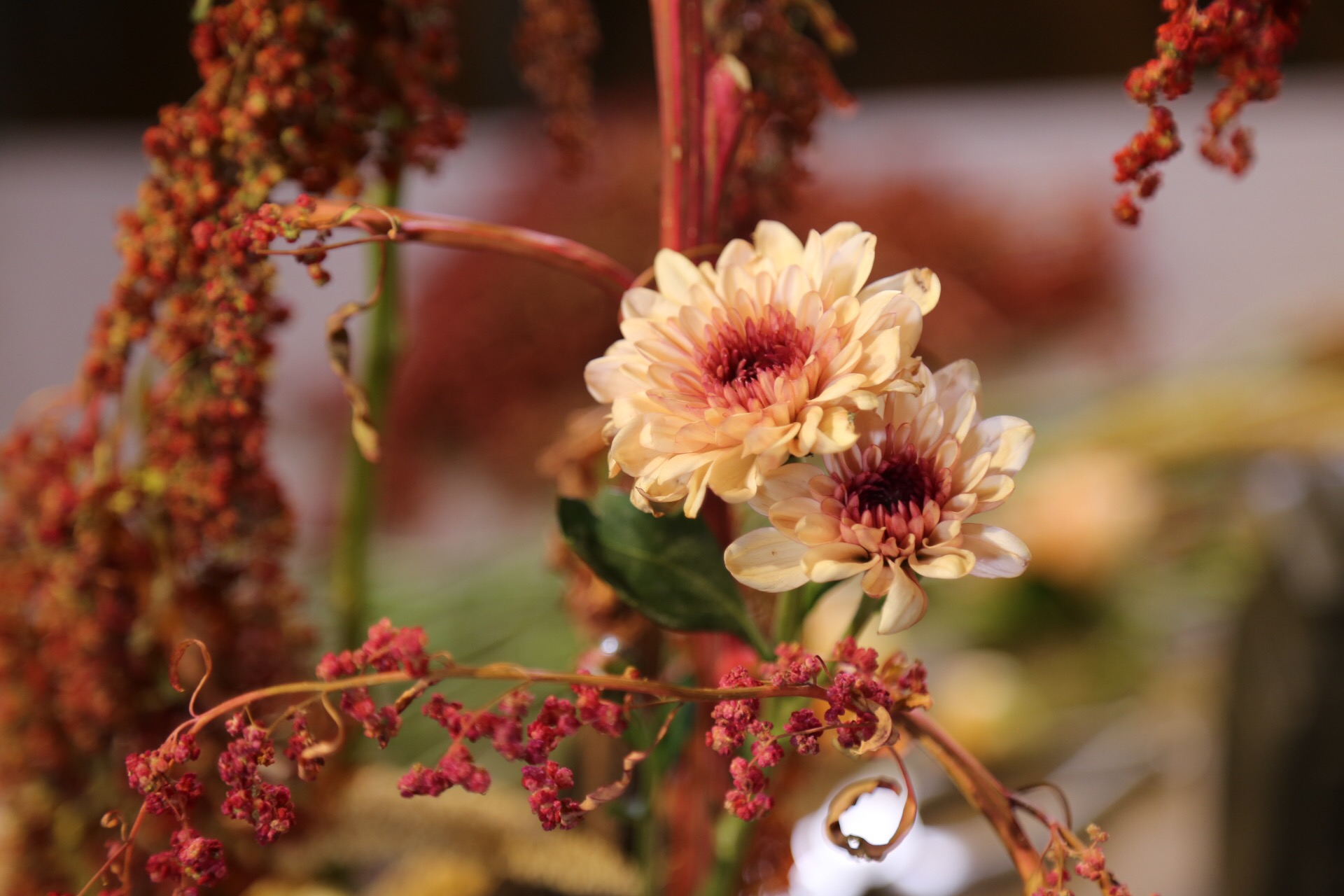 Senecio radicans and roses are not that seasonal compared with chrysanthemum. Cherry chose them mostly for the sake of color and shape.

"The Senecio radicans is flourishing red and its inflorescence looks very much like small ripened fruits; while the light-golden roses give us a very warming feeling and play a role in balancing the color of the overall flower arrangement," Cherry told CGTN. 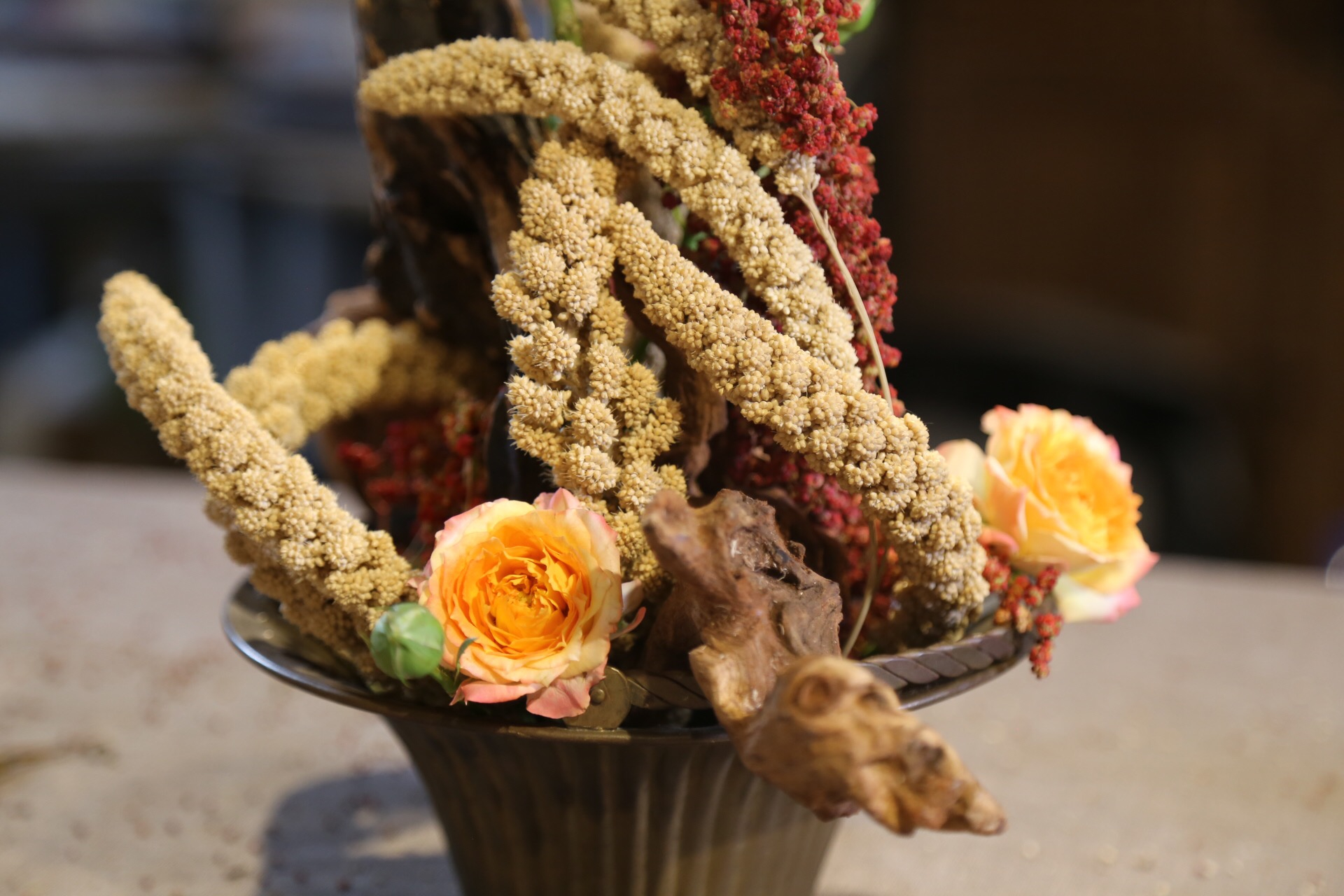 The millet tassel, in a strict sense, is not a flower. Calling it a "very special guest," Cherry explained she chose it in order to create a strong harvest atmosphere. 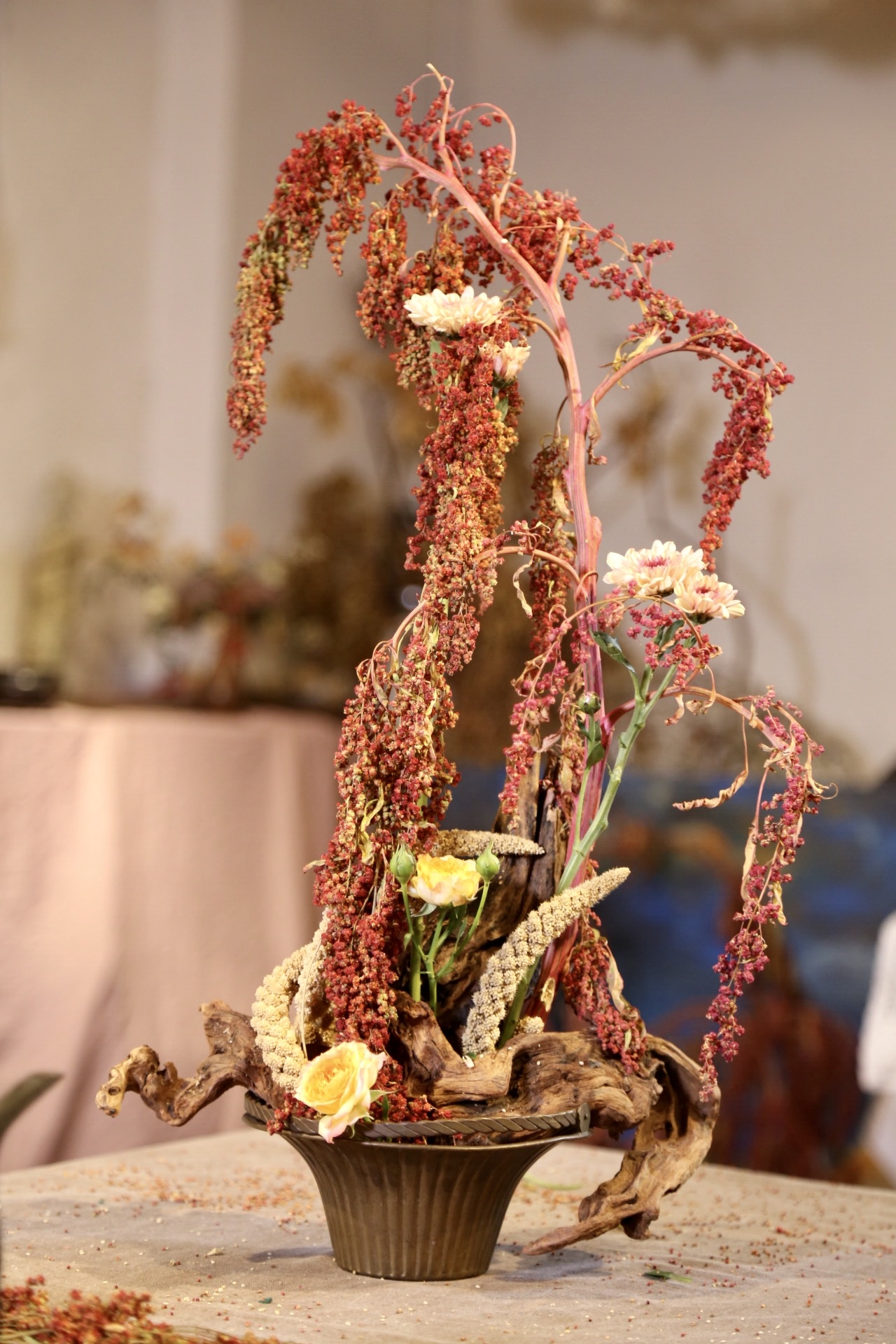 With such an adorable miniascape, do you smell the strong scent of autumn?