Graphics: How China feeds its 1.4 billion people
By Hu Yiwei 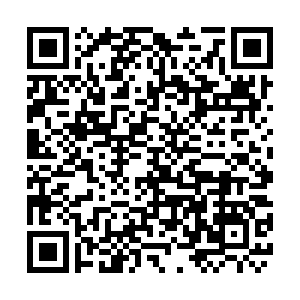 Chinese agricultural scientist Yuan Longping keeps talking about his dream of growing hybrid rice so huge that he could one day "hide in the shadow of the rice crops."

China's food and agricultural system has undergone historic transformation to solve the problem. 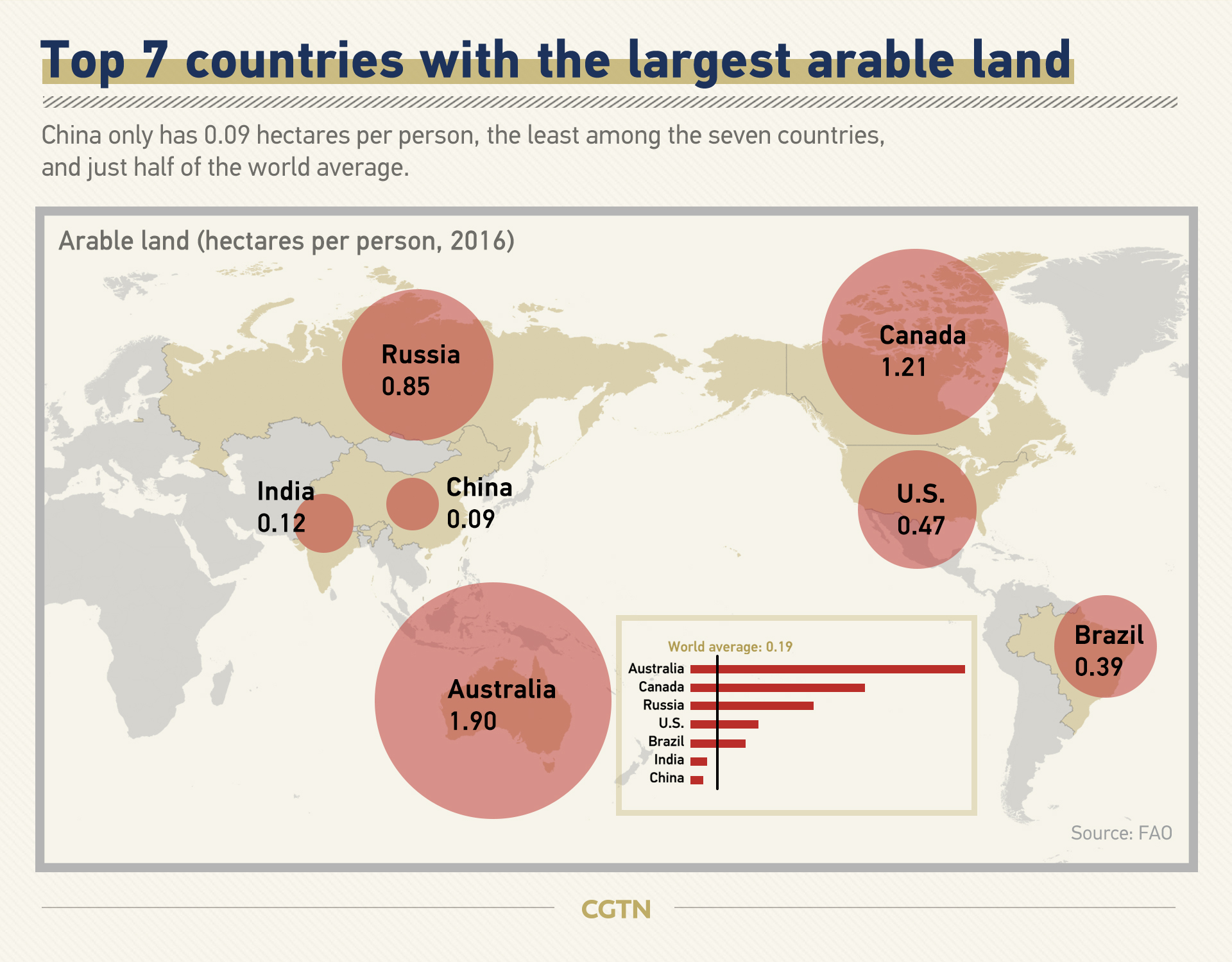 Back in 1949 when the People's Republic of China was founded, there was less than 600 grams of food available for each Chinese a day. The Chinese older generation can still recall the days when they had to buy meals with liangpiao, a food coupon issued by the government when food was scarce.

The per capita output has more than doubled from 209 kg to over 470 kg, above the world average.

The self-sufficient ratio of China's three staple crops – rice, wheat and corn – is now above 98 percent.

"China's achievements in reducing hunger dominate the overall performance of Eastern Asia," the United Nations Food and Agriculture Organization (FAO) said in a report in 2015.

This year China is also expecting a bumper harvest of crops from rice to corn and soybeans, according to officials.

China has now become both the world's largest producer and consumer of agricultural products. It is producing half the vegetables and 30 percent of fruit.

Over a quarter of the global meat output also comes from China and its output of aquatic products has been ranked first in the world for 30 years.

Today, the government's requirement for food production not only ensures that 1.4 billion Chinese people "have enough to eat," but also to "eat well."

With many more food options for daily consumption, the Chinese diet has become healthier and more diversified. 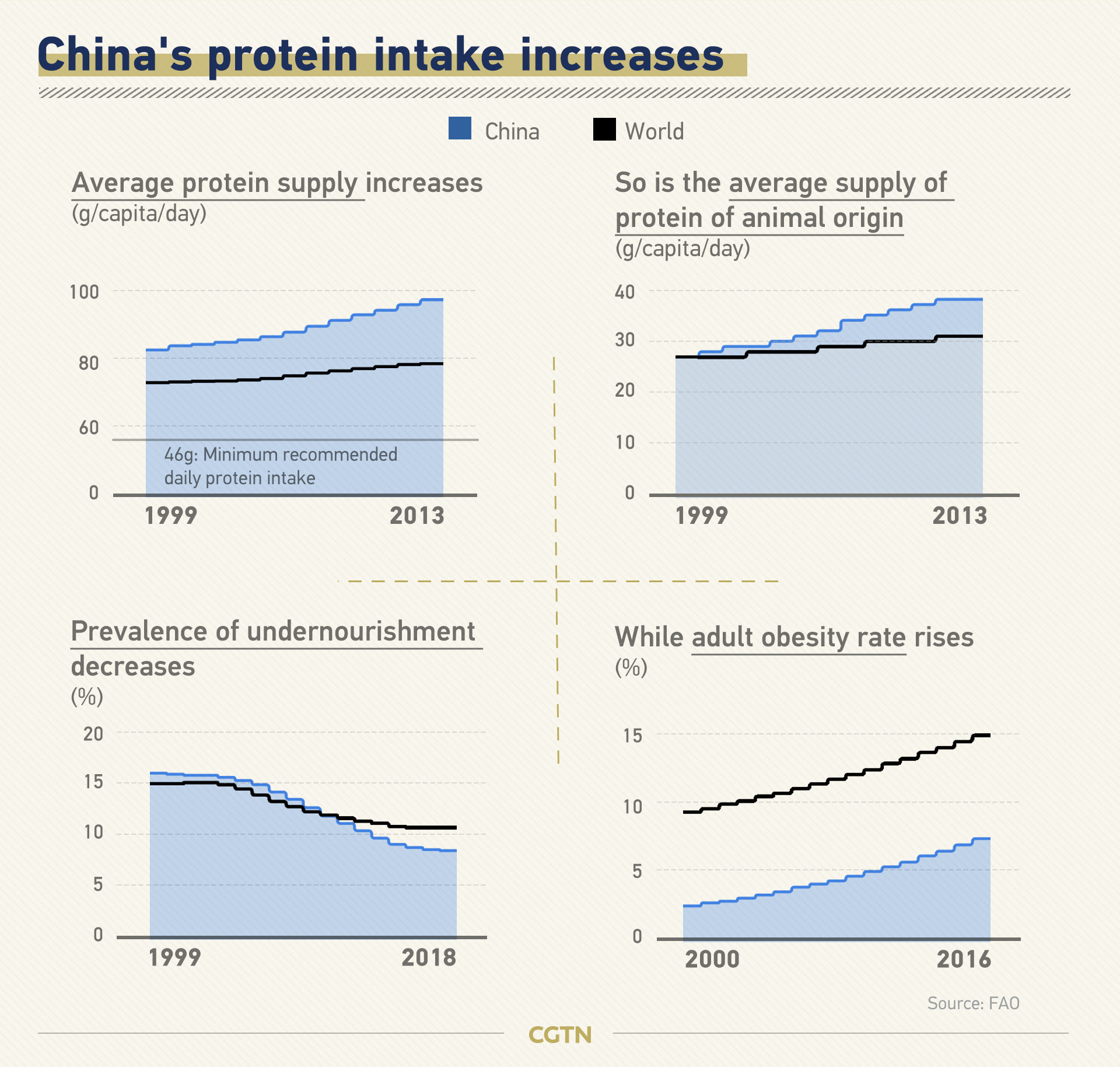 The reduction coincided with China's economic rise and openness. The surging income stimulated the appetite of the country's burgeoning middle class, who tend to care more about food quality and nutrition and look for more food supplies overseas.

The recent keenness for avocado is one of the most prominent examples. In 2017, China imported over 30,000 tons of the fruit, over 1,000 times the amount in 2011. It is also trying to grow avocado domestically. 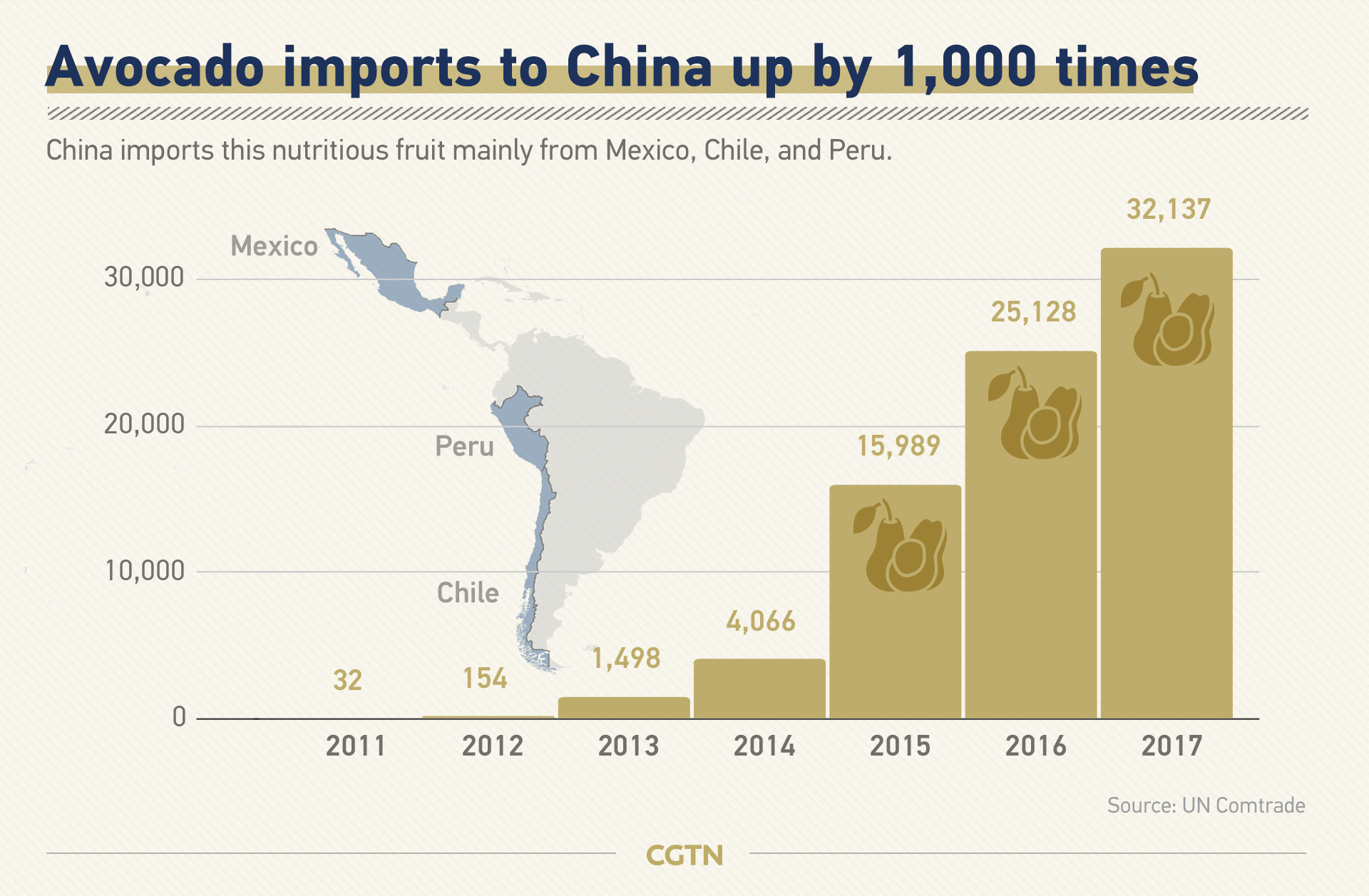 China's food consumption has transformed from merely warding off starvation to eating for enjoyment, with increasing demand for food quality, nutrition and diversity.

China's remarkable achievements in agriculture are the result of policy support as well as improved infrastructure and the development of agricultural science and technology.

Technological progress contributed to 58.5 percent of China's agricultural growth in 2018, over 30 percent above the figure of 40 years ago, according to official data.

Large machinery and technology have been promoted. The overall rate of mechanization in major crop plowing, sowing and harvesting is more than 80 percent, revolutionizing the old way of heavy manual labor. 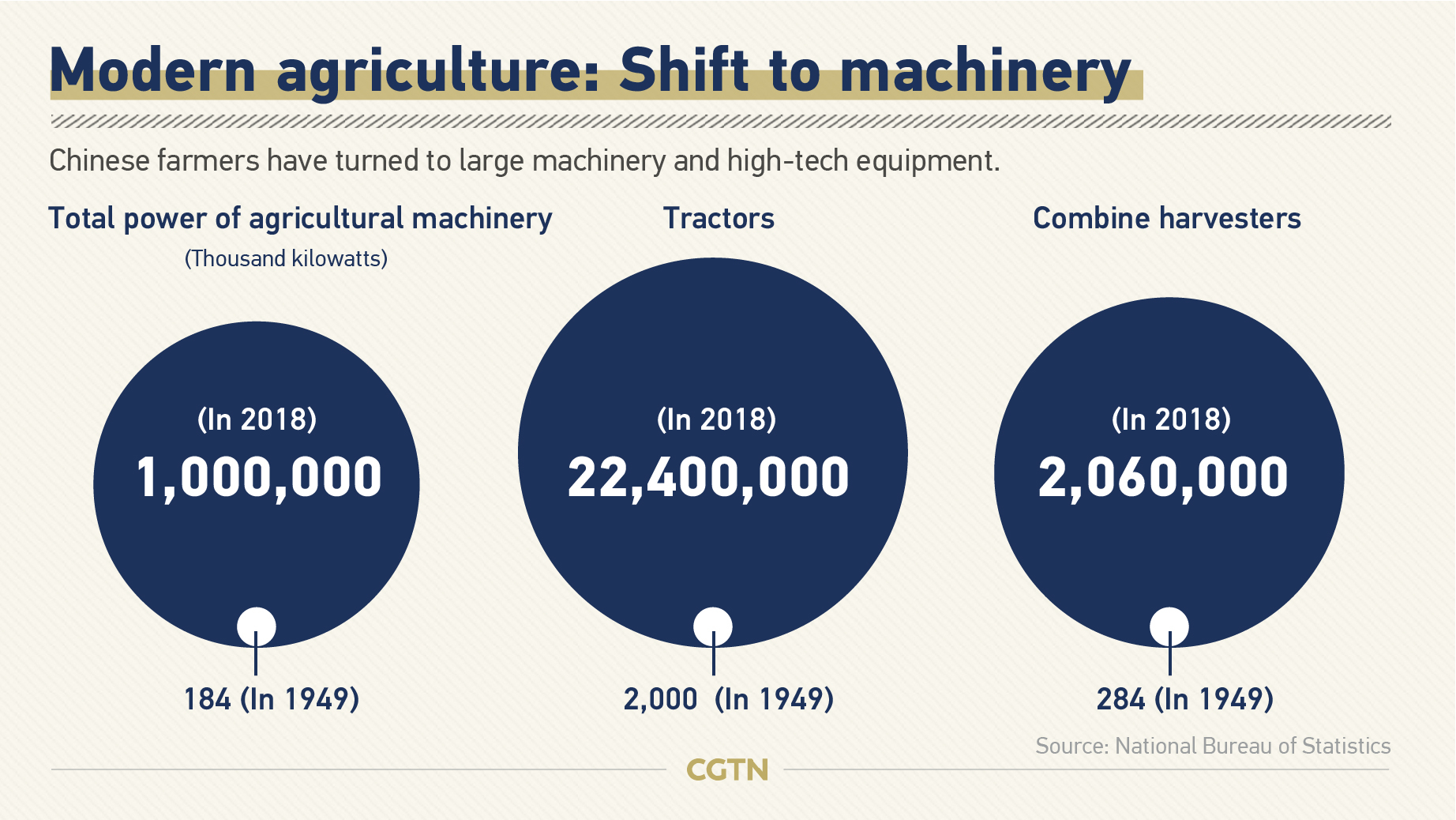 Besides raising yield, China is also striving to improve the quality of its soil and to reducing water and fertilizer use.

Further modernization of farm practices is underway, according to the Chinese Academy of Agricultural Sciences (CAAS).

Starvation is no longer bothering China, while avoiding a food crisis has always been, and will continue to be among the nation's top priorities.